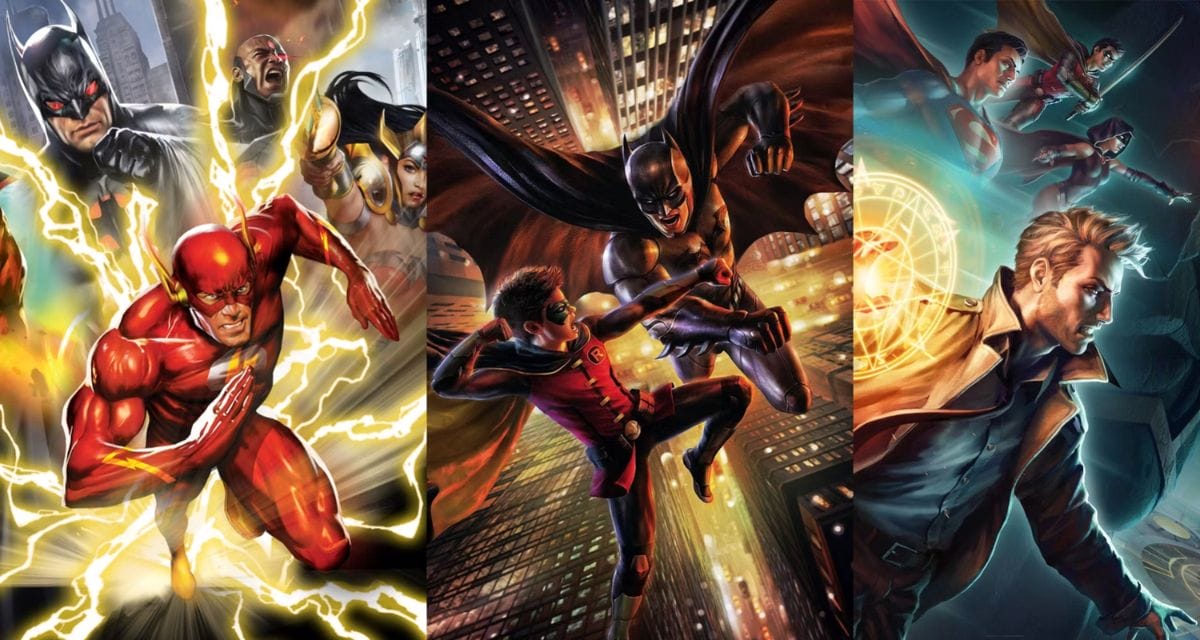 7 The Long Halloween: Part One – Batman

DC’s animated films should not be as excellent as they are. Undoubtedly, there have been some duds. Some of the most popular DC Comics stories, including The Killing Joke and Batman: Hush, did not receive the adaptations they deserved. Others, such as Batman: The Long Halloween and Batman: Under the Red Hood, received outstanding adaptations that are among the studio’s finest animated works. The strongest pieces are dispersed among DC’s decade-long animation catalogue.

In honor of the impact of DC’s animated adventures, and in anticipation of the forthcoming animated adaptation of Injustice, we’ve compiled a list of the seven best animated films DC and Warner Bros. have produced to date.

7. The Long Halloween: Part One – Batman

Batman: The Long Halloween, Part One, which was released earlier this year, presents a story that is both gripping and full of shocks. Jeff Loeb and Tim Sale added a calm, brooding strength to the source material, preserving Batman’s investigative roots while attempting to advance the character in novel ways.

The plot centres around the Caped Crusader’s search for a serial killer with a holiday motif. The Holiday Killer has begun murdering members of the Falcone crime family, raising tensions between them and their rivals, the Maronis. Obviously, in his attempt to find Holiday, Batman places himself in greater danger than normal by placing himself between two feuding families.

Batman: The Long Halloween’s emphasis on Batman the Detective is one of the film’s sharpest features; yes, Batman can smash skulls and break limbs, but part of his allure has always been his ability to vanquish his enemies via analysis, determination, and devilish cunning. This element is taken from the source material and adapted for the screen. The outcome is bone-chilling genius. 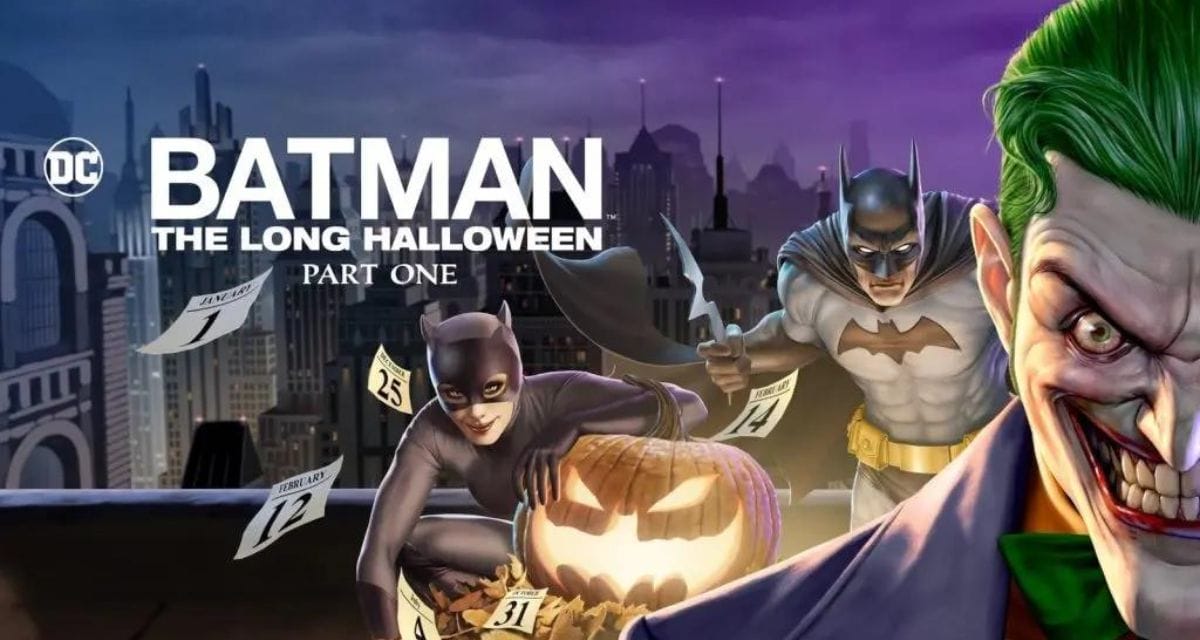 Justice League Dark: Apokolips War encapsulates all that the superhero genre has ever been: gargantuan, action-packed, and fleeting. But there’s more to it than that. Apokolips War is an epic of cosmic consequence that takes super-folly to a deliciously dark place without holding back.

Justice League Dark: Apokolips War concluded one continuity and paved the way for a variety of entertaining solo storylines and eagerly awaited adaptations. It is a masterfully designed finale that does not go as expected, and it goes to considerable lengths to examine the concepts of success and defeat.

In 2004, DC published DC: The New Frontier by author/illustrator Darwyn Cooke. Because the limited series was an instant classic, it was inevitable that DC would want to adapt it to animation. After four years, they obtained one.

Adapting Cooke’s groundbreaking superhero epic was never simple. The man was a middling master whose brilliance was absurdly impossible to duplicate. Thankfully, Justice League: The New Frontier was created with the understanding that it is not meant to replace its source material, but rather to supplement it.

Justice League: The New Frontier is incredibly exciting, startlingly imaginative, and visually stunning. However, it cannot compete with Cooke’s series in terms of depth and complexity. It is superior to most of what DC and Warner Bros. Animation would do in coming years; even now, it stands as one of DC’s finest animated adaptations. 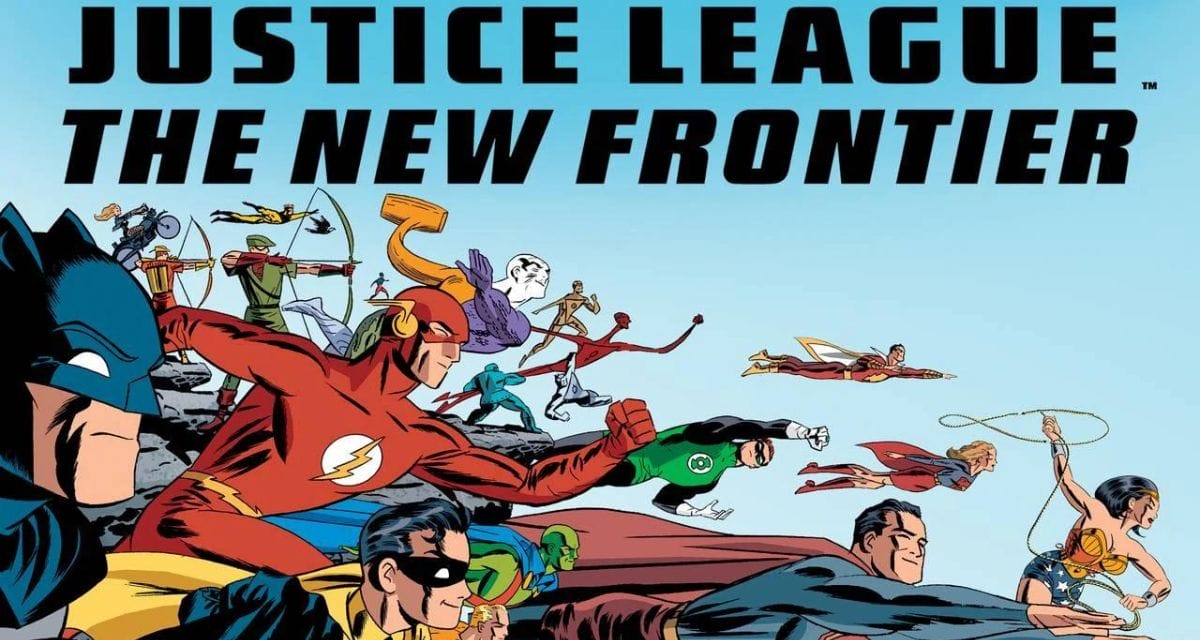 4. Batman: Mask of the Phantasm

What else can be said about Mask of the Phantasm that hasn’t already been stated? The film solidified Mark Hamill’s Joker as one of the greatest animated villains of all time, gave the Phantasm fresh dread and significance, and improved Batman: The Animated Series in ways many believed impossible.

The directors Bruce Timm and Eric Radomski did not simply adapt the animated series’ unique aesthetic to the big screen. They brought with them a group of great writers and producers in the belief that, collectively, they might create a remarkable story. Warning: that is precisely what they did.

It’s incredible that one of the best and most complex Batman pictures is an animated film that was originally intended for direct-to-video distribution. Now, decades after its premiere, it still holds up against the most popular tales of the Caped Crusader. 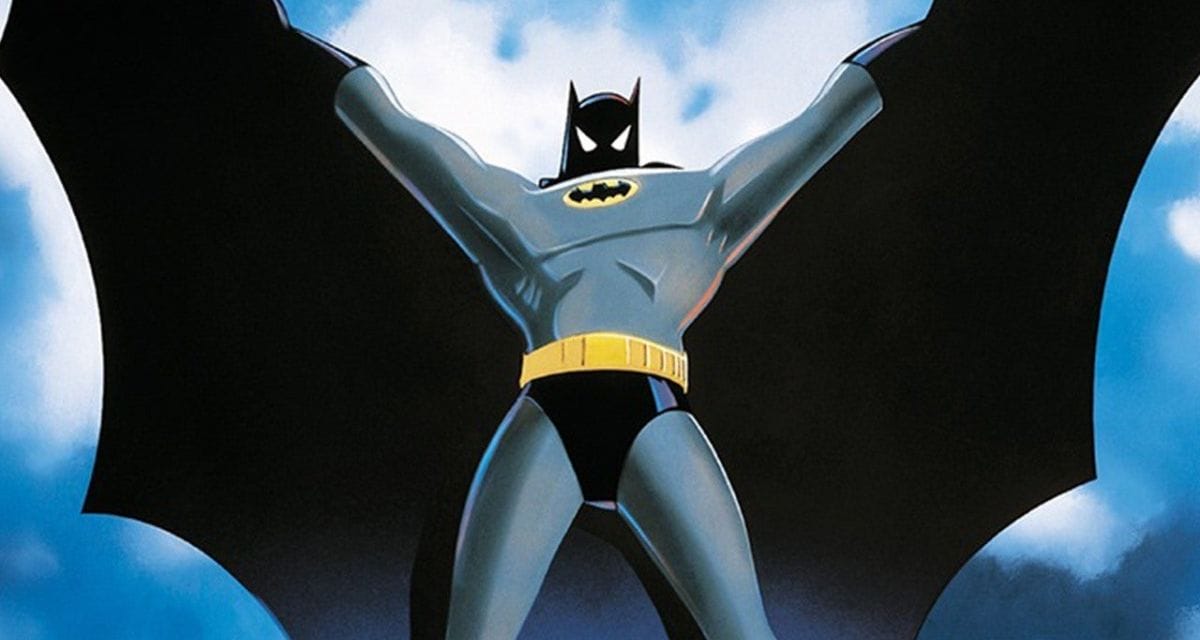 Superman: Man of Tomorrow shocked me to my core. Chris Palmer, working from a hard-hitting scenario by Tim Sheridan, delivers us a Superman tale that is emotional, action-packed, and reliant on the popularity of two great B-list characters.

Lobo and Parasite were highlights of the animated series Superman. Lobo is just as much of a scene-stealer there as he is here; he devours every minute and wrestles Superman’s laughter in order to come out on top. The genesis story of Rudy Jones/Parasite is emotionally gripping and actually helps humanize him in ways the animated series did not.

I would suggest Superman: Man of Tomorrow to even the most casual superhero lover. It frames the Superman story in a manner that feels authentic, approachable, and profoundly touching. 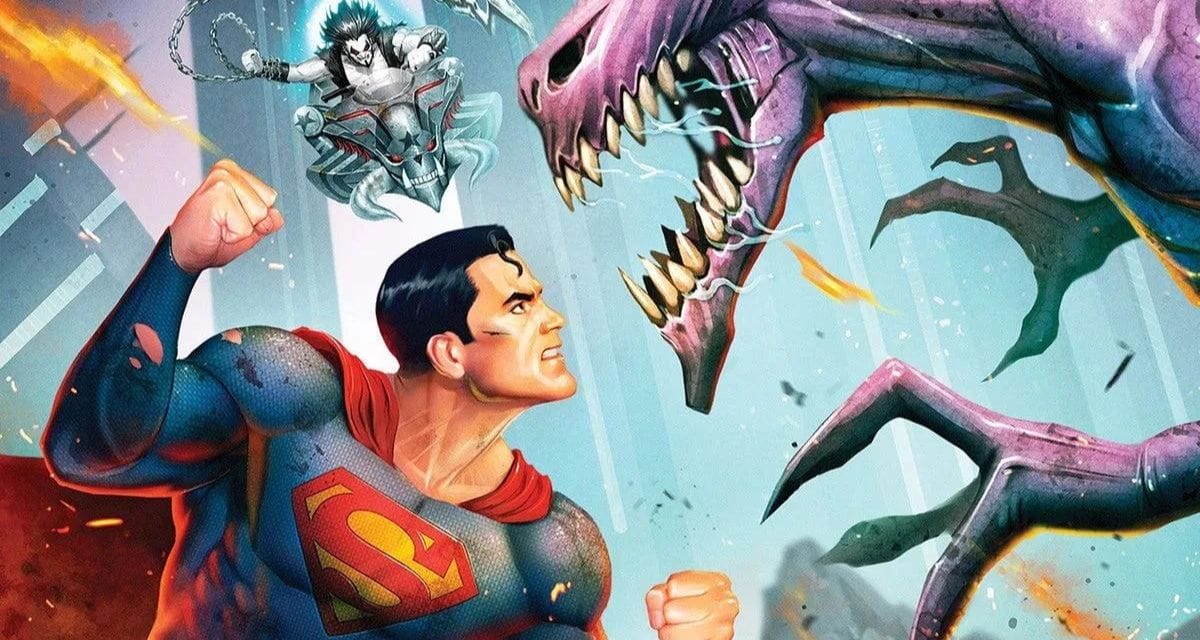 2. Batman: Under the Red Hood

Under the Red Hood is one of the most horrific Batman stories ever told. Based on writer Judd Winick and artist Doug Mahnke’s Batman: Under the Hood narrative from the early 2000s, the film depicts the reappearance of Jason Todd, the second Robin, who the Joker murdered years before the story’s events.

A lot of entertaining performances contribute to the overall excellence of this installment. Bruce Greenwood provides the voice of Batman/Bruce Wayne, while Jensen Ackles and Neil Patrick Harris play Jason Todd/Red Hood and Nightwing/Dick Grayson, respectively. John DiMaggio’s interpretation of the Joker intrigues me the most out of all of their performances. His Joker voice is sufficiently distinct from Hamill’s to render comparisons futile, which was the intelligent course of action. He realized he was up against the expectations of a whole following, so he takes the character in a different way rather than attempting to surpass the best.

Batman: Under the Red Hood is most likely the best entry point into the Batman mythos, both due to its exceptional quality and because it is the tragedy from which many Batman tales draw inspiration. 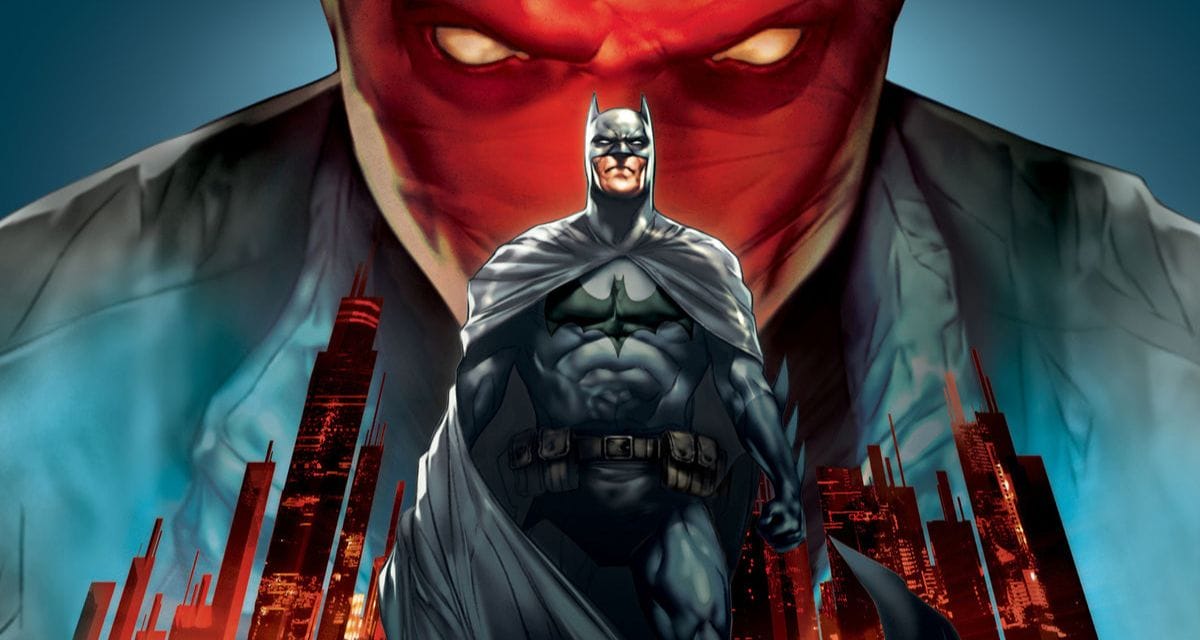 1. Batman Beyond: Return of the Joker

How insane is the film Batman Beyond: Return of the Joker? Not only is it the darkest thing to emerge from the Batman Beyond series, but it is also considerably more unsettling than many may believe.

As the title suggests, the Joker has returned, but in a manner that is unexpected. He has devised a technique to continue living without his physical body, which, if that doesn’t frighten you, will certainly do so when you watch it. The Clown Prince of Crime has advanced in numerous ways. Instead of simply infecting his victims with chemicals, he implants a microchip (with his consciousness, of course) in Tim Drake and literally takes control of the erstwhile Robin. 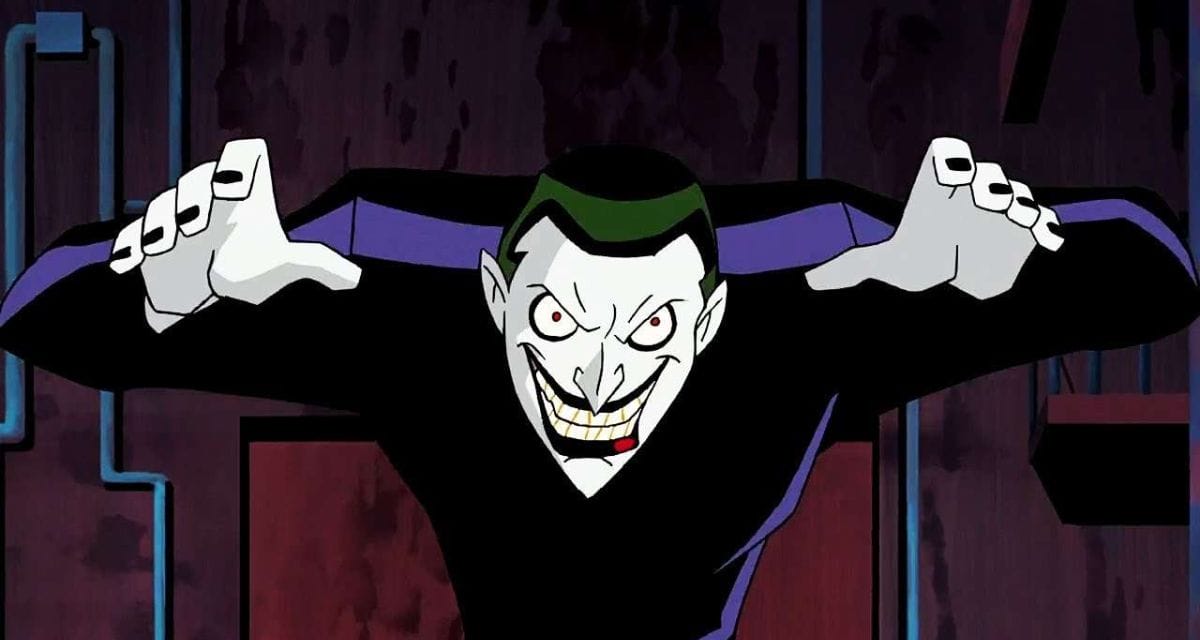 And, in a faint echo of the harrowing comic book event Death in the Family, the Joker torments Tim at Arkham for weeks. Here, the Joker is more ruthless, wicked, and deranged than ever before in an animated franchise. Mark Hamill portrays a Joker who has transcended his own wickedness, shedding his cartoonish menace. Even for a Batman story, this is a new level of darkness, and it is not to be missed.