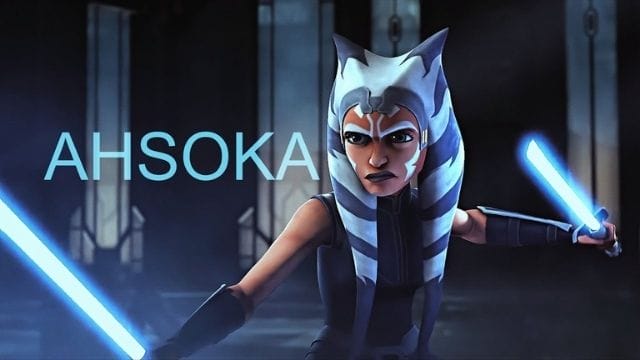 As the Star Wars universe continues to expand, Ahsoka Tano will be receiving her Disney+ series.

The female-centric Star Wars series was confirmed after the live-action premiere of the character in The Mandalorian season two. She became a fan favorite for the first time during the animated series Clone Wars.

But what lies ahead for the former Jedi apprentice, and what role will her former master, Anakin Skywalker, play in the newest tale?

It was confirmed in October that the manufacturing of Ahsoka will not commence until early 2022.

Disney+ has now officially announced that production began on May 9, 2022, putting an end to earlier rumors that it might begin in March or April. Ahsoka, an original series, begins production today. #DisneyPlus tweeted the streaming service’s official Twitter account.

Considering the requirement for post-production CGI and special effects, it seems unlikely that we will see the new series until at least late 2022, given that production has just begun. We will provide additional information as soon as it becomes available.

There is plenty of Star Wars entertainment to hold us over in the interim. This contains the Obi-Wan Kenobi series and The Mandalorian’s third season. Likewise, both are slated for publication in 2022. The release date of The Book of Boba Fett was December 2021. 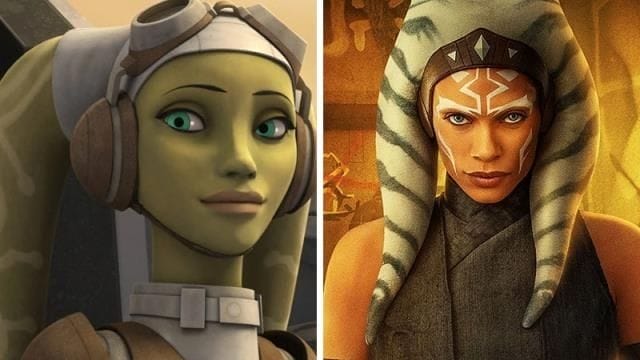 Hayden Christensen has also been confirmed for the role of Anakin Skywalker, the man who will become Darth Vader.

It appears likely that Vader will appear in flashbacks, which makes sense given that Anakin was Ahsoka’s initial Jedi master before she joined the rebellion and battled against him.

Christensen is also scheduled to feature in the forthcoming Obi-Wan series on May 27; however, this series takes place a significant amount earlier than Ahsoka.

Natasha Liu Bordizzo, star of The Society, is also joining the cast as Sabine Wren. Sabine is a teenage Mandalorian and Imperial Academy dropout with expertise in weapons and explosives who first appeared in Star Wars: Rebels.

Ivanna Sakhno, star of Pacific Rim: Uprising, has also been cast in the series in an unspecified role.

According to Variety, Mary Elizabeth Winstead will also join the series. Winstead’s tenuous link to the Star Wars universe (she is married to Ewan McGregor) makes her an intriguing pick.

Her identity has yet to be disclosed, but if we had to pitch a canon character, Ar’alani, the close associate of Grand Admiral Thrawn, would seem to be a good fit. A plot arc in which Ar’alani and Ahsoka compete to discover Thrawn would make for intriguing television.

Kathleen Kennedy confirmed to EW that there will be no crossover with Disney’s Obi-Wan Kenobi series, which takes place ten years after the events of Revenge of the Sith.

Kennedy stated, “Our ultimate goal is to create a hopeful and inspiring story.” “It’s difficult, to begin with, for a character in the position Obi-Wan would be in after the events of Revenge of the Sith. That is a particularly dismal era of time. You can’t simply wave a magic wand and have any writer create a novel that represents what you want to feel.”

Ahsoka takes place after Return of the Jedi, thus unless there are time-traveling antics, Winstead and McGregor will not be reunited with their families.

Additionally, Variety announced that Ray Stevenson has joined the cast. Stevenson has a Disney pedigree and appears in the MCU as Thor’s mate, Volstagg.

But more importantly, Stevenson also has familiarity with Star Wars. Gar Saxon, a Mandalorian commando, was portrayed by Stevenson in both Star Wars: The Clone Wars and Star Wars Rebels. His character is similarly unknown at this time, however, Variety reports that he is playing a villain (though not Admiral Thrawn). That means he may be revisiting Saxon (who is certainly a bad man) or portraying an entirely new character.

This page will be updated as soon as we obtain more comprehensive casting information on what is likely to be a handful of significant roles, so please keep us bookmarked for all the latest news, rumors, and scoops. Regarding rumors…

In the Haunting of Bly Manor actor Rahul Kohli responded to fan speculation that he might play Ezra Bridger. After a mysterious post went viral, the celebrity admitted to Inverse that he had been mocking fans.

Kohli went on to discuss the possibility of portraying Ezra, telling the website, “I heard rumors that there was a casting call for a live-action Ezra seeking Asian actors in their late twenties or early thirties.

“That morning, I had watched a bit of Rebel, so it was still fresh in my mind. I was headed to the gym and decided to send a cheeky tweet.

Aladdin’s Mena Massoud is also rumored to play Ezra, and he is a fan favorite for the role. According to Geekocity, Massoud and LucasFilm have discussed the actor as a potential frontrunner for the role. Even though neither party has verified nor rejected the rumors, Massoud has made his interest known.

When asked about the possibility of him assuming the role of Ezra, Massoud told Screenrant that he was extremely intrigued and working to make it happen.

“Simply manifesting, merely manifesting, attempting various things,” he began. “There’s not much more I can say about it, but I had heard rumors that this job might become available, and now it’s becoming a reality. So I simply wanted to put my hat into the ring and – well, that’s just part of manifesting what you want.”

Ghost pilot Hera Syndulla and her son Jacen are two additional potential cartoon characters who may make their live-action debuts in Ahsoka. In addition, given Temuera Morrison’s reestablished relationship with Lucasfilm for The Book of Boba Fett, he might reprise his role as Clone Captain Rex, who is still alive at this time in the Star Wars world. 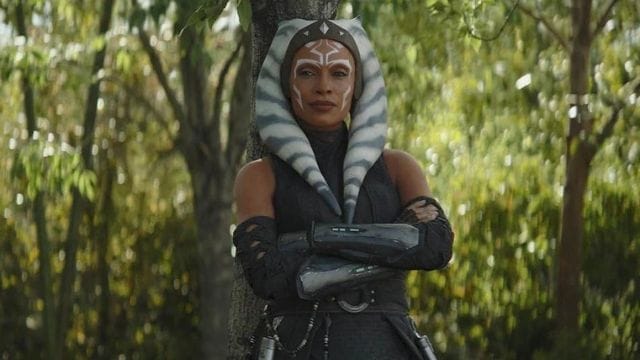 Filoni had been mulling over the plot for Ahsoka for quite some time, and he was thrilled to finally commit it to paper.

“I must say, it’s thrilling,” Filoni told Empire (via StarWars.Net). “It is something that you envision doing for a very long time. And then it’s somewhat frightening to realize that you have to do it while sitting there. Long ago, I envisioned this voyage for Ahsoka, and it’s fascinating to watch how it’s progressed.

“In the past, I never would have guessed that a branch of a tree could have anything to do with a person like Din Djarin or a youngster who resembles Yoda. It’s a terrific lesson for me on how other creative individuals, such as Jon Favreau, can add such complexity and depth to your work.”

Little is known about Ahsoka and its plot, although Star Wars executives have confirmed that the film would take place “within the timeline of The Mandalorian.”

Filoni told Vanity Fair, “She is, for lack of a better description, a master since she is largely independent at this point.” “At this point, her true nature is that of a wandering samurai. I’ve always compared her to Gandalf, in that she possesses worldly knowledge and can assist others in navigating it. I believe she has reached this juncture.”

And he is proud of the character’s development.”

We witnessed her enter the scene as a padawan: young, naive, brazen, and pushy. Then, in Rebels, she is a typical knight attempting to figure out how to wage war.

“There is a great deal of uncertainty over who she wants to be, who she can be, and how her life has been directed. I believe I have now taken that a step further. This version of the heroine is world-weary as a result of everything she has experienced and endured. She has witnessed so much in her lifetime.”

“She has lost a great deal. She had been forced to leave that Order, and she has only recently begun to find her path “Dawson concurred.

When Tano initially appeared in “Chapter 13: The Jedi” of The Mandalorian, she assisted a destitute town controlled by the cruel Magistrate Morgan Elsbeth (Diana Lee Inosanto). Elsbeth’s link to the Empire, as a result of her assistance in constructing the Imperial Navy, made her aware of the location of Grand Admiral Thrawn. Ahsoka ultimately revealed her motivations when she demanded that Elsbeth tell the Jedi where her “master” is.

There have been inquiries concerning what happened to Thrawn and Ezra Bridger following the dramatic conclusion of Star Wars Rebels. Director Dave Filoni stated that both characters were still alive, and the finale of Rebels depicted Tano and Mandalorian Sabine Wren venturing into the unknown to find their companion and, presumably, eliminate Thrawn for good.

The continuation of Rebels in live-action had already been proposed. Filoni implied as much when he defended the finale of the episode. In an interview with Entertainment Weekly, Filoni reaffirmed, “I’ve always believed that the best stories end and other stories begin, and there’s no better way to send off two of my favorite characters than to have them ride off into the sunset, as I’ve seen so many cowboys or Indiana Jones do over the years… As one event concludes and another begins, the narrative continues. That’s a saga.”

Where Can I Watch Ahsoka?

Ahsoka Tano’s narrative will continue in a limited series titled Ahsoka, starring Rosario Dawson and executive produced by Dave Filoni and Jon Favreau. Ahsoka made her long-awaited live-action debut in The Mandalorian.

How Did Ahsoka Tano Death?

Tano became lost in the ruins and darkness of the Sith temple after the trip to Malachor, and many, including Jarrus and Bridger, believed he had perished in combat with Darth Vader.