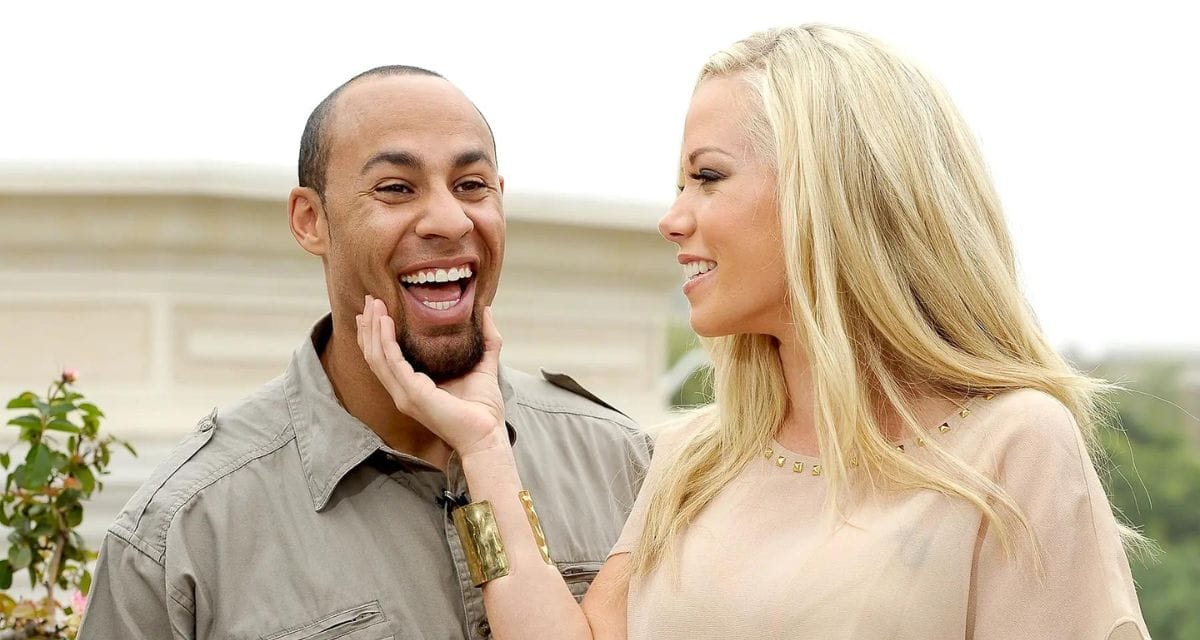 Are Kendra and Hank Still Together? 8 Years of Ups and Downs Between the Duo

Are Kendra and Hank still together? is the question on the minds of all fans, who would prefer to see the couple reunited? Once considered the most promising couple in the television industry, the couple divorced after approximately a decade of marriage.

Kendra Wilkinson is an exceptional model and radiant individual. She works for American television series and is American.

This reality show was titled “The Girl Next Door.” In addition, she became a sensation after her life was documented in Hugh Hefner’s playboy mansion. In addition, she is the responsible mother of two beautiful children by Hank Baskett, Hank IV, and Alijah.

Hank and Kendra wed on June 27, 2009, and announced their separation on January 1, 2018. However, despite their separation, they appear together frequently. Therefore, the question naturally arises, Are Kendra and Hank still together?

Are Kendra and Hank Still Together?

Kendra and Hank are no longer married, but they share custody of their children, Hank IV and Alijah. Following their separation, they have proven to be the best co-parents. The couple does not reside together, and the children spend one week with each parent.

Additionally, they all vacation together. Hank assured everyone that they will always be there for one another in times of need.

This relationship could be based on feelings for each other or their children. However, they are not together at this time. Therefore, this level of coordination serves as a model for all other separated parents. The couple filed for divorce on January 1, 2018, and announced their separation on Instagram four months later, in April 2018.

Kendra and Hank say they may get together in the future, but it seems impossible for them. Kendra’s explanation for the breakup was that she was dissatisfied with the relationship after many years and that they frequently fought. Therefore, the relationship of eight years ended with a promise to never leave each other in a difficult circumstance.

8 Years of Ups and Downs Between the Duo

Kendra and Baskett tied the knot in June 2009, and they were both expecting a child at the same time. The future, however, desired something other than a happily married couple for all time.

Kendra engaged in a photo shoot with another man when she was 18 years old; the resulting tape was released in 2010, disrupting the couple’s relationship.

Hank, however, is a mature and compassionate individual, so he handled the situation by supporting his wife. Also, he advised them to be courageous.

Kendra became pregnant after insisting on a second child with Hank, but their relationship deteriorated once more. Hank denied Kendra’s allegation that he was having an affair with a transgender and explained the situation to her. Although Kendra quickly accepted him, she stated that she would have trouble believing her husband once more.

Once more, a problem was waiting for the couple. Someone had taken photographs of Kendra and her co-star, Kissing. She kissed her co-star on “I’m a Celebrity… Get Me Out of Here!” However, the pair did not become separated.

However, Kendra revealed after some time that she is extremely unhappy in her marriage, but she does not want to leave because of her adorable children.

She was having difficulty escaping the Baskett’s affair, and so they fought frequently. Occasionally, they experienced marital difficulties. Therefore, they decided to separate while co-parenting their children.

Summer House Season 7 Release Date: Who is Coming Back?