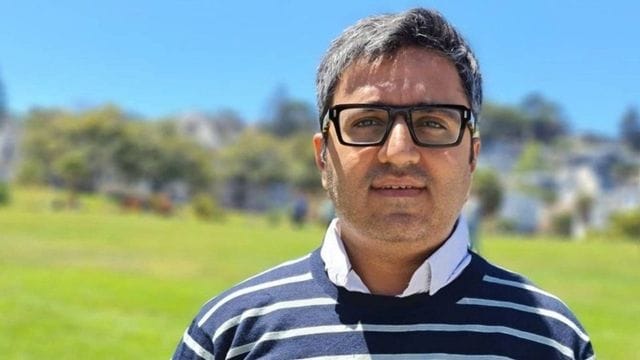 Ashneer Grover is a well-known Indian businessman and the CEO and creator of BharatPe, one of India’s most famous online money transaction platforms.

Ashneer Grover was born in Delhi, India on June 14, 1982 (39 years old as of 2021). He grew up in Delhi. Ashneer finished his primary and secondary education in Delhi before pursuing a Bachelor of Technology in civil engineering at IIT Delhi. Ashneer was one of the six students chosen by IIT Delhi to participate in an exchange program at INSA Lyon Institut National Des Sciences Appliquees de Lyon, France, during his senior year.

He relocated to France in 2002 and obtained a 5 lakh rupee scholarship from the French Embassy. Ashneer enrolled in the MBA in Finance program at the Indian Institute of Management in Ahemdabad in 2004. In 2006, IIM Ahemdabad’s campus employment program landed Ashneer a vice president position at Kotak Investment Banking in Mumbai. In 2013, he joined the multinational corporation Amex (American Express) as a director for two years.

In 2015, he became the chief financial officer at Grofers, where he worked for several years. After gaining all of this knowledge, he desired to do something different. He talked with several investors and began building networks, and then he joined PC Jewellers as business head, assisting them with business development and payment choices.

While employed at PC Jewellers, he conceived of BharatPe. Ashneer, Shashvat Nakrani, and Bhavik Koladiya launched BharatPe in 2018; it is the most popular payment application currently available. 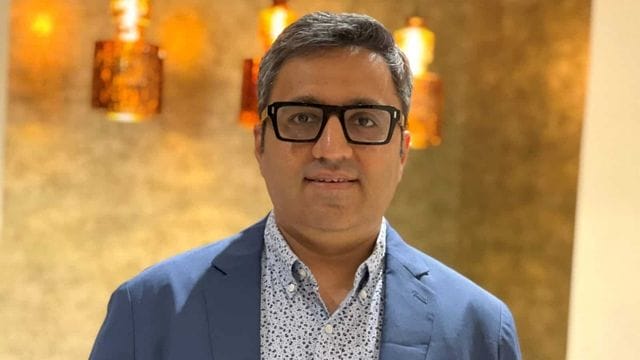 Ashneer’s mother is a teacher, while his father is a certified public accountant.

Madhuri Grover is the wife of Ashneer Grover. She is an entrepreneur as well. She supervises HR, finances, and other internal operations at BharatPe. Prior to joining BharatPe, she worked as an interior designer for clients such as Satya Paul and Alok Industries. She also owned her own furniture company, Mauve, and Brown.

In addition, she collaborated with the south Indian actress Asin and her husband, Rahul Sharma. Madhuri Grover also designed the interior of her South Delhi home.

Madhuri joined BhartPe because Ashneer, who was unable to afford many workers when he began BharatPe, needed someone to manage the organization’s internal operations. Ashneer and Madhuri have two children, an 11-year-old son named Avy Grover and a daughter named Mannat Grover.

Wikipedia states that Ashneer began his career as a vice president at Kotak Finance Banking. Additionally, he worked for various organizations. After becoming the Shark on the popular business reality television series Shark Tank India, Grover catapulted to prominence.

After appearing on the show, he attained enormous renown. According to the sources, in February 2022, it was reported that Ashneer’s wife Madhuri Jain had been fired by BharatPe for’misappropriation of cash. 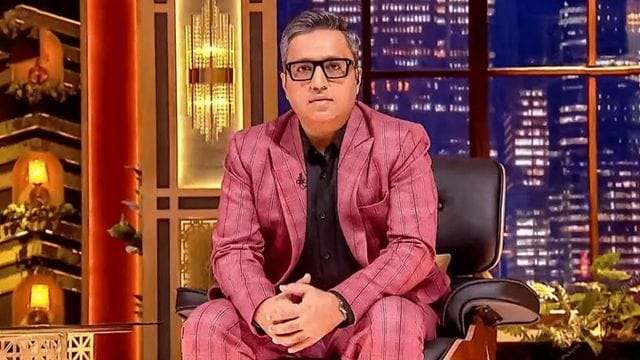 As a Merchant Banker

In 2006, Ashneer Grover was appointed vice president at Kotak Investment Banking after earning an MBA in finance. He was employed there for nearly seven years. He participated in numerous IPO deals. He quit his position in 2013.
As an MNC Worker
Ashneer Grover joined the international corporation Amix (American Express) as a director in 2013. He enjoyed working for a multinational corporation, but he always desired to pursue something else. He was employed there for nearly two years.

In the role of Chief Financial Officer

In April 2015, he joined the internet startup ‘blinkit’ in Gurgaon, Haryana, as chief financial officer. Ashneer Grover joined Grofer as Chief Financial Officer in March 2017 after leaving Amex in 2015, and he left the company in August.

As the Chief Executive Officer of PC Jewellers

Ashneer took a hiatus from work after leaving Grofers, during which he met numerous investors and attempted to expand his network. Then, he became the CEO of PC Jewellers. He assisted them in the development of new businesses, payment choices, and tactics.

As a Founder of BharatPe, I am responsible for

Ashneer conceived of BharatPe in 2018, which went on to become one of the most popular payment applications in India. In 2018, Ashneer Grover, Shashvat Nakrani, and Bhavik Koladiya created BharatPe.

BharatPe’s headquarters are located in New Delhi, India. As per Ashneer, he began BharatPe with six people. Salman Khan is the spokesperson for BharatPe.

As a Judge in Shark Tank India

Ashneer Grover was featured as a judge in the popular Indian reality television program Shark Tank India in 2021. In this program, contestants pitch their new businesses and urge the judges to invest in them. Ashneer became one of the investors on the show.

Distribution of Leaflets Against Paytm

After initiating a lawsuit against BharatPe in 2021 asserting trademark rights over the suffix, PhonePe requested swift resolution of the main lawsuit.

In January 2022, an audio clip of Mr. Grover’s massive altercation with the Kotak Mahindra Bank went viral. Mr. Grover and his wife, the bank claimed, had intimidated one of its employees. Later, Mr. Grover claimed on Twitter that the audio tape was fabricated.

He said, “Folks. Chill. It is a hoax recording created by a con artist to extract money (USD 240,000 bitcoins). I refused to give in. I possess greater character. And the Internet is rife with con artists.”

“Folks. Chill. It is a hoax recording created by a con artist to extract money (USD 240,000 bitcoins). I refused to give in. I possess greater character. And the Internet is rife with con artists.”

“For the time being, the board has accepted Ashneer’s decision, which we feel is in the best interests of the company, its employees and investors, and the millions of merchants we serve every day. 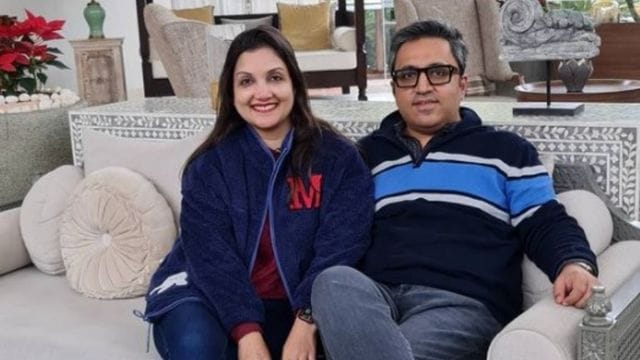 On 1 March 2022, he resigned as managing director of BharatPe. According to reports, he took this step shortly after obtaining an agenda for an upcoming board meeting in which the discussion of disciplinary action against him was to be included based on a report submitted by consultancy firm PwC.

As of 2021, Ashneer Grover, the founder of BharatPe, is predicted to have a net worth between $600 million and $900 million.

According to the sources, Ashneer’s popularity increases as a result of his statements on Shark Tank India. There are so many memes on his comments. These are some of Ashneer’s most popular remarks:

What is the identity of Ashneer Grover?

What is the net worth of Ashneer Grover?

What is Ashneer Grover’s age?

Who is the wife of Ashneer Grover?

Why is Ashneer Grover so popular?

Due to his participation in Shark Tank India.