We now have an official title for Avatar 2: The Way of Water, as well as our first glimpse at the long-awaited sequel.

On April 27, 2022, the teaser trailer debuted at CinemaCon, where the title was also confirmed, and it was posted online on May 9.

Steve Asbell, President of 20th Century Studios, said in March 2022 that the sequel will “blow people away,” adding, “You’re not ready for what Jim [Cameron, filmmaker] is doing.”

Cameron said he was “hard at work putting the finishing touches on the film” at CinemaCon. He’s previously stated that one of the reasons the film has taken so long to come is because the majority of it is placed underwater.

“The process seems kind of insane,” Cameron conceded to EW about his sequel plans. “I mean, we would never do this if Avatar hadn’t earned so much money — because it’s sort of ridiculous.”

Cameron, a director responsible for two of the top three highest-grossing films of all time, is the only one who could pull it off (Avatar and Titanic). Some may doubt that anyone wants Avatar 2 right now, but never bet against the director.

And returning performer Zoe Saldana has teased that the wait would be well worth it, claiming that she had a dramatic reaction to just 20 minutes of video.

“I’m getting worked up just thinking about it because I saw 20 minutes of the second installment right before the year ended last year and was stunned. I was brought to tears “She was ecstatic.

NEW: Here is the official title treatment for #AvatarTheWayOfWater. The first teaser trailer will play exclusively in theaters this weekend in front of #DoctorStrange. The film arrives in theaters on December 16. pic.twitter.com/aoXcX4ahm1

“I believe you should prepare yourself for it, but it will be a journey you will never forget.”

As we touch every piece of wood in sight, it appears that the sequel will be released in December 2022.

Once the sequel is released this year, it will be followed by sequels every other year until Avatar 5 is released in December 2028. But, for now, let’s not get ahead of ourselves and focus on Avatar 2.

Here’s all you need to know about James Cameron’s long-awaited sequel to his blockbuster.

Avatar 2: Why Has It Taken So Long?

Here’s the complete narrative of the sequel’s long and winding road to the big screen. Looking back, the fact that Avatar 2 was set to be released in December 2014 and Avatar 3 in December 2015 seems almost ludicrous.

Following delays, filming on Avatar 2 was supposed to begin in April 2016, however, April came and went with no filming. It was announced in January of the following year that motion-capture work on the picture would begin in August 2017, although it began in September.

The news of a fourth Avatar film put everything back, and then it was pushed back again, with Avatar 2 due to release in December 2017. (and the rest set for 2018 and 2019 presumably). The delays, according to James Cameron, are due to the “extremely complicated” writing process.

Then, in January 2017, Avatar 2 was again postponed, with the belief that it was afraid after Star Wars: The Last Jedi was pushed back from May to December 2017.

After Disney completed its takeover of Fox, the sequel was rescheduled for December 2020, before being pushed back to December 2021, which brings us right up to the newest postponement. 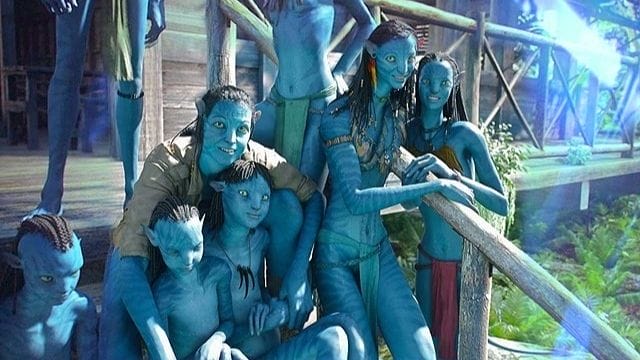 Avatar 2 Release Date: When Will Avatar the Way of Water Be Out in Cinemas?

To summarise a long story, Avatar 2 will ultimately be released on December 16, 2022, after being postponed from December 2021 owing to the ongoing global health crisis.

The sequel began filming in 2017, but given the film’s blend of live-action and motion capture elements, it’s understandable that it took so long. Cameron claimed in September 2020 that Avatar 2 was “100% complete” while Avatar 3 was roughly 95 percent complete.

As previously said, Cameron stated in April 2022 that the sequel is nearing completion, thus everything appears to be on schedule for a December release. FINALLY.

Given that there are three more films in the works, Cameron has been working on them all in recent years. He claimed in December 2021 that he had already shot some of Avatar 4 due to the young actors.

He told Variety, “Anything that had to be done with a single actor, we performed all the sequences for 2 and 3 together – plus a little bit of 4.”

“I had no choice except to shoot the youngsters. On page 25 of movie 4, they are permitted to grow up for six years in the middle of the plot. So I wanted everything up to that, and we’ll handle everything after that later.”

Avatar 2 Cast: Who’s Back in Avatar the Way of Water?

Because the original Avatar’s main cast is under contract, Cameron’s stars will return when the film is released.

The Navi princess Neytiri will be played by Zoe Saldana again, with Sam Worthington reprising his role as Jake Sully, a human-turned-Navi

Stephen Lang reprises his role as Colonel Miles Quaritch, who will be the major antagonist in the four films. In the sequel, he said, he’ll be able to “truly go to town and analyze the character in detail” (via The National).

“I’m not going to tell exactly HOW we’re bringing him back,” James Cameron said, “but it is a science fiction movie, after all.”

The actor hasn’t revealed anything about his surprise return, but he has vowed that the sequel would be worth the wait. “[Fans] will be intrigued and fascinated, I believe. Look, certain folks, will simply enjoy this universe “he said to EW.

Sigourney Weaver, the sci-fi goddess, will also return as a completely new character, adding, “Having read all four [Avatar scripts], I believe they’re fantastic and worth the wait.” 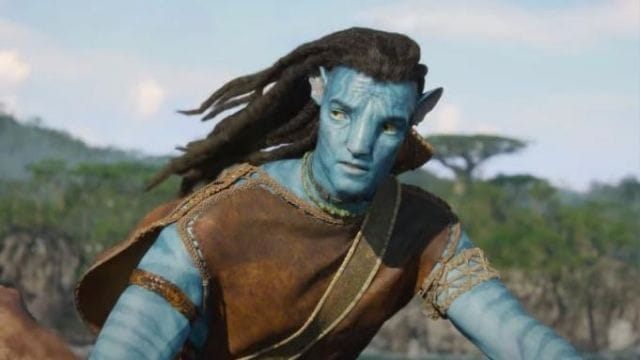 All of the Avatar sequels will include Kate Winslet as Ronal, marking her and James Cameron’s first collaboration since the 1997 movie Titanic.

The Metkayina, headed by Cliff Curtis of Fear the Walking Dead as Tonowari, will be introduced in the sequel. Ronal, played by Winslet, is a member of the Metkayina clan, alongside Reya, played by Bailey Bass, and Rotxo, played by Duane Evans Jr.

“Jake took him in,” producer Jon Landau told Empire, “but Neytiri always considered him as one of the people who destroyed her home and killed her father.” “So you’ve got all of these dynamics going on.”

Barang will be played by Oona Chaplin, who will appear in all four sequels and is described as a “strong and energetic core character.”

Michelle Yeoh of Marvel has joined the cast as Dr. Karina Mogue, a scientist, and we got our first look at her on set in March 2021. She’ll be in Avatar 3 as well, according to the caption, so anticipate her to play a major role in the following films.

Yeoh said in April 2022 that she couldn’t reveal much about the sequel or her character, but she was plenty of appreciation for Cameron.

“I was blown away by the work that [he] has done, the work that he is doing, and the enthusiasm that he exudes. He’s a genius, a genius on the move. And I had a fantastic time, and I’m looking forward to returning soon, hopefully “She was ecstatic.

Fast & Furious star Vin Diesel has joined the sequels alongside Jemaine Clement as marine researcher Dr . Ian Garvin, whom Cameron describes as “one of my favorite characters.”

There was significant initial uncertainty regarding David Thewlis’ presence in the sequel to Harry Potter. He will appear in Avatar 3 (and 4 and 5) but not in the sequel. 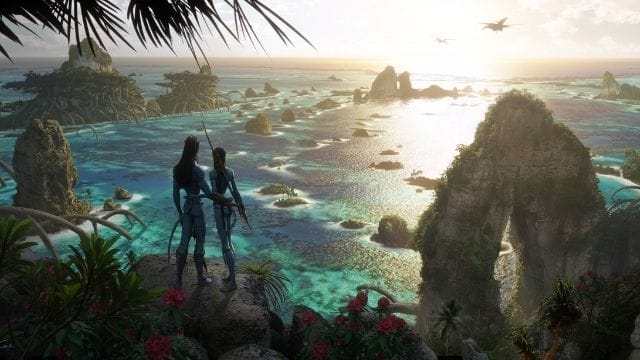 Avatar 2 Plot: What Will Avatar the Way of Water Be About?

The first official synopsis for the sequel was released alongside the title announcement, however,,, ,it didn’t reveal anything new:

“Jake Sully lives on the planet Pandora with his newfound family. Jake must collaborate with Neytiri and the NNavirace’s army to safeguard their world when a familiar foe returns to finish what was started earlier “it reads.

Sully is now chieftain and Neytiri is the high priestess of their clan, 14 years after the events of Avatar, albeit the story will focus on their family and children.

“I think the strength of the story in Avatar 2 is what Jim [Cameron] does in all of his movies: he writes in universal concepts that are broader than any one genre,” producer Jon Landau said.

“And, when you consider it, there is no more universal issue than family. The Sully family is at the heart of each of our sequels. What are the dynamics that parents go through to safeguard their children?”

We also know that even though there will be three sequels following this one, each film will be a standalone experience, with Landau stating that “the trip through all four films will build a connected narrative.”

See also  Killing It Release Date Where Can I Find 'Killing It' to Watch?

The resumption of the RDA mining operation in Pandora will add to the mix, forcing Jake to take his family to the “perceived safe harbor” of the Metkayina’s reef.

They’ll also be venturing beyond Pandora’s woods, into aquatic and volcanic settings, where Cameron claims “you’ll spit yourself with your mouth wide open.” That’s meant to be beneficial, right?

Avatar 2 captured its motion-capture scenes underwater to truly depict the importance of water. 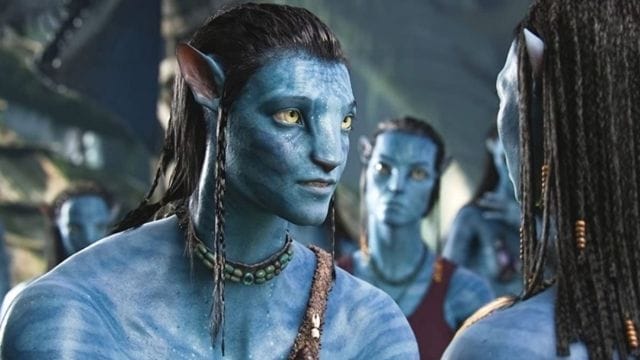 Cameron claims that the films’ visual effects will be so advanced that you “simply won’t be able to imagine” what they’ll look like. Hopefully, the new aesthetic will entice fans to return to the theatre for the sequel.

“Large, expensive films must earn a lot of money. We now live in a post-COVID, post-streaming world. Perhaps those [box office] figures will be forgotten. Who can say? It’s all a giant game of chance “Cameron acknowledged to EW.

“I wanted our return to Pandora to be truly memorable. Every shot has been optimized for the largest screen, greatest resolution, and most immersive 3D. I believe we succeeded.”

Who Is the Human Child in Avatar 2?

Javier “Spider” Socorro is his name. Spider, played by Jack Champion, was born in Hell’s Gate (the first film’s human outpost on Pandora) but was rescued and adopted by Jake (Sam Worthington) and Neytiri (Zoe Saldana). That so, there appears to have been some disagreement over the choice.

Avatar 2 Title: Say Hello to Avatar the Way of Water

Avatar 2 is now officially known as Avatar: The Way of Water, as previously stated.

Cameron later stated that these are possible titles, and because the first one turned out to be correct, they may also be the titles of the next three films.

What Will Avatar 2 and Other Sequels Be Called?

While the sequels are dubbed Avatar 2, Avatar 3, and so on, James Cameron and 20th Century Fox have only confirmed Avatar: The Way of Water as the second.

However, back in November 2018, the BBC reported that the other sequels could be called Avatar: The Seed Bearer, Avatar: The Tulkun Rider, and Avatar: The Quest for Eywa.

Cameron later revealed to ET that these are possible Avatar sequel titles, but that they could change. Note that The Way of Water was also reported to be the title of the second movie, which was officially confirmed, so there’s a good chance that the other sequels will have these titles.