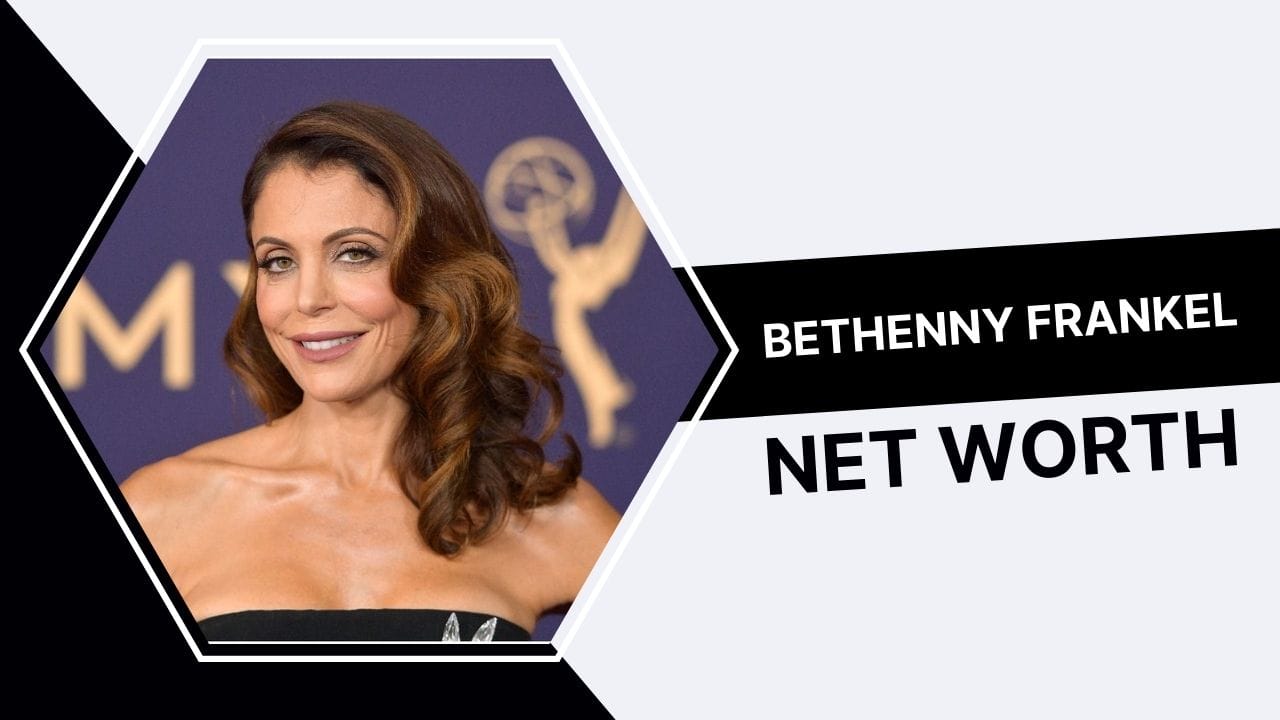 Bethenny Frankel is an American entrepreneur and reality television personality with an estimated net worth of $80 million. She amassed most of her wealth via the sale of her Skinnygirl cocktail brand and her numerous appearances on reality television. She has been a fairly successful home renovator and flipper in recent years.

Frankel’s childhood was tumultuous, as she moved frequently and attended numerous schools before enrolling in boarding school. She graduated from Pine Crest School in Fort Lauderdale, Florida, before attending the Natural Gourmet Institute in New York City, Boston University for two years, and New York University for her psychology and communications degrees.

Frankel relocated to Los Angeles in 1992 to pursue her acting ambitions. She exploited her connections through modest acting parts and occupations, such as nanny to Paris Hilton and personal assistant to Jerry and Linda Bruckheimer, to launch her first firm, an event-planning company named In Any Event, which was short-lived.

Frankel founded BethennyBakes in New York City in 2003, selling ‘healthy’ baked goods and meal delivery. In 2005, it was featured in the reality competition series The Apprentice: Martha Stewart, and she advanced to the competition’s final round. Although the company ceased operations in 2006, Frankel’s appearance on the reality competition show marked the beginning of her career in reality television.

In 2008, she was chosen for the cast of the television show The Real Housewives of New York City. After quitting the show for personal reasons in September 2010, she returned to Real Housewives in 2014 after a three-season break. In August of 2019, she quit the show once more, citing a desire to focus on her personal life.

Frankel and her then-partner, Jason Hoppy, were featured on the Bravo reality show Bethenny Getting Married? which chronicled the couple’s engagement, wedding, and daughter’s birth. In addition, she secured her talk show when negotiations for her to host one began in 2011. The Bethenny Show debuted on television on September 9, 2013; it was terminated on February 14, 2014.

Frankel amassed the majority of her wealth as the founder and chief executive officer of Skinnygirl Cocktails. Her company has released several books and DVDs, including Naturally Thin: Unleash Your SkinnyGirl and Free Yourself from a Lifetime of Dieting (2009), The SkinnyGirl Dish: Easy Recipes for Your Naturally Thin Life (2009), A Place of Yes: 10 Rules for Getting Everything You Want (2011), and the novel Skinnydipping (2013). (2012).

However, the true bonanza came in 2011 when she sold her line of alcoholic beverages to Beam Global of Fortune Brands (which is now part of Suntory). Initially, it was claimed that the Skinnygirl beverage company was acquired for $120 million. According to subsequent speculations, the acquisition price was $8.1 million.

Bethenny ridiculed this estimation, remarking, “Come on, now. It is absurd that it could be the fastest-growing alcohol brand on the market and that it sold for so little. I will be paying a great deal more than $8,1,000,000 in taxes.”

When you examine Beam Global’s SEC filings, you will discover that the true worth of the sale is at least $39 million and could reach $64 million. Beam has set aside $25 million in incentives for Frankel, contingent on the brand’s future performance. In August of 2011, Skinnygirl was removed from the shelves of Whole Foods due to concerns around the drink’s preservative content.

It is promoted as being free of additives. In the following article, CelebrityNetWorth provides an in-depth review of her Skinnygirl agreement. How much did Bethenny Frankel earn from the sale of Skinnygirl cocktails?

Other goods she has introduced under the Skinnygirl brand include Skinnygirl Market Fresh Deli, a range of pre-packaged lunch meats approved by the American Heart Association as having lower sodium and fat levels.

Peter Sussman, an entertainment executive, was Frankel’s first spouse, whom she married in 1996 and divorced in 1997. The reality show Bethenny Getting Married? recorded her second marriage to pharmaceutical sales executive Jason Hoppy. Frankel filed for divorce from Hoppy in January 2013. They wed in March 2010, then separated in December 2012.

Their divorce was finalized in July 2016, over four years after they parted, while Page Six reported in August 2019 that they remained legally married. Hoppy and Frankel have one daughter together.

Bethenny has amassed $80 million between deli meats, drinks, and television shows, making her one of the wealthiest Bravo housewives. Amazing Kay, I’ll close with this:

As of 2016, Forbes believes that Bethenny gets between $10,000 and $30,000 for every sponsored Instagram post. However, she had only 1.1 million followers back then, whereas she currently has 2.3 million, therefore $$$ for gems like this #commercial for Scotch Tape has probably increased

She Once Earned $55 Million in a Single Year

In 2011, Bethenny made so much money that she was featured in the Forbes Celebrity 100 issue, with the magazine estimating that she earned $55 million that year alone (mostly due to the transaction!). In 2016, she earned $8.5 million, making her the sixth highest-paid reality personality 2016.

As of 2016, Forbes believes that Bethenny gets between $10,000 and $30,000 for every sponsored Instagram post. However, she had only 1.1 million followers back then, whereas she currently has 2.3 million, therefore $$$ for gems like this #commercial for Scotch Tape has probably increased.

Bethenny has purchased and sold several prestigious residences in New York City, Greenwich, Connecticut, and the Hamptons throughout the years. Here is a summary of the most significant purchases and sales:

In 2011, Bethenny purchased a loft in New York City’s Tribeca district for $4.995 million. She reportedly proceeded to spend an estimated $500,000 on upgrades at the time. In 2016, she offered this house for $6.95 million and found a buyer in ONE DAY willing to pay the full asking price.

Bethenny purchased a two-bedroom condominium on Mercer Street in New York City for $4.2 million in 2014. She did extensive modifications once more. In 2016, she attempted to sell this home for $5.25 million but eventually settled for $3.65 million in 2020.

In 2015, she purchased a Hamptons house for $2.7 million. She is the current owner of this home.

In 2017, she acquired a second Hamptons property for rental income. She initially paid $2 million for this home before changing her mind and selling it for $2.3 million in 2020.

Bethenny purchased a four-bedroom condo in New York City’s SoHo district for $4.2 million in 2017. She then conducted an extensive renovation. Bethenny offered the property for sale in December 2021 for just under $7 million. Here is a video tour of this apartment:

Bethenny purchased a property in the Back Bay region of Boston in 2019 to be closer to her fiance Paul Bernon.

Bethenny paid $4.5 million for a mansion in Greenwich, Connecticut, at the start of 2021.