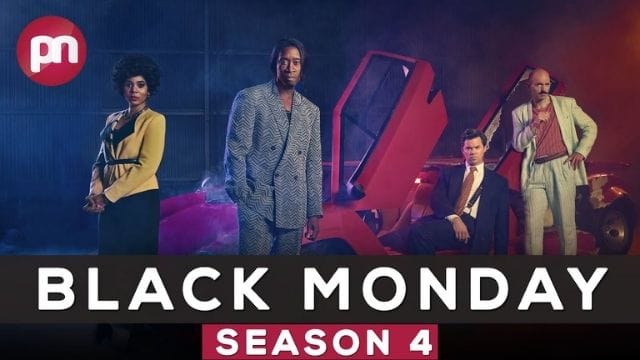 On January 20, 2019, the first season of “Black Monday” premiered, and Cheadle was nominated for an Emmy for his portrayal. Since then, two more seasons of the show have aired, with the most recent season premiering on Showtime on May 23, 2021.

While the pilot episode opens with the stock market fall, it rapidly rewinds to a year earlier, where the main tale begins, leading to the revelation of who or what is behind Black Monday. The series thoroughly embraces its 1980s setting, including its clothes, technology, and attitude toward subjects such as drugs, sexual harassment, and blackmail, among others.

With incisive writing and an exceptionally skilled ensemble, “Black Monday” has been a fan-favourite comedy over the years, and fans anticipate the fourth season with eager anticipation.

When Will Black Monday Season 4 Come Out?

Showtime has not yet announced whether the fourth season of “Black Monday” will be renewed or cancelled. The show’s ratings have slowly declined over the years, with Season 3’s 18-49 ratings fluctuating between the same and less than Season 2’s throughout the season’s 10 episodes (via TV Series Finale). Despite this, the programme still has a large fanbase, thus it is uncertain whether it will be renewed for a fourth season.

Previously, “Black Monday” was renewed for a third season in October 2020, so we can presumably anticipate an announcement from Showtime around the same time this year (Variety). If viewers are fortunate, Showtime will decide sooner. If “Black Monday” is renewed for a fourth season, it will likely launch within 12 to 14 months of Season 3’s premiere date on May 23, 2021, based on the previous seasons’ release schedules. 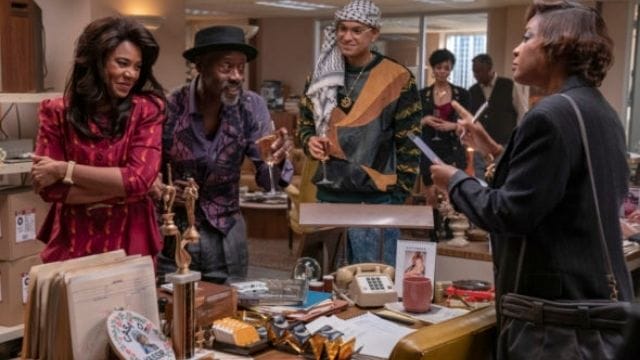 Who Is in the Cast of Black Monday Season 4?

“Black Monday” features a strong ensemble cast, anchored by Cheadle as Mo. The show also features Andrew Rannells as Blair Pfaff, an awkward aspiring stockbroker whom Mo mentors, Regina Hall as Dawn Darcy, the only woman at the company who fights against Mo, her husband, and the business culture to get what she wants, and Paul Scheer as Keith Shankar, a coworker who delights in bullying Blair.

Tiffany Georgina, a wealthy heiress whose family owns the Georgina Jeans firm that Mo targets, is portrayed by Casey Wilson in Seasons 1 and 2 of “Black Monday” before she is elevated to series regular in Season 3.

Ken Marino as twins Larry and Lenny Leishman, Yassir Lester as stockbroker Yassir, and Sam Asghari as Giancarlo are among the significant supporting characters who are expected to return in a potential fourth season.

Thomas Barbusca as Werner, a Young Republican who serves as an adviser for Blair’s campaign team as he transitions from stockbroker to politician, and Adrienne Wells as Nomi, a daring, intelligent young woman who becomes the centre of Mo’s next major business effort, were both introduced in Season 3.

What Is the Plot of Black Monday Season 4?

The third season of “Black Monday” concludes with many dead bodies, shocking revelations, and bullets blazing. Mo and the rest of the group are being pursued by a serial murderer, so they stage a fake (but perhaps genuine) wedding to lure him out. As usual, they are high on cocaine and other drugs, but this appears to have a heart-opening effect, as Mo and Dawn’s pretend wedding prompts them to confess their true romantic affections for one another.

Corky Harris (June Diane Raphael) reveals herself to be the murderer, even though their strategy to identify the criminal pits Keith against Lenny, whom they believe is the perpetrator. Corky is the wife of the late Congressman Roger Harris (Tuc Watkins), who commits suicide in Season 2 upon the revelation of his romance with Blair.

This destroys Corky’s life, so she vows vengeance and attempts to shoot Blair. She then fires a shot at Dawn, but Mo leaps in front of the bullet. However, he is fine, so do not worry. Still, the party is besieged and without alternatives until Tiffany, who everyone believed to be dead, arrives from nowhere with a sword and kills Corky.

Overall, the day has been saved, Mo and Dawn have fallen in love, and the future is unknown. If “Black Monday” receives the fourth season, anticipate the programme to examine the repercussions of these events and Mo’s next crazy business scheme, as well as further deepen the relationship between the two main characters. Even after nearly being killed, it appears that Mo, Dawn, and the rest of the crew will continue to work.

Rick Caruso Net Worth: Who Is the Owner of the Grove?