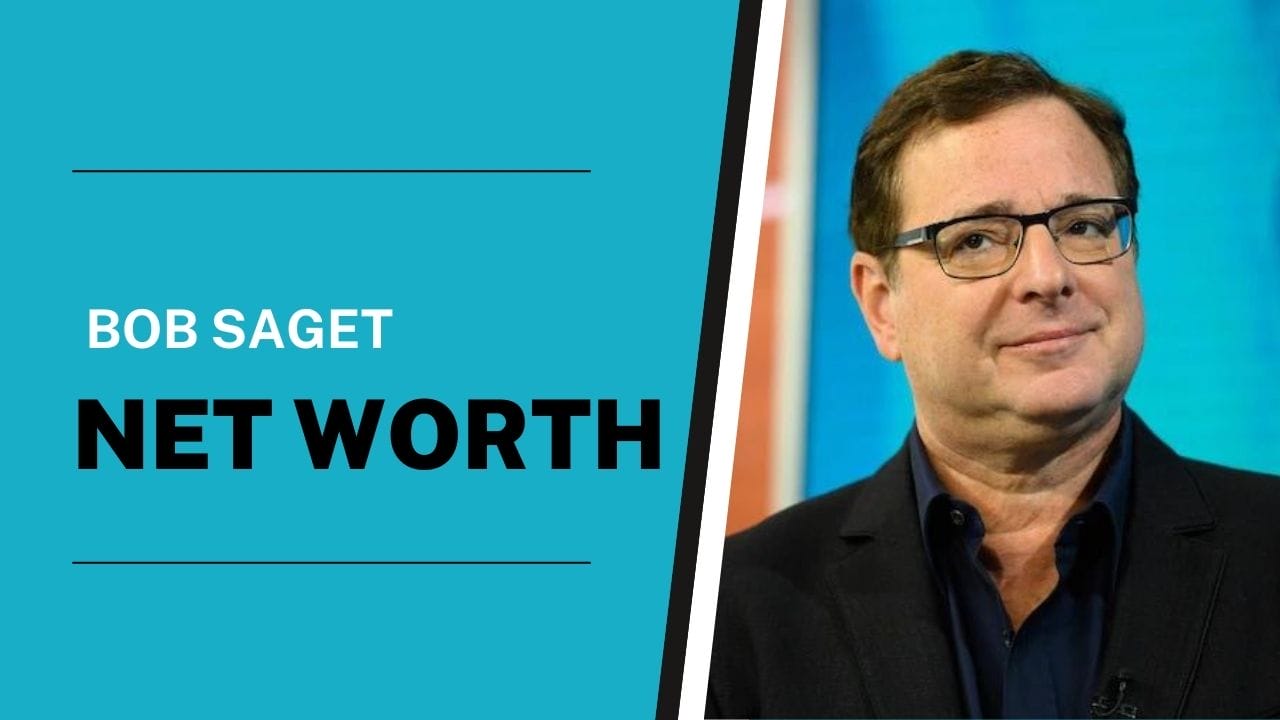 Bob Saget Net Worth: How Much Money Did Bob Saget Earn From Movies and Comedic Television Programs?

Bob Saget was an American stand-up comedian, actor, and television host who died in 2022 with a net worth of $50 million. In the 1980s, he rose to fame as a stand-up comedian known for his extremely risqué humor. He became more family-oriented after joining the cast of the popular family sitcom “Full House.” Bob appeared in all 192 episodes of the show.

From 1989 to 1997, he was also well-known as the host of “America’s Funniest Home Videos.” Bob hosted the show’s first eight seasons, totaling 191 episodes. Additionally, he provided the narration for 208 episodes of the sitcom “How I Met Your Mother.” Bob passed away on January 9, 2022, at the age of 65.

Robert Lane Saget, better known as Bob, was born on May 17, 1956, in Philadelphia, Pennsylvania. His ancestry is Jewish. His father, Benjamin, was an executive at a supermarket, and his mother, Rosalyn “Dolly,” was an administrator at a hospital. As a child, he spent time in California before returning to Philadelphia, where he attended Abington Senior High School.

He studied film at Temple University after graduating from high school in 1975. “Through Adam’s Eyes,” his student film about a boy who underwent reconstructive facial surgery, received a merit award at the Student Academy Awards. In 1978, he earned a Bachelor of Arts degree from college.

Saget and Sherri Kramer were married from May 1982 until November 1997. Together, they had three daughters. He married Kelly Rizzo in 2018. They remained married until January 2022, when he passed away. Bob was a board member of the Scleroderma Research Foundation and was extremely active in his efforts to raise funds and awareness for his sister’s disease. 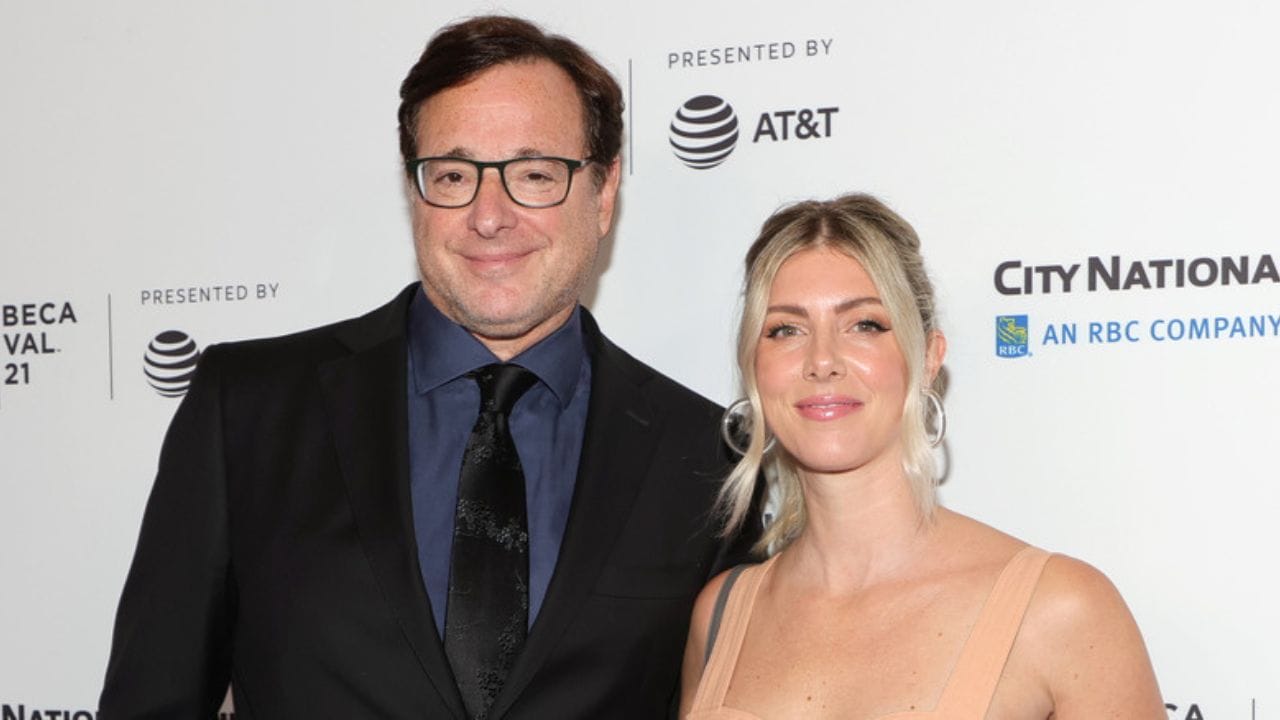 Even though he began his career performing stand-up comedy and touring the country aggressively, Saget’s first taste of success came when he appeared on television. In 1981, he made his first appearance on “The Merv Griffin Show.” In early 1987, he had a brief stint on “The Morning Program” on CBS, but it was his role as Danny Tanner on “Full House” that established him as a household name.

Beginning with its third season, the series was consistently ranked among Nielsen’s Top 30. It has maintained its popularity through syndicated reruns. Saget portrays Danny Tanner, a widowed father who raises his three daughters with the assistance of his brother-in-law Jesse and best friend Joey. From 1987 to 1995, a total of eight seasons and 192 episodes were broadcast.

Saget began hosting “America’s Funniest Home Videos” (AFV) in 1989, a position he maintained until 1997. During the early 1990s, when both shows were airing, he worked on “Full House” and AFV simultaneously. Saget directed the ABC television film “For Hope” in 1996. It was inspired by the life of his sister, Gay Saget, who had died of scleroderma three years earlier.

Saget directed his first feature film, “Dirty Work,” starring Norm Macdonald and Artie Lange, in 1998. It was released to largely negative reviews, and its box office performance was poor. However, it has since become a cult classic, possibly as a result of Lange’s subsequent popularity on “The Howard Stern Show.” Saget starred in the short-lived WB sitcom “Raising Dad” alongside Kat Dennings, Brie Larson, and Jerry Adler from October 2001 to May 2002.

Saget began lending his voice to the CBS sitcom “How I Met Your Mother” in 2005. He was the future Ted Mosby’s voice and narrated the series until its conclusion in 2014. He was the host of the NBC game show “1 vs. 100” from 2006 to 2008. His 2007 HBO comedy special “That Ain’t Right” was dedicated to his father, who had died earlier that year from congestive heart failure-related complications.

Saget also wrote, directed, and starred in the 2007 direct-to-DVD comedy “Farce of the Penguins,” a parody of the 2005 nature documentary “March of the Penguins.” Saget appeared in four episodes of the HBO series “Entourage” between 2005 and 2010 as a parody of himself during the same period of his career.

Saget has also participated in the ABC sitcom “Surviving Suburbia,” which premiered in April 2009 and lasted only one season; the A&E series “Strange Days” in 2010; and a guest-starring role in the series “Grandfathered,” starring and produced by his former “Full House” co-star John Stamos. 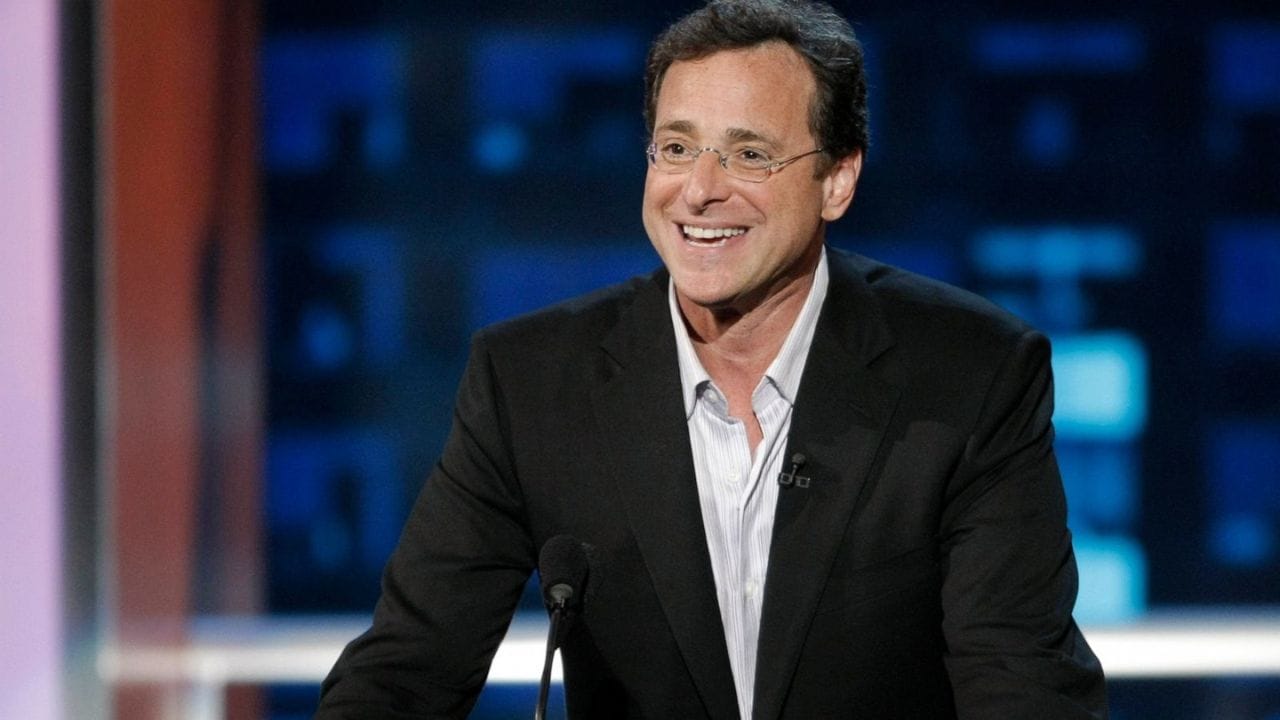 How Much Money Did Bob Saget Earn From Movies and Comedic Television Programs?

First, Bob Saget earned over $40 million from movies and comedic television programs. Saget began incorporating his innate comedic talent into a stand-up routine while residing in Los Angeles. He honed his act in comedy clubs for years, focusing on free association and his original comments.

Saget made friends with other comedians along the way, including Gary Shandling and Dave Coulier. He described himself as a “triple-A personality” and had a strong desire to succeed. Saget also had a personal life, and in 1983 he married attorney Sherri Kramer. Since high school, the pair had been together.

While on tour, Saget met Brad Gray, who would later become his manager. Later, he had small roles on television and in films, but his big break came through a news program.

Saget joined The Morning Program, hosted at the time by Mariette Hartley and Rolland Smith, on CBS in 1987 to add some levity to the show. The performance turned out to be a failure. Saget once claimed that the partners were furious with him because they believed he was too “hot” for the morning show.

Which Residences Does Bob Saget Own?

Given Bob Saget’s wealth, it is reasonable to assume that his home is more expensive than average. Since real estate is a common investment vehicle, we can assume he owns multiple houses. Bob and his ex-wife Sherri purchased a home in Pacific Palisades for $2.5 million in September 1990. Approximately $5 million in current dollars In June 2003, he paid $2.9 million for a home in Los Angeles.

Where Did Bob Saget Acquire His Wealth?

Saget’s $50 million fortune is the result of his decades-long career in the entertainment industry. The icon of American popular culture’s acting, comedy, and directing careers have been lucrative for him.

Although his role as Danny Tanner is a far cry from his frequently risqué and obscene comedy shows, this merely demonstrates that he is a man of many talents and capable of playing virtually any role. Bob Saget is also not yet finished. We expect to hear more from him in the future as he continues to disseminate his humor over the Internet.

How Did Bob Saget Die Cause of Death?

In his sleep, Saget succumbed to his injuries (subdural hematoma and subarachnoid hemorrhage), according to an autopsy report published on February 9, 2022. Saget died from blunt head trauma caused by an accidental blow to the back of his head, most likely sustained during a fall (subdural hematoma and subarachnoid hemorrhage).

At the time of his death, he was COVID-19 positive, but there were no signs of inflammation. Saget’s family filed a lawsuit on February 15, 2022, to prevent county officials from publishing additional records from the investigation into his death; on March 14, a permanent injunction was issued against their release.

Saget’s death was announced during a broadcast of America’s Funniest Home Videos in the Eastern and Central time zones. ABC halted the show to make the announcement.

A tribute video was broadcast on the show’s official YouTube channel, and a dedication to Saget was added before the credits of the following episode. Saget had received donations and pledges to assist the Scleroderma Research Foundation (SRF), on whose board he has served since 2003.

According to a statement issued by the foundation’s executive director on January 13, 2022, the charity has received donations totaling more than $90,000 from more than 1,500 individuals worldwide. In addition, one of the charity’s board members has pledged $1.5 million to the organization, doubling every contribution made in Saget’s memory.

On January 14, 2022, Saget’s burial took place. With his parents and sister, he was interred at Mount Sinai Memorial Park Cemetery. On January 30 at The Comedy Store, longtime friend Mike Binder filmed a tribute special that will premiere on Netflix in June 2022.

What did Bob Saget die from?

UPDATE (3/15): An official report from the Orange County Sheriff’s Office has confirmed that comedian Bob Saget died of accidental blunt head trauma; however, how and on what the comedian struck his head remains unknown. Saget’s autopsy revealed a fracture at the base of his skull and signs of hemorrhaging around the brain.

What illness does Bob Saget suffer from?

Bob Saget’s dedication to finding a cure for scleroderma, a rare disease for which he was the most prominent advocate, stands out when his friends and co-stars reflect on his legacy. Saget, 65, died suddenly in January.

What is Bob Saget’s fortune?

Bob Saget’s net worth was $50 million at the time of his death in January 2022, according to Celebrity Net Worth. Saget’s net worth is due not only to his stand-up comedy career in the 1980s but also to his family-friendly roles on ’90s sitcoms like Full House and America’s Funniest Home Videos.

What was Bob Saget’s net worth at the time of his death?

What was the Net Worth and Salary of Bob Saget? Bob Saget was an American stand-up comedian, actor, and television host who died in 2022 with a net worth of $50 million. In the 1980s, he rose to fame as a stand-up comedian known for his extremely risqué humor.

Young Dolph Net Worth: What Makes Him So Successful?