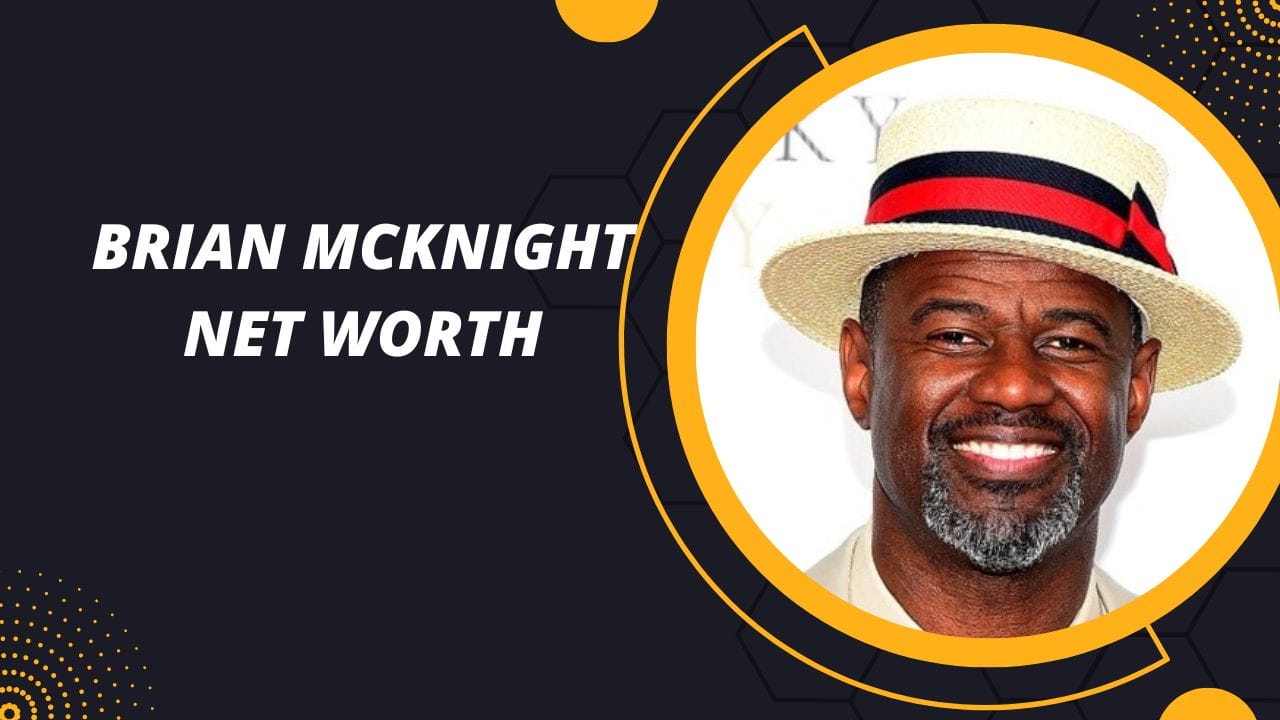 Brian McKnight’s net worth: American singer, songwriter, and record producer Brian McKnight has a net worth of $10 million. Brian McKnight is primarily recognized for his falsetto voice and vast vocal range. He has been nominated for multiple Grammy Awards over his career. McKnight has also starred in episodes of the television series “Sister, Sister” and the 2009 comedy film “Black Dynamite.”

His self-titled debut album, released in 1992, went on to sell over one million copies. From 1995 to 2017, McKnight released twelve additional studio albums. His most popular album to date is “Back at One,” released in 1999, which sold over 3 million copies worldwide. Worldwide, Brian has sold more than 25 million albums.

Brian McKnight, son of Claude McKnight Jr. and Ruth Elaine Willis, was born in Buffalo, New York, in 1969. He began singing as a child in his church choir and with his siblings in a cappella gospel quartet. McKnight attended Oakwood College in Huntsville, Alabama, a Seventh-day Adventist university. During his sophomore year, he was expelled for breaking dorm room guest policies.

As a teen, McKnight began to shop demo cassettes with the encouragement of his older brother Claude and his band, Take 6. He earned his first recording contract at age 19 with Wing Records, a subsidiary of Mercury Records. In 1992, McKnight subsequently released his self-titled debut album. Featuring the ballad and top 20 single “One Last Cry,” the album reached its highest position on the Billboard 200 list at 58.

McKnight married his undergraduate love, the singer-songwriter Julie McKnight, in 1990. They divorced in 2003 after having two children, Niko and Brian Jr. McKnight married Dr. Leilani Malia Mendoza in 2017; they began dating in 2014.

McKnight and his family were raised as Seventh-day Adventists, and religion has played a vital role in their lives. While his mother sang in a gospel choir and played the piano at Emanuel Temple in Buffalo, his granddad was a church minister. McKnight is also well-known in the African-American community and has received several NAACP Image Award nominations.

Following his debut, McKnight released “I Remember You” in 1995 and “Anytime” in 1997. This album, McKnight’s third and last with Mercury, had contributions from Sean Combs, Keith Thomas, and songwriter Diane Warren. It reached the top 20 of the Billboard 200, sold over two million copies, and became McKnight’s first album to top the R&B/Hip-Hop Albums list, despite receiving poor reviews upon release. It also yielded numerous singles, including the top 20 hits “You Should Be Mine (Don’t Waste Your Time)” and the title tune “Anytime,” which became one of the most played radio songs of 1998. McKnight was nominated for a Grammy Award for this song.

Following his 1998 departure from Mercury, McKnight signed with Motown and recorded the Christmas album Bethlehem. This was followed by his most successful album to date, “Back at One,” which went on to sell over three million copies and become his most popular record to date. It yielded the singles “Stay or Let It Go,” “Win,” and “Back at One,” which featured a blend of hip-hop, balladry, and modern R&B. This was McKnight’s highest-charting single, as it reached number two on the US Billboard Hot 100. The record itself was nominated for the Grammy Award for Best R&B Album.

The next album released by McKnight was “Superhero” in 2001, which opened at number seven on the Billboard 200. The album’s hits “Love of My Life” and “Still” were nominated for Grammy Awards. In 2003, McKnight released his seventh studio album, “U-Turn,” which debuted at number seven on the Billboard 200 and garnered a Grammy nomination for Best Male R&B Vocal Performance for its lead single, “Shoulda, Woulda, Coulda.” McKnight released his final album with Motown, “Gemini,” in 2005. It debuted at number four and became the artist’s most successful album to date.

McKnight signed with Warner Bros. Records later in 2005. Subsequently, he recorded his sole album with the label, “Ten.” “Ten” produced the singles “Used to Be My Girl,” “What’s My Name,” and “Find Myself in You,” which debuted on the soundtrack for the Tyler Perry film “Madea’s Family Reunion.” McKnight recorded three albums with E1 Music between 2009 and 2013: “Evolution of Man,” “Just Me,” and “More Than Words,” which includes contributions from Colbie Caillat and McKnight’s two sons.

A career in Radio and Television

From 2006 until 2010, McKnight hosted “The Brian McKnight Morning Show” on the Los Angeles radio station KTWV The Wave. The musician has appeared in episodes of “Beverly Hills 90210,” “Martin,” “Living Single,” and “My Wife and Kids” as himself. In 2009, he competed in the second season of “The Celebrity Apprentice.” he appeared in a few episodes of “Sister, Sister” as a variety of characters in the late 1990s.

McKnight’s 14th studio album, titled “Better,” was released in 2016 on his label; it featured the hits “Uh Oh Feeling” and “Better.” In the same year, McKnight also released “An Evening With,” a live CD, DVD, and Blu-ray collection produced with the SoNo Recording Group. In addition, to three newly written and produced compositions, the album includes fourteen live performances. Its debut hit, “Everything,” reached the top twenty of the Adult Contemporary charts.

In 2017, McKnight released his album “Genesis” in partnership with the independent SoNo Recording Group; it featured the hit singles “Forever” and “I Want U.” This was followed in 2020 by “Exodus,” which, according to McKnight, would be his final album to contain only original songs.

Brian McKnight and Leilani Malia were married on December 29, 2017. She is 48 years old and Brian’s second wife. Leila Malia’s combined net worth with her husband is $10 million. The first was Julia McKnight; they wed in 1990 and separated in 2003. Julia was a musician and singer. His new wife is the physician Leilani Malia Mendoza.

Brian Kelly McKnight is an American actor, arranger, multi-instrumentalist, record producer, singer, and composer; his full name is Brian McKnight. In the late 1980s, he began his career as a vocalist and instrumentalist, but he eventually expanded into other entertainment industries.

kris krohn net worth: What Made Kris Krohn So Rich?