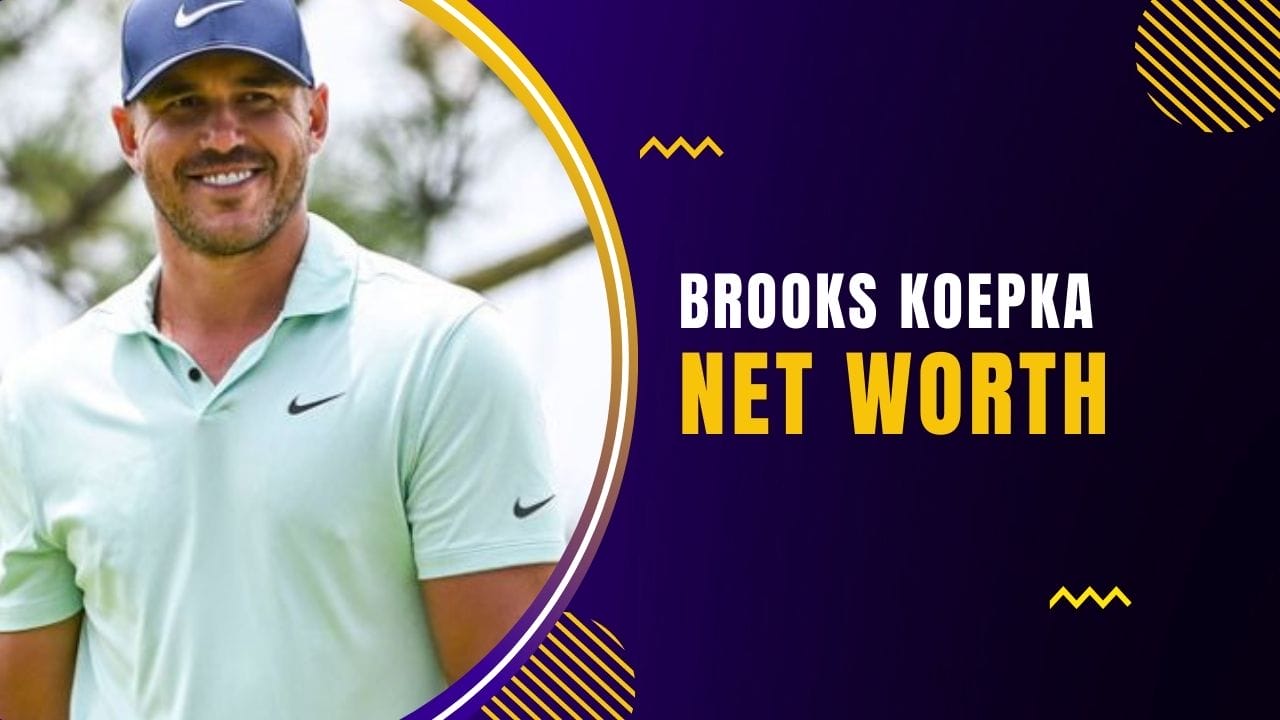 Brooks Koepka Net Worth – Brooks Koepka is a pro golfer from the United States who is worth $18 million. Brooks Koepka was born in May of 1990 in West Palm Beach, Florida. He raced at Florida State University, and in 2012 he turned pro. He has played on the European Tour and the Challenge Tour, and right now he is playing on the PGA Tour.

The Sir Henry Cotton Rookie of the Year award was given to him in 2014. Brooks Koepka also won the Waste Management Phoenix Open in 2014. He was ranked fourth in the Official World Golf Rankings after he won the U.S. Open twice in a row. He won the PGA Championship and the U.S. Open in 2018. In 2018, he also won PGA Tour Player of the Year and PGA Player of the Year. By April 2019, Brooks had won $30,1 million just from tournament prizes. He also made a lot of money from endorsements. Brooks won the 2019 PGA Championship on May 19, 2019.

His spirit comes from his heart. This is without a doubt the case with Brooks. Brooks Koepka has won a lot of awards, both as an amateur and as a pro.

The parents of Brooks are Denise Jakows and Bob Koepka. Chase, his younger brother, is also a pro golfer who plays on the European Tour. His dad played baseball in college at West Virginia Wesleyan. He then learned golf and taught his sons how to play. Koepka’s uncle is the great baseball player Dick Groat.

At the 2015 Masters, he met his soon-to-be wife, Jena Sims. Sims is an actress who has been in movies like Last Vegas and American Beach House. She was also the winner of Miss Teen USA. In April 2021, they said they were getting married.

Koepka is the first golfer to hold back-to-back titles in two majors at the same time. He did this by winning the US Open in 2017 and 2018 and the PGA Championship in 2018 and 2019. One of the best golfers in the world right now, only Phil Mickelson (5) and Tiger Woods (15) have won more Majors than him. Only Gene Sarazen, Ben Hogan, Jack Nicklaus, and Tiger Woods have won both the US Open and the PGA Championship in the same year.

Koepka signed a deal with Nike in 2016 after talking to Tiger Woods and Rory McIlroy. But Nike stopped making golf equipment the same year, and he hasn’t signed a new deal since then. Koepka is one of watchmaker Rolex’s brand ambassadors. He also gets money from companies like Infor, Netjets, and Michelob Ultra.

Charity and the Brooks Koepka Foundation

Koepka set up the Brooks Koepka Foundation Fund at the Community Foundation for Palm Beach and Martin Counties in 2019. Their goal is to help “children facing problems by improving health and wellness, resources, and the community as a whole.”

The foundation has raised money to help South Florida hospitals and people who were hurt by Hurricane Dorian. Last year, the foundation held an event called “12 Days of Brooksmas” to raise money and awareness for 12 different groups and charities.

Celebrity Net Worth says that Brooks Koepka has a net worth of about $18 million. With about $34 million in earnings throughout his career, Koepka is the 29th best-paid professional golfer of all time. In 2021, the 30-year-old will have won almost $3 million.

This handsome young man is engaged to Jena Sims, the woman he has been seeing for a long time. It is said that they met at the Master’s Tournament in 2015.

But they dated in 2017, and after he won the US Open, it was all over the news that they were together. Sims was there with Brooks when he got his trophy.

The Fox announcer thought she was Becky Edwards, who Brooks had dated before. This event was talked about a lot on social media.

Jena Sims is an American actress who has been in movies like Attack of the 50 Foot Cheerleader, 3 Headed Shark Attack, and Sharnado 5: Global Swarming.

She competed for Georgia in the 2007 Miss Teen USA pageant. She also works with a group in addition to acting.

She is the president and chief executive officer of “The Pageant of Hope,” which puts on beauty pageants for kids with cancer and other problems.

How Much Is Brooks Koepka Tequesta’s House Worth?

In November 2015, Brooks Koepka paid $2.5 million for the house in Tequesta, Florida.

When Did Brooks Koepka Last Win?

Brooks Koepka’s last win was at the Waste Management Phoenix Open at TPC Scottsdale in Arizona. On the last day of the event, February 20, 2021, he shot a 6-under-par 65 to win by five shots.

Why Is Brooks Koepka Not Playing in the 2021 Players Championship?

Brooks Koepka is not going to play in the 2021 Players Championship because he hurt his right knee and had to pull out.

Is Brooks Koepka Left-handed or Right-handed?

Brooks Koepka swings his golf club from the right side because he is right-handed.

What Is Brooks Koepka’s Diet?

Brooks Koepka eats balanced and healthy food and sticks to a strict diet to stay fit and active. He eats mostly foods that are high in protein and low in fat.

On his diet, he eats 200 grams of protein, 200 grams of carbohydrates, and 60 grams of fat. Koepka also works out and does other exercises to keep his body in good shape.

Re Zero Season 3 Release Date, Announcement!!: Will Re:Zero Ever Be on Netflix?