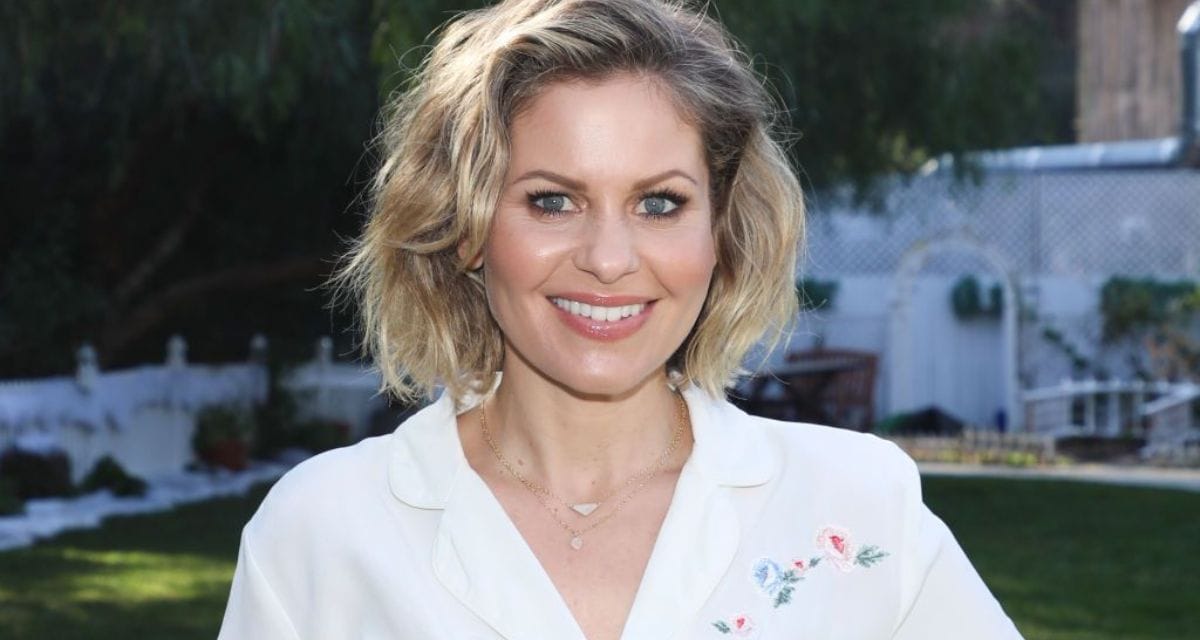 Candace Cameron Bure Net Worth: Candace Cameron Bure is an American actress, producer, and author. She is best known for her portrayal of D. J. Tanner on the ABC hit sitcom ‘Full House’ and its sequel ‘Fuller House.’ Candace’s estimated net worth is approximately $10 million due to her fame and success in multiple fields, including acting, production, and writing, as well as her participation in numerous television programs. Together with her husband, the retired hockey player Valeri Bure, the actress’s estimated net worth is approximately $14 million.

Bure began earning a living as an actor at a very early age. Even before “Full House,” she portrayed Megan White in “St. Elsewhere.” Bure portrayed Summer Van Horne on the ABC Family television series “Make It or Break It” from 2009 to 2012.

She has become a regular on the Hallmark Channel, starring in films and playing the title character in the “Aurora Teagarden Mysteries” series.

According to Celebrity Net Worth, Bure earns $1.63 million annually. Bure’s significant wealth is not derived solely from Hallmark, as she has additional sources of income that contribute to it.

Bure’s latest business venture is the launch of her own clothing line on QVC this month. The line is described as “fun, feminine styles that fit your life (and cheer you on)” on QVC’s website. Bure also offers a collection of home goods on QVC.

Additionally, the Hallmark actress has a partnership with the Christian greeting card company DaySpring. She sells a variety of items, including bibles, mugs, and candles, on their online store.

Since 1996, Candace has been married to the Russian professional ice hockey player Valerie Bure. During his NHL career, Valerie earned around $22.5 million in salary before taxes. At a charity hockey game organized by her Full House co-star Dave Coulier, they met.

Valerie and Candace currently have three children, a daughter, and two sons. Her 18-year-old daughter Natasha Bure competed in season 11 of “The Voice” Valerie and Candace briefly opened a restaurant together in Pembroke Pines, Florida, following Valerie’s retirement from hockey. In addition, they established a winery with some friends called Bure Family Wines.

Bure is an outspoken Christian and conservative Republican. She became a Christian at the age of 12 and attributes her faith as the linchpin of her union. The Bure family sponsors three children through the nonprofit organization Compassion International.

Since she became a Christian at the age of 12, Candace Cameron has been an ardent proponent of her faith. She views her faith as the glue that holds her 20-year marriage together.

She is also involved in various charity initiatives, concentrating her efforts primarily on Compassion International, an American child sponsorship and humanitarian aid organization based in Colorado. Together with her family, Candace sponsors the education of three children through this organization.

Candace and Valerie Bruce were wed on June 22, 1996. They were together for over twenty years. Candace and Valerie met for the first time at a charity hockey game hosted by her co-star from “Full House,” Dave Coulier. Together, the couple has two sons and a daughter. Their daughter Natasha Bure competed in the eleventh season of the popular reality singing competition The Voice.

Prior to winning the job on “Full House,” Candace played a number of tiny roles on television shows such as Growing Pains (with her older brother Kirk), Punky Brewster, and St. Elsewhere. In 1987, she played Eric Stoltz’s younger sister in the teen comedy “Some Kind of Wonderful.”

Later that year, Bure was cast on the ensemble family sitcom “Full House” as Donna Jo “D.J.” Tanner, the eldest daughter of widower Danny Tanner, played by Bob Saget. This was the most significant role of Bure’s career. The first run of Full House aired from September 22, 1987, through May 22, 1995. The show ran 192 episodes over eight seasons and is still a staple of syndicated television more than two decades after its conclusion. During her time on “Full House,” Candace appeared in several made-for-TV films, including “No One Would Tell,” “She Cried No,” “NightScream,” and “Camp Cucamonga.” She also starred in an episode of “Bill Nye the Science Guy” and appeared in “Punchline” alongside Tom Hanks and Sally Field. Bure was the first person to host the Nickelodeon Kids’ Choice Awards twice, doing so alongside her “Full House” co-star Dave Coulier in 1990 and Joey Lawrence in 1994.

Candace continued to appear in movies and television shows after Full House ended. She appeared as a guest star on shows such as “Cybill” and “Boy Meets World.” She took a self-imposed break from performing to focus on her family and children after children. She appeared as a guest on “That’s So Raven” in 2007 and “The Wager” with Randy Travis the following year. Bure began performing in Hallmark films in 2008, beginning with “Moonlight and Mistletoe” alongside Tom Arnold.

She also began a career in publishing. Candace has written three books to date. It was a New York Times bestseller. In January 2014, she published her second book, “Balancing It All: My Story of Juggling Priorities and Purpose.” In 2015, Bure also penned “Dancing Through Life: Steps of Courage and Conviction.” From 2009 through 2012, Candace portrayed Summer Van Horne on the television series Make It or Break It. In 2014, she finished third on the reality television series “Dancing With the Stars.”

Her business associate was Mark Ballas. In the end, they came in behind Amy Purdy and Meryl Davis. She was a co-host on The View from 2015 to 2016, when she resigned owing to her obligations with “Fuller House” and Hallmark Channel projects. Beginning in 2016, she starred in the Hallmark mystery series “Aurora Teagarden,” based on the Charlaine Harris novel series of the same name. Cameron Bure has starred in more than a dozen “Aurora Teagarden” television films.

“Fuller House” was renewed for a second season in March 2016. The series was renewed a total of three times, and its fifth and final season concluded on June 2, 2020.

In addition to her acting profession, Bure is also a producer. In 2017 she created “Switched for Christmas,” and in 2018 she produced “Christmas in America,” a one-hour spectacular. On February 8, 2019, she and her daughter Natasha co-hosted the 26th annual Movieguide Awards for Hallmark.

Candace was nominated for a number of awards for her roles in both ‘Full House’ and ‘Fuller House.’ She was nominated multiple times for the Kid’s Choice Award and Teen Choice Award. She was also nominated twice for the Daytime Emmy Award for Outstanding Entertainment Talk Show Host.

Bure Is Also a Director and a Producer

In 2010, Bob Saget, who played Bure’s father on “Full House,” stated to the now-defunct publication Popeater, “there’s no “Full House” money.” The comedian went on to say, “If you’re not the executive producer or the owner of a show, then you receive residual checks ranging from $2 to $2,000.”

The fact that Bure is credited as a producer for both “Fuller House” and “Aurora Teagarden Mysteries” suggests that she learned from her experience with “Full House.” She also directed three episodes of “Fuller House,” generating additional revenue.

Bure is the author of more than ten books and a New York Times best-seller. Her body of work consists of religious and lifestyle books in addition to children’s literature. Career Trend estimates that a best-selling author earns approximately $65,625 per week.

The couple owns properties in multiple locations that are currently worth millions of dollars. According to reports, Candace and Valerie bought a house in Plantation, Florida, in 2001. Valerie was playing for the Florida Panthers at the time, and according to sources, the cost of the property was approximately $1,377,000.

Candace, a well-known actress, and television personality have been the face of several well-known brands. These deals with well-known brands also guarantee an increase in their popularity and income. Candace was associated with numerous well-known brands, including KFC, Cabbage Patch Babies, and Veronica bread. She has also been featured in prominent publications such as Boca Life, Bella, Hope, and others.