Netflix has the second season of the crime thriller drama Capitani. The show is about Luc Capitani, who now lives in Luxembourg City and takes a job that puts him in the middle of a murder investigation connected to the criminal underworld of the city. It has 12 episodes that last between 27 and 38 minutes each.

After what happened in the last season, Luc Capitani had just been let out of prison because the court didn’t have enough proof that he had killed Vincent Da Costa, the Drug Lord. He now works as a private detective to make money quickly. So, one day when he is looking for a girl who has gone missing, he gets caught in a bigger web of murder, drugs, and dark rituals.

The second season of Capitani began with the mysterious death of a cabaret girl named Andrea. She had strange wounds and traces of drugs on her, and she was holding chicken bones. This seemed like a ritualistic way to die. If you do a simple search on the Internet, the evidence points to the ritualistic culture of Nigeria. So, because of how well he looked into things, Valentina, the owner of Le Carat Cabaret, offers him a job to keep her place safe. 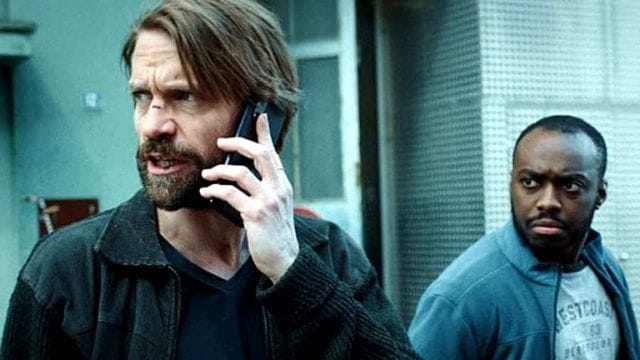 On the other hand, Grace, also known as “Pink Panther,” saw something the night of the murder, but she disappeared before Luc could talk to her. Lucky Onu, her brother, is also looking for her because he wants to bring her home. But while the police are still looking into the case, another murder happens in the same way. And Stella, another girl, is killed.

But because she was wearing Pink Panther’s wig, people thought it was Grace’s body. The murders make the owners of the two big cabarets, Valentina Draga and Gibbs Koenig, want to work together to stop the Nigerians who are bringing drugs into the area and may be behind the killings. Valentina says that they should also sell the drugs, which would put an end to the Nigerians’ business.

Koenig is not in favor of this, but his son Arthur says he will talk to his father and change his mind. As a result of one thing leading to another, unknown people kill Arthur while he is trying to stop the drug trade. Luc can’t figure out why his plan didn’t work, so he asks Carla for help. But soon, Carla meets the same fate as Luc.

On the other hand, the police raid the grand hotel after getting an anonymous tip and busting the drug ring. Lucky Onu gets away and ends up in the hospital where Luc’s sister works. Jean Capitani calls Luc and has him take Lucky to his house so that he can meet Grace. Bianca works with Capitani, too, because she talks to Grace and tries to help the siblings.

Dominic and Tony, a police officer who wants to kill Lucky, chase after them as they try to get Lucky to where Grace is. But it turns out that the person in the car is Capitani, and this is when all the secrets are revealed. It turns out that Valentina’s plan from the time Andrea was killed until now was to take over the business from her competitors.

And the killer was none other than Valentina’s friend’s son, Tony, who was a police officer. When she was 21, his mother died of an overdose, so Valentina took him in. But when Luc found out that Dominik was selling drugs at the cabaret, he figured that Dominik must have stolen the drugs that were coming in, so he came up with this plan to catch him.

But it turned out that he was just his mother’s puppet. He did what Valentina told him to do. But Tony’s cover blows up during the fight, so he tries to kill everyone. Luc shoots him in self-defense and saves Elsa. On the bright side, Joe drives Lucky to where he will meet Grace, and he gets there safely. Capitani is also taken out of his job as a spy.

Will Netflix Order Season 3 of The Series?

In the end, Luc Capitani and Elsa are back in Manschied and spending time with Joe. It looks like they are done with the police world and have decided to grieve the deaths of their loved ones and heal their wounds. But there hasn’t been any news or notice about renewing the season yet. Based on the plot of this season, though, it’s possible that the story could go on.

In the same way that Season 2 of Capitani had nothing to do with Season 1, the creators might put Luc Capitani in different crimes and situations in the next seasons. Even though both of them have been hurt by past relationships, Luc and Elsa could start to fall in love at the place where they first met.

Elsa and Luc Capitani gave up and went back to Manschied. They’d had enough and were ready to put things right. Luc couldn’t save Carla, and he’ll always feel bad about it. He killed Vincent Da Costa in self-defense, but he knew he couldn’t prove that in court. One thing changed the way they lived. Elsa also miscarried.

Steve, her boyfriend, and the baby’s father were to blame. She might have found peace with it, but he was to blame. Even though Luc and Elsa had lost everything, they still had a life. At this point, a person must decide if they want to spend the rest of their life being sad or if they want to be happy and make the most of what they have. They choose to be happy over feeling bad. First, Luc laughs like he just got rid of a huge weight.

The second season of “Capitani” loses its charm because of a fake ending that had some shocking moments but didn’t feel real. Still, “Capitani” is worth watching because of the good acting, especially from Luc Shiltz and Sophie Mousel as a fiery Elsa Ley. This is true even though the movie tries too hard for poetic justice that seems forced and out of place.