Chamillionaire Net Worth: What Makes It So Popular?

American singer, rapper, and entrepreneur Chamillionaire has a net worth of $50 million. In addition to his successful music career, he has amassed a substantial portion of his wealth through his various investment endeavors and his position as chief executive officer of the entertainment company Chamillitary Entertainment.

Hakeem Seriki, better known by his stage name Chamillionaire, was born on November 28, 1979, in Washington, D.C. When he was 3 years old, his family relocated to Houston, Texas. At Jersey Village High School, he developed an appreciation for rap music. Rasaq Seriki, his younger brother, is also a rapper.

“Chamillionaire” is a portmanteau of “chameleon” and “millionaire.” Seriki and his friend and fellow rapper Paul Wall were promoting at an event when they met Michael “5000” Watts, a popular Houston-based mixtape DJ. They proposed to help promote Watt’s company Swishahouse and persuaded him to allow them to freestyle on an introduction to his radio show on Houston hip-hop station KBXX-FM.

Watt’s included their freestyles on one of his mixtapes, and they quickly rose to prominence on the Houston rap scene and mixtape circuit. The Color Changing Click was founded by Seriki and Wall. Additionally, they collaborated on the 2002 album “Get Ya Mind Correct,” which sold over 150,000 copies.

The album was nominated for independent album of the year by The Source Magazine in 2002, and the Color Changin’ Click began to make a name for themselves, performing at the SXSW music festival in 2004.

2005 saw the release of Seriki’s debut solo album, “The Sound of Revenge,” via Chamilitary Entertainment and Universal Records. Eventually, the RIAA certified it platinum after it debuted and peaked at No. 10 on the Billboard 200 chart in the United States. The album also produced the No. 1 Billboard Hot 100 single “Ridin‘,” which earned him the 2007 Grammy Award for Best Rap Performance by a Duo or Group. 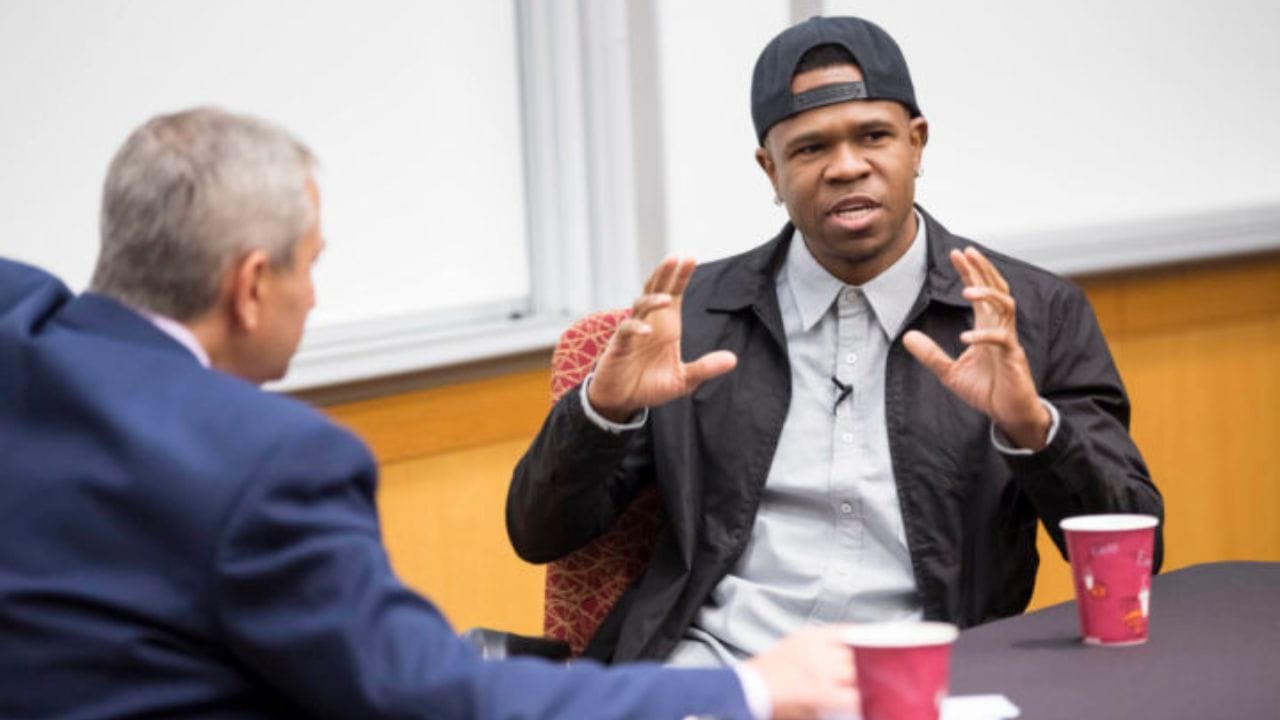 Seriki’s second studio album, “Ultimate Victory” (2007), featured guests such as UGK, Lil Wayne, Devin the Dude, and Lloyd. He had planned to release a third album titled “Venom” in 2011, but the project was eventually abandoned after he parted ways with Universal Records. In March of 2012, he released the EP “Ammunition,” and in 2013 he was expected to release the album “Poison.” Nonetheless, as of February 2020, it has not yet been released.

In addition to his studio albums, Seriki has had tremendous success with his various mixtape projects. In 2004, he released “The Mixtape Messiah,” the longest and most popular mixtape in Texas history, with 61 tracks on three CDs. It was also the first installment in the Mixtape Messiah series, which would become one of his most popular and anticipated works.

The series included a total of seven mixtapes, with subsequent releases occurring in 2005, 2007, 2008, and 2009. In February of 2010, Seriki released the first installment of a new mixtape series titled “Major Pain.” In April 2011, he released the second installment of “Major Pain” along with the mixtapes “Badazz Freemixes,” “Badazz Freemixes 2,” and “Badazz Slowmixes.”

In 2004, he founded his record label, Chamillitary Entertainment. As an artist, he is signed alongside Lil Ken and Troy Henry. Former artists consist of Yung Ro, 50/50 Twin, and Rasaq, the younger brother of Seriki. Mixtapes and albums combined, the label has over 20 releases. Formerly distributed by Universal Records, Chamillitary Entertainment has been independent since January 2011, when Seriki parted ways with the major label.

In 2003, Seriki invested in Fly Rydes, a Houston-based auto dealer. According to him, the company specializes in customizing automobiles, a service that is extremely popular in Texas. Additionally, Seriki founded the modeling agency Masterpiece Mind Frame. In 2009, Seriki co-founded the Global Innovation Tournament as part of the Stanford Entrepreneurial Thought Leaders Seminar Series with Quincy Jones III. In 2009, he also invested in Maker Studios, a network of online video talent that Disney eventually acquired for $500 million.

Seriki’s initial investment in Maker Studios was $1.5 million, and he reportedly received over $20 million from the sale. He also formed a partnership with Maker Studios founder Mark Suster, a managing partner at venture capital firm Upfront Ventures, which contributed to his 2015 appointment as entrepreneur-in-residence. He has since taken a step back from music to focus more on his entrepreneurial endeavors.

Other ventures of Seriki’s include a 2013 investment in the self-driving automation technology company Cruise Automation, which was a highly successful investment given that the company was sold to General Motors for more than $1 billion in 2016.

In May of 2019, he and the rapper E-40 announced that they would invest $25,000 in a company founded and managed by a woman or a person of color. In September of that year, they invested in Atoms, a footwear company that offers shoes in quarter sizes.

What Makes it So Popular?

Chamillionaire is a talented singer, author, investor, and entrepreneur in addition to being a rapper. From the first day of his career to the present day, he has had nothing but success. And his fame stems from his outstanding performances on various stages.

Additionally, he joined multiple groups and works with them to gain popularity. So he was successful. In his teenage years, he and his childhood friend Paul Wall decided to form a band.

When the two friends formed a music group, they collaborated and assisted one another. Once they met the famous DJ in Houston, he introduced himself as “Michael 500 Watts.

After meeting with Michael 500 Watts, Paul decided to show him his talent in his studio. Therefore, both friends met him in his studio and performed on his mixtape.

What is the value of a Chamillionaire?

The estimated net worth of a Chamillionaire is $50 Million.

Chamillionaire was born on November 28, 1979, making him 42 years old at present.

Gunna Net Worth: How Much is Gunna’s Salary?