Chicago Med Season 8 Release Date: Where Can You Watch Season 8 of Chicago Med?

Now that season seven of Chicago Med has concluded, fans are anxiously anticipating the next season.

Luckily for us, season eight of the NBC medical drama was previously confirmed back in early 2020 when Wolf Entertainment inked a five-year contract to stay at NBC. The arrangement covered three more seasons for all of Wolf’s One Chicago franchises.

The season seven finale was indeed exciting, leaving us with some fairly intense cliffhangers. So with that in mind, here’s everything you need to know about season eight.

NBC has confirmed that the eighth season of Chicago Med will premiere somewhere in the fall of 2022, though the specific date has yet to be determined.

The most recent seasons of Chicago Med have always been released in September, except season six, which arrived a bit later due to the production halt during the pandemic. Consequently, assuming the production trend holds, we would expect season eight to follow suit. 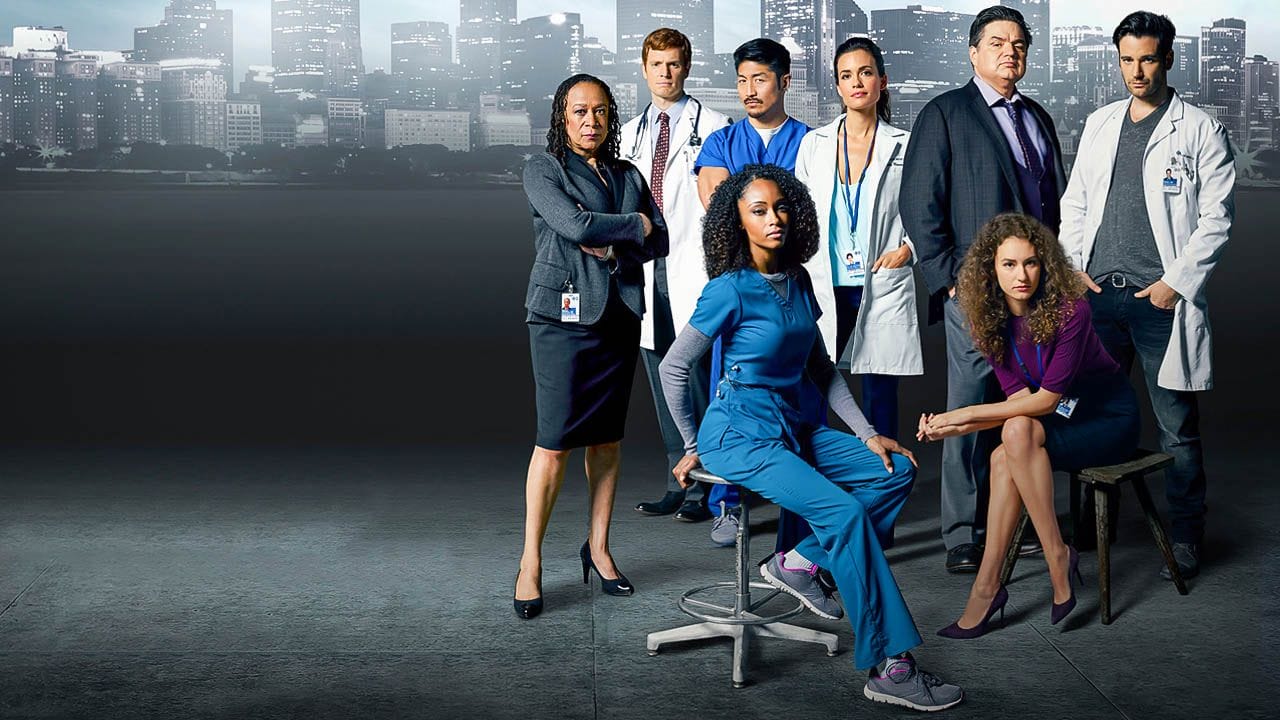 Season seven of Chicago Med was, to say the least, thrilling, and it appears that the dramatic ending has set up season eight for an equally spectacular trip.

Jo plans to leave town in the season finale after a sleazy cop blew her cover during an undercover probe. Dylan Scott goes to Will Halstead’s apartment to say farewell to her after discovering that she has been hiding there.

Jo hands Dylan the proof she’s gathered so he may give it to his father, but they are interrupted by Will, who announces that the building is on fire.

In an unexpected turn of events, one of the culprits from Jo’s case appears, leading to a struggle between himself and Dylan, which ends with Dylan shooting him.

Dylan instructs Jo to flee, and when she exits the room, it is shown that she was hurt during the struggle.

Will returns after hearing the gunshot and assists Dylan in carrying the injured criminal to safety, but in the closing minutes, the flames engulf the corridor, preventing their escape…

Will we discover who the corrupt officer is? Will Jo, Dylan, and Will remain alive? We will have to wait till the eighth season to learn.

In March, it was announced that Steven Weber would be a series regular for the eighth season as Dr. Dean Archer.

In season seven, his character, the polarising director of the emergency department, offered Dr. Hannah Asher (portrayed by Jessy Schram) a second chance to reestablish her career after overcoming addiction.

Schram has also been promoted to series regular, with her character Hannah’s efforts to maintain sobriety likely to be a significant plotline in the upcoming season.

Dr. Ethan Choi (Brian Tee), who has been healing from injuries sustained after the incident, returned in season seven. Although it has not been confirmed whether he will return for season eight, the possibility of his return makes us optimistic.

Last month, it was reported that Kristen Hager will be departing the program and so will not be appearing in season eight. The Being Human actress joined the show in season seven as Dr. Stevie Hammer, replacing Yaya DaCosta and Torrey DeVitto, who left the previous year.

However, executive producers Diane Frolov and Andy Schneider have stated that while Hager is no longer a part of the series, it is feasible for her character to return. 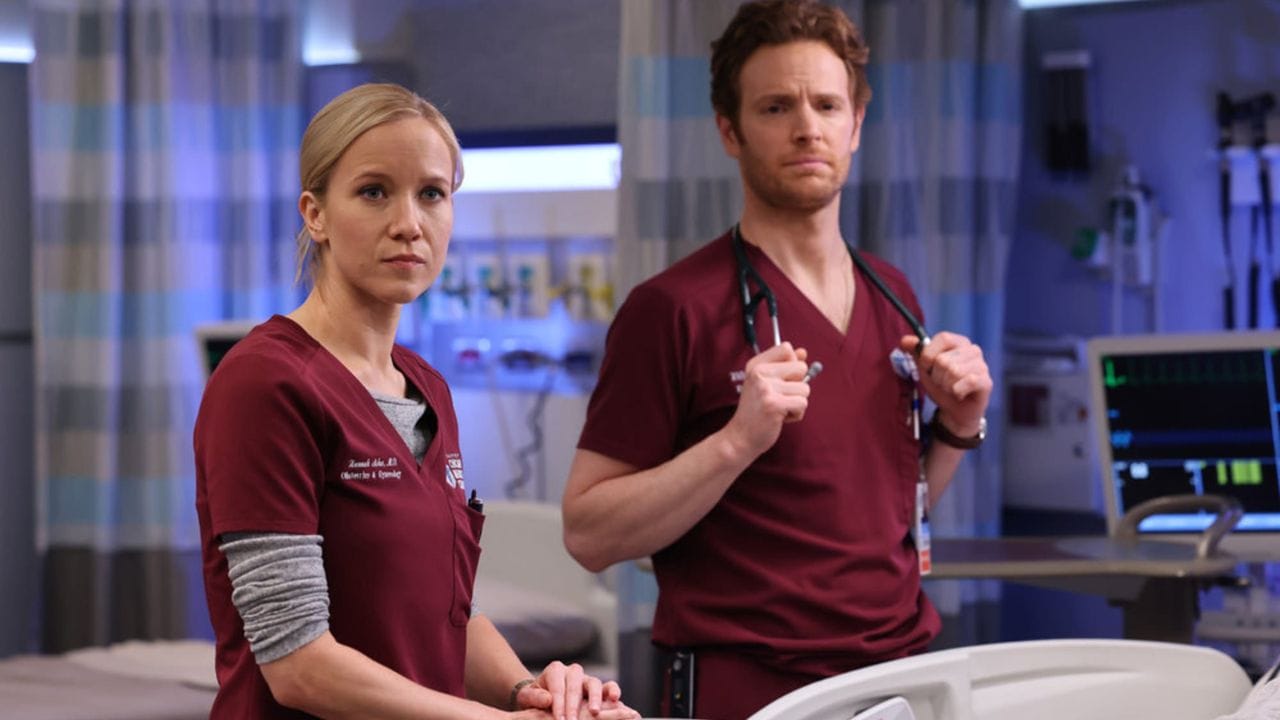 They told Deadline, “We all adored Kristen and would welcome her character’s return in the future.”

Regarding the remaining cast members, we anticipate their return for season eight:

Due to the ongoing production, there is currently no trailer available. However, once a release date is established, we can anticipate the trailer one month before the premiere.

What To Expect In Chicago Med Season 8?

The seventh season of Chicago Med was, to say the least, thrilling, and it appears that the violent finale has set up season eight for an equally thrilling journey. In the season finale, Jo intends to leave town after a dishonest detective reveals her cover during her undercover investigation. Dylan Scott visits Will Halstead’s flat to bid farewell to Jo, where it is revealed that she has been hiding.

Jo provides Dylan with the information she has gathered so that he may present it to his father, but Will Halstead stops them to report a fire in the building.

Unexpectedly, one of the suspects from Jo’s case appears, leading to a struggle between him and Dylan before Dylan shoots him. When Jo flees the room, at Dylan’s instruction, we can see that she was injured during the struggle.

Will arrives after hearing a gunshot while Dylan transports the injured criminal to safety. In the dying seconds, however, the flames trap them in the corridor, preventing their escape. Will we learn the identity of the corrupt officer? Will Will, Dylan, and Jo be able to survive? Season 8 will not begin until then, therefore we will not know.

Where Can You Watch Season 8 of Chicago Med?

How to watch Season 8 of Chicago Med. The eighth season of Chicago Med airs on NBC, with new episodes available on Peacock the following day. On Peacock, you can view all prior seasons of the show.

Tate Mcrae Net Worth: How Did Tate Mcrae Became Famous?