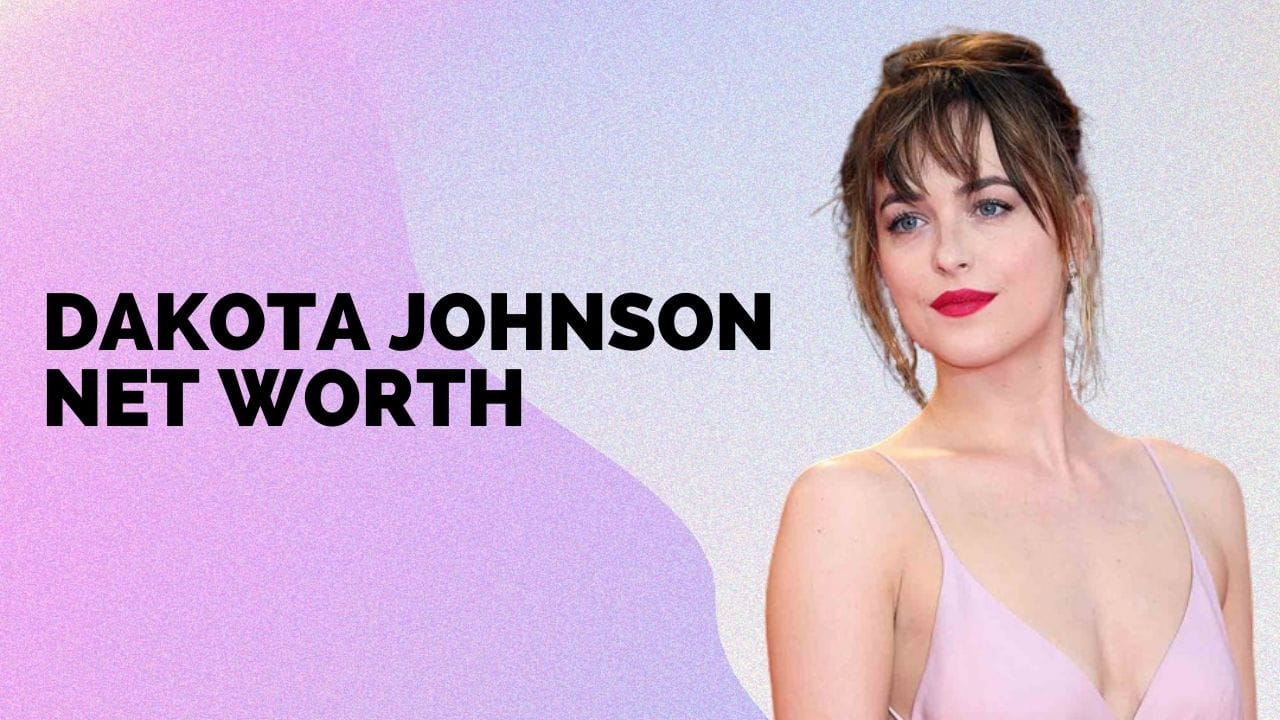 Dakota Mayi Johnson was born in Austin, Texas, on October 4, 1989. Dakota’s parents are both well-known actors, so she was born into a family of actors. Her dad, Don Johnson, is famous for playing James Crockett on the hit TV show “Miami Vice” in the 1980s. Melanie Griffith, Dakota’s mother, is well-known for her roles in movies like “Working Girl,” which came out in 1988.

Her father wasn’t there when she was born because he was filming “The Hot Spot.” Her maternal grandparents used to be actors, so they have also worked in the entertainment business. Dakota used to have a stepfather named Antonio Banderas. She also has two half-siblings from her mother and four half-siblings from her father, for a total of six.

Dakota grew up on movie sets. She went with her parents to different places as they played different roles. She was never able to stay in one place for very long, which made her feel less stable. Johnson was also diagnosed with ADHD at a young age, and it was hard for her to go from one school to the next as her family moved around the country. Dakota later said that she had depression, which started when she was 14 and got so bad that she had to go to rehab in 2007. 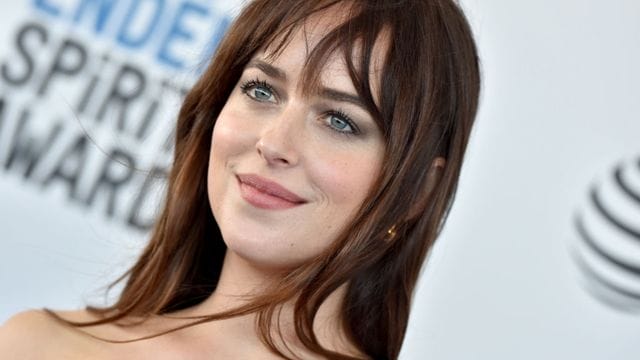 Throughout her life, Dakota Johnson has been romantically linked to many famous people. She started dating the artist Noah Gersh and the actor Jordan Masterson. Johnson also went out with Matthew Hitt. Matthew is best known for being the lead singer of the rock band Drowners.

Dakota Johnson got a lot of attention when she started dating Chris Martin, the lead singer of Coldplay. This has been going on since 2017. When the couple goes outside together, paparazzi probably follow them on both sides of the Atlantic Ocean. They looked for a way to buy a house in Malibu with a Cape Cod style.

Johnson’s first job as a worker was as a model. She became interested in modeling when she was 12 years old, and she was in “Teen Vogue” with the children of other famous people. Dakota’s parents made her finish high school before she could start acting, even though she had been interested in acting since she was young. Even though she didn’t get into the Juilliard School after high school, she didn’t give up on her dream of becoming an actress. Johnson’s first movie was “Crazy in Alabama,” which was made by her stepfather Antonio Banderas and came out in 1999.

After a few years of not doing much, Johnson joined IMG Models and started to take modeling more seriously. She has been a model for MANGO jeans, but that was after she became well-known as an actress. Dakota began acting classes and got an agent after she signed a contract to be a model.

Some of her early roles were not very important, like her part in “The Social Network” in 2010. After “Beastly” and “For Ellen,” he had parts in “Goats,” “The Five-Year Engagement,” and the TV show “21 Jump Street,” but these were also pretty small. Dakota got the lead role in “Date and Switch” in 2012. In the same year, she also joined the cast of “Ben and Kate,” which only ran for one season before being canceled.

Over the next few years, Johnson kept getting small parts in movies and TV shows like “Need for Speed” and “The Office.” In 2015, when she was cast as Anastasia Steele in “Fifty Shades of Grey,” she had her big break. 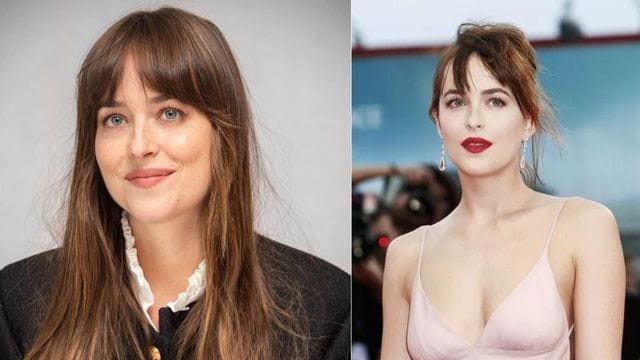 Dakota won the part even though she wasn’t well-known at the time. She beat out several more famous actresses. Since then, she has been in the two sequels of the movie. As of 2020, the three “Fifty Shades” movies have made more than $1.32 billion at the box office. This makes them some of the most successful R-rated movies of all time.

After “Fifty Shades of Grey” became a hit, she got more roles. In 2015, she was in “Black Mass,” “A Bigger Splash,” and “Cymbeline.” In 2016, she released “How to Be Single” as a follow-up. In 2018, Dakota was in a supernatural horror movie called “Suspiria.” She had to go through a lot of dance training to get ready for the part. Many critics praised how she played this part. Also in 2018, Dakota was in “Bad Times at the El Royale,” a neo-noir thriller.

In 2019, Dakota was in a movie called “Wounds,” which was also a horror movie. In the same year, she also starred in “The Peanut Butter Falcon” with Shia LaBeouf. Johnson’s last job of 2019 was in the movie “Our Friend.” In 2020, the actress opened TeaTime Pictures, her own production company.

Johnson’s first time directing was the music video for Coldplay’s “Cry Cry Cry,” which came out in 2020. She kept working as an actress, though, and was in the movie “The High Note.” For this performance, she got a lot of good reviews. In 2020, it was announced that she would be in the movies “The Lost Daughter” and “Don’t Worry.”

In 2015, when she was cast as Anastasia Steele in the popular TV show Fifty Shades of Grey, it was the biggest turning point of her career. Dakota has pretty much done it all in her relatively short career, from big-budget comedies to heartfelt series to a very artsy remake of the horror movie Suspiria.

That might have something to do with how easily she finds her work. She says that she acts like an ancestor, and why wouldn’t she? She comes from an old family.

Then, in the two sequels to Fifty Shades, she played Anastasia Steele again. In 2018, the third sequel to the movie Fifty Shades of Grey came out. It did well at the box office and made more than $1.325 million in 2020. Not to mention that it was one of the most profitable R-rated movies ever.

The hit role she played in Fifty Shades of Grey brought her a lot of fame and success all over the world, and since then, big-budget projects have kept coming to her.

Dakota was in three movies in 2015, including Black Mass, A Bigger Splash, and Cymbeline. After that, she played a role in the romantic comedy How to Be Single in 2016. In the 2018 supernatural horror movie Suspiria, she played the part of Susanna “Susie” Bannion. Her role in the movie brought her a lot of attention. The same year, she was in the neo-noir thriller Bad Times at the El Royale.

Dakota played Carrie in the 2019 horror movie Wounds, and then she played Eleanor in The Peanut Butter Falcon with Shia LaBeouf that same year. She played Nicole Teague in Our Friend at the end of 2019.

The first one was made into an Apple Plus movie called Cha Cha Real Smooth. In it, she plays a young mother who is raising a teenage daughter with autism. Shortly after that movie comes out, Dakota will go to Netflix to play the lead role in an adaptation of Jane Austen’s novel Persuasion. 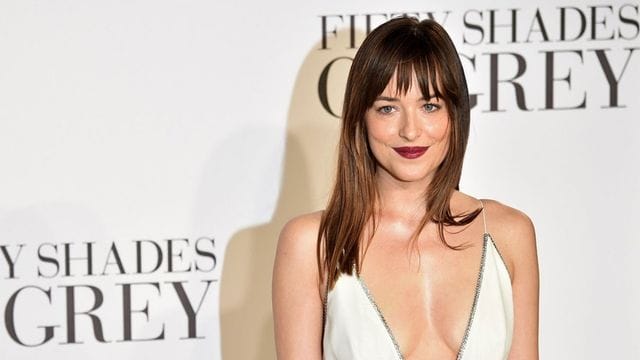 In this series, Johnson will play ann Anne Elliot, a woman who finds herself in a love triangle with the man she let go of when she was younger and a new suitor.

Dakota will soon be back in big-budget movies when she starts work on Madame Web, the latest film in Sony Pictures’ Spider-Man Universe.

In 2020, she had another big year in her career, and she also directed her first music video, for Coldplay’s song “Cry Cry Cry.” In late 2020, Johnson was chosen to play Maggie Sherwood in The High Note, a comedy-drama movie. Many critics gave her high marks for how well she did in the movie.

By 2022, Dakota Johnson’s estimated net worth will be around $14 million. She is one of the highest-paid actresses in Hollywood, and her roles in hit movies and TV shows have made her a big star. The biggest part of her income comes from movies, TV shows, and series, as well as her own production company, where she has already made a lot of money.

She is one of the best actresses in the business and has won many awards throughout her career. Dakota won awards like the Golden Raspberry Awards, Hollywood Film Awards, Hollywood Foreign Press Association, Film Independent Spirit Awards, People’s Choice Awards, and more. She was also nominated for some awards, including the BAFTA Rising Star Award and two MTV Movie & TV Awards.

She makes a lot of money from brand endorsements and commercials. Dakota has been modeling since 2009 when she was in a commercial for MANGO brand’s jeans line. She was also in the 2011 issue of Wish Rising Star, an Australian fashion magazine.

Dakota Johnson has dated other artists, like musician Noah Gersh and actor Jordan Masterson. Matthew Hitt, who is the lead singer of the rock band Drowners, was also her boyfriend. She started dating musician Chris Martin in 2017.

Big-name Net Worth says that Dakota has a net worth of $14 million. If you think that her famous parents, Melanie Griffith and Don Johnson, helped her get some of that money, you’d be wrong.

Near the end of high school, I went up to her and asked, “Would you like to go check out some colleges?” And she said, “Goodness, no. I’m not going to college, not a chance.’ I said, “OK, you get what that means, right?” You’ll no longer be on the finance team.'”

After three weeks, Dakota got a job in The Social Network, so it’s clear that she made the right choice. (Yet, kids, please stay in school, LOL.)

Tell us what you think in the comments section below, and don’t forget to check out Keeperfacts for more crazy facts.

Who Turned Down 50 Shades of Dark?

Emilia Clarke told The Hollywood Reporter during a meeting with a group of entertainers that she has no plans to go naked in future roles.

The Game of Thrones star also said that she turned down the lead role in Fifty Shades of Gray because she didn’t want to be seen as just a pretty face.

Below Deck Med Season 7 Release Date: What Is the Latest Buzz About ‘below Deck Med’ Season 7?

Ajin Season 3 Release Date: Will There Be Season 3 of Ajin Anime Series?