On April 27, Netflix unveiled its summer 2022 movie lineup, and there are so many amazing films planned to arrive on the streamer. One of those films is Dangerous Liaisons, and we’re delighted to share everything we know about the romantic flick right below.

Dangerous Liaison is an upcoming French film directed by Rachel Suissa from a narrative co-written by Suissa and Slimane-Baptiste Berhoun. It’s based on the 1782 novel of the same name by Pierre Choderlos de Laclos. This film marks Suissa’s feature film directing debut. Eleonore Dailly and Edouard de Lachomette joined on as producers of the picture.

The drama film will debut on Netflix on Friday, July 8, 2022, at midnight Pacific/three a.m. Eastern. As usual, the release is delayed. However, the duration of the film is only 1 hour and 47 minutes, so we believe you could watch it and still get a good night’s sleep. 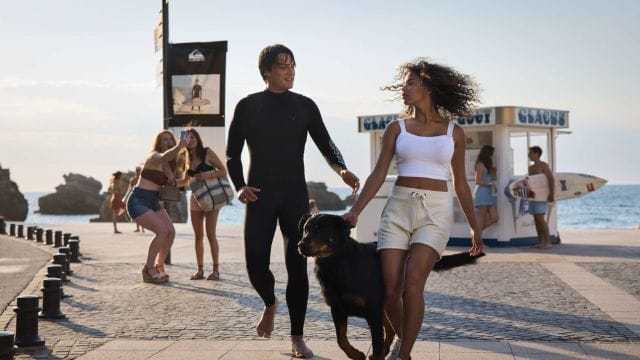 The plot follows Célène, a young woman, as she departs Paris for Biarritz. She attends a new school in Biarritz that is governed by an Instagram star and celebrity surfer. Célène eventually falls in love with the surfer, unaware that she is caught in the center of a vicious wager between the surfer and Instagram influencer.

After reading this synopsis, you’re likely curious as to what this film reminds you of. It probably brings to mind the popular 1990s film Cruel Intentions, starring Sarah Michelle Gellar, Ryan Phillippe, Reese Witherspoon, and Selma Blair. The American film Cruel Intentions is an adaptation of Choderlos de Laclos’s Les Liaisons dangereuses. In essence, Dangerous Liaisons is the French equivalent.

What Streaming Service Has Dangerous Liaisons?