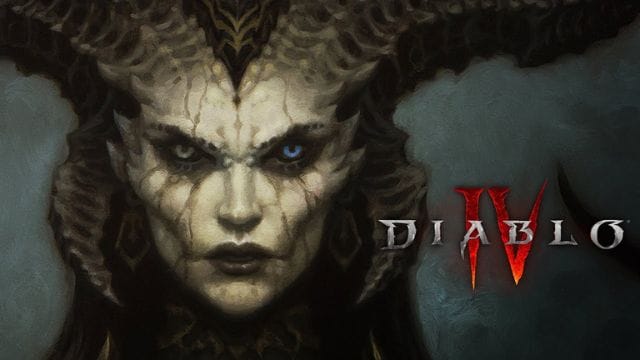 Everything you need to know about the upcoming RPG sequel Diablo 4, including a likely release date, confirmed classes, gameplay, and all of the new features.

Want a summary of the most recent Diablo 4 release date rumours and news? The latest instalment in the demon-slaying action RPG series was announced at BlizzCon 2019 with a variety of teasers and previews. These examples have demonstrated the many Diablo 4 classes we can employ to overcome the legions of creatures blocking our path to the horned lord of the underworld.

The roster of playable classes includes morphing druids, spell-casting wizards, and somersaulting rogues, and each class has distinct combat abilities to help you navigate the shambling zombies, skittering demons, and monstrous horrors that await you in these dark, sacred hallways.

This familiarity is unlikely to disappoint the series’ dedicated followers. However, despite a reasonably transparent production process, the Diablo 4 release date remains unknown to prospective players.

Join us as we crack the seal on the latest Diablo game and explore its darkest dungeons. We’ll rummage into every chest to unearth all we know, from rumours about Diablo 4’s release date and its story to new gameplay mechanics and details we’ve uncovered along the way.

Due to Blizzard’s persistent employment troubles and the effects of the COVID-19 pandemic, we hypothesise that Diablo 4 will launch in late 2023 or early 2024.

The state of California filed a lawsuit against Activision Blizzard in July 2021, alleging years of discrimination and harassment in the workplace. The revelation has since entangled CEO Bobby Kotick and spurred a federal probe in the United States. It continues to develop and is of vital relevance to the video gaming industry. You can catch up on all the latest developments in this continually updated explanation post. 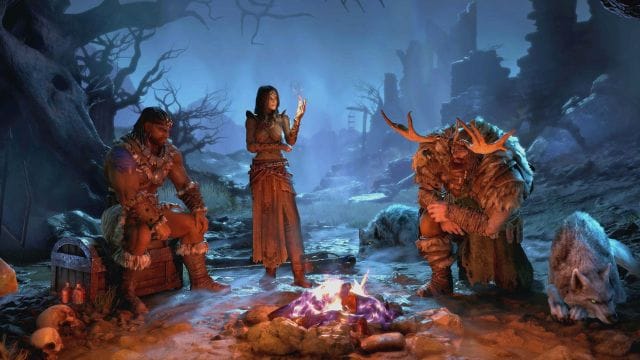 A Diablo 4 trailer accompanied the news, depicting a group of thieves attempting to break into a hallowed tomb while being pursued by monsters. While three of the robbers just make it inside the inner rooms, one is left behind; nonetheless, it doesn’t take long for them to realise they have no business being there.

A wicked sorcerer uses the blood of the three to call forth Lilith, the “daughter of wrath,” into the world.

To give us a taste of what is to come, we have also played Diablo 4. We had a lot of fun, especially with the druid’s shapeshifting abilities. We anticipate creating Diablo 4 builds for each of the four classes revealed thus far: druid, sorceress, rogue, and barbarian.

The Diablo 4 skill tree is one system that is undergoing some revisions. Blizzard has stated that “players will not be able to gain every Skill Tree node” and that “we’re currently aiming for 30 to 40 per cent of the nodes to be filled in by endgame” so that players can create their characters in a variety of ways.

What is the nature of the skill tree in Diablo 4? First of all, it’s an actual tree, not an abstract representation of one as most games offer. Active abilities branch out, whereas passive enhancements extend throughout the tree’s roots. You receive different skill points and passive points for each category.

Each class has its distinct mechanics. The sorceress’s current enchantment system permits the assignment of active skills to passive enchantment slots. This is illustrated with the meteor spell, which, when donned as an enchantment, drops meteors on foes rather than actively casting them.

The recently-announced rogue class has access to a variety of class specialisations, all of which require the accomplishment of distinct quests. These specialisations allow a rogue to acquire one of three skills that provide distinct effects to their ranged or melee fighting. For instance, Shadow Realm creates a black void in which the rogue can isolate and eliminate targets without interference from their allies.

Given that Diablo is a series about battling demons and a plethora of mediaeval Christian symbolism, it should not come as a surprise that Diablo 4’s art design is highly influenced by mediaeval and Renaissance art. In a recent interview, John Mueller, the art director for Diablo 4, cites Frank Frazetta as a source of inspiration because “his paintings reminded me of old European works – the subject matter was very different and visceral, but the technique and the way that surfaces were treated did feel like those Old Masters paintings.”

And that concludes what is now known about Diablo 4. While we await information on the Diablo 4 release date, there is still time to revisit the series’ prior instalments. Diablo 2 Resurrected is now available, and our Diablo 2 Resurrected beginner’s guide can assist you in getting started.

Two new additions address Diablo 4 and Overwatch 2 respectively. Their individual press releases mention that the titles will also be available on PC, Xbox One, and Xbox Series X/S, in addition to PlayStation 4 and PlayStation 5. (looks like the Nintendo Switch will be left out for now).

Halsey Net Worth: Who Is Halsey’s Current Boyfriend?

Lady Gaga Net Worth: Who Is Lady Gaga Husband?