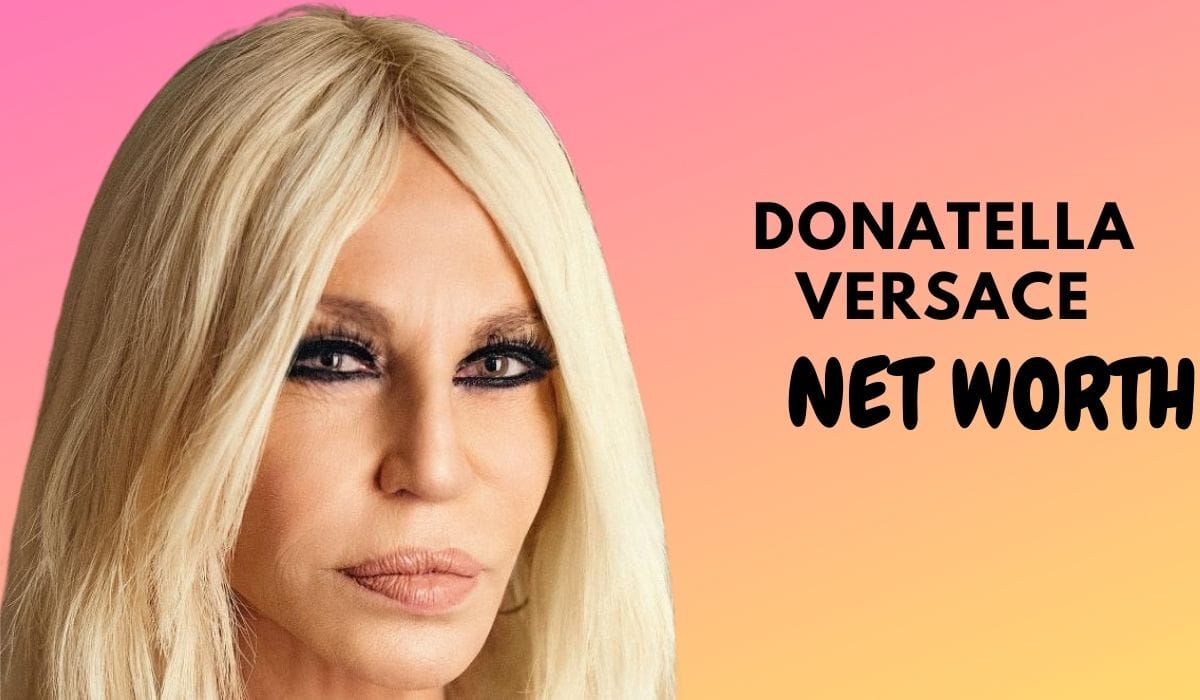 Donatella Versace is a $400 million Italian fashion designer. Donatella Versace is the younger sister of renowned designer Gianni Versace. She inherited his company, Versace, following his terrible assassination in 1997. She worked as Versace’s CEO, chief creative officer, and artistic director, and was pivotal in the company’s $2.12 billion sales to Michael Kors in 2018.

Following Gianni’s 1997 assassination by a psychotic fan, Donatella’s daughter Allegra received a 50% interest in the Versace design firm. Donatella received 20% of the company, while her uncle Santo (Gianni’s brother) received 30%. Donatella and Santo assumed leadership when Allegra was just eleven years old at the time of her uncle’s tragic murder.

Donatella Versace was born Donatella Francesca Versace in Reggio di Calabria, Italy on May 2, 1955. She grew up with her mother Francesca (a dressmaker), father Antonio (a businessman), and three elder siblings, Gianni, Santo, and Tina; Tina tragically died of a tetanus infection when she was just 12 years old. Francesca educated Donatella and Gianni about fashion design, and Versace began coloring her hair blonde at Gianni’s urging when she was 11 years old.

Donatella entered the University of Florence in 1973 with a major in foreign languages and the intention of becoming a teacher. She frequently traveled to Milan throughout her academic years to assist Gianni with his clothing business.

Versace intended to work in Gianni’s firm’s public relations department, but he regarded her as a critic and muse, and when he launched Versace in 1978, he appointed Donatella Vice President of the company. Donatella oversaw the coordination of Versace’s fashion shows and advertising campaigns in the 1980s, and Gianni bestowed upon her a fashion label, Versus, and a perfume, Blonde, in her honor.

From October 2002 to January 2003, London’s Victoria and Albert Museum featured a special exhibit titled “Versace at the V&A” that featured some of Gianni and Donatella’s most well-known designs.

Donatella’s most talked-about design is the low-cut silk chiffon gown Jennifer Lopez wore at the 2000 Grammy Awards; photos of the gown were downloaded more than 640,000 times within 24 hours of the event. Later that year, Trey Parker, the creator of “South Park,” wore a replica of the iconic gown to the Academy Awards.

Donatella has been depicted in popular culture by Maya Rudolph (“Saturday Night Live”), Gina Gershon (” House of Versace”), Penelope Cruz (” American Crime Story: The Assassination of Gianni Versace”), and Lady Gaga dedicated a song to her, “Donatella,” on her 2013 album “Artpop.” Donatella published the book “Versace” in 2016, which details her career and the company’s heritage.

Donatella married Paul Beck, an American model, in 1983, and the couple welcomed daughter Allegra Versace in 1986 and son Daniel in 1989 before divorcing in 2000. Versace married Manuel Dallori in 2004, but the couple divorced the following year. Donatella was extremely close to Gianni and was saddened when he was assassinated in July 1997 by Andrew Cunanan. She struggled with drug addiction following the loss of her beloved brother and entered rehab in 2004.

Additionally, in 2018, she received the International Award from the Council of Fashion Designers of America, and the CNMI in Recognition for Sustainability Award from The Green Carpet Fashion Awards.

The financial data below has been assembled and analyzed by the TheRichest analysts team to offer you a better idea of Donatella Versace’s Net Worth by breaking down the most relevant financial events such as annual salaries, contracts, earnouts, endorsements, and stock ownership.

Donatella Versace bought around 5 million euros ($5.6 million) for Villa Mondadori, a 15,000-square-foot villa in Meina, Italy, in 2019. The four-story residence has 50 rooms, including 20 bedrooms and 12 baths.

Bert Kreischer Net Worth: When Did He First Begin to Grow?