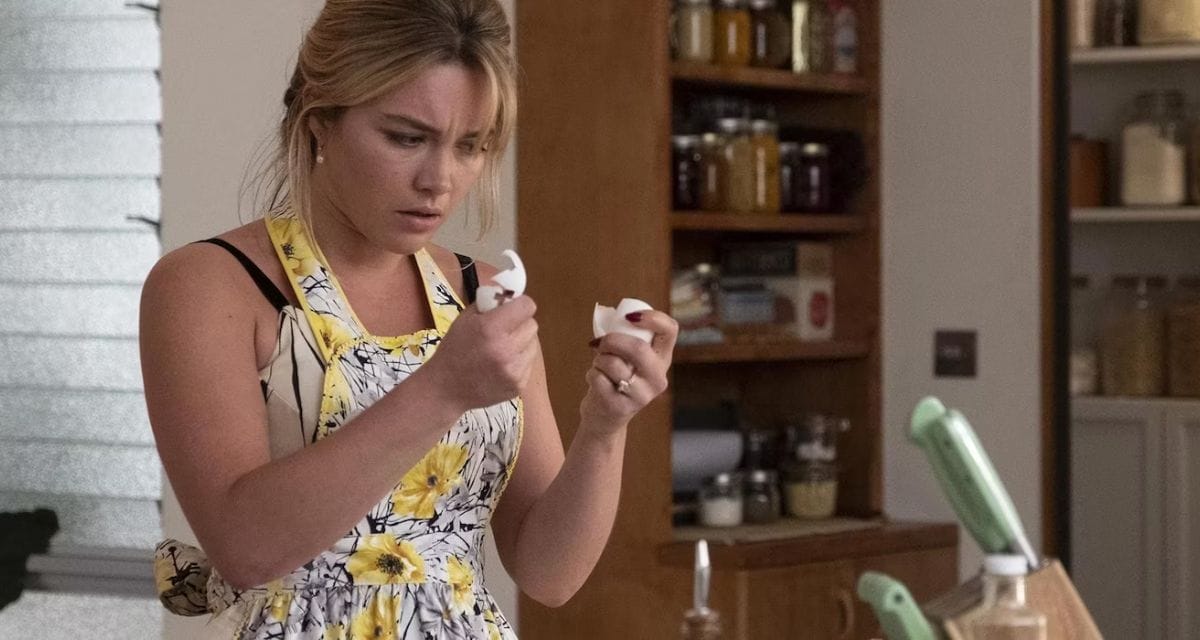 In September, Don’t Worry Darling opened in theaters around the country, and it goes without saying that the world has been buzzing about it. The film was released to mixed reviews, gaining only 39% on Rotten Tomatoes, which may be ascribed to the numerous storyline gaps that make it difficult for the audience to follow and appreciate the story.

When entering a dystopian, psychological thriller like Don’t Worry, Darling, a certain degree of suspension of disbelief is required; yet, directors must be held accountable for making the tale plausible.

For those who have not yet seen Don’t Worry Darling, Olivia Wilde’s second directorial effort, proceed with caution, but here is a brief story summary: Alice Chambers, portrayed by Florence Pugh, resides in the 1950s town of Victory with her romantic husband Jack, portrayed by Harry Styles, who has a secret occupation.

One day, Alice realizes that not everything in this utopia is as it seems, and, to make a long tale short, she discovers that Victory is actually a simulation that Jack forced her to enter when their 21st-century marriage began to fail. When Alice discovers this and Jack tries to compel her to stay, she kills him and flees back to her real life, abandoning the simulation and reentering the world as a widow she created herself.

The majority of the film is devoted to Alice’s hallucinations, so we will begin there. What is actually occurring there? Why do so many of her hallucinations involve potentially fatal and suicidal activities and situations? Certainly, the hallucinations warn her that something is amiss, but none of these hallucinations provide precise evidence that Victory is illegitimate.

There is, of course, the famed empty egg sequence, in which Alice cracks open egg after egg to realize that they contain nothing. This does imply that her perception of reality is warped, but it also introduces a story hole: how do eating and drinking operate in the Victory Project? Are humans nourished in the real world, or do they genuinely consume food in Victory? Aside from the empty egg sequence, the audience typically sees real food being cooked and consumed in Victory, such as the repeated shots of coffee and buttered toast with which Alice and Jack begin their days in Victory. 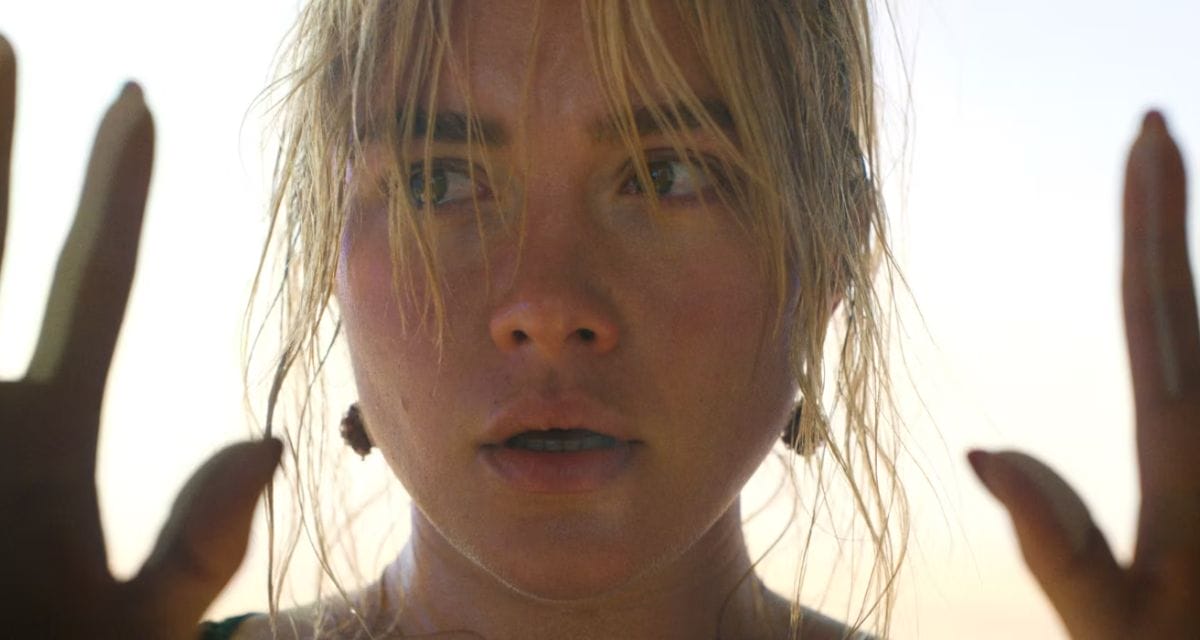 If humans consume food in the Victory Project simulation, do they acquire actual nourishment? Or is it another duty of the men, who leave the simulation each day, to feed their women, whose minds are still absorbed by the simulation? Consequently, how does using the restroom work? In the virtual world of Victory, there is no need to use the restroom.

However, what is going on with their bodies in the actual world? Is there a catheter issue or something comparable?

Similarly, how does pregnancy function within the Victory Project? Jack claims the children aren’t genuine, but Peg (Kate Berlant) is pregnant throughout the film and Bunny (Olivia Wilde) has two children – something is amiss. It is essential to remember that everything in the simulation is artificial and has been painstakingly created to be as genuine as possible; therefore, do the children simply appear within the simulation? Despite this, the concept of pregnancy during the simulation remains incomprehensible. Exist explanations for these questions, or, more likely, were these simply overlooked contingencies?

That Ending Raises Some Valid Questions

The film’s unexpected conclusion is the focus of more significant plot problems to be discussed. First and foremost is the question of how Alice murdered Jack.

How is it that Alice killing Jack in Victory also kills Jack in real life, yet Alice cannot be killed in Victory? How, in layman’s terms, is it possible to kill males in the Victory Project but not women? Possibly due to a lack of clarity in the conversation, Bunny’s word choice in her warnings to Alice seemed to imply that only men can be murdered in Victory, which, regardless of the dialectal purpose, misleads the viewer.

In the last flashbacks of Don’t Worry, Darling, it is revealed that Jack coerced Alice into participating in the Victory Project, but how? It can be inferred that he physically exploited her, possibly while she was sleeping, by forcing her to wear the considerable apparatus depicted in the film.

This does not take into consideration, however, the life that Alice would be leaving behind as a busy surgeon with many ties to the community and coworkers who would notice if she suddenly vanished. Perhaps Jack covered those bases by communicating with her employer on her behalf, stating that they were relocating, or Alice simply resigned, but it seems unlikely that no one from Alice’s life would look for her.

Also, if Jack was unemployed before he and Alice joined the Victory Project, what is the work that he leaves the simulation to do every day in order to ostensibly pay for the project’s expenses? Frank, represented by Chris Pine, may have hired him to help facilitate the Victory Project, therefore he may be employed by the Project itself, which would explain the bizarre job promotion turned forced dancing sequence in the middle of the film. In any case, these are issues that are not addressed in the film and may leave audience members baffled.

How Does the Simulation Work?

In conclusion, the entire concept of the film must be questioned. How do people’s experiences within the Victory Project simulation coexist in the same reality? How do Alice and Jack develop an awareness of the actual world and have a logical dialogue within the simulation? In contrast to virtual reality or VR, which would be the closest modern analog to such a simulation, the Victory Project appears to be more akin to hypnosis, as Victory resides in people’s imaginations as opposed to projected reality.

How is the simulation’s reality communicated to the participants? What are the random earthquakes that occur throughout the film, for example? This is never truly answered and again raises the question of how individuals are able to share such experiences within their various virtual realities. This was a big oversight in the film, which nearly undermines the concept’s credibility.

Obviously, Don’t Worry Darling contains a few rough spots. There are intriguing ideas in the film that, if performed differently, might have been tremendously powerful. Having said that, the film should be recognized for its try, and if for nothing else, should be praised for its magnificent cinematography and its strong lead actress, Florence Pugh, both of which make the picture well worthwhile to watch.