Anime is booming nowadays, thanks to the abundance of innovative and visually attractive animated shows available in the genre. For example, the film “Demon Slayer” has already smashed a couple of box office records, while the television series “Jujutsu Kaisen” has arguably become a must-watch series due to its combination of traditional shonen action and supernatural elements. We’d be remiss, though, if we didn’t mention “Fire Force,” whose unique take on a team of firefighters and the concept of spontaneous combustion has helped catapult the series to its well-deserved fame.

The anime, which is based on the manga created by “Soul Eater” author Atsushi Kubo, is about Shinra Kusakabe, a third-generation pyrokinetic who has the ability to ignite his feet with fire. Shinra joins forces with another team of pyrokinetic known as Special Fire Force Company 8 in order to fight with Infernals, who are humans who have been changed into living blazes as a result of spontaneous combustion.

The second season of “Fire Force” concluded in December 2020 and quickly rose to become one of the top five most-watched anime television shows on Amazon Prime Japan (Via Anime News Network). Fans have obviously expressed their desire for a third season of the successful series, so here is all we know so far about Season 3 of “Fire Force.”

Season 3 of “Fire Force” has not yet been confirmed, nor has a release date for the third season been announced. However, given the popularity of the show, which has translated into considerable sales of the manga, there is reason to believe that another season of the series is in the works and that an announcement might be made as soon as this summer.

The Official “Fire Force” Anime Twitter account stated that sales of the manga had exceeded 15 million copies by the end of April this year. With sales of such magnitude, it is evident that the show is popular enough to justify a second season. 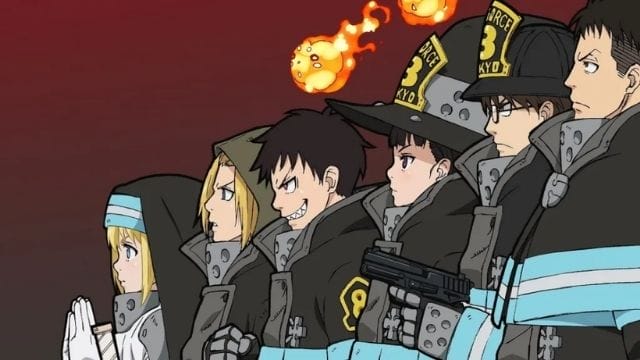 Atsushi Kubo has stated that the manga would be completed shortly, which may cause a delay in the development of a new anime season to be released. The author, Okubo, revealed in an interview with Monsters and Critics that, while things could change, he expected the manga to conclude around volume 30.

Furthermore, as reported by Anime News Network, in the 23rd volume of the manga, Okubo indicated that the tale had reached its conclusion and that “Fire Force” would be his final manga.

Because there have been 28 volumes of the manga published so far, it is possible that there will be a minor delay in determining when it will come to a conclusion.

It is possible that Season 3 will be released in late 2020 or early 2021, although it appears more likely that an official announcement would be made later in the year, with a release date likely to be anytime in 2022 or later.

The only new characters to join the cast were Ogun Montgomery, who was portrayed by Makoto Furukawa (Japanese) and Zeno Robinson (English), and Scop, who was voiced by Kentaro Ito (Japanese) and Tyler Walker (English) (English). A returning voice cast, including Gakuto Kajiwara (in Japanese) and Derick Snow (in English) as Shinra, is still expected to be announced (Via Anime News Network). 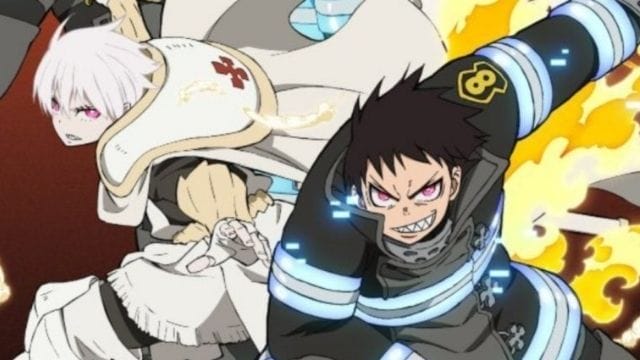 Season 3 should be animated by the same studio that animated the first two seasons, David Production, and should be released in the same format. Season 2 of “Fire Force” will be directed by Tatsuma Minamikawa, who took over for Yuki Yase. To the best of our knowledge, Minamikawa will also return as director for season 3, along with Kazuhiro Miwa as a chief animator and Kenichiro Suehiro as a composer (unless otherwise noted).

It is possible that Season 3 will adapt volume 20 of the manga all the way up to its probable conclusion if the book is genuinely nearing its conclusion unless the anime series deviates into filler territory like “Naruto” or “Bleach.”

The Season 2 finale seems to hint at a far larger war between Company 8 and the Evangelists in the future, if not already. Shinra was pushed in his training to reach a new point known as “The Press Of Death” in order to become stronger in order to deal with the Company’s more hazardous foes. Meanwhile, the assassination of Company 4’s Captain Hague in the season finale delivered a devastating blow to the heroes.

Also Read:- Is There a Second Season of Jujutsu Kaisen Planned? If Planned Then What Is the Release Date?

Read on to find out more. Shinra, on the other hand, is able to create an Adella Link, which allows him to witness Hague’s final moments because of his increased level of ability. As a result of these occurrences, Season 3 will most likely see Company 8 team up with the Tokyo Empire to fight on the Evangelist’s formidable forces.