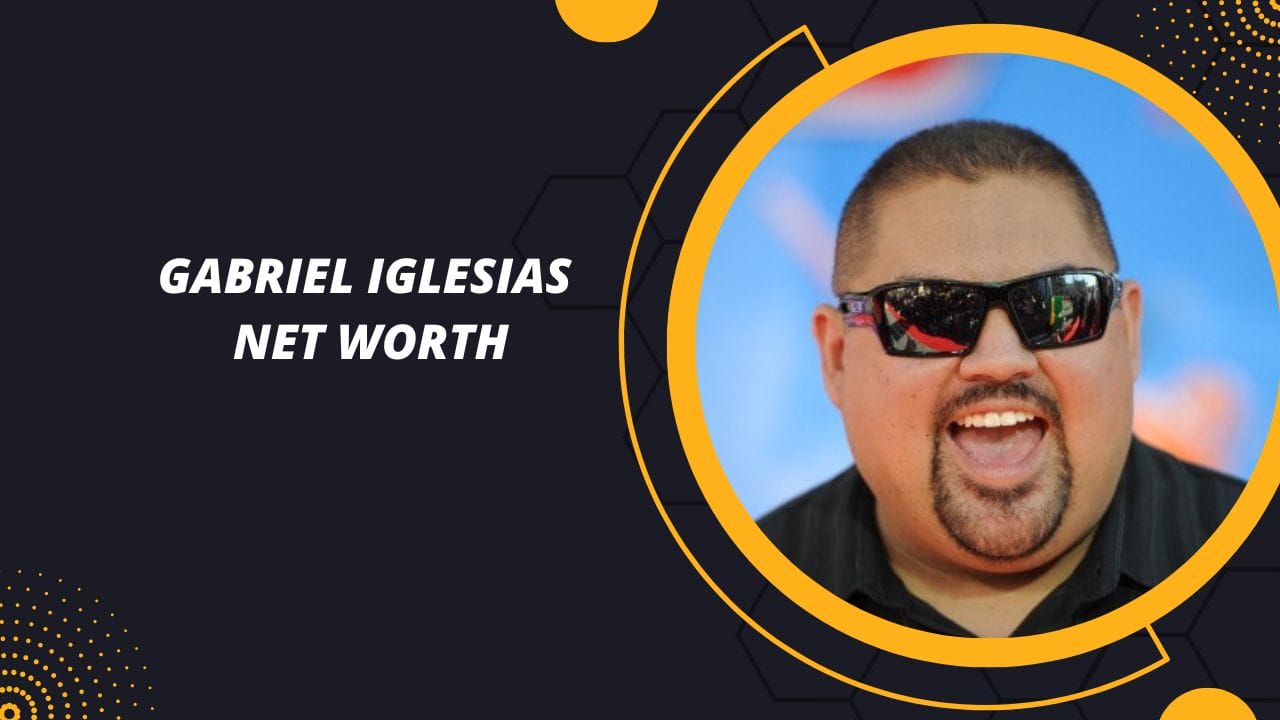 Gabriel Iglesias Net Worth: American actor, comedian, and author Gabriel Iglesias have a net worth of $40 million. Iglesias is a highly successful stand-up comedian who tours the nation, performing to sold-out crowds of devoted fans. In recent years, he has released an abundance of comedy specials on Netflix, where he also stars in his sitcom.

Gabriel Iglesias, who was born in San Diego, California, in 1976, was the youngest of six children. Before settling in Long Beach, he lived as a child in Riverside, Corona, Santa Ana, Baldwin Park, and Compton.

Gabriel Iglesias, according to his personal story, left a secure job with a cell phone company to pursue a career in comedy despite his family’s objections. In 2000, he appeared briefly with Nick Cannon and Amanda Bynes on the Nickelodeon sketch comedy programme All That for one season. In 2007, he voiced a Mexican family on an episode of Family Guy and twins on the Disney television adaptation of The Emperor’s New School.

In the fourth season of the stand-up comedy reality competition Last Comic Standing, he made it to the final eight but was ultimately eliminated for sneaking a cell phone onto the set. Comedy Central released his DVD, Gabriel Iglesias: I’m Not Fat…I’m Fluffy, in 2009. Two years later, the network produced Gabriel Iglesias Presents Stand Up Revolution, a three-season showcase of stand-up comedy hosted by Iglesias.

Iglesias has parlayed his comedy success into a respectable acting career, having appeared in several TV shows and films, such as Magic Mike and A Haunted House 2 and My Wife and Kids, The High Fructose Adventures of Annoying Orange, and Modern Family.

In 2012, Iglesias was nominated for an ALMA Award for Favorite TV Reality, Variety, or Comedy Personality or Act. He has appeared in recurring roles on Hey It’s Fluffy! and Cristela. Iglesias’s voice can be heard in the animated films Planes, The Nut Job, The Book of Life, Norm of the North, Smurfs: The Lost Village, The Nut Job 2: Nutty by Nature, Coco, The Star, and Blazing Samurai, among many others.

Then, in 2019, he received his own Netflix sitcom entitled Mr. Iglesias, which he has described as depicting an alternate version of his life in which he became a history teacher instead of a stand-up comedian. Additionally, Iglesias has released three comedy albums: Hot and Fluffy, We Luv Fluffy, and Aloha Fluffy.

He has cited Bill Cosby, Eddie Murphy, and the late Robin Williams as his greatest influences. However, stand-up comedy will likely remain his first and most enduring passion.

Gabriel earned $21 million between June 2017 and June 2018 from his various endeavors. That was enough to make him one of the ten highest-paid comedians in the world, and he has continued to amass lucrative earnings throughout his career, especially with his association with the notoriously wealthy Netflix.

Iglesias has frequently appeared on lists of the highest-paid comedians in the world, including this one and this one, and it is anticipated that he will continue to do so for some time. Iglesias appears poised to return to his highest earning potential thanks to a deal with Netflix that includes two stand-up specials and a television series, and presumably more as he shows no signs of slowing down or losing his large fan base. His earnings from Netflix are supplemented by a busy touring schedule that keeps him on the road for many months of the year, performing comedy across the United States, frequently with a group of close friends and collaborators.

Iglesias is one of the most successful and popular comedians in the “Netflix Is A Joke” stable, which also includes Jerry Seinfeld, Dave Chappelle, Adam Sandler, Ellen DeGeneres, and many others, making his ascent to the top of his field even more impressive – especially since, unlike many of comedy’s top earners, he’s focused on stand-up rather than leading roles in films or television (the recent Mr. Iglesias being the notable exception, and part of his Netflix production deal).

Iglesias is unmarried and does not have any biological children. Nevertheless, he was previously in a long-term relationship with his ex-girlfriend Claudia Valdez, with whom he shares a stepson named Frankie (Born in December 1997).

They began dating in 2008 or earlier and ended their relationship after nearly 12 years. They are no longer together, but his relationship with them remains excellent. Claudia Valdez is also a producer and an actress.

Gabriel Iglesias reportedly owns a $1.5 million home in the Signal Hill region of California. Probably more interesting than his home is his collection of automobiles: he is so obsessed with Volkswagen buses that he has a $3 million collection of them. He keeps his buses in a massive warehouse that resembles a car museum, and he once gave Business Insider a tour of the collection, which you can view below.

What is Gabriel Iglesias’ net worth?

It is estimated that Gabriel Iglesias has a net worth of $40 million.

What is Gabriel Iglesias’s age?

What is Gabriel Iglesias’ height?

Gabriel Iglesias is well-known for wearing Hawaiian shirts during his stand-up performances, and his unique brand of comedy has earned him widespread acclaim among all age groups.

Currently, he is one of the world’s greatest stand-up comedians. San Antonio Express-News has also described him as a “comedy genius.” He has lent his voice to numerous films, including The Nut Job, Norm of the North, and The Book of Life.

Gabriel Iglesias’ estimated net worth in August 2022 is approximately $40 million.

Noblesse Season 2 Release Date: Why is Noblesse So Popular?