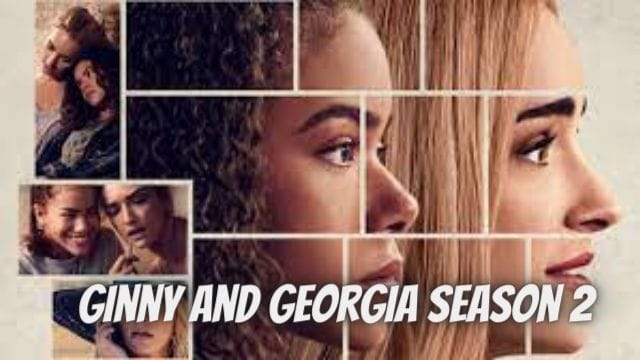 Ginny and Georgia Season 2 Premiere Dates: What Happened in the Last Episode?

Ginny & Georgia, a Netflix original series, should have served as a pretext for a Gilmore Girls-style television show, with its delicate mother-daughter drama and easily consumable life lessons. However, the show ended up being a disappointment. Instead, showrunner Debra J. Fisher and creator Sarah Lampert crammed the series to the gills with plotlines and characters.

It’s an exercise in whiplash to see the title characters switch between love relationships, various degrees of deception, new friendships, a mayoral contest, and, yes, even criminal conduct from episode to episode. Ginny & Georgia is half thriller, half coming-of-age drama, with sprinklings of levity interspersed between the more somber sections of the plot. It’s a grab bag, and there’s something for everyone in it.

Season one began with the titular characters in the midst of a dilemma. In the wake of a series of unfortunate events that have forced the Miller family to relocate several times over the course of a decade, Georgia Miller (Brianne Howey), a cunning 30-year-old single mother, decides to settle down in New England with her estranged 15-year-old daughter, Ginny (Antonia Gentry), and nine-year-old son, Austin (Diesel La Torraca).

All of the episodes in Ginny’s first season, which lasted ten episodes, focused on the fissures in her relationship with her reclusive mother and her initial explorations into friendships and romance while also addressing problems of race, class, and identity.

Ginny & Georgia was destined to be renewed for a second season based on its sheer popularity: 52 million households watched the show in its first 28 days, ensuring that it would be renewed for a third season. This is despite the fact that the show has received mixed critical reception, in particular in light of Taylor Swift’s recent criticism of the performance’s sexist joke about her. Despite the fact that the line was heavily criticized, it is apparent that people fell in love with the show nevertheless.

Gentry teased the press about what to expect in the second season at the MTV Video Music Awards in May of 2021: “It’s like being on a roller coaster. Even I am not aware of all of the specifics, I am on the verge of jumping out of my skin. I know it’s going to be a full package of pure excitement and plot, as well as crazy, but I’m not sure what to expect ” she explained.

Ginny and Georgia Season 2 About

The first season concluded with a slew of unresolved questions. Is it possible that Austin and Ginny escaped? What’s going on with Ginny and Marcus? Are Georgia and the mayor’s wedding going to happen? And isn’t the Georgia prison system coming ever closer? We want to know!

Fortunately, we do have a solution. Gentry clarified Ginny’s destination in an interview with TV Line. While packing her suitcase, she takes the book Zion offers her, and if you were paying attention when Zion arrives and gives her the book, you know that he includes an address. “She discovers that he has a secret coded message in it, and it’s his Boston apartment location. As a result, I’m inclined to believe that Ginny is on her way to Zion. 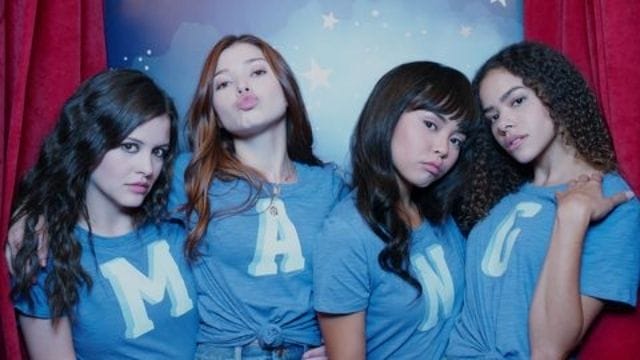 The season finale also hinted at Austin’s father’s reappearance in season two. Even though there’s a lot going on in the finale, we never learn what Austin is up to when he’s off from school, and my best bet is that his father has shown up at some point. In addition, we know that Ginny sent Austin’s letters to his father via regular mail, which has alarmed Georgia to no end. When Ginny is confronted with her question, “Did you put our return address on?” the plotline gets sidelined by the events in the last episode.

Councilman Paul’s portrayer Scott Porter hinted that his straight-laced persona might conceal a darker side. Porter told HollywoodLife: “As far as Mayor Paul goes, I have had questions since day one about where he came from because of the things that he says in the show.

He was a student there. It’s remarkable that someone with an Ivy League background would go out and teach English in foreign countries instead of pursuing a more traditional path into politics. But when he returned to the United States, he was able to do this.

What motivates a person like this? He’s a chameleon, but he’s also quite focused. What, then, prompted him to act in such a manner? I can’t wait to learn more about his roots and the people who raised him.”

As far as we can tell, we can expect to see a wide range of individuals and circumstances on the show. Ginny & Georgia’s refusal to shy away from important discussions regarding race, gender, sexuality, and ability is one of the best aspects of the show.

Ginny’s anger and struggle to fit in are obvious because she is mixed in a predominantly white area. She also has a lesbian best friend, Maxine (Sara Waisglass), who is one of the few pupils at her school who is out. A deaf character named Maxine’s father appears in the show, and he spends the entire season merely “vibing.”

Gentry has been open and honest about the show’s commitment to diversity and equality. During an interview with W magazine, she noted, “I never saw a biracial lead.” At the time, I didn’t understand how much I wished I had seen more interracial couples and stories on television and in movies.”

“The show does a really amazing job of writing these young kids who are trying to figure out race and sexuality,” says Padma’s actress Rebecca Ablack in an interview with the magazine Brown Girl. I could relate to the conversations between these characters because of the ones I used to have with my friends when I was their age. A woman of color living in a world designed for whiteness has no choice but to identify with these people.

They have also spoken out regarding the presence of ASL in the show. Precocious teen Maxine’s Waisglass learned the language for this role. The incorporation of ASL was a fantastic experience for me, just on a personal level… This role required us to learn a new language from scratch,” she exclaimed. You have to see it to believe it, and it includes everyone.” That’s one of the things I enjoy most about the show. That, to me, was a wonderful thing.

Fisher remarked in an interview with Entertainment Weekly, “We want to keep talking about Ginny and Georgia for a long time.” He told OprahMag.com that: “Season 1 was, in fact, the first season. We’ve only just begun to peel back the layers of all the characters we’re interested in exploring.”

According to Gentry, who spoke to ELLE, ” “Ginny needs to get her hands dirty if we’re going to see her in action. I’d want to see her take on more of a Georgian persona. I’d like to see her put in some serious effort and display the viciousness that I know she possesses. If only I had the time to do so.” 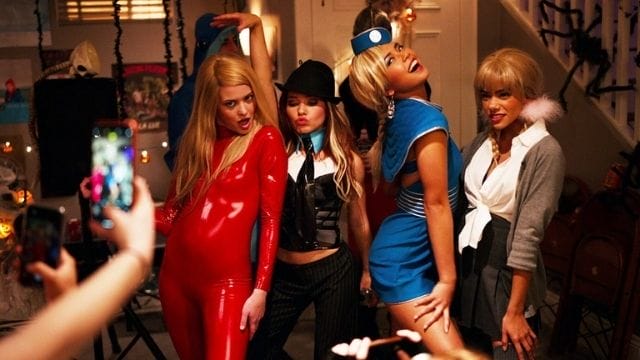 She said to Seventeen magazine in early November 2021: “It is evident that the stakes in season 2 are significantly higher than they were in season 1. As a result, I believe that the show’s viewers can expect plenty of suspense, a buildup to the climax, and the introduction of a few intriguing characters. In the meantime, I’m eagerly awaiting our return to filming, which is imminent. I feel like I’m finally ready. I miss my co-stars and crew.”

Also Read:- Squid Game Season 2 Has Received an Update, and Fans Will Not Be Pleased With the Results!

Interestingly, Aaron Ashmore (Locke and Key) has been cast as Austin’s father, Gil, which means that Austin’s father will, presumably, turn up in Wellsbury and wreak all sorts of havoc. So far, Gil has been listed as appearing in all ten episodes of season two on IMDB, indicating that he will play a significant role in the upcoming season.

Also Read:- Is There Going to Be an 1883 Season 2? If Going Then What Is the Release Date?

Unfortunately, a second season will not be released as quickly as fans would have liked. Despite the fact that the show was renewed in April, season two did not begin filming until November of 2021, according to What’s On Netflix. According to the show’s Instagram page, which was updated in mid-October, “As we gear up to film season two, let’s take a look back at filming episode one of season one.”

So, when can we expect to see it on the streaming service Netflix? Approximately four months were spent filming season one, and according to What’s on Netflix, “the best estimate right now is that Ginny & Georgia season 2 will slip onto Netflix sometime in the middle to late 2022.”

Read More:- What Day Does Zombie 3 Come Out in Theatres?it Will Premiere on Disney Channel in 2023?

What Can We Expect From All of Us Are Dead Season 2? Will It Happen?