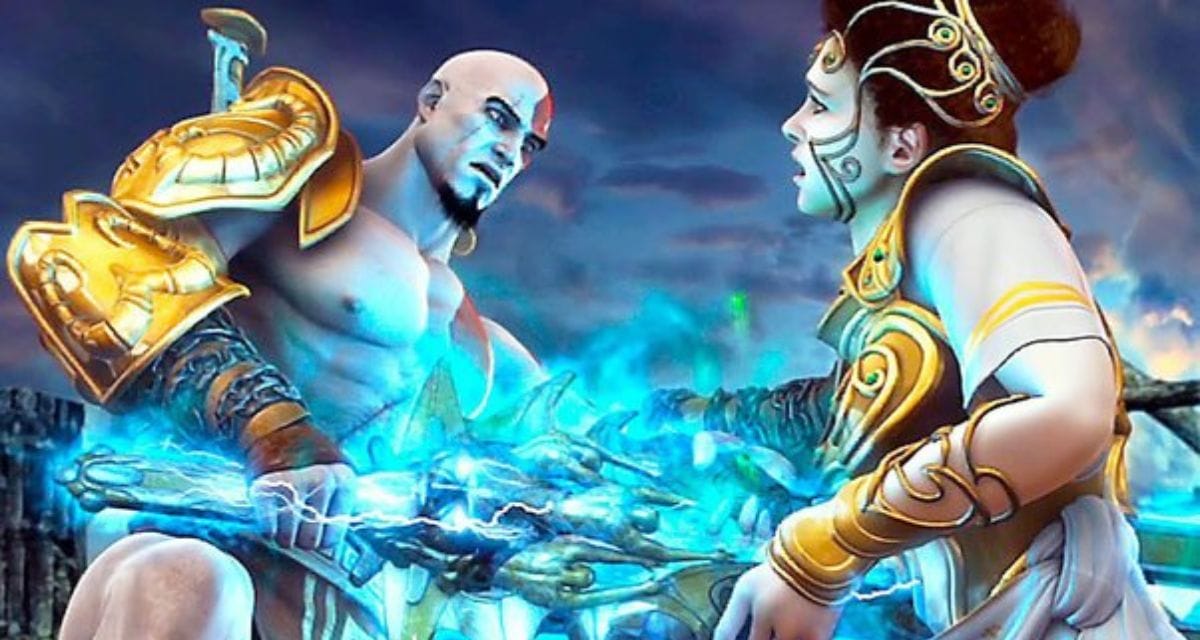 The 8 Strongest God Of War Characters

Since the franchise has existed for more than 17 years, Kratos has interacted with several other individuals that have impacted his heroically tragic story. Those who have enjoyed the game have posted their favorite characters on Reddit.

In God of War III, the god of fire and volcanoes played a vital role. Hephaestus was still kind towards the Spartan Warrior despite Kratos having an affair with his wife Aphrodite and being the reason for his imprisonment in Hades.

Korba007 states in a Reddit comment that their favorite character is likely Hephaestus and that they were “very sad to see him depart.” Kratos’ conversations with Hephaestus were immensely memorable, despite the fact that Hephaestus ultimately betrayed Kratos to get retribution.

Deimos is the younger brother of Kratos. Due to his birthmark, Deimos was believed to be the warrior destined to bring down Olympus in the game. Because of this, he was imprisoned in the Domain of Death until his brother Kratos released him.

Redditor Stevens0598 explains that Deimos is their favorite secondary character and that they “hope he’s referenced in some capacity” in God of War Ragnarok. Deimos and Kratos have a complicated connection, and he was briefly addressed in God of War: Ragnarok as Kratos persuaded Freya to make amends with her brother Freyr.

Hades has aided Kratos numerous times in the God of War series before finally facing him in God of War III. Since Kratos murdered Hades’s wife Persephone in God of War: Chains of Olympus, Hades has every right to be angry with Kratos.

Hades is “the coolest boss fights in the series” and one of the best characters in the franchise, according to Reddit user Decoy Octopus. In addition, they found it amusing that Kratos used Hades’ weapon to steal his soul. Many franchise fans hope he will appear in God of War: Ragnarok. Unfortunately, this did not occur. Perhaps in the future, fans will have another opportunity to view the Greek god of the underworld.

Freya, also known as the Witch, is one of the main protagonists in God of War (2018) and God of War Ragnarok. After her marriage to Zeus, the former queen of the Valkyries fell from favor. Her narrative is extremely terrible, given that the son she cursed desires nothing more than to murder her.

Reddit user theblackpalace praised Freya’s addition to the God of War franchise, stating that she is “the first female character in the series” who is “well-represented” with an “interesting and enigmatic character development” and “believable objective and deeds.” The decision by the game’s writers to humanize Freya paid off by evoking an emotional response in many players.

From a bloodthirsty character in the early God of War games to a complex father who wants to do the right thing by his son Atreus in God of War: Ragnarok, Kratos has undergone a significant transformation. Given that he is the series’ protagonist, it makes sense for Kratos to be one of the best characters.

According to Reddit user ElChiiko, Kratos in God of War (2018) is “much better.” While they “love the original Kratos,” God of War Ragnarok’s Kratos is “so much wiser,” especially now that he must cultivate his relationship with Atreus. With his extensive history, Kratos is undeniably one of the greatest protagonists in the history of video games.

Mimir serves as Kratos and Atreus’ ally in both God of War (2018) and God of War Ragnarok. He was known as the most intelligent man alive. Mimir is a clever and upbeat character, so much so that many fans have liked his banter with the game’s heroes despite the fact that only his head remains of his body.

A comment by Reddit user Walking Deadpool states that Mimir “brought the game the necessary amount of humor.” They remark that they “cannot imagine how dull the game would have been” without Mimir. In addition, his intelligence and practicality have led some admirers to believe that Mimir’s zodiac sign is Capricorn.

While he is frequently associated with his brother Brok, Singer is a colorful character who has won the hearts of many series fans on his own. Singer, unlike his brother Brok, is courteous and pleasant. He is a very important character in the franchise because he helps Kratos and Atreus make their weapons and equipment.

The Reddit user great-nba-comment proclaims Sindri to be their “all-time favorite character” in any franchise. In addition to his affable and knowledgable demeanor, Sindri is “exceptionally well-acted and energetic.” Due to Brok’s murder at the hands of Odin, Sindri and Kratos’ friendship has become strained.

In the God of War series, Athena had a very varied and intricate role, ranging from neutral personality to deuteragonist to, in God of War III, antagonist. The Greek goddess of wisdom and knowledge appeared briefly in God of War (2018), mocking Kratos.

In a Reddit post, member Fenrirwolf132 boasts that Athena is “the most intriguing character” in the God of War franchise. She is an extremely alluring and manipulative antagonist who was defeated by the warrior she worked so diligently to exploit.

In God of War Ragnarok, unlike the previous game, Atreus has a more active role, and players can really control him. In God of War (2018), many players found Atreus to be annoying due to his nonsensical arguments and immature personality; however, the most recent game has given his personality greater depth. In fact, Atreus has said some of the most famous lines in the franchise’s history.

Atreus is Bellona123’s favorite character in the God of War series because he is “one of the best NPCs” that players can interact with. They commend the developer’s decision to make Atreus a “useful” and not overpowered character. God of War’s gameplay and combat mechanics have been significantly improved by Atreus’ addition to the franchise.

Jormungandr is a huge serpent in Norse mythology whose purpose is to wait for Ragnarok and reshape the world for the survivors of the devastating prophecy. He is well known for assisting Kratos and Atreus in the God of War battle against Baldur (2018). In addition, he appears in God of War: Ragnarok, albeit his role, has been drastically reduced.

Online support for Jormungandr has increased despite his lack of involvement in the most recent game. According to Reddit user poplikers, it was truly “awesome” when the world serpent “bit the zombie giant’s skull.” Due to Jormungandr’s horrifying size and strength, gamers are generally relieved that they do not have to battle him.

Famous actors who love to gamble