Guardians of the Galaxy 3 looks like it will come out in May 2023, if everything goes well. The director, James Gunn, said that filming began in November 2021.

The director has been talking up the release of the threequel by saying that it will show “huge” amounts of different worlds. He’s even said that the soundtrack is finished, so everything is set for the movie to be a great end to the trilogy.

Fans of Marvel, on the other hand, are likely to wonder if Thor: Love and Thunder will have anything to do with the third Guardians of the Galaxy movie. Well, we’ll tell you!

Guardians of the Galaxy 3 plot

For now, we don’t know much about the plot of the third movie, but Gunn has said that it will be the “epic conclusion” to the story he started in 2014’s Guardians of the Galaxy.

The movie will be the end of this version of the team on screen, and Bautista says he won’t play Drax in any more movies. “I mean, as far as my obligations go, I have Guardians 3, and that’s probably going to be the end of Drax,” he told Digital Spy.

But Thor: Love and Thunder did give us a little taste of what the Guardians have been doing since Endgame.

Thanks to Gorr the God Butcher killing gods, the Guardians and Thor are getting help calls from all over the universe. Starlord suggests that the team split up so that they can help more people across the galaxy. 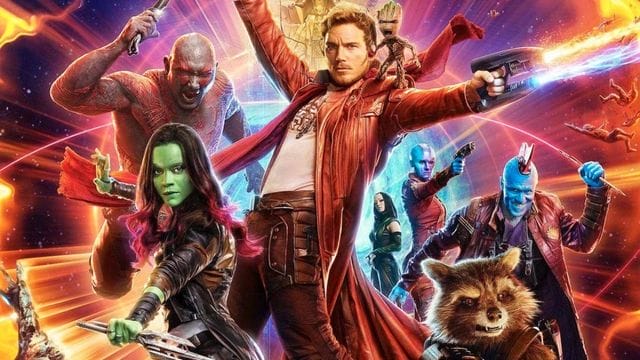 They leave Thor: Love and Thunder to go do that, which is probably why they left. We think that Guardians of the Galaxy Vol. 3 will use this plot point as a quick introduction to the real story of the third movie, which will probably be the search for Gamora after she went missing after the big fight with Thanos.

Gunn has said that if he hadn’t been able to make the third film, he would have been most upset about not being able to finish Rocket’s story. So, the third movie should have more of Rocket, maybe even his whole backstory.

He has also teased that the third movie is “pretty heavy” and said, “It’s a heavier story, so it’s an emotional process to go through.” Pratt said it was a work of art.

Karen Gillan agreed with this when she said that she and Pom Klementieff cried when they read the script together. “It’s brilliant, it’s emotional, it’s funny, and it has everything you want,” she said.

Guardians of the Galaxy 3 Cast

Chris Pratt will be back as Star-Lord, Dave Bautista will be Drax, Karen Gillan will be Nebula, Bradley Cooper will be Rocket, Vin Diesel will be Groot, and Pom Klementieff will be Mantis. After what happens in Avengers: Endgame, Zoe Saldana will also be back as Gamora.

We thought Gamora died in Avengers: Infinity War, but Endgame showed us a Gamora from the past in 2014. This Gamora was brought to 2023, where Tony Stark saved the day, and then she disappeared.

Saldana has said that she wants to “explore a bad Gamora” in the third Guardians movie, and we’d be all for that. The actor has also been giving hints about the plot of the third movie, and it sounds like we’ll need tissues.

“There’s a lot of sadness here, but there’s also pride in what we’ve done. James Gunn wrote a beautiful story that makes us cry even as we film it “she said.

As we said, the Guardians will be back in Thor: Love and Thunder, which comes out before the third movie. Chris Hemsworth could play Thor in the third Guardians of the Galaxy movie, or the movie could pick up after the Guardians leave Thor’s side.

Gunn has said that Guardians 3 happens after the new Thor movie. This could mean that there won’t be a Thor crossover, especially since the Thor 4 trailer shows that Thor leaves his new friends behind pretty quickly.

Yondu’s old friend Kraglin, played by Sean Gunn, is said to be coming back. Elizabeth Debicki, who played Ayesha, could also come back since the star is up for a return. “I’d love to, even if I could only stay for a second. I mean, I’d be happy to come back, “she told me. Stakar, played by Sylvester Stallone, is also back, which could mean that his fellow Ravagers, played by Michelle Yeoh, Ving Rhames, Miley Cyrus, and Michael Rosenbaum, will come back to the MCU in the future. 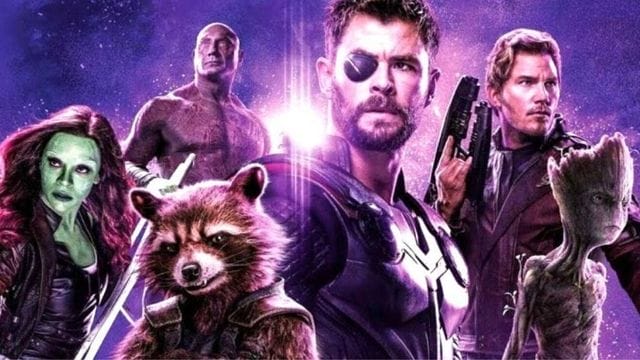 Guardians of the Galaxy 3 Release Date

Marvel finally said that Guardians of the Galaxy Vol. 3 will come out on May 5, 2023, so you can start counting down now.

Disney changed the release dates of all of the Phase 4 movies in October 2021, but the threequel stayed right where it was. We hope that stays true and that it will be in theatres in May 2023.

Before that, in December 2022, Disney+ will air a Holiday Special that will reportedly introduce “one of the best MCU characters of all time.” It is being filmed at the same time as the third movie and takes place between Thor 4 and Guardians 3.

As was said above, the third movie is already being filmed, and Gunn says it will be done at the “beginning of May.” Of course, just because filming is done doesn’t mean the movie is ready to go. There is still work to be done after filming is done.

The filming of the threequel has already broken a world record. It has more makeup tools than The Grinch, which was the previous record holder. Impressive.

Guardians of the Galaxy 3 Trailer

The filming is almost done, but we don’t think the first footage will be ready for a while.

Now that we know when it will come out, the first trailer might be shown at Comic-Con 2022, but we hope we won’t have to wait that long.

Where Can I See the Third Guardians of the Galaxy Film?

The movie Guardians of the Galaxy Vol. 3 will come out on May 5, 2023. On Disney+, you can watch the two movies that came out before.

Guardians of the Galaxy 3

Will Poulter has been confirmed to play Adam Warlock, a role that has been rumored to be coming to the MCU ever since he was teased in one of Guardians of the Galaxy Vol. 2’s credit scenes.

Poulter said of his casting, “I feel very lucky and honored to be a part of the Marvel family.”

“Especially in a series like Guardians of the Galaxy, which I think is very original and full of great ideas. I look up to James Gunn, so I feel very lucky.”

Poulter has also talked about how he had to change his body for the role, which is not something he would recommend to anyone.

“I’m not eating a lot to gain weight, and I’m not eating less to lose weight. I haven’t gained or lost any weight “He gave a reason. “There have been times when I looked at food and felt like I couldn’t face it. Then you blink, and the next thing you know, you’re so hungry you’d eat furniture.”

Chukwudi Iwuji, who starred in Peacemaker, is also joining. We don’t know who he’s playing, but Gunn said, “He’s one of the main characters in the movie, and people are going crazy over how good he is.”

Michael Rooker as Yondu, who gave his life to save Star-Lord in the second movie, is one person we won’t see unless it’s in a flashback.

Gunn tweeted, “As I’ve said before, Yondu is dead and will stay dead as long as I’m working with the Guardians.” “His death is important to people, and I’m not going to take that away from them.”

Don Johnson Net Worth: How Has Don Johnson Earned in His Successful Career?