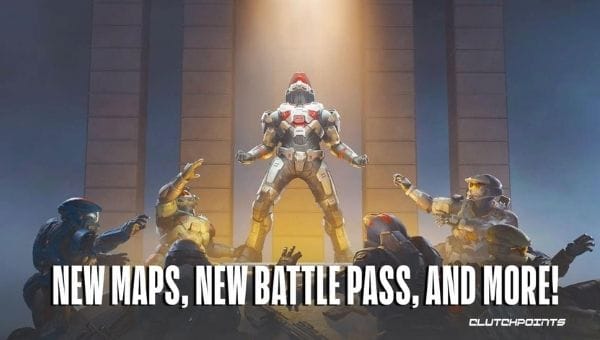 Halo Infinite Season 2: Battle Pass, New Modes, Will There Be a Halo Season 2?

After a series of unexpected delays, Halo Infinite Season 2 is finally on the road, and it’s planned to bring a new battle pass, maps, and modes. Here is what we currently know.

Halo Infinite Season 2 anticipation has been building for quite some time. Season 1 began in November 2021, which means that four months have passed without a transition to a new season.

However, Joseph Staten, Halo Infinite’s Head of Creative, explained the game’s plan and provided some insights on when and what Season 2 will entail.

Thanks to your continued feedback, we are happy to confirm Credits will be earnable in Season 2’s Battle Pass. That means you will be able to earn Credits as part of your Halo Infinite progression. We’ll have more to share on this as we get closer to Season 2.

What to Expect From Halo Infinite Season 2

When Season 2 is finally released, there will be an abundance of new material to focus on. After such a lengthy first season, the game will surely undergo significant adjustments.

We don’t have complete information on them yet, but keep a watch out – we’ll have all of the new Halo Infinite map callouts as soon as they become available!

On April 21, a small teaser revealed three new game modes coming to Halo Infinite Season 2. These include the following:

Along with the much-anticipated return of King of the Hill, we’ll get to play Landgrab, which acts as a scaled-down version of Battlefield’s Conquest mode. Last Spartan Standing is the most interesting feature, as it is a full-fledged battle royale mode. With only one life and a map that is rapidly diminishing, this is a war that only one player can win – and one that is certain to breathe new life into Halo Infinite.

343 Industries has confirmed the addition of two new maps to Halo Infinite Season 2. The first is a Big-Team-Battle map titled Breaker, which appears to be themed around an arid desert environment.

The second map, Catalyst, is significantly smaller, which makes sense given that it is an arena map. It takes place within and around a structure that resembles an ancient abandoned laboratory covered in moss and divided into two levels.

Catalyst is scheduled to enter “several playlists” on day one, which means we’ll be seeing a lot of this new layout in Season 2.

Both maps were unveiled on April 15 alongside a new deep-dive trailer that took viewers through the new designs.

From the placements of power weapons to grav lifts and more, this early preview is an excellent way to prepare for the Season 2 update.

Along with new maps, the creators revealed three new modes, one of which is an old favourite. The first is Last Spartan Standing, a “free-for-all elimination mode,” as they defined it.

The second mode is the venerable King of the Hill. As the name implies, it is a competition to see who can hold the ‘hill’ for the longest period of time. It is available in two modes: Free-For-All and Team vs. Team.

The third option is Land Grab, which combines King of the Hill with another popular mode, Territories. Players must fight to reclaim possession of five pieces of land strewn across the area.

Additionally, we’ve heard that Attrition will return for Season 2. After a brief appearance at launch, this revive-focused mode has the potential to become a season fixture.

That concludes our knowledge of Halo Infinite’s future season. Additional information will be made available in the coming weeks and months. We will update this post as new information becomes available.

The community has been waiting an extended period of time for word on it, and they will have to wait a bit longer. However, interest is rekindling now that additional facts are beginning to emerge. Keep an eye on our Halo Infinite page to be informed on all the latest developments.

Heads up for speedrunners and achievement hunters – the tank gun glitch in campaign will be fixed in Season 2. Feel free to do what you like with this piece of information 🙈

To get players excited for the second season, 343 Industries released a new announcement teaser for Halo Infinite Season 2: Lone Wolves.

The brief clip teases what players can expect from the game’s upcoming season, including two new levels – one Arena map dubbed Catalyst and one Big Team Battle map dubbed Breaker.

Additionally, the developers released a new teaser highlighting the Catalyst and Breaker maps that will be included in Halo Infinite Season 2. The official video is embedded below.

Halo Infinite’s Season 2 premieres on Tuesday, May 3, and is slated to span three months. This should result in a season that is shorter than the first.

However, considering the several delays between these early seasons, it may take longer to complete if unforeseen hurdles arise.

No information on the Halo Infinite Season 2 battle pass has been revealed as of yet. However, similar to the Season 1 battle pass, it is intended to contain 100 tiers filled with a variety of distinct cosmetic rewards.

That is not to say that no changes will occur. 343 Industries intends to introduce modifications in response to comments, including the opportunity for players to earn in-game credits that may be used to recoup a portion of what they paid. Concerning the theme of the Battle Pass content, the developer has indicated that a good deal of it would be influenced by the Lone Wolves motif. 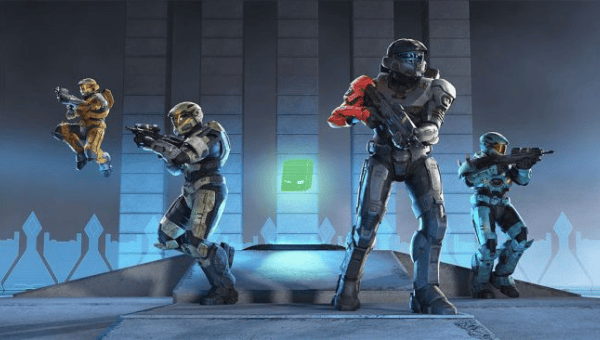 According to a 343 Industries blog article, the following adjustments have occurred:

To avoid exposing too much information about a player’s location, the ability to hear an opponent’s shield recharge sound will be lowered.

In Campaign, the volume of the Grunt Birthday Party sound effect will be raised. Additionally, the team is considering tweaks to the game’s Battle Pass and progression systems.

The creators have stated that they would enhance the Weekly challenges to make them more accessible and often renewed. Ultimate Rewards will also undergo modifications, with the pool losing logos and backdrops.

Due to the distance, there will be no news on the majority of fronts, such as the combat pass or upcoming events.

However, HaloInfinite117 on Twitter has revealed some of the game’s upcoming features and modes for 2022.

In a new interview with The Washington Post, 343 Industries’ Joseph Staten stated that “very soon, fans will be introduced to some of the fun stuff we have planned for Season 2.”

Additional features were mentioned for the impending Season 2 release, with the best summary being improved possibilities for Halo personalization to be included.

Additionally, they provided a closer look at some of the Season 2 maps, including Catalyst and Breaker.

Manifest Season 4 Release Date: Who We Expect to See?

Dead to Me Season 3 Release Date: Will There Be a 3rd Season of Dead to Me?