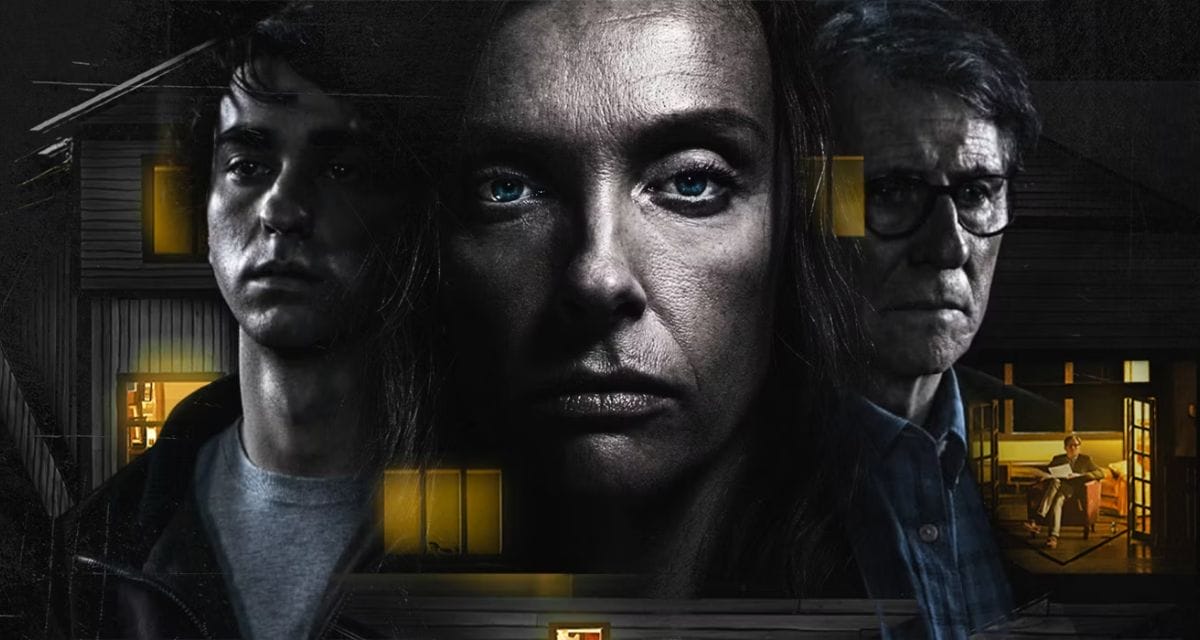 Hereditary is a psychological ghost story about the disintegration of a family following a terrible catastrophe. Annie (Toni Collette) undergoes a profound inner struggle between limited mourning and great relief upon the passing of her mentally ill and emotionally aloof mother.

Annie gradually loses her sanity after learning that her deceased mother was a member of a cult dedicated to resurrecting the demon Paimon. The cult is responsible for unleashing a targeted path of destruction against the family.

Annie’s daughter Charlie (Millie Shapiro) is brutally beheaded in a car accident, bringing death to their doorstep. Charlie was experiencing a severe allergic response, and Peter (Alex Wolff) was taking her to the hospital as quickly as possible. Steve, Annie’s husband (Gabriel Byrne), attempts to maintain harmony between Annie and their damaged kid.

Peter and Annie constantly tiptoe around one another, with tension, desertion, and psychological pain dominating their lives, and the cult of Paimon infiltrating each member of their family.

Annie’s development throughout the film reflects her fear of her family’s history of mental illness and trauma. Her narcissism and concern with having the ideal home, family, and sense of normalcy are transferred onto her children, particularly Peter, and intensify following Charlie’s death.

I’ve watched Hereditary multiple times, and each time I have a deeper understanding of Peter’s pain and Annie’s victimization. I have Post-Traumatic Stress Disorder with Comorbidity (CPTSD). In addition to flashbacks, avoidance, and heightened threat perception, the distinguishing C in my CPTSD indicates that I also re-experience chronic traumas.

I was raised by a caretaker who was emotionally unavailable, and like Peter, I lived with someone who spent their entire life regretting their decision to care for me. When things were difficult, I was reminded of how much better their lives would be without me.

I was led to feel that I was responsible for their misery and that I prevented them from achieving their goals. And they frequently attempted to undermine my enjoyment.

Then, our family patriarch passed away. When I was twelve years old, I discovered this family member dead near my caretaker. Her death exacerbated the manipulation, disagreements, lies, gossip, physical clashes, incessant threats, and fake apologies that never included “I’m sorry.” And I received all the blame.

As I watched Hereditary, I could relate to Peter’s bewilderment and disappointment. Annie yearned for normalcy, whilst Peter yearned to exist apart from his mother’s ideal family vision. Annie initially attends a grief support group after the loss of her mother, where she discusses a vague family history of mental health concerns.

Annie was pregnant with Peter when her mother became demanding and controlling, pressuring her to keep the baby rather than get an abortion, which was what Annie desired. 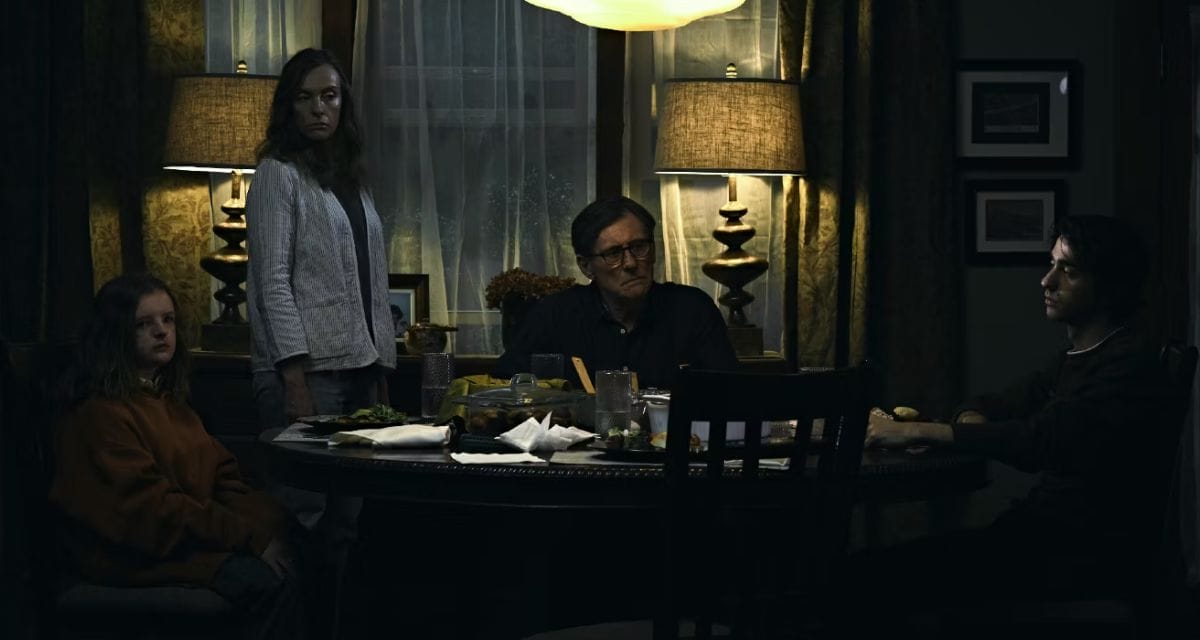 Annie continues to project her sorrow onto Peter, which is exacerbated by Paimon’s spirit compelling Annie to sleepwalk and spew nightmare-like ideas to Peter. I have been in Peter’s position, having an adult carer express remorse for my existence. In so many respects, it is dehumanizing and corrupting, and it seems that these words remain inscribed in the brain for a lifetime.

The writer-director Ari Aster does an outstanding job of authentically depicting mental illness appearing and festering alongside extraordinary odd occurrences, as the demon feeds on the degenerating madness of the remaining Graham family members.

The film becomes almost unbearable to watch as we follow each moment of raw terror and unfathomable grief that Annie and Peter throw at each other: Peter blames himself for his lack of awareness but also blames his mother for forcing her idyllic fantasy upon him and Charlie, going so far as to blame her for forcing him to take Charlie with him the night she was murdered. I was particularly moved by the violent exchanges between Annie and Peter. And I came to a few conclusions.

Was Paimon’s Act an Act of Love or a Sacrifice?

Annie’s mother was emotionally irresponsible and diligent in love-bombing her grandkids, despite the fact that she was putting them up as sacrifices for Paimon. Annie continues the genetic corruption by being dishonest about her emotions after her mother’s death and by using her regrets and unrealized desires to fuel her bitterness and wrath towards Peter. I had witnessed this often with my own caregiver.

They wallowed in their agony since they had also been tortured and had their ambitions snatched away by their own carer, continuously projecting those failed hopes onto me.

They continued the toxic loop of condescending discussions, gossiping when I did something wrong, claiming credit when I worked hard in and out of school, and imposing their ideal of a perfect family on me, despite the fact that their own relationship was fraught with abuse.

Like Peter, I needed confirmation from another family member that it was not my fault; they were the adult and I was the child. It was never my obligation to heal their pain.

I recall in particular the dinner scene where Annie snaps. Peter asks Annie if she has anything she’d like to get off her chest, but Annie swiftly deflects his concern. 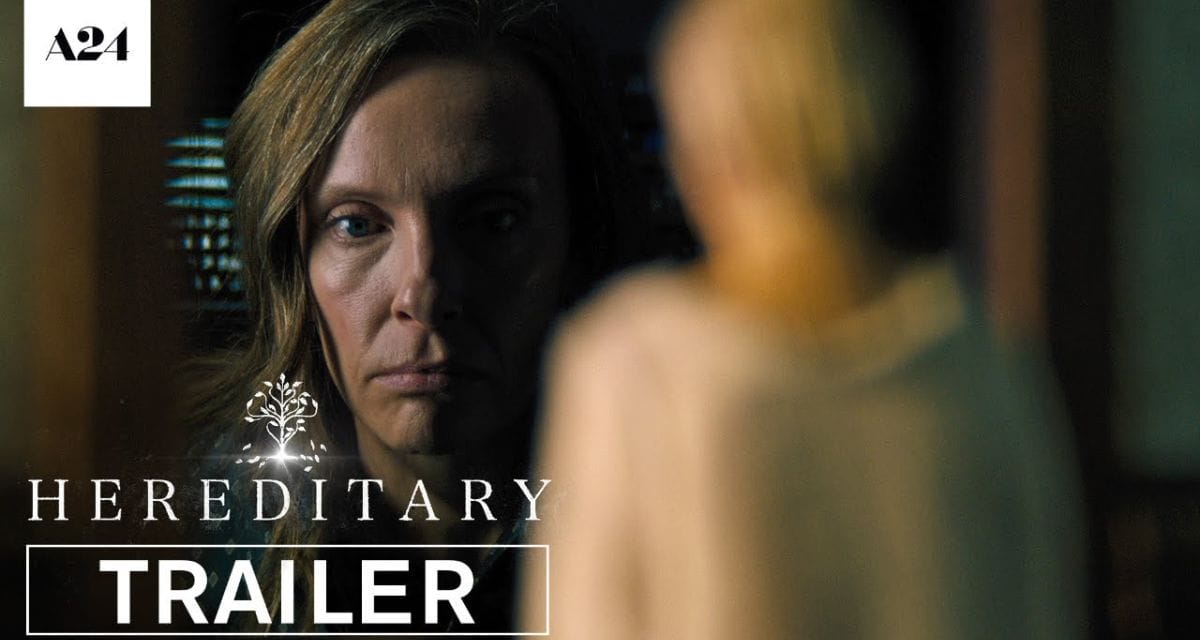 She then makes herself the focal point of the family’s mourning over Charlie, stating that she has the most anguish despite the fact that Peter is also in pain.

Annie concludes her assault by yelling “NOBODY TAKES RESPONSIBILITY FOR ANYTHING!” after downplaying his trauma from the accident. Peter then smashes her bubble by asking, “What about you, Mom?” She was unwilling to leave, so why was she there?

This discussion has probably occurred in too many residences to count. Peter’s body language, quiet sobs, and shaky hands all indicate that his mother is demoralizing him. Annie’s transition from intense rage to false calm is unnerving to observe, but it does occur; I’ve witnessed it myself.

As a result of witnessing my carer undergo this emotional and mental shift, my body and mind have become so scared that, as an adult, I am able to detect the triggers they use to intentionally attack me. Understanding toxic tendencies in my own family has drastically altered my interactions in friendships and relationships, as well as my self-perception.

Annie’s hatred and abuse of Peter are similar to my upbringing. And while it is a discouraging sensation, it can eventually be liberating. Adulthood taught me through intensive psychotherapy that you cannot force people to change; only they can, and only if they are willing.

Annie becomes increasingly disillusioned in the film as Paimon’s influence deepens. Annie becomes obsessed with contacting Charlie’s ghost in an effort to undo her mother’s decision to hand Charlie and Peter up to the cult as soon as she discovers her mother’s intentions.

In this race against the cult and Paimon’s nefarious activities, Annie abandons her employment, pays scant heed to her husband’s grief over Charlie’s death, and disregards Peter’s guilt and pain entirely.

This was not Peter’s fault. Nothing that happened to me was my fault, either. Peter’s possession at the end of the film, surrounded by the corpses of Annie, Charlie, and his grandmother, depicts the destructive power of unrestrained abuse and trauma.

Hereditary employs the horror genre to examine the themes of trauma and abuse, as well as the complex emotions and dynamics of a dysfunctional family.

After multiple viewings, I realize that nothing regarding my problem and mental illnesses was ever simple, to begin with. And while I am aware that we cannot pick the family into which we are born, we do have the ability to decide whether we will succumb to hereditary patterns of mental illness and abuse or become generational curse-breakers.

Halloween Review: Michael and Laurie Face Off in an Average Film With a Satisfying Ending

Who Sofie Dossi Is Dating Currently?

Toonily com Reviews | Check if Site is Scam or Legit