Since the beloved and wildly popular HBO series “Game of Thrones” ended in 2019, fans of the show, as well as the George R. R. Martin books on which it was based, have been clamoring for more stories like it, with its spectacular visual artistry, compelling world-building, and complex inter- (and intra-) familial drama.

The desire to return to Westeros has only grown stronger in the aftermath of the season finale’s bad reception, which left viewers wanting more. For more than two and a half years, HBO has teased fans with the promise of a prequel series that will explore the Targaryen family’s grasp on the Iron Throne and their power struggles to maintain control of the monarchy.

Concrete details about “House of the Dragon” were difficult to come by for a long time. Insider published a report in July 2020 that gave fans important “House of the Dragon” production data. We knew at the time that the “Game of Thrones” prequel would be based on George R. R. Martin’s novel “Fire and Blood,” and that it would be set 300 years before the parent series.

We also knew Martin would be an executive producer and that co-showrunners Ryan Condal (“Rampage”) and Miguel Sapochnik (“Game of Thrones”) would join him. Sara Hess (“Orange Is the New Black”) will also serve as the series’ writer, according to Insider.

In late March 2022, eager fans received a long-awaited update on “House of the Dragon.” New details on the prequel’s cast and crew, as well as the release date, were revealed in the update.

House of the Dragon Release Date

On Twitter on March 30, HBO Max shared the most crucial piece of “House of the Dragon” news: The first episode of the “Game of Thrones” prequel will air on Sunday, August 21. The episode will be available to watch on HBO Max after its HBO premiere. HBO will almost certainly stick to this schedule for each of the ten episodes that make up Season 1 of “House of the Dragon.”

George R. R. Martin reported on his blog in February that filming on “House of the Dragon” had completed. He stated, “I have seen rough edits of a handful of them.” “The script, directing, and acting all appear to be fantastic.” Martin then thanked the cast and crew, as well as co-showrunners Ryan Condal and Miguel Sapochnik, for their hard work.

Although they were “standing on the shoulders” of “Game of Thrones” and having to respect the original, Sapochnik told The Hollywood Reporter in October 2021 that the prequel “has its tone that will expand and emerge throughout the program.” He went on to say, “We’ll be lucky if we even come close to replicating the original show, so we’re simply going to get on with it.

Hopefully, it will be interpreted differently. But it will have to work hard for it; it will not happen overnight.” At the very least, viewers now know when they’ll be able to make their own decision.

House of the Dragon Cast

There won’t be any Starks, Snows, or Baratheons in the series, but there will be at least two Lannisters: twins Tyland and Lord Jason (Jefferson Hall).

See also  Sanditon Season 2 Finale Review: Did Alison and Captain Fraser Get Together?

Some new families will be introduced in “House of the Dragon.” The Velaryons, as well as King Viserys’ Hand, Otto Hightower (Rhys Ifans), and his daughter, Alicent (Cooke), will join the fold. Lord Corlys (Toussaint), his son Ser Laenor (John Macmillan and Theo Nate), his daughter Lady Laena (Savannah Steyn), and younger brother Ser Vaemond (Wil Johnson), and nephew Jacaerys are all members of the Velaryon family (Harry Collett).

Milly Alcock (“Upright Meg”) and Emily Carey (“Wonder Woman”) will play D’Arcy’s Rhaenyra and Cooke’s Alicent, respectively. Graham McTavish, who played Ser Harrold Westerling, an honorable member of the Kingsguard, and Ryan Corr, who plays Ser Harwin “Breakbones” Strong, “the strongest man in the seven kingdoms,” round out the cast.

House of the Dragon Plot

Despite the lack of concrete plot details, George R.R. Martin’s “Fire and Blood” covers the seven “Targaryen kings from Aegon I (“The Conquerer”) to the regency of Aegon III (“The Dragonbane”), as well as their wives, wars, siblings, children, friends, rivals, laws, travels, and sundry other matters… Oh, and there are dragons too,” in his own words.

The first season of the prequel series has an equally basic logline, according to Warner Media’s March 30 press release: “Based on George R.R. Martin’s ‘Fire and Blood,’ the series depicts the saga of House Targaryen 200 years before the events of ‘Game of Thrones.'”

The New York Times called it “a masterwork of popular historical fiction,” while Publishers Weekly called it “dramatic” and “salacious,” adding that “there are amusing snippets of dialogue and detailed pictures of battles, but they only last a few pages before a return to a quick summary.” Drama, salaciousness, amazing writing, and battle scenes were major aspects in making “Game of Thrones” so popular and successful, so we can anticipate them to follow in the footsteps of “Fire and Blood” and “House of the Dragon.” 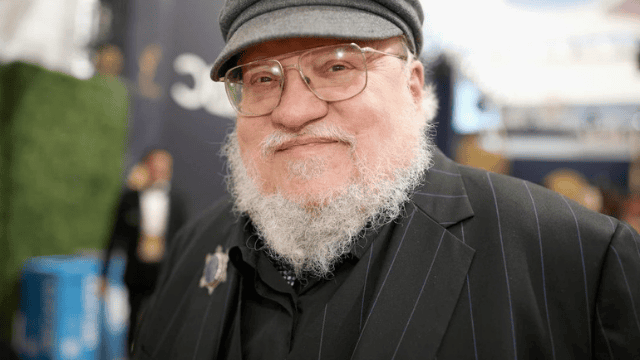 Who’s Making House of the Dragon?

Game of Thrones is co-created by George RR Martin, the author of the original A Song of Ice and Fire novel series, and Ryan Condal, the creator of the sci-fi TV series Colony.

House of the Dragon Trailer

In October 2021, a first-look video was published, set to a slow version of the traditional Game of Thrones theme and revealing a slew of new characters and plot ideas, including a new design for the Iron Throne. It’s looking quite slick if I do so so myself…