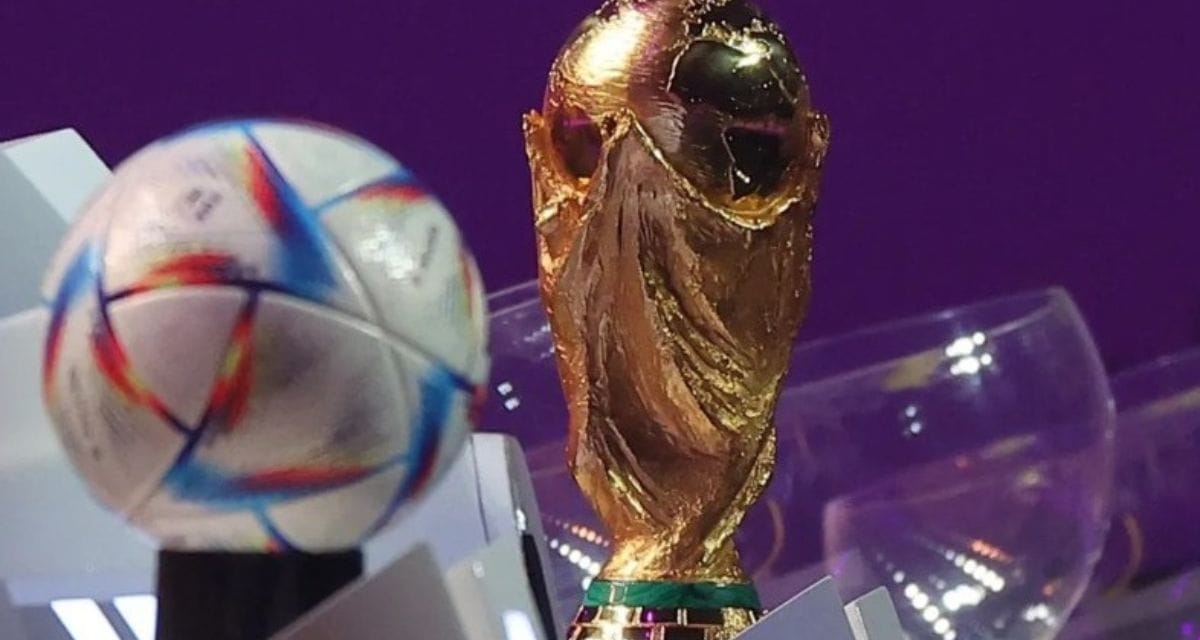 How Many People Watch the FIFA World Cup Final? Gianni Infantino Expects Around 5 Billion People to Watch the Final

President Gianni Infantino anticipates that the game will set multiple records. This Sunday, more than half of the world’s population will witness the conclusion of the Messi vs. Mbappe rivalry, which will result in a glorious victory for one and heartbreak for the other.

The World Cup final is arguably the most popular sporting and non-sporting event worldwide. Only the Summer Olympics would come close, but there, attention is divided among multiple events, whereas football is the most watched sport.

Argentina and France are scheduled to meet in the championship game of the 2022 FIFA World Cup in Qatar. On one side, Lionel Messi’s teammates hope to end a lengthy gold-medal drought in their hero’s most important match.

On the other side, Kylian Mbappe’s men are attempting to defend what they won in Russia four years ago after defeating Croatia in the previous final. Both teams have arrived at this point after arduous efforts and extraordinary performances.

Argentina began the tournament with a historic loss to Saudi Arabia, while France also fell to underdog Tunisia. This World Cup tournament has been filled with surprises and upsets. This time, Morocco and Japan had a dream run.

Gianni Infantino Expects Around 5 Billion People to Watch the Final

President of FIFA Gianni Infantino anticipates that approximately 5 billion people will watch the World Cup final in some capacity this year. He made the statement in May of this year at the World Economic Forum.

He anticipates that this year’s World Cup final will surpass the viewership records set in Russia in 2018. Other experts concur with him, and new records will undoubtedly be set this Sunday. It will be interesting to see if more than half of the world’s population watches Messi and Mbappe compete for the title.

“Four billion people watched the previous World Cup,” Infantino stated in an interview. This World Cup in Qatar will be viewed by 5 billion people, which is significantly more than half of the world’s population.

“Well, I believe that what makes football so special is that each of these 5 billion people has a unique response to that question.

“However, if you analyze it in greater detail, you realize that football is quite unique and has multiple dimensions. Football possesses an economic dimension, a social dimension, and an emotional dimension. 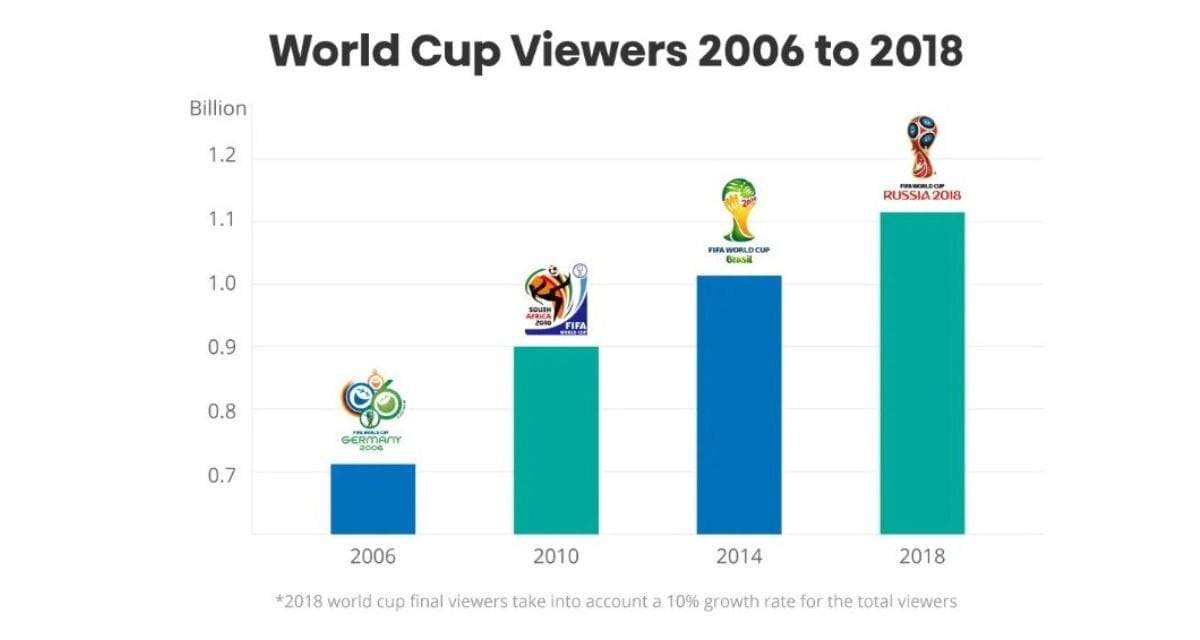 How Many People Will Watch the World Cup 2022 Final?

The World Cup Final serves as a global holiday every three years. It is a special day when it is possible to discover what someone will be doing on Sunday unless they have an extremely important event to attend.

In 2018, an estimated 3.57 billion people watched the World Cup final in Russia in some capacity, while 1.12 billion watched the entire broadcast. FIFA anticipates that the expansion will continue at an exponential rate.

Consequently, the FIFA World Cup 2022 final between Argentina and France could be viewed by as many as 1.5 billion people, with the number possibly surpassing 3 billion. Over 81,000 people will be present in the stadium to watch the game live.

Is World Cup Final Bigger Than the Olympics or Super Bowl?

Yes. Covering the entire globe, the World Cup final is always larger than any other sporting event in the world. Only the Summer Olympics come close, but even then, the focus is divided among multiple events, with the men’s 100-meter dash taking center stage.

When it comes to the World Cup final, however, only one day is required, and the entire focus is on football, the most popular sport in the world. In terms of viewership, the World Cup final consistently outperforms the Olympics by a wide margin.

In addition, the World Cup championship game dwarfs the Super Bowl and the UEFA Champions League championship. The 2021 Super Bowl between the Tampa Bay Buccaneers and the Kansas City Chiefs drew 91,6 million viewers in the United States, according to available data.

Outside of the United States and Europe, the FIFA World Cup is more popular than the Super Bowl. This significantly expands the game’s global audience and appeal.

The Champions League finals between 2016 and 2021 averaged 76,1 million viewers, with a peak of 105,8 million in 2017-18. This pales in comparison to the massive audience that watched the World Cup final.

What’s So Special About the World Cup Final This Time?

If you are wondering what is so unique about this year’s World Cup final and why everyone is predicting that it will break all viewership records, here is your answer: Mbappe and the mess. These two players are the best in the world of football.

Messi is a legend who will play his final international match at this time. Even those unfamiliar with soccer are familiar with Lionel Messi. After Cristiano Ronaldo, he is unquestionably the most famous active footballer.

Mbappe, on the other hand, was a prodigy who led his country to a stunning victory last time. He has established himself as a future legend, and his supporters always rally around him. When the two mega stars collide, the entire world will be watching.

This time, the two finalists are exceptional. This time, the hysteria is unique. In addition, the story leading up to the World Cup is extraordinarily unique. Fans will not miss the historic championship match.

What is the Net Worth of Íker Casillas? What Happened to Casillas?

Famous actors who love to gamble