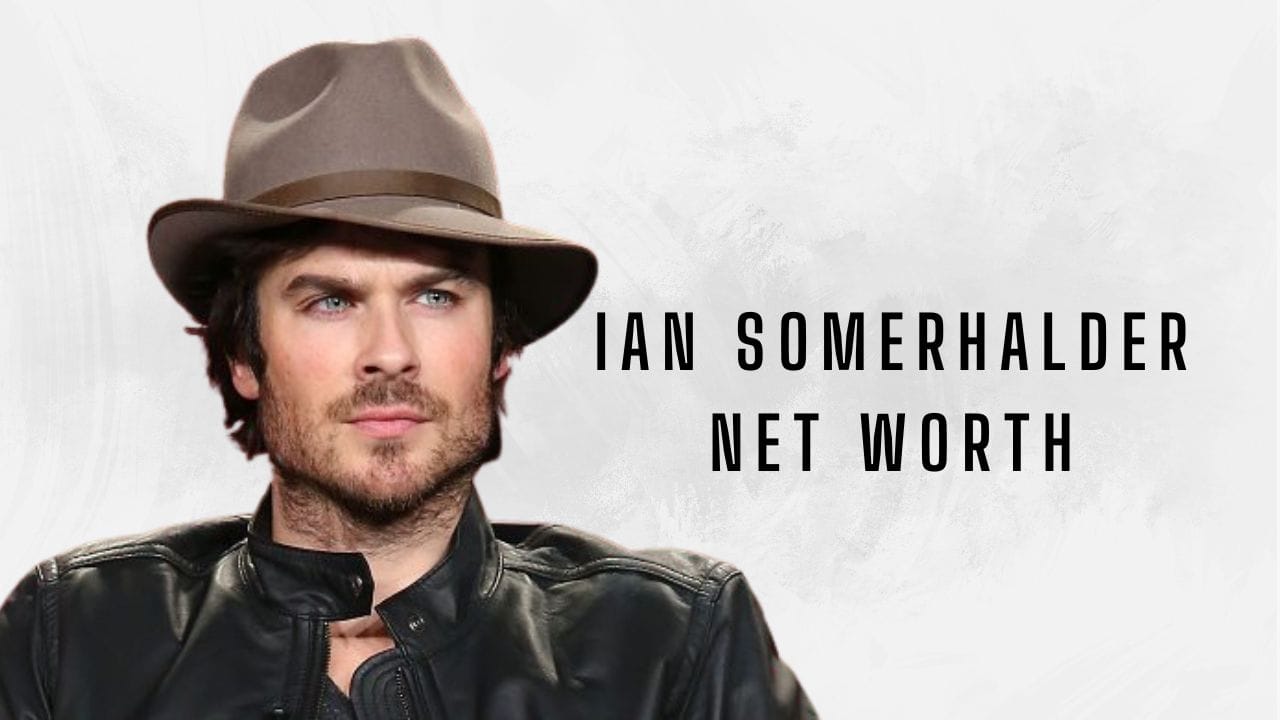 American actor and model Ian Somerhalder have a net worth of $12 million. He is most recognized for his roles in “Lost” and “The Vampire Diaries” on the CW. This is his joint net worth with Nikki Reed, his wife since 2015.

On December 8, 1978, Ian Somerhalder was born and reared in Covington, Louisiana, a tiny southern town. Ian is the second of three children born to Edna, a massage therapist, and Robert Somerhalder, an independent building contractor. Before joining Mandeville High School, he attended a private Catholic school. From the ages of 10 to 13, Ian was a model, and at the age of 17, he began acting.

Ian was formerly in a relationship with co-star Nina Dobrev of “The Vampire Diaries.” In 2014, he began dating actress Nikki Reed. They became engaged in February 2015 and were married in Malibu on April 26, 2015. Their daughter Bodhi Soleil was born in July of 2017.

In the summer of 2000, Ian featured in the “Dawson’s Creek” spinoff “Young Americans” on the WB. He portrayed the role of Hamilton Fleming, the son of a famous boarding school’s dean. However, the short-lived series lasted only eight episodes before being canceled.

In 2002, he played alongside James Van Der Beek, Jessica Biel, and Shannyn Sossamon in the Bret Easton Ellis adaption “The Rules of Attraction” as the bisexual character Paul Denton.

Somerhalder’s big break came in 2004 when he was cast in the ABC series “Lost” as Boone Carlyle. His character died in episode 20 of the first season, but he reprised the role seven more times until the series conclusion. Somerhalder’s character was the series’s first significant character to perish. Somerhalder portrayed an assassin in the 2009 movie “The Tournament.”

In June 2009, he was cast in the CW series “The Vampire Diaries.” He portrayed the vampire Damon Salvatore and was a series regular. The CW’s season premiere ratings for “The Vampire Diaries” were the highest of any season debut since the network’s inception in 2006. The series achieved great ratings, and Somerhalder’s performance was praised by reviewers and viewers.

Ian has received multiple Teen Choice Awards and a People’s Choice Award for his performance. Somerhalder directed the third season of “The Vampire Diaries” and produced the series’ eighth season premiere. The series concluded after eight seasons and 171 episodes in March 2017.

In October 2012, in addition to working on “The Vampire Diaries,” Ian was cast in the film “Time Framed.” He has also appeared on “CSI: Crime Scene Investigation,” “Law & Order: Special Victims Unit,” “CSI: Miami,” and “Smallville” over the years. Ian was cast as Dr. Luther Swann in the Netflix science fiction horror series “V Wars” in 2018. However, it was equally short-lived, launching in December 2019 and being canceled by March 2020.

In 2010, Ian worked with the cleanup following the Deepwater Horizon oil drilling accident. Additionally, he supports the St. Tammany Humane Society, an animal shelter group. Ian sponsored a Bash on the Bayou charity event for the humane society in November 2010, during which the “Vampire Diaries” fandom presented him with a donation of $11,100.

Ian, along with his former co-stars from “The Vampire Diaries,” Candice Accola and Michael Trevino, supports the It Gets Better Project, which strives to prevent suicide among LGBTQ adolescents.

On his 32nd birthday in December 2010, he founded the Ian Somerhalder Foundation to educate people about the significance of conserving animals and the environment. Ian opposes GMO foods and industrial agriculture.

As a result of Ian’s accomplishments, he has received a multitude of honors and distinctions. Somerhalder’s decades of dedication to the prizes are merely the fruit of his labor.

Ian has received numerous honors, including the Young Hollywood Awards in 2002, the Screen Actors Guild Awards in 2006, and the Teen Choice Awards in 2010, 2011, 2012, and 2013. This great artist will inevitably receive a growing number of honors over time.

Who is Ian Somerhalder’s Wife?

The fact that Ian Somerhalder is already married should not come as much of a shock. Nikki Reed, a charming actress, holds his hand. Both parties first met in 2014

The couple was engaged in 2015 after more than a year of dating. On April 26, 2015, they walked down the aisle to make fans’ lives more tranquil and lovely.

In the presence of all the family members and close friends, the celebration took place in Malibu. Given the strength of their bond, they were gifted with a beautiful daughter.

The 25th of July, 2017 saw the birth of Bodhi Soleil, who is quite close to her parents. Except for Reed, very few women are associated with Ian. It appears that the man has done an adequate job of maintaining a clean image. 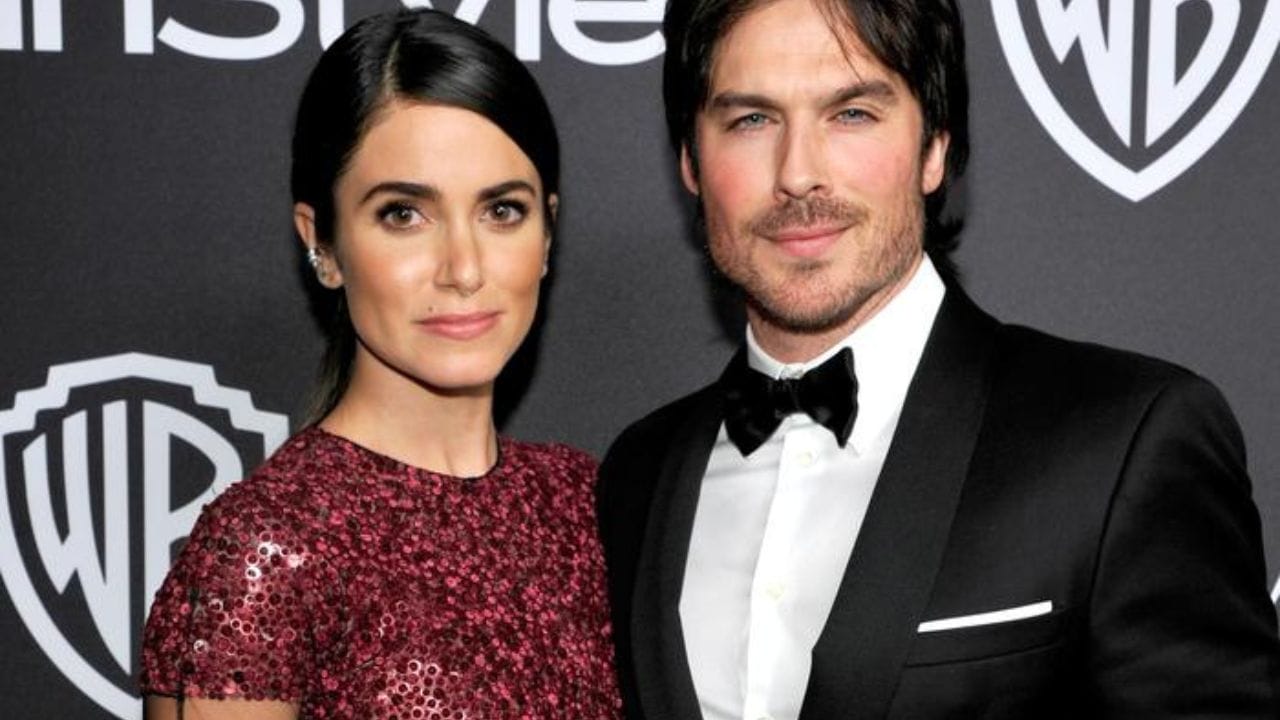 How much did Ian Somerhalder earn for each episode of “The Vampire Diaries”? $40,000

The American actor and model Ian Somerhalder are reported to have a net worth of $12 million. Perhaps he is most known for his performances in the CW television programs “Lost” and “The Vampire Diaries.” This is the net worth he shares with his wife, actress Nikki Reed, to whom he has been married since 2015.

Ian Somerhalder has amassed the majority of his wealth through his efforts in the acting industry. He has had a few fortunate breaks that have helped him along the road, but he is, by and large, a self-made man who has made sensible judgments and worked hard at his craft.

He is a well-known actor with a bright career and, hopefully, many years of acting ahead of him. He continues to support important causes that will improve the environment for everyone, including humans and animals.

He has contributed significantly of his time and resources to charities in which he believes. He and his wife Nikki enjoy a life of luxury, although their spending is not exorbitant. He understands the value of money, and although he lives comfortably, he does not own twenty vehicles. He has only two. Ian is a balanced individual who is reaping the rewards of a life well-lived.