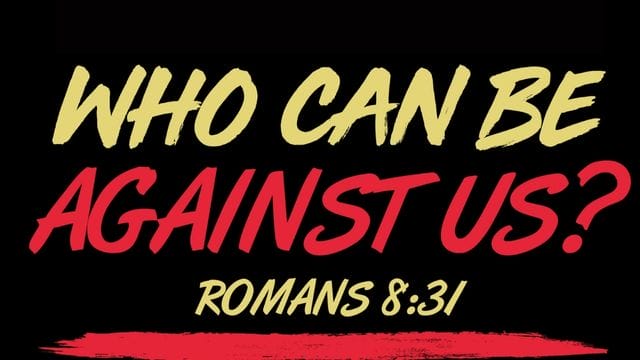 Almost every list of uplifting Bible verses includes Romans 8:31: “How then shall we respond to these things? If God is on our side, who can oppose us?”

However, what are “these things”? Does the scripture imply that Christians will never suffer opposition or failure? Persecution is a very real concern for Christians all over the world; any experience as a Christian will suffice to indicate that many people can be “against us.” So, what exactly does this passage mean?

What Do Other Translations Say?

While passages frequently appear different in many translations, Romans 8:31 remains largely unchanged. “If God is for us, who can be against us?” appears unchanged in the King James Version, the English Standard Version, and the New Living Translation, among other current translations. Clearly, translators from different generations have interpreted these phrases similarly. What are their implications for readers?

“Who Shall Be Against Us?” What Romans 8:31 Actually Mean

The line is preceded in context by Paul’s argument that God has good plans for Christians. God is the one who justifies, thus no one can bring a charge against the Christian. Paul concludes by declaring that nothing can separate us from God’s love.

Thus, in context, Paul’s question “who can be against us?” appears to ask who can condemn Christians. No one is present. God has selected us to be His offspring and heirs. God serves as a judge. If He is for us, we cannot be condemned. Paul shows in Romans 8:35–39 that nothing can separate us from this love. We are therefore secure in Christ. 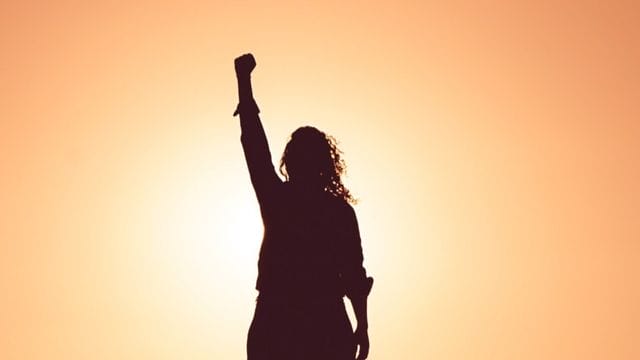 What is the Context in Romans?

According to Got Questions, the letter Romans was written by the apostle Paul to the believers in Rome between 56 and 58 A.D. Paul had never been to Rome at that point, but Christianity appears to have been present there for a number of years. The church was firmly established and well-known.

Although the persecution under Emperor Nero had not yet begun in earnest, within a few years of Paul’s letter being written, Christians would be blamed for the burning of Rome. Already, sentiment against them was a problem. Kenneth Berding says that the majority of early Roman Christians were of Jewish heritage and would have been slowly returning to Rome after Jews were exiled from the city in 49 CE by Emperor Claudius, a decree that remained in effect until his death in 54 CE.

Therefore, if taken out of context, the statement “If God is for us, who can be against us?” would have been equally puzzling to the original audience. They may have responded, “Everyone in Rome is against us!” Fortunately, both they and modern readers have access to context.

“If God is For Us” The Context of This Passage

Romans 8 begins with the words, “Therefore, those who are in Christ Jesus are not subject to condemnation” (Romans 8:1). Paul then elaborates on life in the Spirit. “But if Christ is in you, even if your physical body is susceptible to death due to sin, the Spirit gives life due to righteousness” (Romans 8:10). He explains that we are children of God.

Then he moves on to suffering. “Now if we are children, then we are heirs; heirs of God and joint-heirs with Christ, if indeed we share in his sufferings in order to share in his glory” (Romans 8:17). Paul explains that the future grandeur will dwarf our present sorrows. The Holy Spirit will be with us to assist us, because God causes all things to work together for good. The Christian is destined to take on the likeness of the Son, having been called, justified, and glorified (Romans 8:29-30).

This is where the relevant verse appears. “How then shall we respond to these things? If God is on our side, who can oppose us?” (Romans 8:31).

Paul continues his rhetorical inquiries after this. “Who will raise any allegation against those whom God has chosen? It is God who justifies” (Romans 8:33). (Romans 8:33). 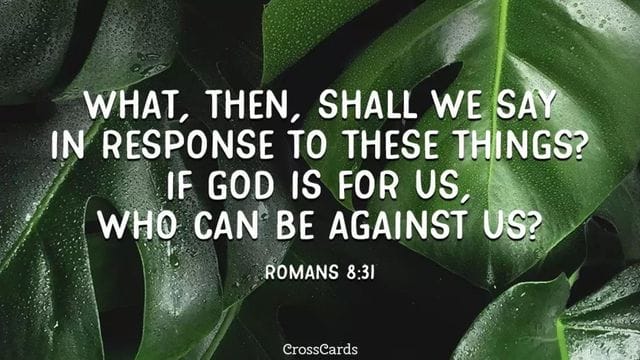 “Who shall separate us from the love of Christ?

What Does this Verse Not Mean?

As previously explained, it is illogical to assert that no one can oppose the Christian. Human and supernatural forces are at war with us. Numerous texts forewarn us that we will encounter adversity. For instance, 2 Timothy 3:12 notes, “Everyone who desires to live a godly life in Christ Jesus will be persecuted.”

Furthermore, the text does not state that nothing can ever defeat a Christian. Christians can still lose in sports, in the workplace, and even in life. Losing is not a result of insufficient faith or lack of trust in God. This text makes no claim that, if we have faith, everything will work out in this life.

In a cosmic trial, there is no evidence that can be used against us. God is currently working to sanctify us. No longer can those who trust in Christ be condemned.

This verse gives us hope, not because we will always win, but because our eternal destiny and God’s love are secure. We may endure suffering, but we shall not perish. Regardless of how dire things may appear, we must remember that “God is for us” and that He loves us dearly. We are His offspring, and Jesus is our elder sibling (Romans 8:29).

In the context of Romans 8, this verse is a strong reminder of God’s enormous love and wonderful purposes for us.

A Prayer to Remember God is For You

Lord, your Word tells me that I am chosen, a member of the royal priesthood, and a royal child. Assist me in remembering that you have called me out of darkness and have already gone before of me in triumph. Today, I want to be in your presence, knowing that you will fight against my adversaries on my behalf. I surrender my uncertainty and doubt to you. Through you, I am more than a conqueror in each of these areas. In Jesus’ name, amen.