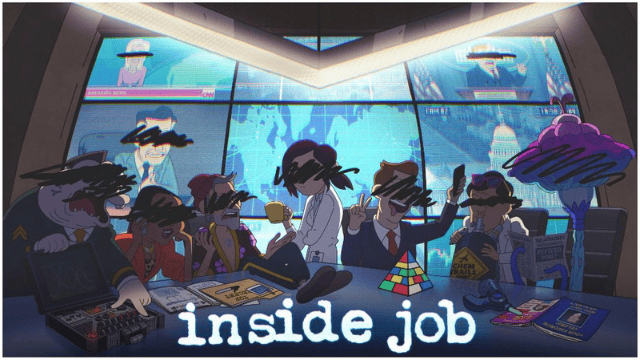 Are you anticipating the second season or part 2 of Alex Hirsch’s Netflix adult animated comedy-drama? If you answered yes, then you’ve come to the right place to learn everything about this drama’s upcoming season. A deal has been confirmed to release 20 episodes and up to this point, we’ve only got 10 episodes in part 1 of this adult series, which means we still have 10 more episodes to watch but when.

The show is a Netflix smash and is the first adult series to be produced in-house at Netflix Animation Studios with the assistance of Netflix.

When the drama Inside Job premiered on Netflix on October 22, 2021, it received favourable reviews, including this one from the San Francisco Chronicle: “It’s emotionally intelligent and truthful, and wildly insane in a free-associative way [..] yet it works.” The series premiered its first season or first instalment, and now everyone is anticipating the second instalment of this animated drama.

If you’re looking for the season 2 release date, Netflix has not yet made an official announcement. However, everyone is waiting and expecting it to happen soon, as there is an agreement in place to produce 20 episodes, which was announced with the assistance of the Hollywood Reporter.

According to them, the first season will consist of twenty episodes, but the fact that we only received ten episodes on October 22, 2021, and only received part one of Inside Job indicates that the following ten new episodes are on the way or in the development process.

However, nothing is certain, as neither the streaming platform nor the creators have issued an official announcement concerning additional season episodes.

They’re in control but they’re about to LOSE IT! 💣 Inside Job is now streaming. pic.twitter.com/Te5agQR70W

No cast members have been confirmed for the season, however, we are hoping that members of the first season’s cast of voice actors will return to reprise their roles in the upcoming instalment of Inside Job.

Along with these cast members, you’ll witness a slew of fresh faces who may lend their voices to the Inside Job characters.

Alex Hirsch, the show’s producer, is likely to return because he provided the voice for a number of the characters. 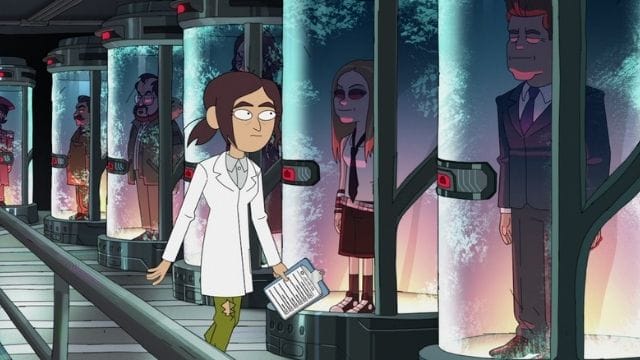 While Inside Job is unmistakably a show about humans preventing potentially catastrophic events from destroying the earth, it is also a story about two dysfunctional families: the one you work for and the one you are born into. Reagan Ridley (Lizzy Caplan), a socially awkward computer prodigy, leads the Cognito Inc. group, attempting to find meaning and success at work while battling with her irate father, Rand Ridley, a former business president (Christian Slater).

Their connection, as well as the underlying trauma that cements their bond, serves as the series’ premise. And after Reagan discovers her father’s covert manipulation — he erased a childhood memory from her brain to keep her in line — Part 1 ends on a cliffhanger that completely changes the power dynamic between Reagan, whose promotion to company CEO was recently revoked, and her father, who has reclaimed that highly coveted position of power.

Part 2 has yet to have a trailer due to the series’s new status on Netflix. Inside Job, on the other hand, has demonstrated huge promise for pairing with the streamer’s other animated successes such as BoJack Horseman and Big Mouth, owing to its sharp wit and adult humour. Speculatively, we can anticipate the release of a trailer for the upcoming season in 2022.

When Will Season 2 Reloaded Be Released?