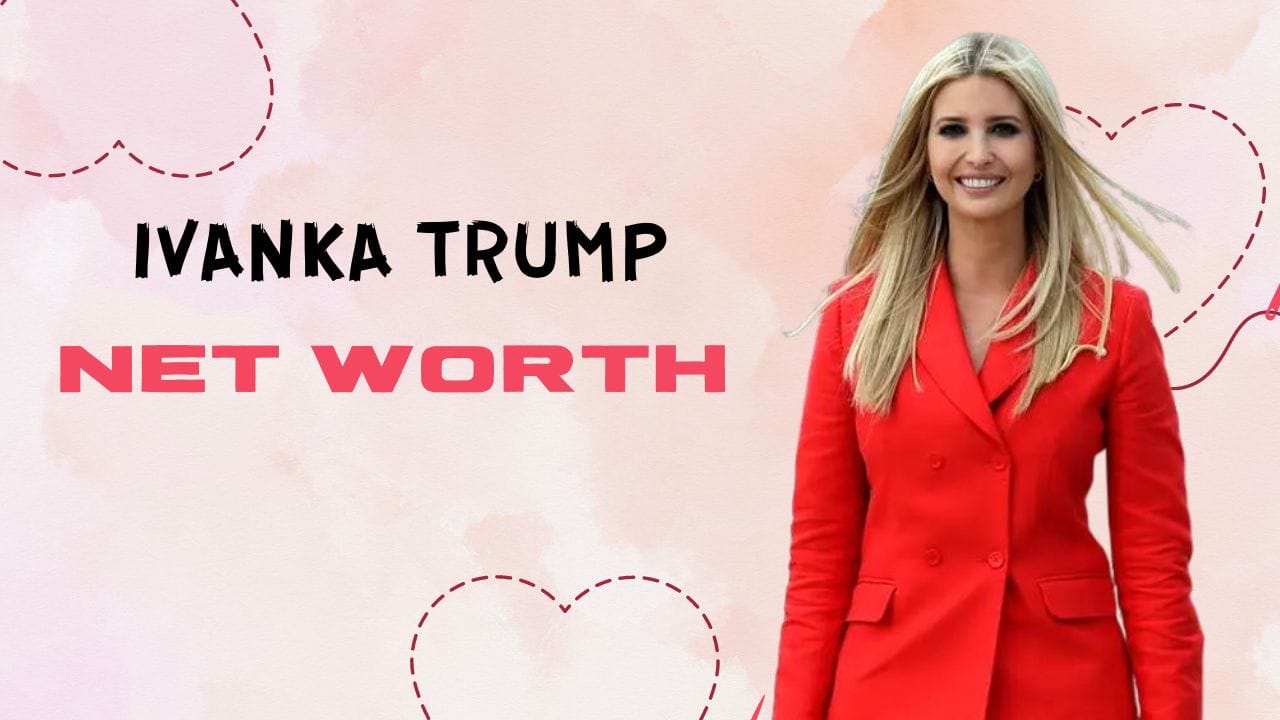 Ivanka Trump is an American businesswoman, author, heiress, and former model, and she and her husband Jared Kushner have a combined net worth of $800 million. She is President Donald Trump’s daughter.

On October 30, 1981, Ivana Marie “Ivanka” Trump was born in Manhattan, New York City. She is the second daughter of Ivana and Donald Trump, and her nickname is “Ivanka.” Her parents divorced when she was 10 years old in 1992. Through her father, she has two brothers, a half-sister, and a half-brother.

Trump graduated from Wallingford, Connecticut’s Choate Rosemary Hall boarding school in 2000. She attended Georgetown University for two years before moving to the University of Pennsylvania’s Wharton School and graduating in 2004 with a Bachelor of Arts in economics.

While she was still a teen attending boarding school, she posed on weekends and during holidays for Tommy Hilfiger, Sasson Jeans, Versace, Marc Bouwer, and Thierry Mugler, among others.

After meeting through mutual friends in 2005, Ivanka Trump began dating real estate entrepreneur Jared Kushner. They briefly separated in 2008, but reconciled and wed in October 2009. They have three children together.

She was formerly involved with investment banker Greg Hersch and James “Bingo” Gubelmann. In July 2009, despite having been raised as a Presbyterian Christian, Trump converted to Orthodox Judaism. Donald Trump was inaugurated as the 45th president of the United States in 2017.

Later, she developed her line of handbags and footwear sold in major U.S. and Canadian department shops, including Macy’s and Hudson’s Bay. Within a few years of its debut, her retail line generated more than $75 million in annual revenue. She then introduced a brand of women’s business attire that swiftly reached $100 million in yearly sales.

Ivanka licensed her name for these transactions and received a 7 percent part of the wholesale sales in exchange. At her peak, she earned roughly $10 million per year before taxes. In 2018, she discontinued the lines owing to weak sales.

Trump publicly supported her father’s presidential campaign in 2015. Trump resigned from her position at the Trump Organization in January 2017. In March of 2017, she was assigned to the status of “First Daughter and Senior Advisor to the President,” but she does not receive a salary.

She has since supported her father’s government and participated in official travels such as the 2017 W20 women’s conference, the 2019 G20 summit in Osaka, and June 2019 negotiations between her father and North Korean leader Kim Jong-Un. She also led a U.S. mission to India in favor of women’s entrepreneurship in the fall of 2017. Her “Women’s Global Development and Prosperity Initiative” was launched in 2019.

She has been to Ethiopia, Ivory Coast, Argentina, Colombia, Paraguay, and Morocco for this program. She also pushed the initiative at the 74th General Assembly of the United Nations.

According to Showbiz Cheat Sheet, Trump and Kushner were married in October 2009 at the Trump National Golf Club in Bedminster, New Jersey, which costs between $54,000 and $62,000 on average.

The bride’s Vera Wang wedding gown reportedly had a price tag of $50,000, while her jewelry was said to have cost up to $265,000. Earrings, a bracelet, and a hairpiece were made of platinum and diamond.

The 13-layer wedding cake was reportedly garnished with genuine flowers and cost $70,000, as reported by Showbiz Cheat Sheet.

In 2006, Trump sat in for Carolyn Kepcher on five episodes of her father’s television program “The Apprentice 5”; he then replaced Kepcher as the lead boardroom judge on “The Apprentice 6” and “The Celebrity Apprentice” in 2007 and 2008. In 1997, she presented the Miss Teen USA Pageant and has been featured on numerous talk shows. She once denied an offer to be on “The Bachelorette.”

Trump is the author of “The Trump Card: Playing to Win in Work and Life” (2009) and “Women Who Work: Rewriting the Rules of Success” (2017). Following her appointment as a presidential advisor, Trump declared that she will donate the unpaid portion of the advance money for “Women Who Work” to the National Urban League and Boys & Girls Clubs. Additionally, she supports Chai Lifeline and United Hatzalah.

A financial declaration from April 2017 revealed that Kushner and Ivanka are beneficiaries of a $740 million real estate and investment company. In personal disclosures, Jared assessed his net worth in 2017 to be $330 million.

The Kushner Companies, Jared’s family firm, manage approximately $7 billion worth of real estate properties across the country. Jared made $1.5 million between April 2017 and June 2018 from Westminster Management, which owns 20,000 residential units in New York, Maryland, New Jersey, Pennsylvania, and Ohio.

Trump and her siblings Donald Jr. and Eric do not legitimately own a majority of their father’s businesses. However, they both own 7.5% of the Trump International Hotel in Washington, D.C. Over the past two decades, the three Trump Organization employees have earned approximately $35 million each sibling.

Trump made regular guest appearances on her father’s reality TV show, “The Apprentice,” eventually replacing Carolyn Kepcher as a boardroom judge for the sixth season of “The Apprentice” and “The Celebrity Apprentice.”

Other television performances include hosting the “Miss Teen USA Pageant” in 1997 and appearing as herself in the television series “Gossip Girl.”

Trump is the author of two books, including 2009’s “The Trump Card: Playing to Win in Work and Life” and 2017’s “Women Who Work: Rewriting the Rules of Success.”

Ivanka works long hours at the job, yet on family vacations, she prefers to wear sandals instead of high heels.

In December 2016, she and Kushner took their children to Hawaii’s Four Seasons Resort Hualalai for a tropical vacation. According to TripAdvisor, the nightly charge at the five-star hotel is approximately $950.

The trip was not entirely luxurious, however. According to the New York Post, JetBlue carried the family on the first leg of their trip.

Jared and Ivanka purchased an undeveloped 1.8-acre block of land on the ultra-exclusive private island of Indian Creek near Miami for $30 million in December 2020. Julio Iglesias, a Latino crooner, was the seller. Julio acquired the parcel of land in two separate purchases. First, he had owned a single-lot residence for decades. He demolished the mansion and, in 2008, purchased the adjacent land for $15,2 million to create the approximately 2-acre oceanfront vacant site.

The island is so exclusive and private that visiting is only permitted with the owner’s written permission, and even with that authorization, it is unlawful to leave the property to which you have been invited. The island has around 14 police officers for every 40 permanent residents. The island is well known as the “Billionaire Bunker.”