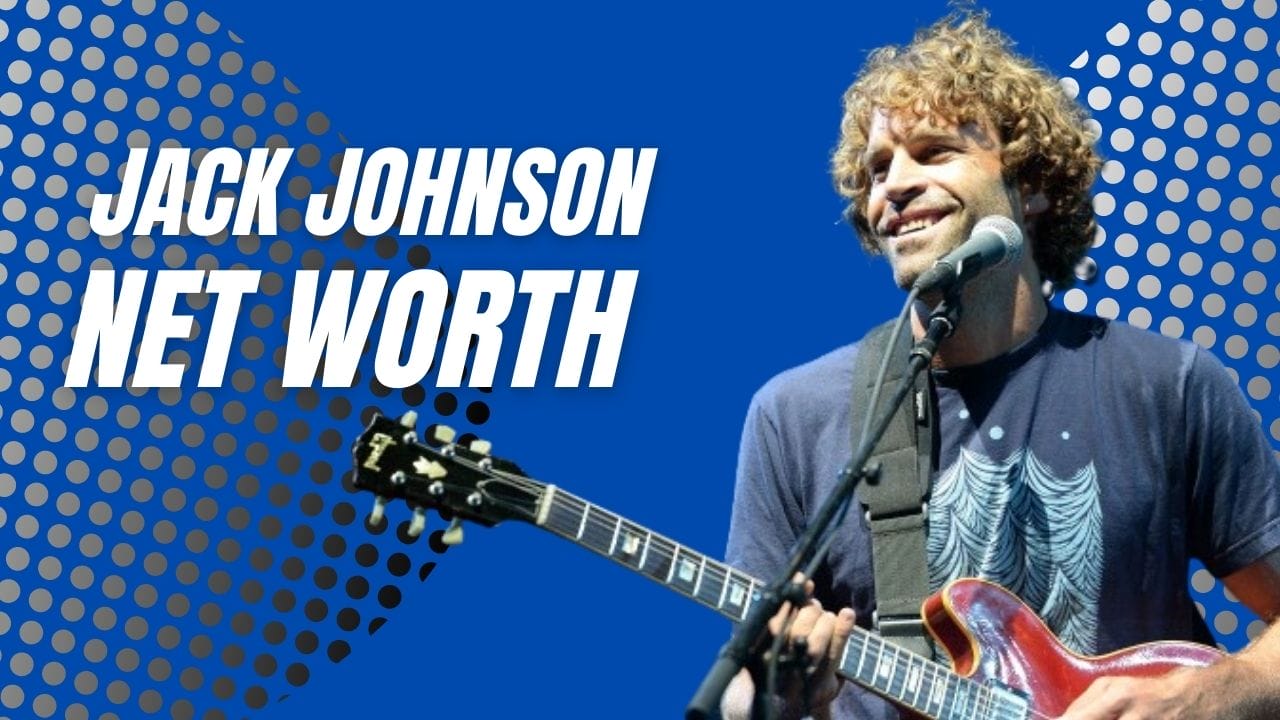 American singer, songwriter, musician, surfer, and director Jack Johnson has a net worth of $20 million. Johnson is best known for his acoustic and soft rock music and his close relationship with the band G. Love and Special Sauce. Johnson is probably best known for the songs “Sitting, Waiting, Wishing,” “Upside Down,” and “Flake,” as well as the soundtrack for the movie “Curious George.” Johnson works to protect the environment and keep things from getting worse.

Jack Hody Johnson was born on the North Shore of Oahu, Hawaii, on May 13, 1975. Jeff Johnson, a famous surfer, is his father. When Jack was five, he learned to surf. When Jack was eight, he learned to play the guitar. He wrote his first song when he was 12, and as time went on, he became more and more interested in music.

At age 17, Jack was the youngest person to make it to the finals of the prestigious Pipeline Masters surfing competition, which is held every year on the North Shore of Oahu. Johnson thought about becoming a professional surfer, but that dream died when he got hurt while surfing at the Banzai Pipeline a week after the Pipeline Masters. He had to get 150 stitches on his head and lost several teeth. He wrote the song “Drink the Water” about that accident.

In 1993, Johnson finished high school at Oahu’s Kahuku High School. He then went to the University of California, Santa Barbara, to study music and film production. In college, he was in the band Soil, which he says brought back his love of music. Johnson opened for bands like Dave Matthews Band and Sublime when he was in the band Soil. In 1997, Johnson got his degree from UCSB.

In 2000, Johnson married Kim, the girl he met in college. They have two boys and one girl as children. Johnson lives in Hawaii, on the North Shore of Oahu. Johnson and his wife have a rule that they won’t talk about or share personal details about their kids.

Jack and Kim Johnson started the Kokua Hawaii Foundation in 2003. It is a charity that helps schools and communities in Hawaii teach about the environment. From 2004 to 2008 and again in 2010, the foundation held an annual festival to raise money for important causes. Before he toured the Hawaiian Islands in 2012, he put out a live Kkua Festival album called “Best of Kokua Festival” in April 2012.

In 2008, Johnson and his wife Kim started the Johnson Ohana Charitable Foundation, a non-profit public charity that helps schools around the world teach about the environment, art, and music.

During the global coronavirus pandemic of 2020, Johnson took part in the #TogetherAtHome concert.

Jack Johnson got his big break when he wrote and sang the G. Love song “Rodeo Clowns,” which was on the “Philadelphia” album by G. Love and Special Sauce in 1999. Johnson and G. Love know each other through a friend they both have. This song put Johnson on the map. In 2001, “Brushfire Fairytales,” which was his first album, came out.

In 2003, he put out his second album, “On and On.” In 2005, his third album, called “In Between Dreams,” came out. In 2006, Johnson did the music for the movie “Curious George” and put out the album “Sing-Alongs and Lullabies for the Film Curious George,” which was the movie’s soundtrack. The fourth album by Johnson, called “Sleep Through the Static,” came out in 2008. “To the Sea,” his fifth album, came out in 2010.

Johnson’s sixth album, “From Here to Now to You,” came out in 2013. He also played at the Bonnaroo Music Festival in Tennessee that same year. “All the Light Above it Too” was Johnson’s seventh album. It came out in 2018. In the fall of that year, he played at Eddie Vedder’s Ohana Fest at Doheny State Beach in Southern California.

Jack Johnson has been in the music business since he was a child, and he has won a lot of awards and praise during his long and successful career. In 2006, Jack was nominated for Best Male Pop Vocal Performance and Best Pop Collaboration with Vocals at the Grammy Awards.

Jack’s first job was as a professional surfer, which led to him becoming one of the best singers in the world. He became well-known in the music business by putting out several albums and hit songs.

As a singer and songwriter, Jack has made a pretty good amount of money over the years. By 2022, it is thought that Jack Johnson’s net worth will be around $20 million. He is a multitalented person who not only made money in the music business but also made a lot of money in other fields.

He also made a lot of money through his work as a film director and record producer. He owns a company called Brushfire, which makes a lot of money for him. About $1 million is how much Jack Johnson makes every year. He also has a channel on YouTube where he puts up his music videos and songs.

What Does Jack Johnson Do Now?

Johnson works to protect the environment and keep it in good shape. He often focuses on the oceans. Johnson and his wife, Kim, set up the Kokua Hawaii Foundation and the Johnson Ohana Charitable Foundation.

Lele Pons Net Worth: Is Lele Pons a Millionaire?