Who is Jacob Tremblay?

Jacob Tremblay is an actor from Canada. He has received a Canadian Screen Award, a Critics’ Choice Movie Award, and a Young Artist Award, in addition to nominations for a Screen Actors Guild Award, two Saturn Awards, and an Empire Award.

He earned a Critics’ Choice Award, a Canadian Screen Award, and became the youngest nominee for the Screen Actors Guild Award for Outstanding Performance by a Male Actor in a Supporting Role for his role as Jack Newsome in Room (2015). He went on to portray August Pullman, a child with Treacher Collins syndrome, in the drama Wonder (2017), which earned him an additional Critics Choice Award nomination, the film Good Boys (2019), Doctor Sleep (2019), the sequel to The Shining, and voice roles as Damian Wayne / Robin in Harley Quinn (2019) and the title character of the Pixar film Luca (2021).

When it comes to his background, Jacob Tremblay was born on October 5, 2006, in Vancouver, which is located in the province of British Columbia, Canada. While his mother Christina Candia is a housewife, his father Jason Tremblay works as a detective for the police department.

Both of Jacob Tremblay’s sisters, Erica, who is his younger sister, and Emma, who is his older sister, are in the acting industry. When it came time for Jacob to start his formal education, he enrolled in Gordon Greenwood Elementary School. He had the ambition to become an actor his whole life, and he got his start in the business at an early age.

Jacob Tremblay made his cinematic debut in 2013 as Blue Winslow in the comic animated film The Smurfs 2. A performance as Sam in the short film The Magic Ferret gave him a break in the same year. In 2013, Jacob appeared on television for the first time in the series Motive. 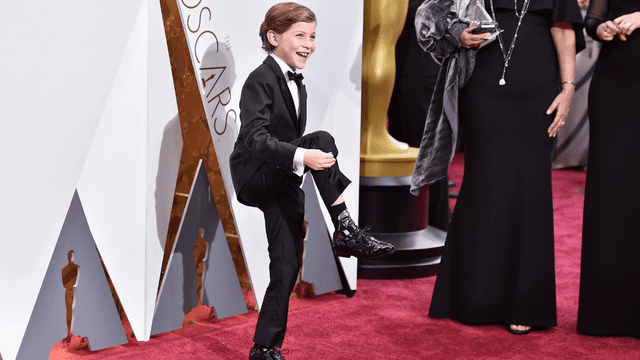 His subsequent acting credits include Mr. Young, Santa’s Little Ferrets, The Last Man on Earth, Animals, and American Dad, to name a few of his more well-known credits. As Tom Patterson in ‘Shut In,’ Jacob appeared in 2016; as Henry in ‘The Book of Henry,’ he appeared in 2017 opposite Maddie Ziegler and Naomi Watts.

For his role as August in the 2017 film titled ‘Wonder, Jacob Tremblay garnered a lot of attention and the film was a box office success. Good Boys (2019), Doctor Sleep (2019), and Harley Quinn in 2019 were Jacob’s subsequent projects. He also lent his voice to the part of Damian Wayne/Robin in Harley Quinn.

Despite this, Jacob appeared opposite Jessica Chastain and Natalie Portman in the drama film The Death and Life of John F. Donovan in 2018. The actor will be heard in the animated picture Luca, which is set for release in 2021. In addition, in 2020, Jacob was featured in Justin Bieber and Benny Blanco’s music album titled ‘Lonely’ by the duo.

What is the Net Worth of Jacob Tremblay?

Throughout his career, Jacob Tremblay has earned several prestigious honors. In recognition of his outstanding performance in the film Room, he received the Critics’ Choice Movie Award for Best Young Performer and the Canadian Screen Award for Best Actor in 2015.

In addition to these well-known prizes, he has been nominated for a number of other well-known honors and has won the admiration and admiration of fans and critics alike.

On October 5, 2006, Jacob was born in Vancouver, British Columbia.

Jason Tremblay is the name of his father. A police detective, Christina Candia Tremblay, is his mother’s name. 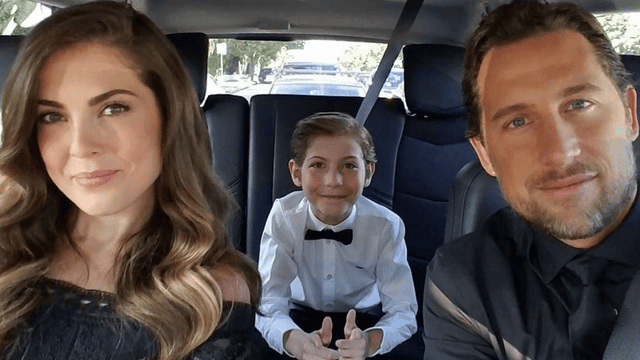 Both Emma, Jacob’s elder sister, and Erica, Jacob’s younger sister, are performers. Because he’s still so young, Jacob is now unattached. Jacob and his family currently reside in Langley, British Columbia. Rey is Daisy Ridley’s character in Star Wars, so he named his puppy after her.

At the 88th Academy Awards, Jacob’s joy with the characters R2-D2, C-3PO, and BB-8 was hailed a highlight.

Jacob Tremblay has a lifestyle that is the epitome of opulence. Even though he is just fifteen years old, he still lives in Langley, British Columbia, with his parents and sisters. In addition, he does not have a valid driver’s license because he is still a minor. His mum is the one who is driving him around today.

Jacob Tremblay has 1.2 million Instagram followers (@jacobtremblay). Even yet, he only has a little over 100,000 followers on Twitter.

What is Jacob Tremblay’s estimated net worth?

The overall amount of Jacob Tremblay’s wealth is close to $2 million.

See also  Robert Pattinson Net Worth? How Much Money Did He Make as Batman?

What year was Jacob Tremblay born?

How much money does Jacob Tremblay make?

An estimated annual salary of $0.1 million is earned by Jacob Tremblay.

What is Jacob Tremblay’s height?