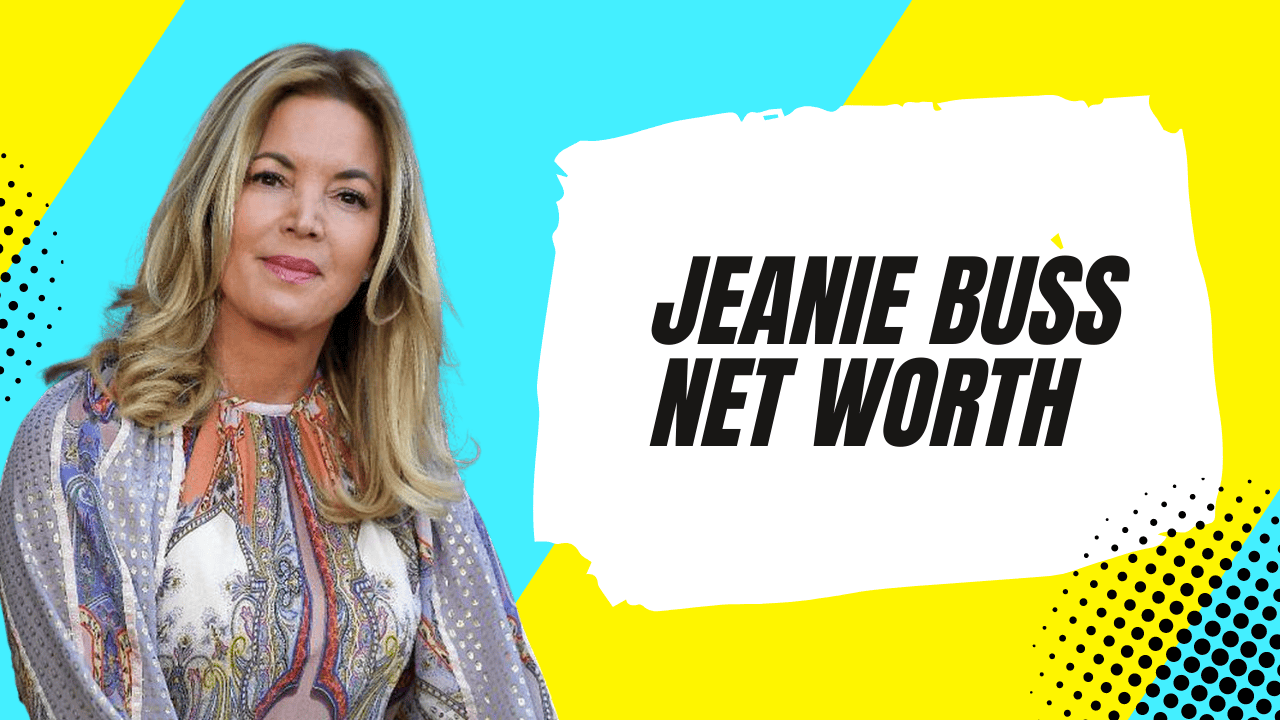 Although each of Jerry’s six children had ownership of an NBA franchise, Buss was the one who took a strong leadership role within the organization, becoming team president. She is also a member of the NBA’s Board of Governors, where she represents the Lakers. When it came to controlling ownership of the Lakers, all six of Jerry’s children had an equal vote at first.

Buss’ tenure as Lakers owner has been fruitful, and she led the team to an NBA championship title in 2020.

Jeanie Marie Buss was born in Santa Monica, California on September 26, 1961. Jeanie Buss, who was raised by Joann and Jerry Buss with three siblings, was still relatively little when her father began to become successful in the real estate sector. Jerry purchased a West Los Angeles apartment building in the 1960s.

The physical chemistry Ph.D. graduate would go on to have a streak of profitable real estate projects as a result of this. Jerry Buss and his business partner Frank Mariani eventually founded Mariani-Buss Associates, a real estate investment firm.

Jerry had divorced Joann by this stage, leaving Joanie with major emotional problems. She did, however, maintain a close bond with her father. Jerry began acquiring several sports clubs in the Los Angeles area about this time. The Los Angeles Strings, the Los Angeles Kings hockey team, and the Los Angeles Lakers were among them.

At the age of 14, she was attending World Team Tennis meetings with Jerry, where she was learning valuable principles that she would later apply to lead the Los Angeles Strings. She chose to live with her father and moved in with him full-time when she was 17 years old.

Despite finally selling his majority stake in the Kings, Jerry stayed focused on tightly managing the Lakers. Buss purchased The Forum for $67.5 million as part of his succession of sports-related assets. The Lakers won 10 titles under Buss’ ownership and boasted an all-star lineup that included James Worthy, Magic Johnson, Shaquille O’Neal, and Kobe Bryant. Jerry was instrumental in transforming the Lakers into a $1 billion franchise.

Jeanie went to college while learning the ins and outs of business and sports management from her father. She enrolled at the University of Southern California and graduated with honors after majoring in business. During her undergraduate years, Jerry appointed Jeanie, then 19, as the new manager of the Los Angeles Strings.

Jeanie spent four years as the president of the Great Western Forum, the Lakers’ stadium at the time, after becoming the owner of the Los Angeles Blades in Roller Hockey International.

She eventually proved her economic acumen to Jerry, who planned to have her take over the business side of the Lakers while her brother Jim handled the sports-related matters. By 2005, she had established herself as one of the sports’ most powerful women. Following Jerry’s death in 2013, Buss fired both General Manager Mitch Kupchak and her brother Jim, who was working as VP of Basketball Operations.

Jeanie’s brother Johnny attempted to seize control of The Lakers from his sister in 2017. The coup ended with Jeanie gaining even more control of the team after a lengthy battle. She is now solely responsible for all Laker family choices.

Who Is Jeanie Buss’s Husband?

Steve Dennis Timmons is a former American volleyball player who competed for the United States in three consecutive Summer Olympics beginning in 1984, winning gold in 1984 and 1988, as well as bronze in 1992. At Newport Harbor High School, Steve was a volleyball and basketball player.

Jeanie divorced professional volleyball player Steve Timmons after three years of marriage in 1990. She explained that she prioritized her job over her marriage. She became engaged to Phil Jackson, the former head coach of the Los Angeles Lakers, after posing naked for “Playboy.” In 2016, the couple revealed that they were no longer planning on marrying.

Buss’s Playa Vista property was reported to have sold for $2.575 million in 2019. She originally paid $2.45 million for the home in 2017. Even though the house was originally listed for $225,000 higher than the final selling price, she agreed to the price reduction.

Having said that, Buss did put some effort into the property after purchasing it two years before to make it a more appealing proposition for prospective buyers. Before re-listing the home, a fresh coat of neutral paint and new fixtures were used to freshen it up. Her former Playa Vista home has over 3,200 square feet of living area and is located on a corner property.

A flagstone patio, French doors, and a three-car garage are all included. Buss owns another property in Playa Vista, and she allegedly bought this four-bedroom condo in 2018.

Jeanie purchased a new home in Los Angeles’ Playa del Rey district in 2020. She spent $2.6 million on the home, which is conveniently located near Los Angeles International Airport. A pool, spa, and gym are among the notable amenities of the four-bedroom seaside property. The 2,200-square-foot property is also part of the Breakers complex, a gated neighborhood in Playa del Rey. Even though Buss had previously owned several houses in the Los Angeles area, this was her first waterfront residence.