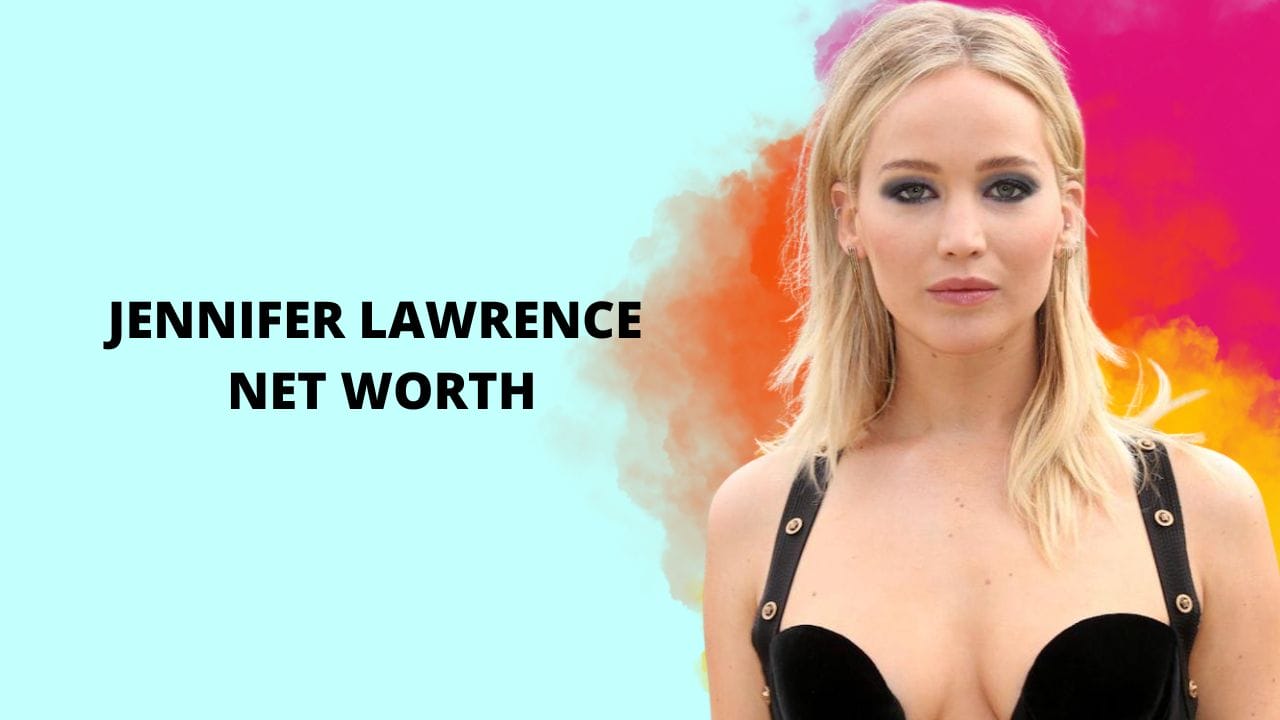 Award-winning American actress Jennifer Lawrence has a $160 million fortune. She received the 2013 Academy Award for Best Actress in recognition of her work in the 2012 film Silver Linings Playbook. The movies that Lawrence has starred in have made more than $6 billion globally as of this writing. In 2015 and 2016, she received the highest salary of any actress in the world. She appeared on Time’s list of the top 100 global influencers in 2013.

Lawrence is a vocal supporter of Planned Parenthood and a feminist. In 2015, she established the Jennifer Lawrence Foundation, whose goals are to support the Special Olympics and the Boys & Girls Clubs of America. She established the production business Excellent Cadaver in 2018.

On August 15, 1990, Jennifer Lawrence was born in Louisville, Kentucky. Ben and Blaine are the names of Jennifer’s two older brothers. Throughout her childhood, Lawrence battled social anxiety and hyperactivity. She found that acting helped her overcome these fears. She participated in a number of regional theatre plays while she was still a resident of Kentucky thanks to her church and school.

When she was nine years old, she performed in her first acting role as a prostitute in a church play based on the Book of Jonah. She continued to perform in church plays and school musicals over the ensuing years.

Lawrence participated in field hockey, was a cheerleader in high school, and played on her father’s boys’ basketball team. While visiting New York City with her family when she was 14 years old, Lawrence was seen by a talent scout who set up an audition for talent agencies.

The agents praised her after her first audition, calling her the greatest they had seen from a young person. Lawrence’s mother wasn’t delighted about her daughter’s plans to become an actress. She joined the CESD Talent Agency and started going to Los Angeles castings. Lawrence left high school at the age of 14. She never finished high school or earned her GED. 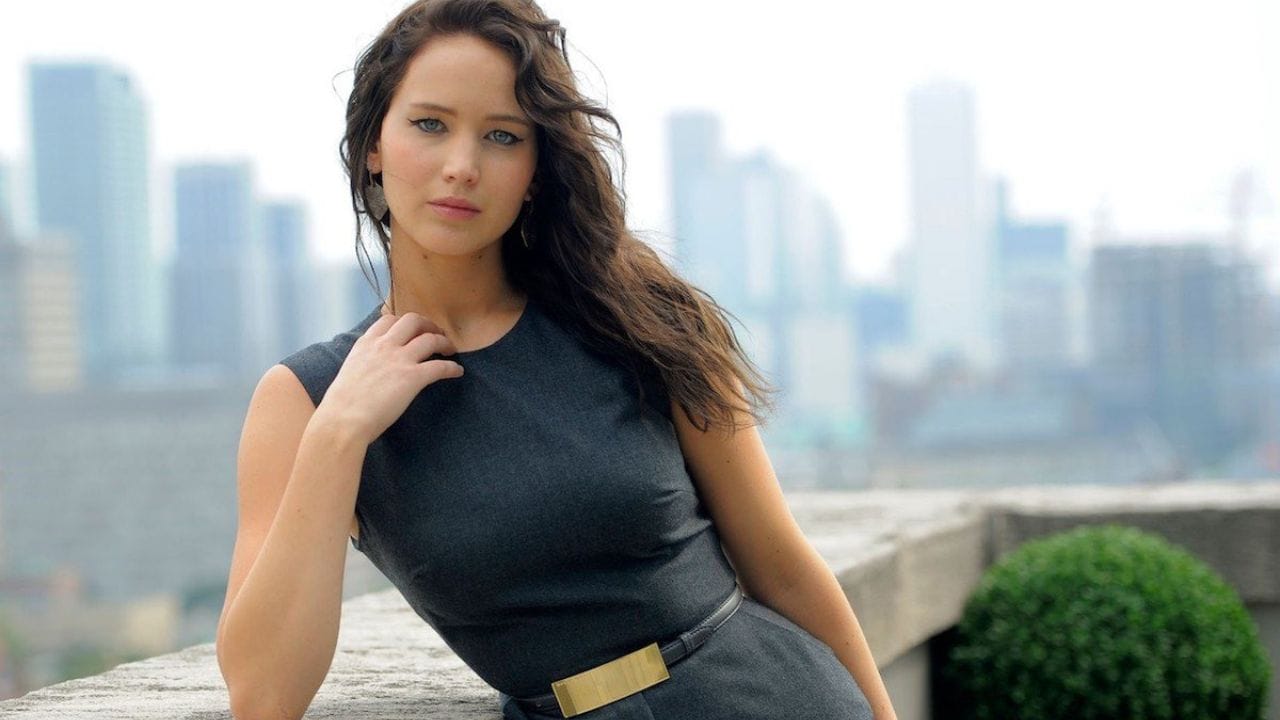 She started dating her co-star Nicholas Hoult in 2010 while they were both working on the movie X Men: First Class. The two dated until shortly after X Men: Days of Future Past’s filming in 2014. Lawrence fell victim to the celebrity photo iCloud hack the same year, and many of her naked selfies were posted online.

She met director Darren Aronofsky while shooting mother! and they began dating in the fall of 2016. A little over a year later, they split. In 2018, she began dating Cooke Maroney, the director of an art gallery. They got engaged in February 2019 and got hitched in Rhode Island in October 2019.

Lawrence landed her first paid acting gig in the 2006 television movie Company Town. Following that, she appeared in more television programs as a guest, including Monk and Medium. On the TBS program The Bill Engvall Show in 2007, she was given the role of Lauren, the disobedient daughter.

She received numerous plaudits over the three seasons of the show. She was described as a scene-stealer by The Washington Post. Lawrence, according to the New York Daily News, excelled at “delivering the continuous frustration of teenage girls.” In 2009, she was recognized for her performance with a Young Artist Award for Outstanding Young Performer in a TV Series.

Winter’s Bone, a 2010 movie, featured Lawrence in his breakout role. For her work in the film, Jennifer received an Oscar nomination. Lawrence was searching for a lighter subject after her devastating appearance in Winter’s Bone. She discovered that in the 2011 film X-Men: First Class, where she portrayed the mutant shape-shifter Mystique.

From there, Jennifer was cast as Katniss Everdeen in the Hunger Games trilogy by Suzane Collins, which is likely her largest and most well-known role to date. She co-starred with Bradley Cooper in the David O. Russell movie Silver Linings Playbook that same year. Her character in the movie dates a man who suffers from bipolar disorder. As a result of her performance in Silver Linings Playbook, she received the Academy Award and Golden Globe for Best Actress. There then came The Hunger Games and X-Men sequels.

Lawrence’s performance earned her a third Academy Award nomination—her first in the supporting category—as well as the Golden Globe and BAFTA Awards for Best Supporting Actress.

She collaborated with Russell once more on the 2015 film Joy, based on the actual account of a struggling single mother who created the Miracle Mop. Although the movie didn’t fare as well as Lawrence-earlier Russell’s movies, her performance was acclaimed. She became the youngest person to have four Oscar nominations after winning a third Golden Globe and being nominated for a fourth Academy Award for Best Actress.

In Adam McKay’s Bad Blood, Lawrence will portray Theranos founder Elizabeth Holmes. The Untitled Lila Neugebauer Piece, which is about a US soldier who sustains a traumatic brain injury while fighting in Afghanistan and finds it difficult to adjust to life at home, is a project she recently finished.

She receives a lot of accolades for her acting skills and is regularly likened, both in terms of her acting prowess and demeanor, to a young Meryl Streep. Jennifer is currently one of Hollywood’s most sought-after actors and is expected to have a long and prosperous career.

Failure is an inevitable part of life. It is precisely this factor that makes achievement worthwhile. But if we let failure dictate every choice we make, we will never experience real success. Even when I first started acting at the age of 14, I know I’ve never thought about failing, as Lawrence once remarked.

In every movie she has appeared in, Jennifer Lawrence is renowned for putting up her best performance. David O. Russell, who directed Linings Playbook, was so impressed with her performance that he gave her a part in both of his subsequent movies, American Hustle (2013) and Joy (2015).

There is more to life than fame and riches, as demonstrated by Jennifer Lawrence. She is an ardent feminist and a steadfast supporter of homosexual rights in addition to acting.

How Did Jennifer Lawrence Become Famous?

When he was younger, Lawrence cherished dressing up and acting in plays at church and at home. When she was 14 years old, a talent scout spotted her while she was on vacation with her family in New York City and advised her to pursue modeling and acting. According to Lawrence, her mother had first preferred that she pursue modeling, but she felt more at home as an actress.

She left school at the age of 14 to focus solely on acting, attend Los Angeles auditions, and work part-time as an assistant nurse at the Kentucky camp her mother runs.

When Lawrence was 16 years old, she played the lead in a never-aired Company Town pilot. A commercial for MTV’s My Super Sweet 16 followed, and she also landed small appearances on Monk, Cold Case, and Medium.

From 2007 until 2009, she appeared on The Bill Engvall Show as Lauren, the adolescent daughter of Bill Pearson.

Lawrence claims that she tried out for and was rejected from a number of well-known roles, including Bella Swan in The Twilight Saga (played by Kristen Stewart), Mia Wasikowska as the title character in Tim Burton’s Alice in Wonderland, Jules in Superbad (played by fellow Oscar winner Emma Stone), and Lisbeth Salander in The Girl With the Dragon Tattoo (which went to Oscar nominee Rooney Mara).

Winter’s Bone, a 2010 independent drama, was Lawrence’s huge break-out role. She allegedly made $10,000 for the role, earning $3,000 each week, and it led to her first Oscar nomination for Best Actress. She was beaten by Natalie Portman, who won the award for Black Swan, but she wasn’t disappointed; in the days following her nomination, she told The New York Times, “So much happened so quickly.

I simply want to feel like it actually occurred, I thought. I think I’m occupied. It’s incredibly odd, but I feel like I’m weary of talking about myself and being exhausted. When something is so wonderful that you’re bummed that you can’t completely appreciate it, it’s like having PMS.”

How is Jennifer Lawrence So Rich?

Lawrence has a production company called Excellent Cadaver that she founded in 2018 in addition to her acting profession. Additionally, she reportedly made $15–20 million from a Dior endorsement deal. Even though many celebrities profit from social media,

Lawrence hardly ever uses her accounts unless she’s advocating a worthwhile cause, which raises her fee: She keeps up the mystique (see what we did there?) of being a famous movie actress who speaks like she’s relatable but is also out of the public’s grasp and unreachable.