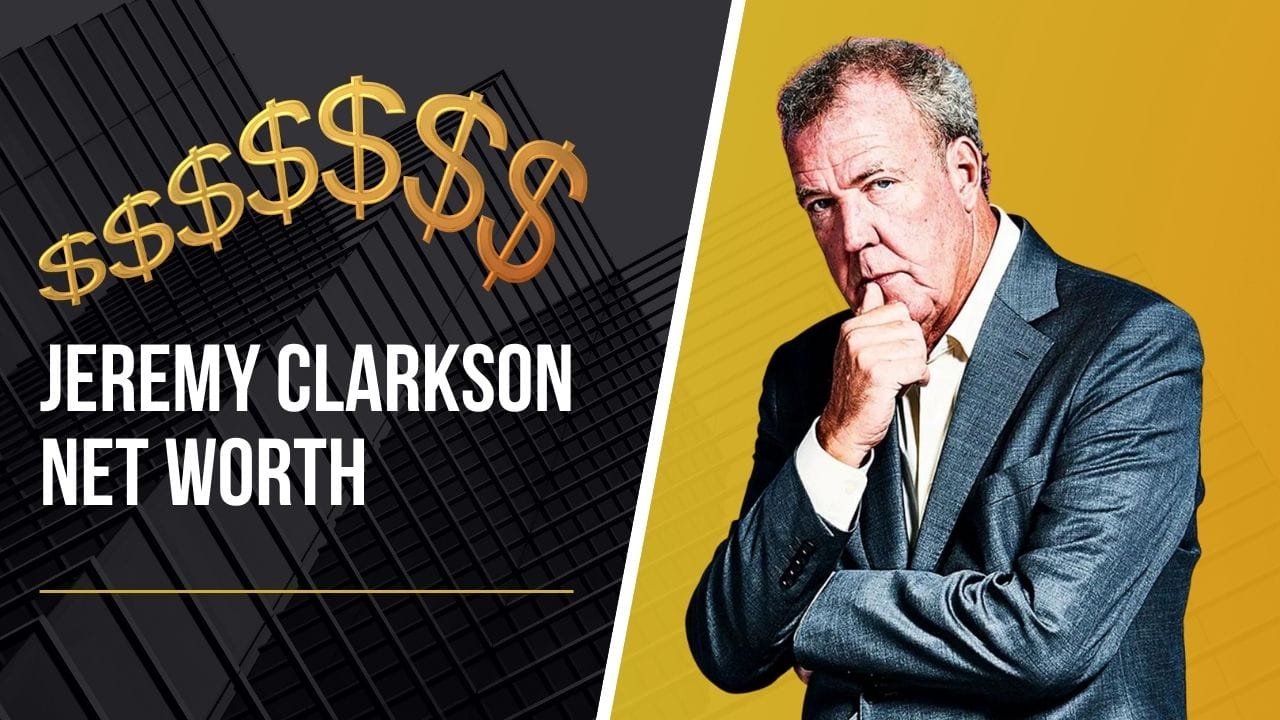 Jeremy Clarkson was born in Doncaster, England on April 11, 1960, to Shirley and Edward. Clarkson’s parents registered him for private school years in advance, despite not knowing how they would afford the tuition. Before he started school, his parents made two Paddington Bear toys for him and his siblings.

Due to their immense popularity, they began selling them. However, they were quickly hit with a cease and desist letter by Michael Bond’s legal team. Edward Clarkson traveled to London to see Bond’s attorney. On the way to the meeting, he met Bond in the elevator, and the two hit it off. Bond granted the Clarksons worldwide Paddington Bear licensing rights. This provided funding for Jeremy’s education.

Clarkson has stated that he was severely bullied and miserable at Repton School. At the same time, he attended Repton School as former “Top Gear” Executive Producer Andy Wilman and Formula One engineer Adrian Newey. Eventually, he was expelled from Repton School due to numerous violations.

His first job was as a salesman for his parents’ Paddington Bears business, but he is best known as the host of the internationally acclaimed sports car program “Top Gear.” He became a journalist for several newspapers, including the Rotherham Advertiser, Rochdale Observer, Wolverhampton Express and Star, and Shropshire Star. At the Shropshire Star, he had his first opportunity to write about automobiles.

He began his career writing about Peugeots and Fiats before progressing to Range Rovers and Ford Granadas. Seven years later, he was finally permitted to operate an Aston Martin Lagonda. After ten years, he finally had the opportunity to drive his first Lamborghini.

In 1984, Clarkson founded the Motoring Press Agency (MPA). Together with fellow automotive journalist Jonathan Gill, he conducted road tests for newspapers and automobile publications. Since 1993, he has been a frequent contributor to Top Gear magazine.

Clarkson also writes columns for The Sun, The Sunday Times, and the Toronto Star, in addition to hosting “Top Gear.” Clarkson has written books on automobiles and other topics.

His first notable appearance on television was as the presenter and host of “Top Gear” in its original format from October 1988 to February 2000 and again from October 2002 to March 2015. Clarkson is largely responsible for “Top Gear” becoming the most-watched program on BBC Two.

Clarkson also hosted the inaugural version of “Robot Wars” in the United Kingdom. From November 1998 to December 2000, he hosted “Clarkson,” a talk show. The 27 episodes of the show, which featured interviews with musicians, politicians, and media personalities, were produced by him.

Clarkson and co-host James May reached the North Pole in a car for the first time in 2007, as shown on “Top Gear: Polar Special.”

Clarkson was removed from “Top Gear” by the BBC in March 2015 after a fight with one of the show’s producers. While filming on location in Hawes, North Yorkshire, Clarkson was displeased that he was offered soup and a cold meat platter. The chef had gone home, and Clarkson’s meal was the only one available.

Following the incident in which Clarkson punched producer Oisin Tymon so hard that he required hospital care, the BBC did not run the next edition of “Top Gear” or the final two episodes of the season. At the end of March, Clarkson’s contract with the BBC expired, and a previously negotiated three-year renewal was withdrawn.

On April 19, 2015, Clarkson revealed in his Sunday Times column that his doctor had informed him two days before he hit Tymon that he may have tongue cancer. Clarkson did not, as it turned out, have cancer. Tymon sued Clarkson and the BBC for racial discrimination in November 2015 for the verbal abuse he received in March. Clarkson formally apologized to Tymon in February of the following year and settled the racial discrimination and personal injury suit for $130,000.

Amazon announced on July 30, 2015, that Clarkson, along with his former “Top Gear” co-hosts Richard Hammond and James May, would host a new show titled “The Grand Tour.” The premiere of the first season occurred on November 18, 2016. The fourth season of the show concluded at the end of 2019.

Clarkson married Alex Hall in 1989. She left him six months later for one of his friends. In May of 1993, he married Frances Cain, his manager. There were three of them. Cain initiated divorce proceedings in April 2014.

Clarkson was given a protective order against his first wife in September 2010 to prevent her from exposing allegations that their sexual relationship continued after he married Cain.

Clarkson adores the progressive rock band Genesis. He attended the band’s 2007 reunion performance at Twickenham Stadium in London. In addition, he wrote liner notes for the reissue of “Selling England by the Pound” included in the “Genesis 1970-1975” box set.

Clarkson has historically been indifferent to the green movement and has mocked groups like Greenpeace, referring to them as “eco-mentalists” and “old trade unionists and CND (campaign for nuclear disarmament) homosexuals.” In the future, wind farms will serve as a reminder of the time when humanity temporarily lost its mind and believed that wind, waves, and tofu could somehow provide enough electricity to power the entire earth.

What Is Jeremy Clarkson’s Net Worth in 2022?

According to celebritynetworth.com, Clarkson has an estimated net worth of $70 million (£55.8 million) and an annual income of approximately $20 million (£16 million). In addition to his annual salary of £2.9 million, he received between £5 and £9 million in dividends on his 30% ownership of Top Gear’s rights.

He reportedly struck a £160 million agreement with Amazon Prime to begin his new program, The Grand Tour, after leaving Top Gear. Clarkson was the host of his talk show from 1998 to 2000. He has also been as a guest host on Have I Got News For You and Who Do You Think You Are? In 2018, he replaced the previous host, Chris Tarrant, and became the host of the ITV game show Who Wants to Be a Millionaire? which added to his net worth.

The first season of his Amazon Prime series, Clarkson’s Farm, was a big success when it premiered in June of last year. Clarkson has been confirmed to return for a second season, though the premiere date has not yet been announced.

Who Is Jeremy Clarkson’s Wife? Info on His Married Life

Jeremy and Frances Cain were married for many years. In 1993, they tied the knot. However, their marriage dissolved in 2014.

Before this, Clarkson was married to Alexandra James from 1989 to 1990. However, Alexandra left him after six years of marriage for one of his pals.

Therefore, as of August 2021, Jeremy is single. Although he has never been married, he is in love with his Irish girlfriend, the former actress Lisa Hogan. The pair has been together since 2017.

Clarkson’s Top Gear salary was a surprisingly modest $4 million per year, given the show’s popularity. However, do not feel too sorry for Jeremy. In addition to his normal salary, Clarkson also held thirty percent of Top Gear’s rights.

This means that he receives a portion of the profits from all licensing agreements, DVD sales, syndication, and merchandise. Clarkson typically earns between $7.5 and $13 million per year in dividends and bonuses from the show, in addition to his base salary. In 2013, the BBC (who already owned fifty percent of the show) purchased the remaining shares of the Top Gear Empire to gain complete control. This sale yielded approximately $21 million for Clarkson.

Persuasion Netflix Release Date: How Can I Watch Persuasion 2022?