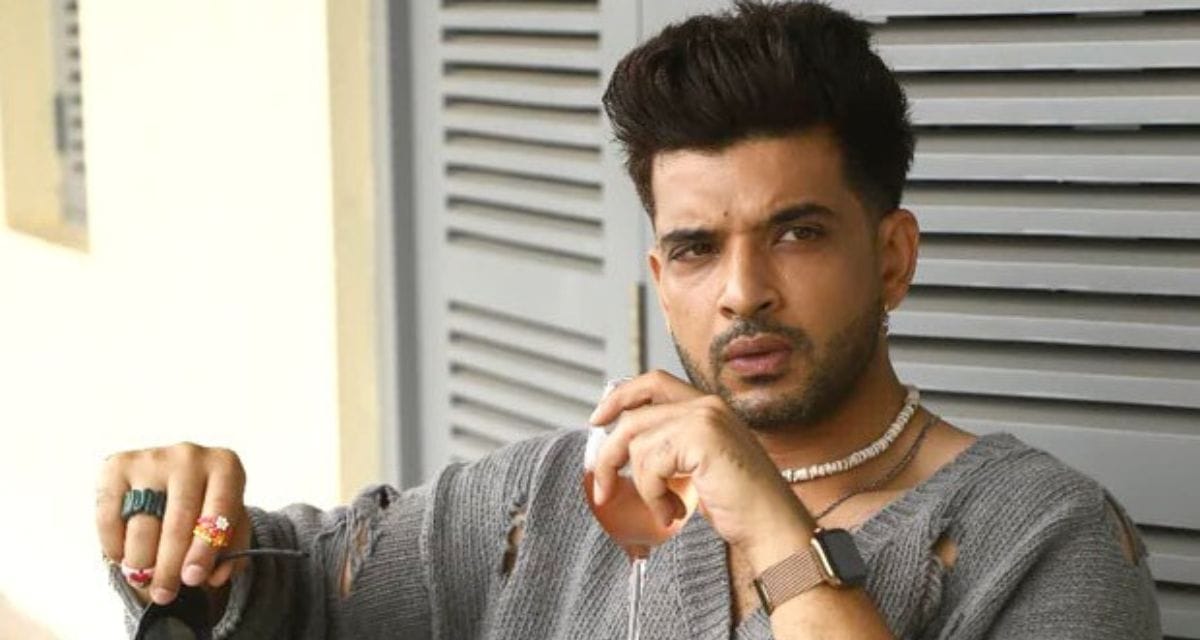 Who is Karan Kundra? Check Everything About This Celebrity Here!

Karan Kundrra is an Indian businessman and actor. In 2009, he made his debut in the Hindi television series “Kitani Mohabbat Hai,” in which he portrayed the part of Arjun Punj, and the series brought him enormous fame.

He completed his education at Mayo College in Ajmer, Rajasthan. Afterward, he attended the Apeejay College of Fine Arts in Jalandhar, Punjab. He afterward pursued his MBA in Florida, United States.

Born into a prosperous Punjabi family.

In Punjab, his father, S. P. Kundra, operates a construction company. The name of his mother is Suneeta Kundra. Poonam Malhotra, Meenu Kundra, and Madhu Kundra are his three older sisters.

In Jalandhar, Punjab, he founded an international call center at the age of 17. Then he began to assist his father in the family’s construction business. Karan and his ex-girlfriend Anusha debuted their apparel line “Man Up! Woman Up!” on 14 February 2020.

While managing his international call center in Jalandhar, he sent Indian producer Ekta Kapoor his Facebook images. She liked him and offered him the lead part of Arjun Punj in the 2009 Hindi television series Kitani Mohabbat Hai starring the Indian actress Kribtika Kamra. 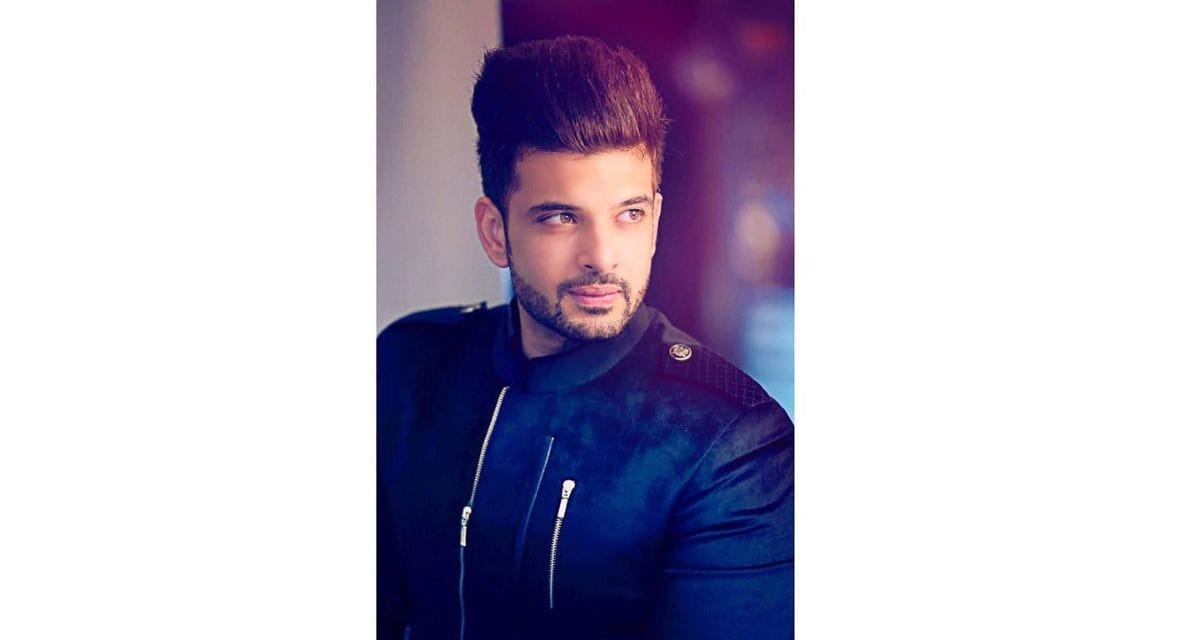 In 2012, he made his acting debut in the Punjabi film Pure Punjabi, playing the part of Prem.

He appeared in a few further Punjabi films, including “Jatt Romantic” (2013), “Bade Change Ne Mere Yaar Kaminey” (2014), and “Control Bhaji Control” (2015). In an interview, when asked if Punjabi films helped him prepare for Hindi films,

He responded I don’t believe so. There is a substantial difference between them. Each caters to different types of audiences. It is no longer the case that if you win a beauty competition you will become an actor. In addition, budget, effort, and bandwidth requirements vary greatly between the two. Therefore, I do not believe it is appropriate to compare the two. I’m a Punjabi. Therefore, I adore making films. It is second nature to me. I do not view it as a test for Bollywood, but I will watch those films for my pleasure.”

Neil marked his Bollywood debut in the 2013 horror flick Horror Story. Karan discussed the film’s disappointing performance at the box office in an interview.

He said I lack a godfather and no one has “launched” me, therefore I must make prudent decisions. I am currently in possession of two Hindi flicks. Regarding Punjabi films, I am an actor and co-producer. I do them for enjoyment and the opportunity to spend a couple of months in Punjab while filming. However, I have taken a break from them.”

During an interview, he discussed his beginnings in Bollywood.

He said, When Vikram sir called me in 2012, I was heavily involved in television. I had just entered the phase where people were familiar with me and considering hiring me. So, at that time Vikram sir informed me, “I am creating a short film. It is not being directed by me, and it is not your launch.

It is a psychological thriller about a group of young people who enter a hotel and do not survive the night. I quickly agreed since, for me, life is a journey, not a destination. You continue to advance, and the aggregate of your experiences becomes your life. Vikram sir liked my work in Horror Story and when he was planning 1921 last year, he remembered me and my work. That worked to my advantage, and I secured the film.” 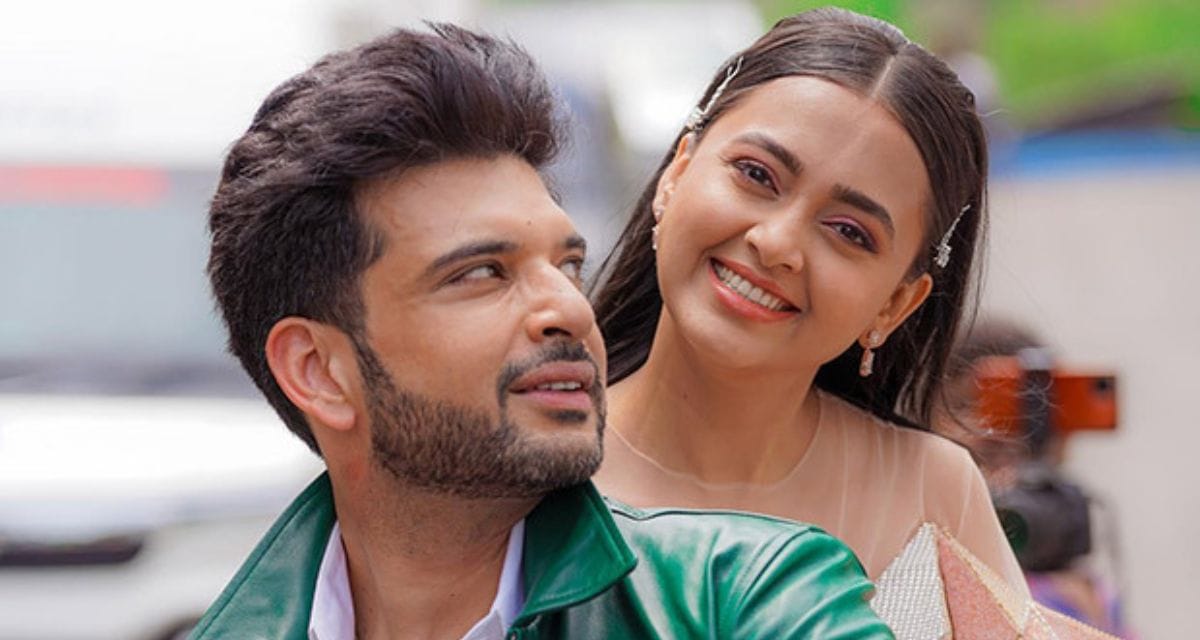 In 2020, he portrayed Ronobir Chatterjee in the Hindi online series It Happened in Calcutta. The online series was made available on Zee5.

In 2008, he was a finalist in the male beauty pageant ‘Mr. India’ and won the title ‘Mr. Style Statement’ in the competition. In 2010, he competed in the television dance competition “Zara Nachke Dikha.”

He said, did was something he had never done before, thus he described the experience as fantastic and life-changing. From traveling to riding, and executing exciting and life hazardous tasks. As it is a reality program and people can respond in any way, we were exposed to a variety of emotions, and as a gang leader, I had to deal with them. In addition, I did several things that I never dreamed were physically possible.”

Along with Pratik Sehajpal, Shamita Shetty, Umar Riaz, and Nishant Bhat, he participated in the 15th season of the television reality show Bigg Boss in 2021.

In 2009, Karan met the Indian actress Kritika Kamra during their debut program ‘Kitani Mohabbat Hai.’ They began as friends and quickly fell in love with one another. Their on-screen and off-screen relationship became so popular that their supporters began to refer to themselves as “Karnika fans.” Later, for various reasons, the couple split up. [4] Kritika was asked about her split from Karan Kundrra during an interview.

she replied, There is no clear explanation for my separation from Karan. There was no violence. Both of us became extremely busy with our new gigs, which strained our relationship. Unfortunately, we were unable to maintain our relationship.

There was an emotional connection, and we were constantly together, but he never proposed to me, and I’m pleased he didn’t. I am at ease with all of my exes, and Karan is not an exception. We began as friends and ended as friends. We have a contaminated form of friendship that has persisted.”

Then, he began a relationship with the Indian VJ and model Anusha Dandekar. At the airport, Karan met Anusha and became friends with her. According to the reports, they were in a live-in relationship shortly after falling in love and beginning a courtship.

They announced their relationship status on their Instagram account. Anusha even received numerous derogatory remarks from “Karnika followers” (Karan and Kritika fans). In an interview, the subject of trolls was discussed.

Anusha said Trolls want us to break up because Kritika (his ex-girlfriend) and Karan are their ideal couple. They appeared on television. They looked fantastic. They were the affection of all.”

Later, Karan and Anusha co-hosted other television programs and events. Everything appeared to be going well between them until Anusha published an Instagram post in 2020 that hinted at her breakup with Karan.

She wrote This is the point. If they were the only ones. Why do you then spend so many nights ruminating? Why are you uncertain about the relationship? Why do you keep having sleepless nights? ‘ You have witnessed me loving so freely… Please observe how I LOVE myself till I am so full that I can one day share it with someone else. My final piece of advice is that love comes in various forms, but you shouldn’t let it consume you to the point that you lose yourself.

Love should be respectful, kind, and most importantly, honest. I deserve it, you deserve it. Understanding this is essential because we accept the love we believe we deserve. Thank you for always loving me as your A team does. I love you. Forever grateful for the good and the terrible, for both have provided invaluable lessons. My love journey starts with me now.”

Later, while discussing the split, they discussed the occurrence.

Anusha said, Here it is, before the end of the year… Yes, I did a show called Love School, yes, I was your Love Professor, and yes, everything I discussed and advice I offered has always been genuine and heartfelt… Yes, I adore it intensely… Yes, I will fight until there is nothing left to fight for, yes, I am human, yes, I have lost part of my self-respect, and yes, I have been tricked and lied to… Yes, I waited for an apology that never came, and yes, I learned I had to apologize to myself and forgive myself… And sure, I have grown, am growing, and will continue to grow as a result of it all, so let’s focus on the positive.

Karan Kundrra’s perspective on the situation was,

I have remained silent out of respect for the relationship, and I wish to continue doing so. Currently, I am also considering two families. I, too, may say a variety of things, but it is not who I am. She gave her views in her response. Occasionally, I begin laughing when I hear anything. I have no idea what could make someone so hostile toward another individual. Three and a half years ago, we enjoyed a wonderful relationship. I have a great deal of respect for Anusha and her family, from whom I have learned a great deal. How is it that these claims are being made against me while my professional situation is improving? Why has no other individual with whom I’ve been in a relationship ever made such a significant accusation against me?”

He began dating Tejasswi Prakash after they competed in Bigg Boss 15 together.

During the 2017 Roadies auditions, Karan lost his temper and slammed a competitor on national television. It all began when the participant described how humiliated he felt when his sister married his friend against his preferences. In addition, the individual described how he hit his sister for her actions. Not only Karan, but also Rannvijay Singh, Neha Dhupia, Harbhajan Singh, and Prince Narula became enraged upon hearing this.

Some began to abuse me. They began tagging me and responding to my tweets on Twitter, while my admirers corrected them.”

Who is Libra Soulmate? Latest Updates!