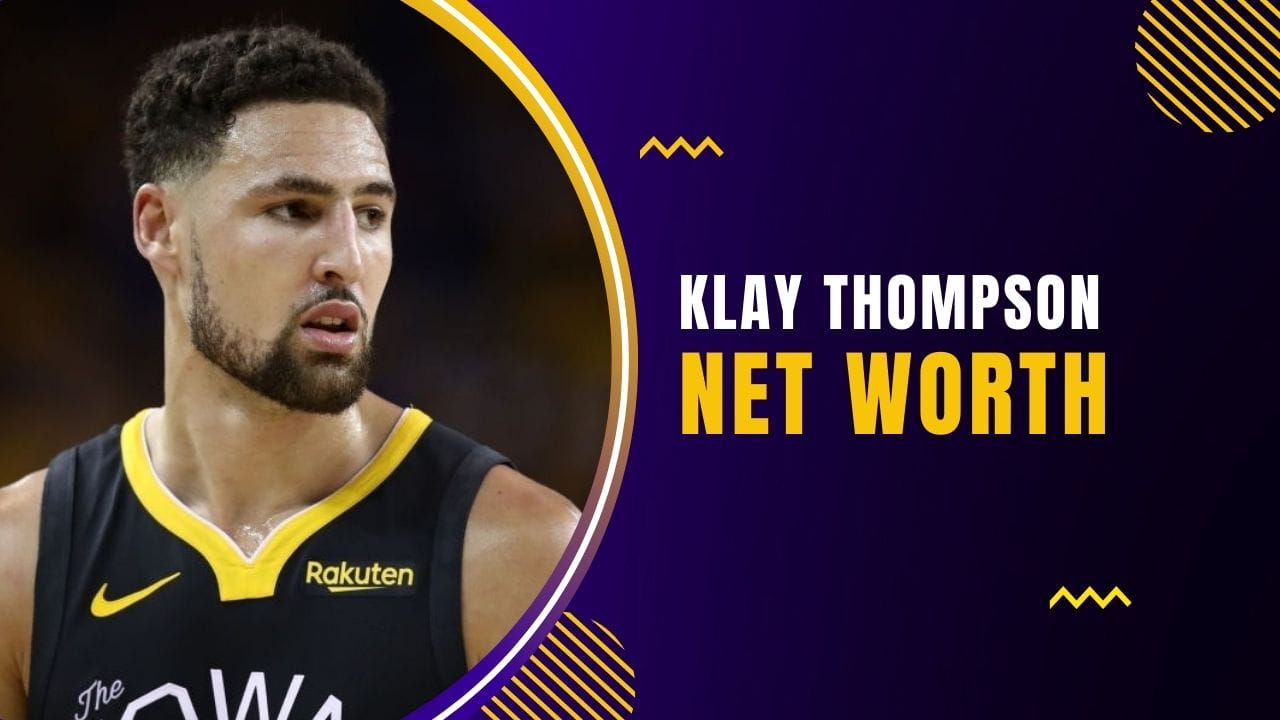 Klay Thompson Net Worth- Klay Thompson is a professional basketball player from the United States with a net worth of $70 million. His pay is $32 million per year. He gets between $5 and $10 million a year through endorsements. In 2015, he helped lead the Golden State Warriors to their first NBA championship in 40 years, and he also played a significant role in the Warriors’ championships in 2017 and 2018. Thompson is recognized as one of the greatest shooters in the history of the NBA.

Klay Thompson was born in Los Angeles, California, in 1990 to NCAA volleyball player Julie Thompson and NBA star Mychal Thompson. His older brother is named Mychel, and his younger sibling is named Trayce. Thompson and his family relocated to Lake Oswego, Oregon, when he was two years old; there, he became boyhood friends with future NBA player Kevin Love.

Later, at the age of 14, Thompson relocated to Santa Margarita Catholic High School in Ladera Ranch, California. As a senior, he led his basketball team to a 30-5 record to a state championship appearance in Division III. Thompson set a state finals record in the Championship by making seven three-pointers in a single game. Consequently, he was named State Player of the Year and League MVP for Division III.

Thompson attended Washington State University for college. As a rookie, he started all 33 games for the basketball team and was chosen to the Pac-10 All-Freshman Team. During his sophomore year, Thompson led the Cougars to the Great Alaska Shootout title and was awarded the tournament’s Most Valuable Player.

After becoming the third-quickest player in Cougars history to achieve 1,000 points, he was subsequently named to the All-Pac-10 First Team. As a junior in 2011, Thompson led the Pac-10 in scoring and again was named to the league’s first team. He set a tournament record with 43 points and eight three-pointers during the Pac-10 tournament. He concluded the season with 733 points, the most points scored in a single season in the history of Washington State.

Between 2018 and 2020, Thompson dated actress Laura Harrier. In addition to basketball, he is also an ardent chess player. Thompson is the owner of Rocco, an English bulldog.

Thompson participated in disaster relief efforts to raise funds for the 2017 Northern California wildfires. He contributed $1,000 for each point scored against the Toronto Raptors, Detroit Pistons, and Washington Wizards in home games. With the support of sponsors and fans, Thompson was able to increase his earnings to nearly $5,000 each point. Consequently, he raised approximately $360,000 throughout three games.

Klay Thompson earned $31 million between June 2017 and June 2018 between salary and sponsorships. Approximately $13 million of those earnings came from endorsements. From June 2019 to June 2020, he made $40 million.

Klay signed a 10-year contract with Chinese shoemaker Anta in June 2017. The agreement pays him an annual compensation of $8 million, totaling $80 million. Additionally, he can earn substantial incentives and royalties based on sales milestones.

Thompson left Washington State after his junior year to enter the 2011 NBA draught. The Golden State Warriors finally selected him with the 11th overall selection. Thompson was named to the NBA All-Rookie First Team after a strong season. Thompson and teammate Stephen Curry combined to make 483 three-pointers during his sophomore season, the most ever by an NBA combination. The following season, the duo surpassed this record by a single point.

During the 2014-2015 season, Thompson’s performance with the Warriors increased as he signed a four-year contract deal with the franchise. He scored a career-high 41 points in a victory over the Los Angeles Lakers the very following day. In January of 2015, he scored 52 points with 11 three-pointers in a victory over the Sacramento Kings, surpassing this total.

This season, Thompson led his team to the NBA Finals, where they defeated the Cleveland Cavaliers to capture the Warriors’ first NBA championship in forty years. Thompson helped the Warriors become only the second team in NBA history to win 70 games in a single season during the 2015-16 season. The club reached the finals against the Cavaliers for the second consecutive season but lost despite holding an early lead.

Thompson was the first NBA player to score 60 points in less than 30 minutes during the 2016-17 season. In addition, he scored the most points by a Golden State Warriors player in almost 42 years. The squad ultimately reached its third consecutive NBA Finals, where they faced the Cavaliers once again and won their second title in three years. The Warriors finished the postseason with the best winning percentage (16-1) in NBA history. The following year, Thompson and his squad won yet another title, defeating the Cavaliers once again.

In 2019, Thompson and the Warriors reached the NBA Finals for the fifth year in a row, meeting the Toronto Raptors. In Game 6, with the Raptors leading 3-2, Thompson tore his ACL and was forced to depart in the third quarter. The raptors finally defeated the Warriors. Thompson signed a maximum five-year, $190 million contract to remain with the Warriors the following season. Following surgery to repair his ACL, he will miss the whole 2019-20 campaign. In addition, Thompson missed the entire 2020-21 season due to an Achilles injury.

He is currently in an on-again, off-again relationship with Spider-Man: Homecoming actress Laura Harrier. Currently, it is difficult to determine whether it is on or off.

Klay and Laura had been spotted together at events such as the All-Star Game, baseball games, birthday parties, the Oscars, and Drake’s New Year’s Eve party.

In 2018, shortly after Klay terminated his previous engagement with American model Carleen Henry, they began dating.

The World Cup and Olympic Games

Beyond the NBA, Thompson has had a successful career with the US national team. In 2014, he was a member of the Spanish squad that won the FIBA Basketball World Cup. Two years later, he won gold with the United States team at the Summer Olympics in Rio de Janeiro.

Klay Thompson and the Warriors have agreed to a $190 million contract that will keep him with the franchise through 2024. Thompson will earn $37, 980,720 for the 2021-22 season despite being absent for an extended period due to injury.

Klay signed a $69 million, four-year contract with the Warriors in 2015. The average annual payment under the contract was $17 million.

In 2019, he signed a five-year, $190 million deal with the Warriors. This equates to average annual pay of $38 million. As of this writing, it is the third-largest contract in NBA history.

Celebrity Net Worth estimates Thompson’s net worth in 2022 at $70 million. Klay receives a significant chunk of his net worth from his NBA contract, but according to Forbes, the shooting guard earned $14 million per year in endorsements in 2013.

Who Is Klay Thompson’s Manager?

Greg Lawrence is Thompson’s chief representative at Wasserman. Formerly represented by BDA Sports, he now works for them.