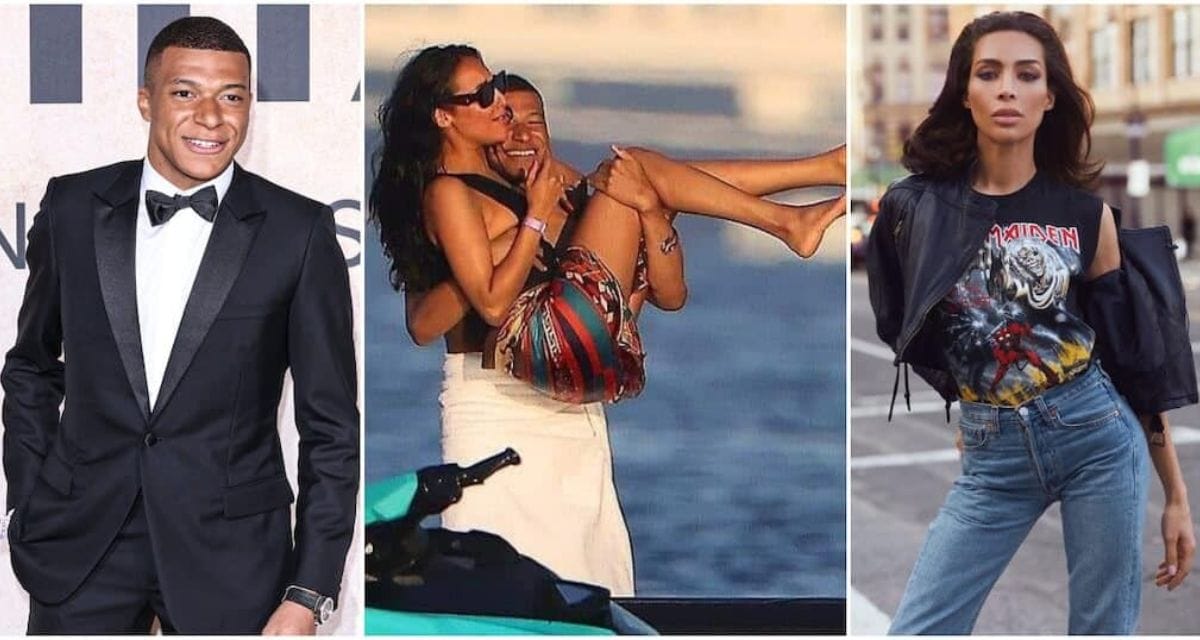 Kylian Mbappe Dating History: After breaking up with Emma Smet, the PSG and France forward Kylian Mbappe has reportedly been dating the well-known model Ines Rau for some time. According to Corriere Dello Sport, Mbappe was spotted with Rau at the Cannes Film Festival, as well as on a yacht where he was carrying his girlfriend.

Mbappe, who is 23 years old, is one of France’s biggest superstars. He currently plays for PSG, where he leads the attack alongside Lionel Messi and Neymar. Earlier this year, he was on the verge of signing a contract with Real Madrid, but PSG stole the deal by offering him a lucrative salary and granting him greater control over the day-to-day operations of the club.

Mbappe has been under the microscope on multiple occasions this season. He was mocked for intentionally shoving Lionel Messi on the field and then battling Neymar for a penalty kick. After reports that the French forward was lobbying the club to release the Brazilian, tensions between him and Neymar have increased.

Nonetheless, it appears that they have buried the hatchet at least on the field. PSG’s most recent match against Toulouse featured goals from Neymar, Mbappe, and Messi, who also provided a couple of assists.

Few details are known about Mbappe’s personal life. However, the rumors about his new girlfriend gained momentum after the Italian media published a photograph of him carrying Rau.

In 2017, the French model of Algerian descent Rau was the first transgender model to grace the cover of Playboy magazine. In 2014, she made her debut in Playboy, where she posed naked for the Evolution special section.

Cooper Hefner, the son of Playboy founder Hugh Hefner, responded to the backlash that Rau’s appearance received by writing, “We should collectively be fighting for a more open world, not one that promotes hatred and a lack of acceptance.”

Rau, who is also interested in working in the Hollywood industry, began transitioning around the age of 17 but did not come out publicly until she was 24.

“I hid my transgender identity for a long time,” says Rau in the accompanying interview. “I dated frequently but almost forgot. I feared never finding a boyfriend and being perceived as odd. Then I thought, “You know, you should just be yourself.”

Kylian Mbappe was rumored to be dating French actress Emma Smet and former Miss France Alicia Aylies in the past. These relationships, like the current alleged relationship with Ines Rau, were never made public.

Mbappé was spotted with the French model Ines Rau at the Cannes Film Festival in May 2022. Later, the couple was captured cuddling on a yacht, with one image showing the soccer player carrying the model in his arms.

In November 2017, the 30-year-old French beauty made history as the first openly transgender model to grace the cover of Playboy magazine. She was also the first Playmate of the Month to be transgender.

Ines told the publication, as reported by Entertainment Tonight, “I lived a long time without saying I was transgender.” “I dated frequently and nearly forgot.

I feared never finding a boyfriend and being perceived as odd. Then I thought to myself, ‘You should just be who you are. It is liberating to speak the truth about yourself, regardless of your gender or sexual orientation. People who reject you are not worth your time. It is not about receiving love from others; it is about self-love.”

She went on, “During the duration of this shoot, I reflected on the difficult days of my childhood. Now, everything that occurs fills me with such joy and happiness. I pondered, “Am I truly going to be a Playmate? This is the most lovely compliment I have ever received. It is similar to receiving a large bouquet of roses.”