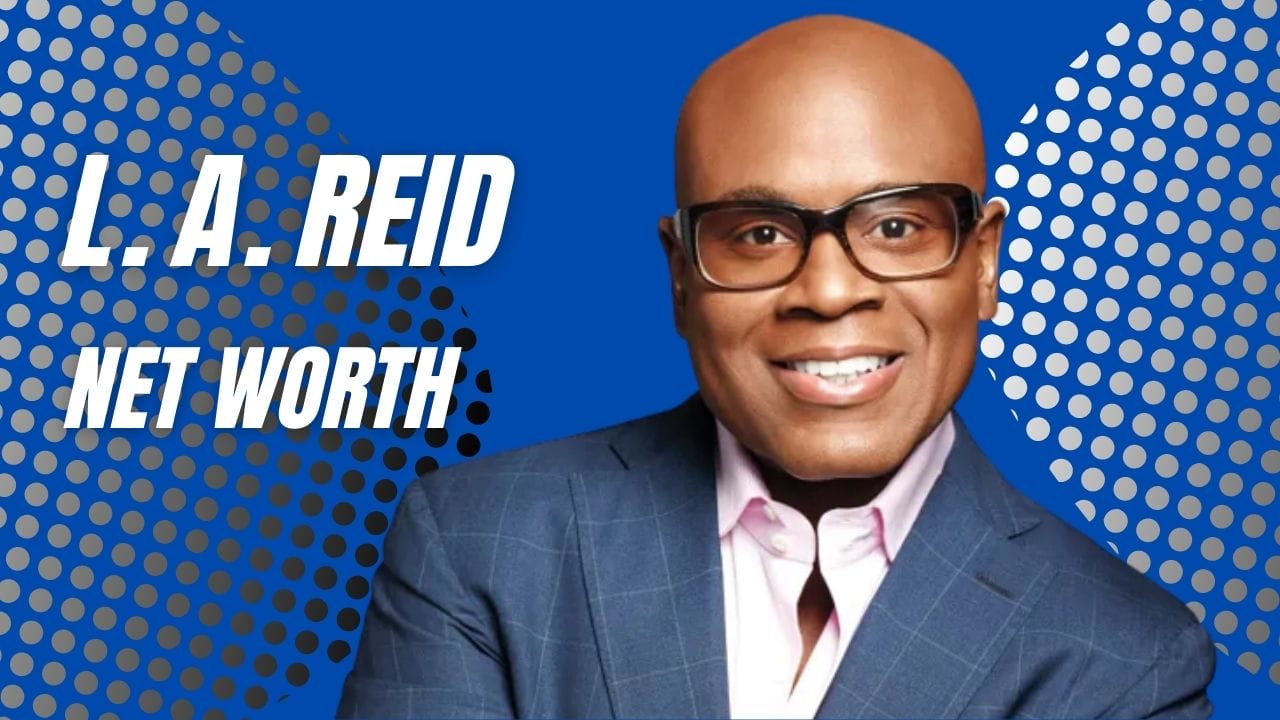 Reid is an executive and producer in the music industry with a $300 million net worth. He is most well-known for launching Hitco Entertainment, Hitco Music Publishing, and LaFace Records alongside Kenneth “Babyface” Edmonds. He has served as chairman and chief executive officer of corporations such as Epic Records and The Island Def Jam Music Group.

Through his many jobs, Reid has collaborated with dozens of the most renowned musicians in the history of music. Bobby Brown, TLC, Usher, Toni Braxton, Boyz II Men, Mariah Carey, Avril Lavigne, Justin Bieber, Kanye West, Rihanna, Whitney Houston, and Travis Scott are some famous examples. TLC sold 75 million albums for LaFace Records, while Usher, who was signed to the label at age 16, sold 65 million.

Reid and Babyface received a Grammy for their work as songwriters on the Boyz II Men song “End of the Road.” He has won a total of three Grammy Awards.

Antonio Marquis Reid, sometimes known as L.A. Reid, was born on June 7, 1956, in Cincinnati, Ohio. As a child, he was already a music fanatic, listening to James Brown, Sly Stone, and Led Zeppelin. In his youth, Reid was noted for transforming almost anything into a drum set, including pots, pans, and just about anything else.

His city of Cincinnati, with its rich musical traditions, played a significant role in his creative evolution. By the time he was a teenager, Reid was playing drums in a band and honing his skills in front of limited audiences. Reid’s notoriety and persona were enhanced by his preference for costly clothing, prompting his friends to dub him “L.A.”

Four of Reid’s children were born from three separate partnerships. In 1979, his son Antonio Reid Jr. was born from a prior relationship. Reid wed Perri “Pebbles” Reid in 1989, and the couple produced a son, Aaron Alexander, before divorcing in 1996. In 2000, Reid married Erica Holton, and the couple has two children.

Reid is well-known for his charitable initiatives. He has worked with the City of Hope and the Robin Hood Foundation, and he also penned the song “Just Stand Up” for the 2008 television program “Stand Up To Cancer.” The music included Mariah Carey, Beyonce, Mary J. Blige, Rihanna, Fergie, Sheryl Crow, Miley Cyrus, Ashanti, Ciara, Leona Lewis, and Carrie Underwood, among others, and all record sales were given to Stand Up To Cancer.

L.A. Reid played drums for the group Pure Essence in the mid-1970s. The group The Deele, which produced several hit singles, brought him greater popular success. In The Deele, he performed alongside Kenneth “Babyface” Edmonds.

After The Deele disbanded, Babyface and Reid co-founded LaFace Records as a joint venture with Arista Records and with backing from Clive Davis, the founder of Arista Records. In the late 1990s and early 2000s, LaFace Records became one of the world’s most successful record labels. TLC sold 75 million records globally through LaFace recordings. Outkast sold twenty-five million albums. Toni Braxton and Usher, who were signed to the label at the age of 16, have sold 65 million records.

1996 saw the formation of the Hitco Publishing Group, a partnership between Reid and Windswept Music. He worked as president and chief executive officer of Atlanta, Georgia-based Hitco. Then, in May of 2000, Babyface and Reid sold the remaining fifty percent of LaFace Records to its parent firm, BMG. Thus, LaFace became an imprint of Arista Records, and Reid became president and chief executive officer of Arista Records. Avril Lavigne was one of the first unsigned musicians that Reid signed to Arista. This was a tremendous hit since six million copies of her debut album were sold in the United States. During this time, he also signed P! nk and Ciara, among others.

In 2004, following the merger between Sony and BMG, Reid was freed from his contract with Arista. In the same year, he moved to The Island Def Jam Music Group and became the chairman and chief executive officer. There, he assisted in the successful launch of the careers of several musicians, including Kanye West, Rihanna, and Justin Bieber, and assisted in the comebacks of Mariah Carey and Jennifer Lopez.

In May of 2011, he resigned from his position at Island Def Jam. Then, in July 2011, Reid became chairman and chief executive officer of Epic Records. During the same period, he served as a judge on the first two seasons of the U.S. edition of “The X Factor,” but he announced in December 2012 that he would not be returning for the third season, citing his desire to focus on his leadership at Epic.

Following his departure from “The X Factor,” one of Reid’s major achievements was the posthumous Michael Jackson album Xscape. The album features previously unheard recordings made by Jackson between 1983 and 1999. The album was released in May 2014 and featured record producers such as StarGate and Rodney Jerkins.

Together with Joel Selvin, Reid published his autobiography “Sing to Me: My Story of Making Music, Finding Magic and Searching for Who’s Next” in 2016. Reid’s resignation from Epic Records was announced in May 2017. This resignation was announced after Reid was accused of sexual harassment by a female coworker and further complaints followed.

Among his many achievements, he has won three Grammy Awards, received the Harvard University Alumni Award of Excellence in the media, and was honored alongside Babyface as a BMI Icon at the sixth annual BMI Urban Awards in 2006.

The BMI Urban Awards recognized L.A. Reid as an Icon in 2006. He has received three Grammys and the 2014 Harvard University Alumni Award for Excellence in the Media. He also received the BET Honors Business of Entertainment Award. He received the President’s Merit Award from the National Academy of Recording Arts and Sciences in 2013. He is the recipient of the 18 BMI Awards.

L.A. Reid is a music industry executive and producer. In 2022, he is valued at $300 million. The majority of people recognize him as the co-founder of Hitco Entertainment, Hitco Music Publishing, and LaFace Records alongside Kenneth “Babyface” Edmonds. For many years, he was also the CEO and chairman of corporations such as Epic Records and The Island Def Jam Music Group.

Who is LA Reid’s wife?

Who did LA Reid discover?

When 15-year-old Usher walked into Reid’s office, Reid dispatched him to New York to learn swagger from the “wildest party guy in the country,” Puffy. However, Reid had to gain his mother’s approval before sending Usher to Puffy. He discovered Alecia Moore, who was 17 years old and highly tattooed, singing with a girl ensemble.

What is L.A. Reid’s real name?

Bill Lamb has two decades of experience covering the world of entertainment and culture as a music and arts journalist. Antonio “L.A.” Reid was born in Cincinnati, Ohio on June 7, 1956. Because he was wearing a Los Angeles Dodgers t-shirt, a guitarist in his band gave him the nickname “L.A.”