Aside from lucrative endorsement deals with Nike, Walmart, and other prominent corporations, NBA great LeBron James also starred in Space Jam: A New Legacy alongside Bugs Bunny. The four-time NBA MVP has yet to make a billion-dollar leap, despite recent reports to the contrary.

As of this writing, LeBron James has made more than $1 billion over the course of his 18-year career, which includes roughly $400 million in salary and over $600 million in other income. James’ net worth is estimated by Forbes to be $850 million after taxes, spending, and investment returns.

In terms of salary, James is the NBA’s fifth-highest paid player thanks to his deal with the Lakers, but it’s his business acumen that truly distinguishes him. An estimated $65 million in endorsements, memorabilia, and appearances was made by James in the last year, a record for an active NBA player and $21 million more than the NBA’s No. 2 off-the-court earner, Kevin Durant. Nike, which signed a lifetime endorsement deal with James in 2016, is his most lucrative sponsor, providing him with tens of millions of dollars per year.

Aside from investing in high-end real estate and starting his own enterprises, James has taken those millions of dollars and put them to good use. One thing is certain: the 36-year-old is on course to become the second NBA player to become a billionaire before his 40th birthday in December 2024, following in the footsteps of Michael Jordan, who did it long after he retired. There was no response from James’ spokeswoman to Forbes’ calculations.

LeBron James was born in Akron, Ohio, on December 30, 1984. LeBron’s mother gave him a little basketball hoop and hoop when he was a baby, and he spent hours playing with it. It wasn’t long until LeBron was playing for his primary school’s basketball team, and he excelled right away.

LeBron attended St. Vincent-St. Mary High School, where he became the youngest individual ever to be named to the USA Today All-American first team as a sophomore.

He was voted the Gatorade National Player of the Year in his junior year. Around this period, he was also given the moniker “King James”. In spite of his youth, James was already gracing the covers of SLAM and Sports Illustrated. Everyone knew that LeBron James was going to be a superstar in the NBA.

In addition to his time with the Cavaliers, he was a member of the United States Olympic basketball team, where he helped the Americans earn bronze and gold medals at the Olympics in 2004 and 2008. LeBron James and the Miami Heat won NBA championships in 2012 and 2013. Both series’ MVPs selected him.

Only LeBron James’ salary accounted for more than $126 million of his total earnings during his first ten NBA seasons. In the same time span, LeBron earned an estimated $326 million in endorsements, estimates. That amounts to $452 million in earnings from his first ten years as a professional. LeBron James has agreed to a two-year contract deal with the Los Angeles Lakers worth $85 million. By the time his deal with the NBA expires in 2023, LeBron will have earned a total of $428 million in salary from the league.

Currently, LeBron has made somewhat more than $700 million from sponsorships and contracts over the course of his professional career (before taxes and expenses).

Companies such as Microsoft, Coca-Cola, and Dunkin’ Donuts are just a few of the many corporations that have partnered with LeBron in the past and in the present. Additionally, LeBron possessed a 1% stake in Beats by Dre in addition to his endorsement deal with that brand of headphones. He made $1 million in royalties as a spokesman. $30 million is LeBron’s share of the $3 billion sales. 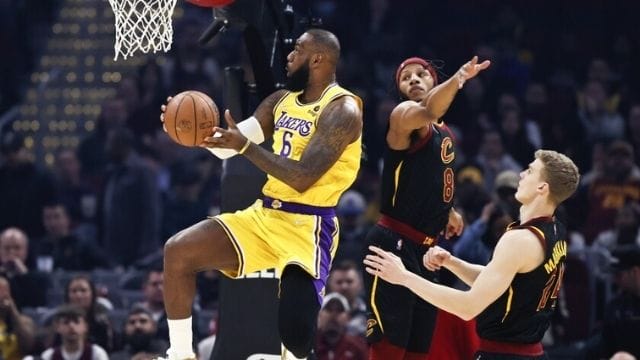 NBA star and entrepreneur LeBron James has a fortune estimated at $500 million. It wasn’t until LeBron blazed through the high school ranks that he was picked as the first overall pick in the NBA draught in 2003. Cavaliers fans may thank LeBron for his time there, which spanned from 2003 to 2010. At some point after that, he “took his talents to Miami,” playing for the Heat between 2010 and 2014. Two NBA titles, in 2012 and 2013, were won by him with the Heat. From 2014 to 2018, he was a member of the Cleveland Cavaliers, winning a championship in 2016. He joined the Los Angeles Lakers in 2018. With Los Angeles, he will win a championship in 2020.

In this writing, he is the NBA’s sixth-most paid player in terms of compensation. At $41.1 million a year, his base income is the most.

LeBron James is one of the world’s wealthiest and most powerful celebrities when he’s not playing basketball. He has a $1 billion lifetime contract with Nike, which brings in more than $50 million in endorsement income per year for him. Because of his reputation and fortune, he’s built an impressive portfolio of start-ups in which he’s made significant investments. An interest in Liverpool F.C. can be traced to him.

LeBron James will be a billionaire by the year 2035 if his earnings and investments continue at their current pace.

At the age of 18, LeBron signed his first Nike endorsement agreement. The contract stipulated a payment of $90 million over seven years or $12.8 million per year. To sign with Reebok, he was offered $115 million.

LeBron currently gets $20 million per year from Nike in salary and royalties for his signature shoe line.

LeBron James signed a lifetime endorsement agreement with Nike in December 2015, which could be worth more than $1 billion. It’s the first-lifetime contract Nike has ever provided, and it’s also the largest sale in the company’s history, according to reports.

As most people are aware, LeBron opted out of college and was drafted by the Cleveland Cavaliers as the first overall pick in the 2003 NBA draught. His initial contract had him making $18.8 million in four years, which was a substantial sum of money at the time. After signing a $60 million three-year agreement with the Cavs before the 2007-2008 season, his annual pay increased from $5.8 million to $13.0, 14.4, and eventually 15.8 for the 2009-2010 season.

“The Decision” was LeBron’s televised announcement prior to the 2011 season that he was leaving Cleveland for Miami. While he would be mocked for years because of the show’s arrogance, “The Decision” collected about $6 million for charitable causes anyway. Over the course of six years, LeBron was paid $110 million less than the market rate. He did this because he believed he and Chris Bosh and Dwyane Wade could win an NBA Championship in Miami. In fact, he made $1.2 million less in his first season with the Heat than he had in Miami.

Before the 2014-2015 season, LeBron James returned to Cleveland after spending the previous four seasons with the Miami Heat. For most of his time in Cleveland, LeBron made a point of signing one-year contracts in order to take advantage of the rising NBA pay cap and maximize his earnings in each succeeding season.

LeBron James signed a four-year, $153 million contract with the Los Angeles Lakers prior to the start of the 2018-2019 NBA season.

It was announced in November 2020 that LeBron James and the Los Angeles Lakers had agreed to a two-year agreement worth $85 million dollars. This equates to a yearly salary of $42.5 million in the NBA.

Read More:- What Is Kobe Bryants Net Worth? It’s a Dream Come True: He Reached It Before He Died

LeBron James purchased a 9,350-square-foot Brentwood mansion for $21 million in November 2015. At the time, it was the most money ever spent on a house in the area. This house had been on the market for almost 12 months when he finally decided to sell it for $19.6 million in September 2021. 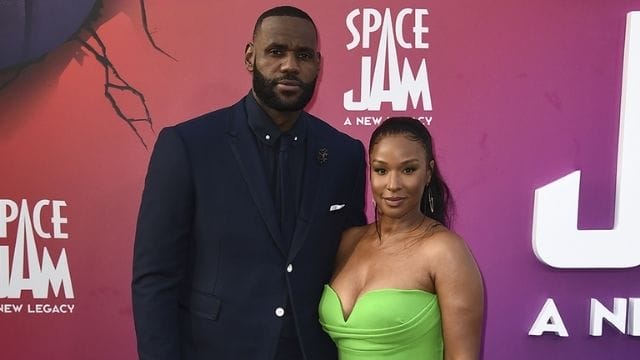 It was in November 2017 that LeBron James spent $23 million on a new Brentwood mansion.

When LeBron returns to Ohio, he owns one of the area’s most costly residences. Bath Township is the location. Ohio tax authorities estimate the value of LeBron’s custom-built mansion at $9.5 million. There are a total of 20 rooms in the 30,000 square foot house. When he was 18 and about to enter the NBA, he acquired the house in 2003.

Also Read:- What Is Michael Jordan’s Net Worth? Is He the Richest NBA Player Ever?

How much money does LeBron James have in the bank? LeBron James is a professional basketball player and businessman from the United States of America. It’s estimated that Lebron James will be worth $500 million by 2021.