Lightyear Release Date: Is Lightyear Going to Be a Movie?

There is little to say about Pixar that has not previously been stated. In 1995, the Disney-owned animation studio released Toy Story, its first CG-animated feature film. Not only did this film pave the path for additional CG-animated films, but it also paved the road for more incredible Pixar films such as Finding Nemo, The Incredibles, and Up. Pixar is distinguished from other CG animation firms by the fact that, in addition to being humorous and thrilling, their films frequently deal with serious topics and messages, making them worthwhile for both children and adults.

Even though Pixar has stated that they will take a break from sequels following the release of Toy Story 4 in 2019, this does not mean that they will not produce other types of films based on their existing IPs. Pete Doctor, a chief creative officer of Pixar, unveiled Lightyear, a feature-length origin narrative about the popular Toy Story character Buzz Lightyear, at the Disney Investor Day conference in 2020.

This article aims to answer questions you may have regarding Lightyear, such as when it will be released, where you may (perhaps) watch it, and who the voice actors are.

What About That Robot Cat?

If you have previously seen the trailer, you may have spotted a robot cat with a collar that reads “Sox.” Sox even shocks Buzz Lightyear into a karate stance, which may be a reference to his karate chop maneuver from the Toy Story films.

Because Lightyear is a Disney production, Sox could become an internet sensation similar to Grogu from The Mandalorian. 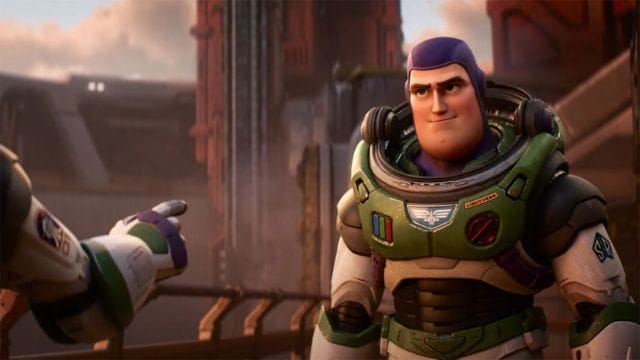 As this is a Buzz Lightyear film, many fans have wondered if the evil Emperor Zurg will make an appearance, and the answer is yes. Lightyear’s archenemy initially appeared in Toy Story 2 and was voiced by veteran Pixar animator Andrew Stanton.

When Is the Lightyear Release Date?

Three months after the previous Pixar feature, Turning Red, Lightyear will be released on June 17, 2022. As for whether or not Lightyear will receive a simultaneous release with Disney+, the success of Shang-Chi and the Legend of the Ten Rings at the box office has persuaded Disney to grant theater-only releases to several of their 2021 films and presumably everything after.

Lightyear is the first Pixar film to receive a regular theatrical release since Onward when Disney confirmed that Turning Red would become the third consecutive Pixar picture to premiere exclusively on Disney+ at no additional cost. It is currently unknown whether or when the film will be released on Disney+.

Who Is in the Lightyear Cast?

Chris Evans, aka Captain America, will lend his voice to the film’s title Space Ranger. Although Tim Allen portrayed Buzz Lightyear in the original four Toy Story films and most of its connected media, MacLane, who directed Allen in the 2011 Toy Story short film Small Fry and the 2013 television special Toy Story of Terror!, commented on the new casting:

In addition to Evans, Keke Palmer (Scream Queens), Dale Soules (Orange Is the New Black), and Taika Waititi (Jojo Rabbit) have been announced as voice actors for additional aspiring Star Command recruits. Uzo Aduba, James Brolin, Mary McDonald-Lewis, Efren Ramirez, Peter Sohn, and Isiah Whitlock Jr. all provide their voices. Check out this bonus segment in which the cast discusses what Buzz Lightyear means to them:

Blasting into theaters June 17, 2022, Lightyear is the definitive story of the original Buzz Lightyear. Voiced by @ChrisEvans, get ready to go to “infinity and beyond” with Lightyear. 🚀 👨‍🚀 pic.twitter.com/LdYXlN33sP

What Is the Story of Lightyear?

Watch the Trailer for Lightyear

On October 29, 2021, Disney published the first trailer for Lightyear, which showcases the film’s photorealistic animation as well as its futuristic settings and characters. Additionally, the legendary song “Starman” by David Bowie sets the tone for the majority of the trailer. This was followed by the release of a second trailer on February 8, 2022, a TV spot on March 28, and the newest trailer, which you can view here.

Where Is Lightyear Streaming?

Buzz Lightyear embarks on an interplanetary journey with a gang of ambitious recruits and his buddy robot. Streaming on Roku.