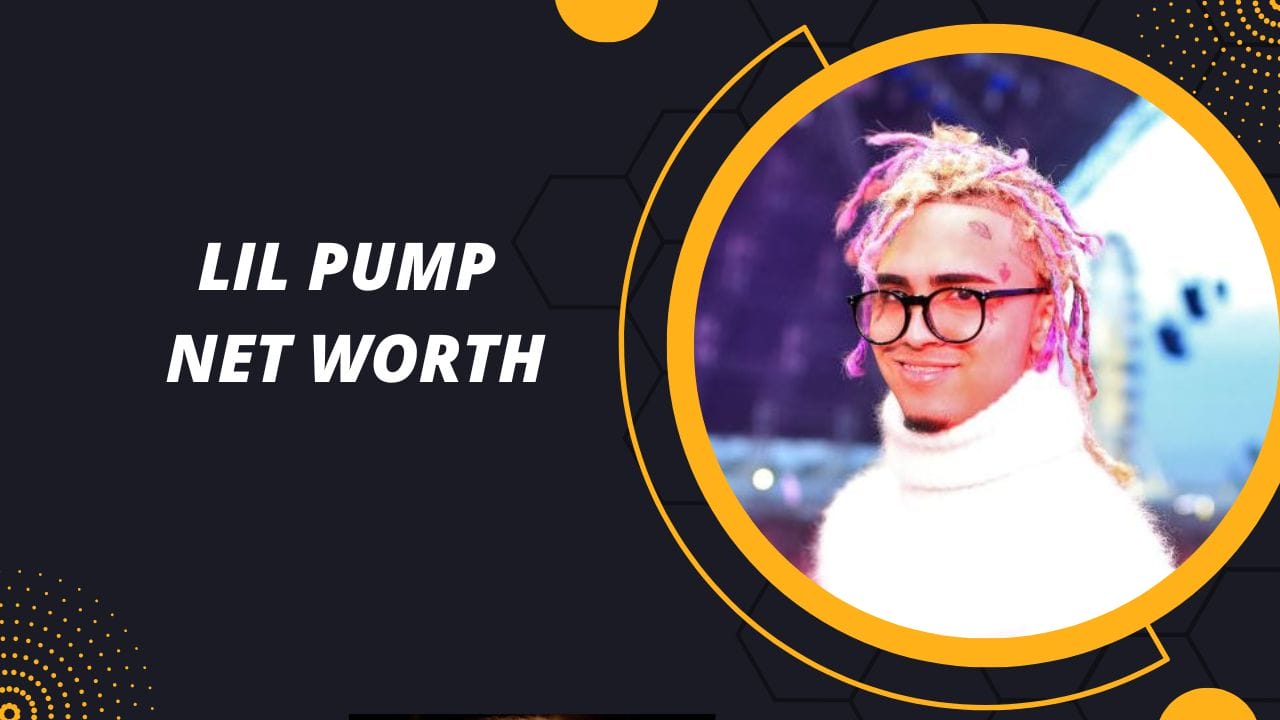 Lil Pump Net Worth: Does Lil Pump Have a Girlfriend? Is He Married?

Lil Pump’s net worth: American rapper and songwriter Lil Pump has an estimated net worth of $8 million. He is a notable figure in the SoundCloud rap scene. When he amassed millions of streams on Soundcloud, he gained widespread popularity. Lil Pump’s real name is Gazzy Garcia, but he is also known by the alias Trapper of the Century.

Lil Pump was born Gazzy Garcia on August 17, 2000, in Miami, Florida. Garcia’s Colombian parents separated when he was six years old. At the age of 13, Garcia’s cousin Lil Ominous introduced him to Omar Pineiro, also known as Smokepurpp, and the two began working together. Garcia enrolled in an alternative high school after expulsion from multiple school districts. However, in tenth grade, he was expelled for fighting and inciting a riot.

Lil Pump’s career began when Smokepurpp asked him to freestyle over a track he had produced. It was independently produced and released on SoundCloud in 2016 as his debut single titled “Lil Pump.” The following singles released by Garcia were “Elementary,” “Ignorant,” “Gang Shit,” and “Drum$tick.” Each of these songs attracted more than three million followers.

His immense SoundCloud success earned him recognition in the underground rap scene of South Florida, in a style known only as “SoundCloud rap.” In 2016, he participated in the No Jumper tour and the Rolling Loud Festival. In 2017, Garcia released the singles “D Rose” and “Boss,” which accumulated a total of 70 million streams on SoundCloud.

The popularity of “D Rose” prompted Cole Bennett, also known as Lyrical Lemonade, to produce a music video. The music video was uploaded to YouTube in January 2017 and had 145 million views by July 2018.

Two months before his 17th birthday, Pump signed a record deal with The Lights Global and Warner Records on June 9, 2017. However, his contract with Warner Bros. Records was voided in January 2018 because he was a minor at the time of recording. In July of 2017, Garcia announced via Twitter that his upcoming album would be released in August. However, it was delayed, and Lil Pump instead released “Gucci Gang,” which became his first entry on the Billboard Hot 100.

Pump and producer Carnage released “I Shyne” in January 2018. In March of 2018, he signed a new $8 million contract with Tha Lights Global and Warner Records. The following month, he issued “Esskeetit,” which debuted and peaked at No. 24 on the Billboard Hot 100. On May 24, 2018, he performed the single on “The Tonight Show with Jimmy Fallon.” During the summer of 2013, Lil Pump released the single “Drug Addicts” along with a music video starring Oscar-winning actor Charlie Sheen.

As of September 2018, Pump had more than 11 million YouTube subscribers and just under 2 billion YouTube views. Additionally, he has had over 1 billion streams on Spotify. On September 22, 2018, his collaboration with Kanye West, “I Love It,” debuted at number one on the streaming songs chart. The song climbed directly to the top of the Canadian Hot 100 with 46 million streams in its first week alone.

In August 2018, he announced a tour to promote his unreleased album “Harvard Dropout,” but a month later, the tour was cancelled due to “unforeseen circumstances.” In October 2018, Lil Pump released the single “Multi Millionaire” with Lil Uzi Vert. In February of 2019, Garcia released “Be Like Me,” a song featuring Lil Wayne, along with a music video. Garcia performed the song on Jimmy Kimmel Live! on February 25, 2019. He released his second studio album, “Harvard Dropout,” on February 22, 2019. Kayne West, Lil Wayne, Smokepurpp, Lil Uzi Vert, 2 Chainz, Offset, Quavo, and YG are featured on this album.

“Life Like Me” was released by Pump on SoundCloud on September 16.

Garcia has stated on social media that he cannot read due to his dyslexia.

In February of 2018, Pump was arrested for discharging a firearm in a populated area. According to his manager, three men attempted to break into his home in the San Fernando Valley before opening fire on the front door. The police then determined that the bullet may have originated from within the residence and returned with a search warrant, subsequently discovering an unloaded handgun below the balcony and ammunition elsewhere in the residence.

The mother of Garcia was then investigated for endangering a child and having an unlocked firearm in the residence.

After a few months, Garcia was arrested in Miami for driving without a licence. Garcia’s manager announced in October 2018 that the rapper had served a prison term for a parole violation about the incident, but did not provide any additional information.

Following a performance in Vega, Garcia was arrested in Copenhagen for possession of marijuana in December of the same year. A $700 fine and a two-year ban on entering the country were imposed on him.

Lil Pump signed a recording contract with Warner Brothers in March 2018 that included an $8 million advance. The contract pays the rapper $9,000 for the first year, $12,000 for the second year, and $15,000 for the third through seventh years. These numbers are correct. In addition, he was awarded a 14% share of his royalties in the United States, which is significantly higher than the norm. Additionally, in certain sales formats, the rapper will receive 66% of his royalties.

To clarify, an $8 million advance means that Pump cannot earn additional income until the advance is repaid. And if the money is not repaid for whatever reason, it will be extremely difficult to secure another transaction.

Lil Pump is known for his unique style, which has been described as unpredictable and eccentric, with his blonde and pink dreadlocks and brightly coloured clothing. His natural eye colour is dark brown, and his hair colour is also dark brown. He is 5ft 7ins (1.71m) tall and weighs approximately 63 kilogrammes (143 pounds), according to reports (65kgs). He has numerous tattoos all over his body, including on his face and neck.

Lil Pump has been involved in several legal issues and was eventually arrested in early 2018 for firing a gun when three men attempted to break into his San Fernando Valley home.

He was arrested again later that year, this time in Miami. driving without a valid licence. A month later, he appeared as a guest on “Saturday Night Live,” despite his manager’s assertion that he had already served his sentence. Moreover, he was arrested twice more in December of 2018 alone.

Does Lil Pump Have a Girlfriend? Is He Married?

Lil Pump does not have a girlfriend and is not married, but he has expressed his desire to date iCarly star Miranda Cosgrove, who is seven years his senior.

After her fans begged her to give him a chance, she even went on a date with the rapper. It is also interesting that Lil Pump’s only two Instagram followers are Miranda and Harvard University.

Despite having dyslexia and being able to read, a Pump is a music-making machine that produces songs faster than even his label can keep up. Most recently, he collaborated with Anuel AA on the song “Illuminati,” which has garnered 28 million views in less than a month after being uploaded. Although many people believe that mumble rap is just a fad, it shows no signs of fading away soon.

Dave Francos Net Worth 2022: Eight Times, He Has Been on “Funny or Dies