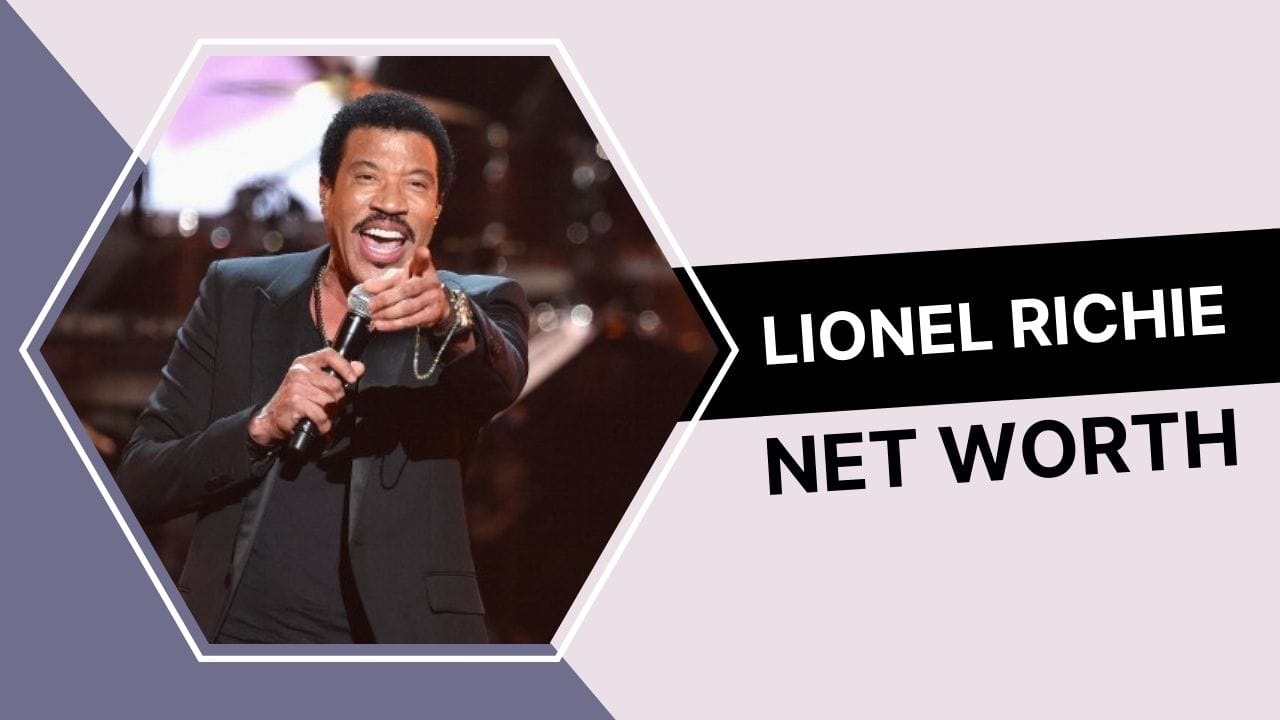 American singer-songwriter Lionel Richie has an estimated net worth of $200 million. Lionel Richie is an exceptionally talented musician and producer who rose to prominence with The Commodores. Additionally, he had a very successful solo career.

Lionel Brockman Richie Jr. was born in Tuskegee, Alabama on June 20, 1949. He grew up on the Tuskegee Institute campus. He was a star tennis player at Joliet Township High School in Joliet, Illinois, where he graduated. On a tennis scholarship, he attended Tuskegee Institute and finished with a Bachelor of Science in economics.

Richie formed many R&B groups while attending Tuskegee University in the mid-1960s. Richie attended graduate school at Auburn University for a brief time.

On October 18, 1975, Richie married his college girlfriend, Brenda Harvey. They adopted Nicole Camille Escovedo, the two-year-old daughter of Sheila E’s niece and a member of Lionel Richie’s band. At the age of nine, Richie made the adoption official.

In 1986, Richie began a relationship with Diane Alexander. He continued to be married to Brenda Harvey. After 18 years of marriage, Richie and Harvey divorced in 1993. Richie married Alexander in December 1995. They have a daughter, Sofia, and a son, Miles. The couple divorced in 2004.

In 2008, Richie became a grandfather when Nicole Richie gave birth to a daughter with her husband, the lead singer of the band Good Charlotte, Joel Madden. In 2009, Nicole and Joel had Richie’s second grandchild.

Richie joined the Commodores in 1968 as a singer and saxophonist. In 1968, the quartet inked a one-record deal with Atlantic Records before switching to Motown Records. The songs “Brick House,” “Machine Gun,” “Easy,” and “Three Times a Lady” helped the Commodores become a popular R&B group.

Richie began creating songs for commission for other musicians in the late 1970s. 1980’s top-charting single “Lady” was written by him for Kenny Rogers. In 1981, Richie did a duet with Diana Ross for the movie “Endless Love’s” title song. It was one of Motown’s biggest songs and an Academy Award nominee. Richie was inspired by his achievement to pursue a solo career.

Richie’s 1982 debut solo album, “Lionel Richie,” featured three major singles: “Truly,” “You Are,” and “My Love.” It was stylistically comparable to the music of the Commodores.

The album peaked at number three and sold over four million copies. “Can’t Slow Down” was released in 1983 and sold twice as many albums as “Lionel Richie.” Additionally, “Can’t Slow Down” won two Grammys, including Album of the Year. Richie performed the album’s breakthrough track, “All Night Long,” at the closing ceremony of the 1984 Summer Olympics in Los Angeles.

Richie’s 1980s chart-topping singles included “Hello,” “Stuck on You,” “Running with the Night,” and “Penny Lover.” He composed and recorded the song “Endless Love” for the 1981 film of the same name. 1982 Academy Award nomination for Best Original Song; a duet with Diana Ross.

“Say You, Say Me” was written and sung by him for the 1985 film “White Nights.” The song won the Academy Award for Best Original Song and topped the Billboard Hot 100 for four weeks. Richie also teamed with Michael Jackson on “We Are The World.” 1986’s “Dancing on the Ceiling” album produced five Top 20 singles, including “Say You, Say Me,” “Dancing on the Ceiling,” “Love Will Conquer All,” “Ballerina Girl,” and “Sela.”

In recent years, Richie has achieved tremendous success and gained widespread popularity in a lot of Arab countries. He has performed in Egypt, Libya, the United Arab Emirates, and Morocco.

To date, Lionel Richie has received 17 honors and 37 nominations, including, among others, one Academy Award, four Grammy Awards, nine American Music Awards, one BET Award, and one Golden Globe Award.

In 2016, Richie was awarded the Johnny Mercer Award by the Songwriters Hall of Fame. In 2022, he was inducted into the Black Music and Entertainment Walk of Fame, and he will be awarded the Gershwin Prize for Popular Song by the Library of Congress. He is also a Rock and Roll Hall of Fame nominee.

Richie sang at the Soirée Bouquet and raised $3.1 million for the Breast Cancer Research Foundation, in 2003. Richie told the crowd of his grandmother, who was diagnosed with breast cancer in her 80s and lived to be 103. He described her as his enduring symbol of hope and the driving force behind his decision to become a breast cancer campaigner.

The predicted net worth of Lionel Richie in 2022 is $200 million. This is largely due to his extensive discography spanning decades.

2012 marked the release of his most recent album, “Tuskegee,” which became his third No. 1 album on the Billboard 200 charts.

In addition, Lionel Richie shattered his record with this album, which is his first to sell over a million copies in the United States since “Dancing on the Ceiling” in 1986.

Richie also earns a substantial income as a judge on American Idol. According to industry sources, the winner of the Gershwin Award receives a staggering $10 million per season. Lionel has stood on the prestigious “Idol” bench for a total of four seasons, beginning with Season 16 and finishing with Season 19.

In 2019, Lionel Richie reportedly earned $10 million as a judge on the first season of “American Idol.”

What Is Lionel Richie’s Most Famous Song?

Richie’s most successful solo single was “All Night Long (All Night).” It was released in 1983 and is the ideal blend of soft rock and R&B soul from the 1980s.

The dulcet tones of Lionel Richie have adorned the radio frequencies of millions of soul and R&B music stations worldwide.

Richie is regarded as one of the most successful singer-songwriters of the 20th century, with the majority of his songs reaching the top of the most influential music charts.