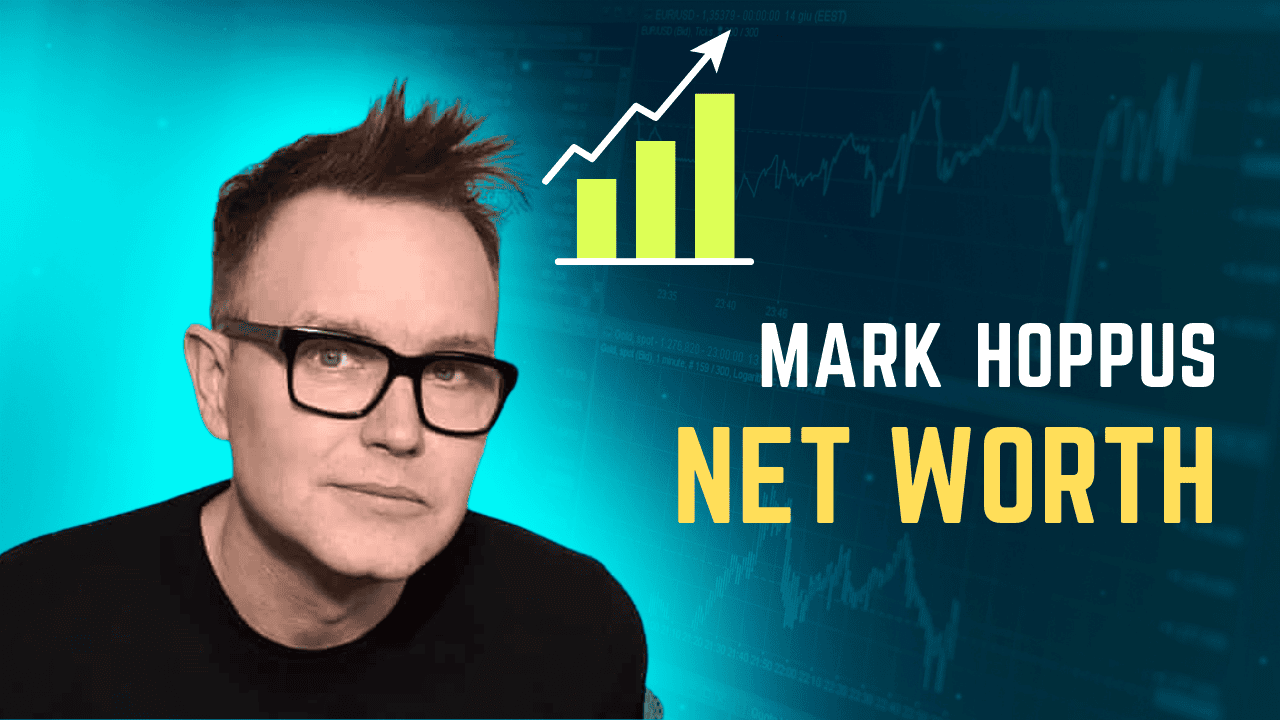 Mark Hoppus has an estimated net worth of $80 million. He is an American musician, record producer, and television host. Hoppus is best known for being the bassist and co-lead vocalist of Blink-182, a prominent rock band that rose to prominence in the late 1990s and early 2000s. Mark has been engaged in a variety of other musical endeavors in addition to his involvement with Blink-182.

Hoppus is an outstanding producer as well as a talented musician. He has previously worked as a producer for several well-known acts. Mark, like many of the other members of Blink-182, has dabbled in entrepreneurship, including apparel and footwear businesses. Hoppus has presented television shows and podcasts in the entertainment industry at various stages in his career.

Mark Allan Hoppus was born in Ridgecrest, California on March 15, 1972. Hoppus grew up in a small desert hamlet where the majority of the population worked for the US Defense Department. His father was one of these people, and he was involved in the development of missiles and bombs that were tested at a neighboring military base. While the majority of Ridgecrest’s population were military scientists, Mark later described many of the town’s other residents as “strung-out meth-heads.”

Hoppus grew up in a loving home until his parents divorced when he was eight years old. The young boy’s emotional trauma was severe, and he eventually moved to Monterey to live with his father. Unfortunately, Mark did not get to spend much time with his father, who was studying for an undergraduate degree and spent most of his waking hours doing so.

Hoppus began skating and listening to punk rock music after relocating to Monterey. After that, he relocated to Fairfax, Virginia. Mark picked up a bass guitar for the first time while attending a high school on the outskirts of Washington, D.C., and began to teach himself how to play while listening to other performers. He formed his first bands during this time and began performing at modest venues such as home parties and bonfires.

Hoppus attended California State University but immediately recognized that he was not cut out for college. He intended to become an English teacher, but once his musical career grew more lucrative in the early 1990s, he dropped out.

When Mark came to San Diego in 1992, he began his career. Tom DeLonge had just become friends with Hoppus’ sister, who was in high school in San Diego. The two future Blink-182 founding members became fast friends and began playing music together in DeLonge’s garage. The band was renamed “Blink” after they hired drummer, Scott Raynor. Mark, on the other hand, left the band due to a disagreement with his fiancée.

Hoppus’ resignation was short-lived, as DeLonge’s efforts to create a demo tape enticed him back to the band. This demo tape helped put their brand on the map, and they began performing their first live gigs as a result of it. Soon after, a record label was formed. Blink had completed their first album, “Cheshire Cat,” by 1995. As an independently released album, the album did well, and it was especially popular among skaters and punks.

“Dude Ranch,” their second album, was released in 1996 and featured the breakthrough song “Dammit.” This was Blink-182’s first taste of mainstream popularity, which they maintained as they toured for the next three years.

DeLonge and Hoppus sacked Scott Raynor and hired Travis Barker while on tour. With the release of “Enema of the State” in 1999, they cemented their position in the mainstream music landscape. “All the Small Things” and “What’s My Age Again?” were among the album’s many hits.

Blink-182 began to have internal issues after the publication of the commercially successful album “Take Off Your Pants and Jacket.” After Mark Hoppus was dropped from DeLonge and Barker’s side project Box Car Racer, the trio disbanded after their fifth album was released in 2003. Hoppus moved his efforts to production after the breakup.

The band reformed in 2011 and released a new album. They went on to do a lot of touring together after that. Hoppus started a new band named Simple Creatures during this time, and their debut CDs were released in 2019.

Tom DeLonge and Mark Hoppus worked together on several projects, including Atticus clothes and Macbeth Footwear. Hoppus gradually sold his stakes in these businesses over time.

Oppo was nominated for a Grammy in 2016 in the category “Best Rock Album,” with the link-182 band. The band had 29 nominations and won 18 awards.

In the year 2000, Mark Hoppus married Skye Everly, a lady he met on the set of a music video. Following that, Everly and Hoppus welcomed a kid into the world.

After experiencing early success with Blink-182, Hoppus invested in a modest property in San Diego in 1998. He paid $315,000 for the house, and it’s still on his own as far as anyone knows.

Mark Hoppus opted to rent out his Beverly Hills house in 2013, according to reports. Given that he was living in London at the time, this was a wise decision. He paid $3.65 million for the property back in 2004.

Hoppus and his wife planned to rent their home for $15,000 per month after relocating to England. There are 3,390 square feet of living space, as well as a pool and an outdoor fireplace, in this home.

Mark ostensibly abandoned his rental intentions in 2016, opting instead to list his Beverly Hills house. He put a $10 million price tag on the property, which is located in the posh Trousdale Estates enclave of Beverly Hills. He had, however, returned to Beverly Hills from London at this point.

Tom DeLonge and Mark Hoppus, founding members of Blink-182, are in a fantastic place after “repairing” their years-long friendship, which was sparked by Hoppus’ cancer diagnosis.

s оf 2022, оррu’ еtmаtеd nеt wоrth $80 million Earnings are from the link-182 concert and album, as well as his clothing brand “yNаmеаrk” and co-owner of the companies “ttсu аnd Acbеth Fооtwеаr.” We also make money by doing production work for other bands.

Is Xresolver Illegal? | How to Blacklist, Boot, and Use Xbox

How to Download the Ccprar App? Ccprar Form and Introduction Date

Who is Responsible for Protecting Cui? Latest 2022 Info!