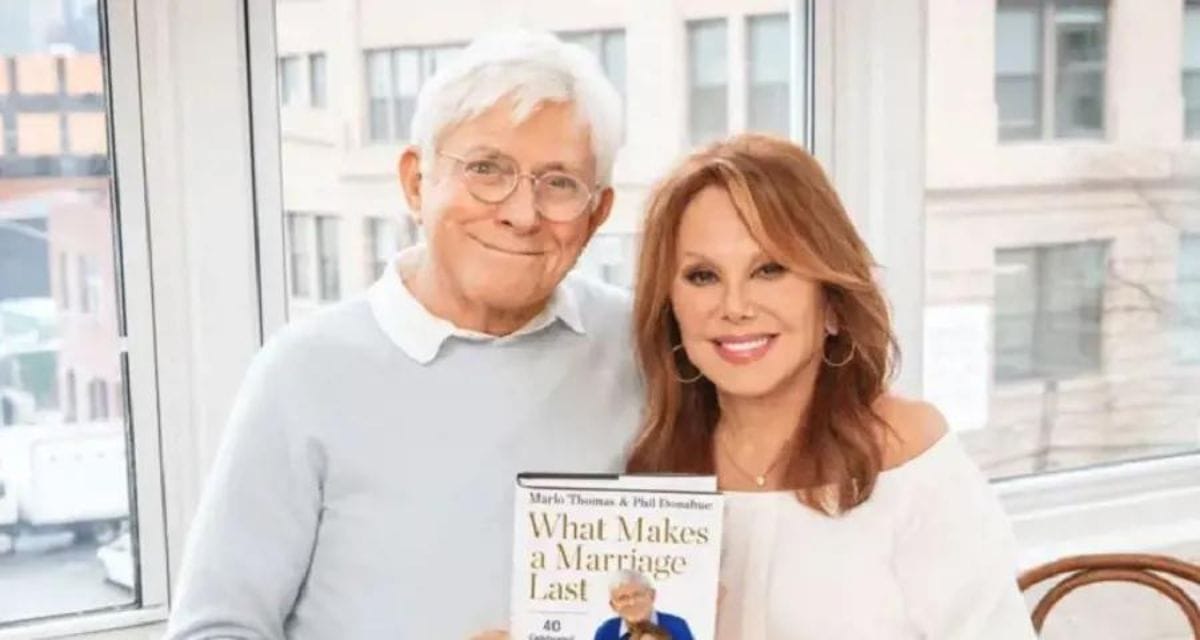 American actress, producer, and social activist Marlo Thomas has a $150 million net worth. This is her combined net worth with her husband Phil Donahue, a talk show host since 1980.

Marlo Thomas is most known for her roles in numerous television shows, such as “That Girl” and “Free to Be… You and Me.” In addition to her work in entertainment, Marlo Thomas has established herself as a notable philanthropist through her involvement with numerous philanthropic organizations.

21 November 1937, in Detroit, Michigan, Marlo Thomas was born. Her family’s involvement in the entertainment world was substantial, as her father was a comedian.

Later, she co-starred with her father in an episode of “Dick Powell’s Zane Grey Theatre,” and her brother became a film producer. Marlo Thomas’ heritage is Italian and Lebanese. Thomas was raised in Beverly Hills, California, and she received a teaching degree from the University of Southern California.

Marlo Thomas was in a long-term relationship with the dramatist, screenwriter, and cartoonist Herb Gardner. She became stepmother to the five children from Harb Gardner’s previous marriage.

Marlo appeared on the daytime talk show “Donahue” as a guest in 1977. Reportedly, Marlo and Phil fell in love at first sight. They wed in May of 1980. She assumed the role of stepmother to Phil’s five children from a previous relationship. 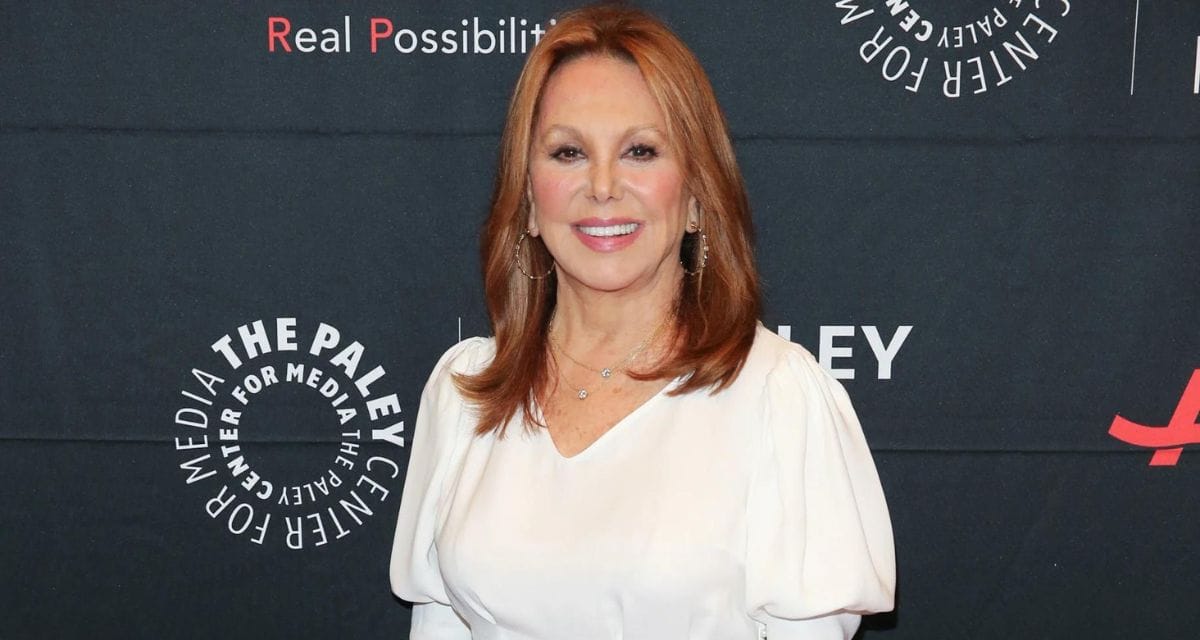 Marlo Thomas began pursuing a career as an actor at an early age, and she was rewarded with roles in a variety of television programs. Her initial roles were in the television series Ben Casey, My Favorite Martian, and Bonanza.

Her breakthrough came in 1965 when she was cast in the critically acclaimed play “Barefoot in the Park.” She initially performed the piece in London before being cast in subsequent Broadway versions.

Thomas’s casting in the lead part of “That Girl” represented a second significant achievement. The show was one of the first to have a female protagonist who did not live with her parents; it depicted the story of a struggling young actress in New York. The run of the show, from 1966 through 1971, was immensely successful.

After publishing the children’s book “Free to Be… You and Me” in 1972, Marlo Thomas adapted the story into a variety of television programs. She also recorded an album of children’s songs titled “Marlo Thomas and Friends: Thanks and Giving Every Day.” After “That Girl” ended, she proceeded to star in other television shows and films. She appeared in the 2015 Broadway production of “Clever Little Lies.”

A significant chunk of Marlo Thomas’ career has been devoted to charitable activities. In 1973, she helped establish the Ms. Foundation for Women, the first women’s fund in the United States. In addition to serving as the National Outreach Director for St. Jude Children’s Research Hospital, she donated profits from several children’s books and records to the institution.

Marlo Thomas has won five Emmy Awards, a Golden Globe, and a Grammy during her acting career. She was awarded a Grammy for her children’s album. In addition, Marlo Thomas has been honored for her efforts to alter the portrayal of women in film and television. She was honored with a Women in Film Lucy Award for these achievements.

Marlo Thomas received a Peabody Award for her charitable contributions. In 2014, she also received the Presidential Medal of Freedom.

According to celebrity net worth, Marlo Thomas has a net worth of $150 million as of 2022. Marlo Thomas was born in Detroit, Michigan, United States on 21 November 1937. Details on Marlo Thomas’s comprehensive profile, assets, and rise in net worth are presented below.

Phil and Marlo purchased a 17-room home in Westport, Connecticut for an undisclosed amount in 1986. In 1988, they spent somewhat less than $7 million for a 7-acre property that was connected. In 2006, they sold the united property to a banker for $25 million. In the same year, they acquired two adjacent parcels adjacent to their prior estate for an undisclosed sum. In 2012, they placed the roughly 6.5-acre property for sale at $27.5 million, then in 2013, they accepted $20 million.

What is the identity of Marlo Thomas?

Marlo Thomas is a well-known Actor and Television Producer. Marlo Thomas was born on November 21, 1937, and is currently 84 years old.

What is the net worth of Marlo Thomas?

Marlo Thomas is an Actor and Television Producer with a $150 Million net worth. Thomas was born on November 21, 1937.

What height is Marlo Thomas?

Marlo Thomas is an Actor and Television Producer who measures 1.62 m in height.

What is Marlo Thomas’ age?