By Spencer Dugan Last updated Apr 23, 2022 0
Moon Knight Episode 4 is causing quite a stir on the internet, and it’s understandable why. Steven Grant (Oscar Isaac) and Layla El-Faouly (May Calamawy) were dragged into Ammit’s tomb in the latest season of the Marvel programme, leading in another showdown between the duo and Arthur Harrow (Ethan Hawke).
This resulted in some unexpected developments for both protagonists. And fans are still reeling from the conclusion of the fourth chapter. When will Moon Knight Episode 5 be released?

When Does ‘Moon Knight’ Come Out on Disney+? Episode 5 Release Date and Time

After Moon Knight Episode 4’s unexpected conclusion, fans are naturally eager to get their hands on episode 5. So, when will new Marvel episodes premiere on Disney+? They are released weekly on Wednesdays, with the fifth instalment scheduled for April 27. It should arrive at approximately 12:01 a.m. PST, or 3:01 a.m. EST, on the platform.

It’s hard to believe, but fans will only have the series finale remaining after next week’s broadcast. It appears as though there is still so much more to tell about Marc Spector and Steven Grant. Hopefully, the Disney+ show will allow for their return – whether in a second season or another Marvel production. 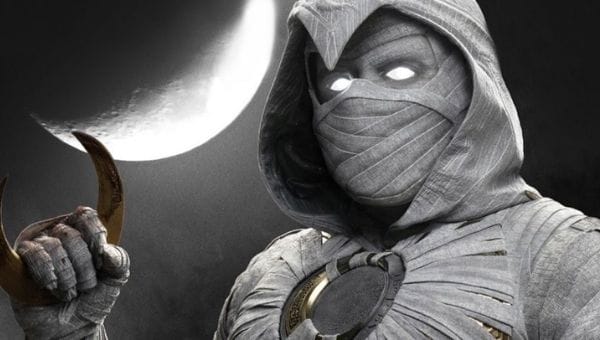 Marvel Studios has been extremely tight-lipped on Moon Knight’s cast and story, but we do have the core cast and some of the names we’re meant to call them below.

Moon Knight Episode 4 picks up immediately after Khonshu’s (F. Murray Abraham) incarceration — a development that impacts the episode, even if it is only mentioned in passing at the start. Fans get a sight of the Egyptian moon deity imprisoned in an ushabti just before Steven and Layla return to “The Tomb.”

Steven, despite Marc’s protests, maintains his hold on their body as he and Layla make their way to Alexander the Great’s tomb. The two hope to apprehend Arthur Harrow by first locating Ammit’s ushabti. Despite their considerable knowledge, they struggle to defeat the beasts in the tomb and Arthur himself.

They are both more vulnerable without Khonshu. And even Marc, without the outfit, has no chance against Harrow. The fact that the show’s antagonist shoots him in the chest midway through “The Tomb” emphasises this point.

Following Marc’s shooting, the episode takes a turn, with the show’s protagonist waking up in a psychiatric facility. Although it is unknown whether this is genuinely happening, all of the primary characters appear in this bizarre new reality. Marc and the audience are left wondering whether Marc dreamed it all.

Whatever transpires, “The Tomb” concludes with Marc fleeing a psychiatrist’s version of Harrow and discovering Steven imprisoned in a tomb. The two make a promise to each other that they will make it out of the hospital together. However, the episode finishes with them unearthing a third sarcophagus — and stumbling into a hippo goddess unexpectedly. 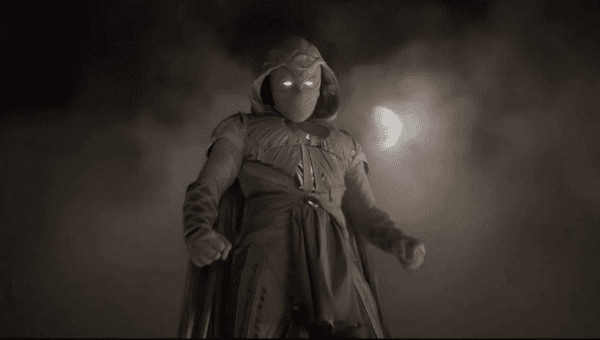 Marvel has not yet provided a preview, title for Moon Knight Episode 5, or summary for the episode. However, based on the previous instalment, fans can make educated guesses about what’s to come.

“The Tomb” concluded with Marc and Steven attempting to escape the psychiatric facility in which they are temporarily housed. The two encountered a hippo goddess on their way, and the fifth book will need to explain that interaction. Could they both be dead, with the hippo goddess appearing to bring them back to life? That is exactly what happened to Marc earlier, so it would not be entirely unexpected.

With the appearance of the third sarcophagus, many are speculating whether Marc and Steven would unearth a third identity — especially, Marvel Comics’ Jake Lockley.

There are numerous unanswered questions, not to mention Layla’s current dilemma. She is stuck in Ammit’s tomb with Arthur, putting her in a perilous situation without assistance. Hopefully, she can deter him long enough for Marc and Steven to find a way to her. 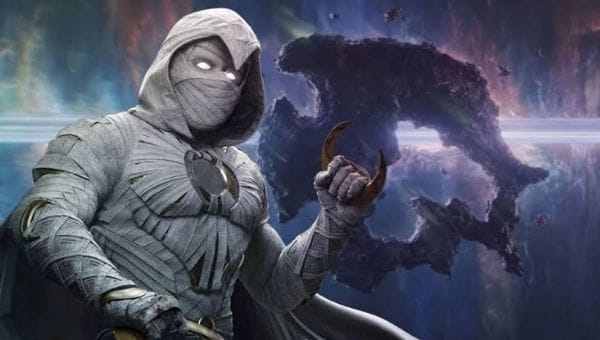 How to Watch Moon Knight Episode 4 on Disney Plus

Whatever your mood is today, it’s simple to watch Moon Night. Moon Knight episode 4 premieres on Disney Plus on Wednesday (April 20) at 3 a.m. ET.

It is the sixth Marvel Studios series to air directly on Disney Plus, following WandaVision, The Falcon and The Winter Soldier, Loki, Hawkeye, and What If…?

Disney Plus does not have a large number of entries on our list of new movies and shows to watch in April, so it may feel like a month of “Moon Knight or nothing.”

Disney Plus provides you access to the entire Disney vault, which includes classics such as Frozen, The Little Mermaid, and Beauty and the Beast, as well as contemporary releases such as The Mandalorian, Loki, and more. The $13.99 combo, which includes Hulu and ESPN Plus, offers the best value.

How to Watch Moon Knight Internationally

Mike Tyson Net Worth: How Much Is Mike Tyson Worth Right Now?