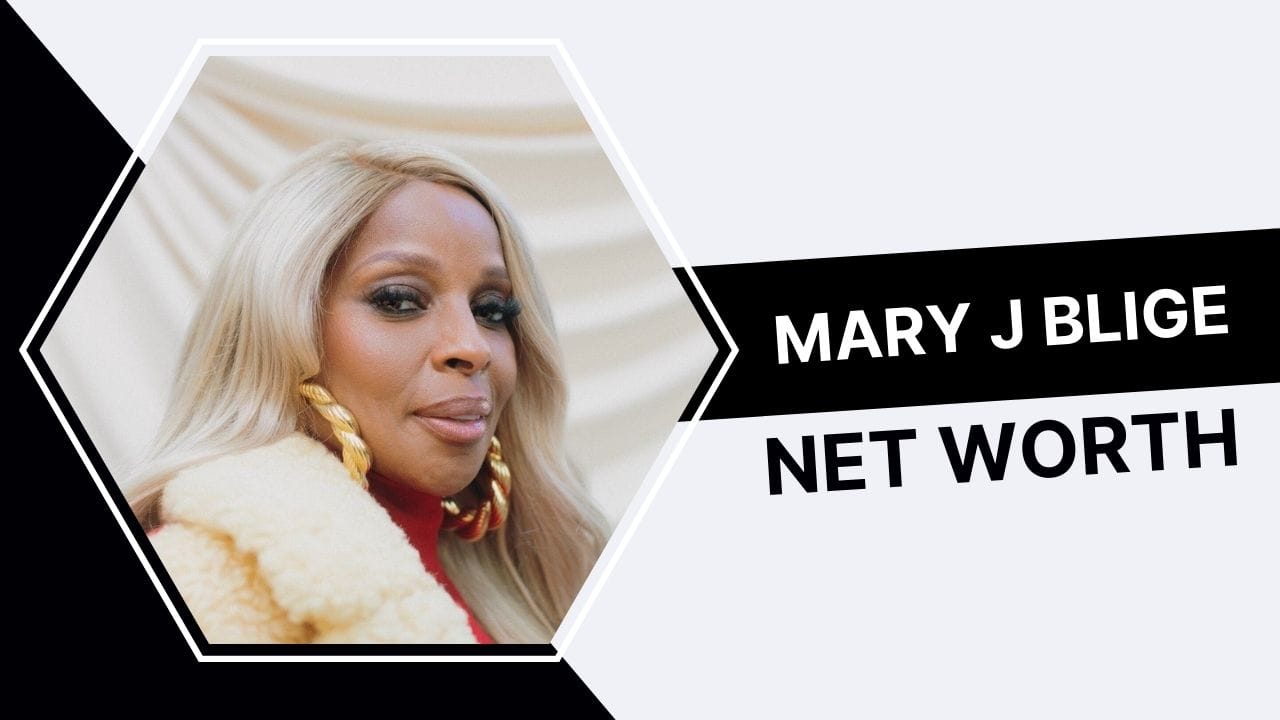 Mary J Blige Net Worth: What Is the Salary of Mary J. Blige?

American singer, songwriter, and producer Mary J Blige has a net worth of $20 million. In 2012, she was named number nine on VH1’s list of the “100 Greatest Women in Music.” She is widely regarded as an icon in the global music industry and popular culture.

Mary Jane Blige was born on January 11, 1971, in The Bronx, New York. She was raised in Savannah, Georgia until the age of seven when her family relocated to the Schlobohm Housing Projects in Yonkers, New York. Her mother worked as a nurse, while her father played jazz music. There are two siblings in her family. In the mid-1970s, Blige’s father, a Vietnam War veteran with post-traumatic stress disorder, abandoned the family.

From 2003 to 2018, Blige was married to her former manager Martin Isaacs. According to divorce documents, Blige earns approximately $300,000 each month.

Blige began pursuing a career in music after dropping out of high school in her junior year. She was briefly a member of the Yonkers band Pride, with whom she recorded a cover of Anita Baker’s “Caught Up in the Rapture.” The boyfriend of her mother at the time played the cassette of her cover song for Jeff Redd, a recording artist and A&R runner for Uptown Records, who then submitted it to the label’s CEO, Andre Harrell. When Blige was signed to the label in 1989 as a background vocalist, she was the company’s youngest and first female artist.

Blige began collaborating with record producer Sean Combs (a.k.a. P Diddy or Puff Daddy) during her time at Uptown, and he produced her debut album “What’s the 411?” (July 1992). The album peaked at number six on the Billboard 200 chart, featuring a blend of traditional R&B sounds with the gospel- and blues-influenced vocals.

Her second album, “My Life,” cemented her status as a celebrity, as it debuted at number two on the US Billboard 200 and number one on the Top R&B/Hip-Hop Albums chart. It landed on Time’s list of the “100 Greatest Albums of All Time” in 2006 and is frequently regarded as Blige’s best work.

Her subsequent album releases include “Share My World” (1997), which features collaborations with Nas, Lil’ Kim, and George Benson; “Mary” (1999), which featured a more earthy and adult contemporary sound as opposed to her signature hip-hop style; “Ballads” (2000), a compilation album with covers by Stevie Wonder and Aretha Franklin that was released only in Japan; and “No More Drama” (2001) and its re-release, which earned Blige her second Grammy

Blige has also had a great acting career in addition to her immensely successful music career. In 1998, she made her acting debut on “The Jamie Foxx Show” as the preacher’s daughter, followed by a leading role in the independent film “Prison Song” in 2001. In 2004, she appeared in the Off-Broadway production “The Exonerated,” which chronicled the experiences of death row convicts. Other acting projects include “Ghost Whisperer” in the February 2007 episode “Mean Ghost,” guest-starring as herself in an episode of “Entourage” in August 2007, an appearance on “30 Rock” in May 2009, a supporting role in the Tyler Perry film “I Can Do Bad All by Myself” (September 2009), and a guest appearance on the ABC drama “How to Get Away with Murder” in October 2016.

Mary J. Blige is a well-known American celebrity who is known for her singing and acting abilities. She is a remarkable singer, songwriter, and actor who has accomplished a great deal. In 1988, she made her debut as a singer and songwriter with a Yonkers band. She spent some time with the band before releasing her debut album, What’s The 411? in 1992.

The album was released by Uptown Records. In 1993, she released the album’s remix, which was a huge success. Her later work, My Life (1994), was likewise a huge success. Mary’s first two albums were included in the Rolling Stones’ list of the 500 greatest songs of all time. Mary Jane has received various honors and awards throughout her career. She has received numerous Grammy awards, an Academy Award, a Billboard music award, and many others.

In 2004, Blige founded her record label, Matriarch Records, which was distributed by Interscope. In July 2010, she debuted the fragrance “My Life” on the Home Shopping Network, shattering sales records by selling 65,000 bottles in its debut. In addition, she has supported Reebok, Air Jordan, Pepsi, Coca-Cola, Gap, Target, American Express, AT&T, MAC, Apple, Burger King, and Chevrolet.

In terms of her education, Mary J. Blige does not have many fond memories. Because of her alcohol and drug addiction, she had an extremely tough upbringing. She was expelled from Roosevelt High School, after which she began a singing career. There is less information regarding her education.

Mary J. Blige has encountered several financial difficulties throughout the years. As of May 2013, she owes $3.4 million to the IRS. She also owed $900,000 to the state of New Jersey, and a lawsuit alleged she owed $2.2 million for outstanding bank debt. On May 25, 2014, it was discovered that Blige had paid off her $900,000 debt to New Jersey, but that she still owed the IRS at least $3.4 million.

Mary j. Blige is a remarkable woman whose accomplishments are just astounding. She has accomplished about all that one could possibly dream of. Blige’s debut album was launched in 1992, and since then she has released numerous albums, songs, and singles, which has made her a legend. Her net worth of $22 million is fairly respectable. She has also appeared in films and shows.

What Is the Salary of Mary J. Blige?

Mary J. Blige is a remarkable individual who has accomplished extraordinary things throughout her career. She has accomplished significant career milestones, including various distinctions and individual awards. Her albums and songs are admitted into the hall of fame and ranked among the greatest of all time by the Rolling Stones.

She is an icon and an inspiration to many. Despite having a horrible upbringing, she was able to escape from hell. She is a genuine warrior whose accomplishments are just remarkable.