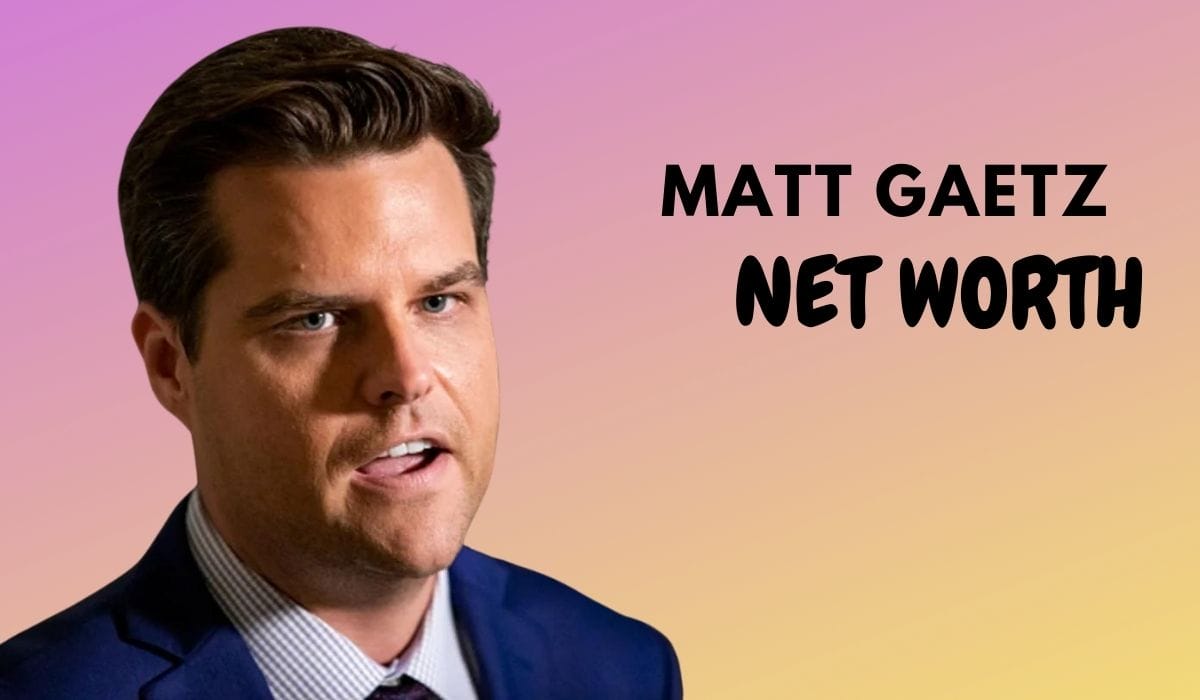 Matt Gaetz Net Worth: How Old Is Matt Gaetz Congressman?

Matt Gaetz’s net worth: Matt Gaetz is a lawyer and politician from the United States of America. He has a net worth of $700 thousand. He was elected to Congress in 2016 to represent Florida’s 1st congressional district. He began his term of office in January 2017.

Matt Gaetz was born on May 7, 1982, in Hollywood, Florida. Vicky, his mother, was a pharmacist for over two decades. Don Gaetz, his father, is a retired politician and healthcare executive. Matt’s paternal grandfather, Jerry Gaetz, was a North Dakota politician who was famous for dying of a heart attack while watching the 1964 Republican National Convention live on television. Don, Matt’s father, was sixteen years old at the time and tragically witnessed his father’s death live on television.

Don successfully lobbied Congress in the early 1980s to pass the Hospice Care Reimbursement Act. Medicare began to cover hospice costs as a result of this act. Don and some partners converted what had been a nonprofit hospice care company run by a religious organization into a for-profit entity called VITAS Healthcare a year after the law was passed.

VITAS was acquired for $400 million in 2004 by a company called Chemed. Chemed now generates approximately $2 billion in annual revenue through its two primary assets: VITAS and Roto-Rooter. According to a financial disclosure statement filed while he was a state senator, the VITA’s sale resulted in Don Gaetz’s net worth increasing to $25 million.

Matt Gaetz earned his undergraduate degree from Florida State University in 2003 and his law degree from the College of William & Mary in 2007.

Matt worked for a law firm in Fort Walton Beach following his graduation from William & Mary.

House from the Truman Show

Matt’s parents purchased a home in Santa Rosa Beach, Florida for $125,000 in 1991. Their home became famous in 1998 when it was used as the home of Jim Carrey’s character Truman Burbank and Laura Linney’s character Meryl Burbank in the film “The Truman Show.” Matt would have been around 15 years old at the time of filming.

Thus, Matt Gaetz not only grew up in the neighborhood of “The Truman Show,” he grew up in Truman’s home.

The home’s address was 36 in the film, which Don and Vicky kept fixed above the front door and a sign outside the gate reading “The Truman House.”

Matt Gaetz represented Florida’s 4th congressional district from April 2010 to November 2016. He was elected to the United States House of Representatives from Florida’s 1st congressional district in January 2017. His district encompasses a large portion of the Florida Panhandle, including Pensacola and Fort Walton Beach, where he resides. Following law school, he worked for a local law firm.

Matt Gaetz has been described as an ardent Trump supporter.

Arrest for Drunk Driving and Other Citations: In 2008, Gaetz was arrested for driving while intoxicated after leaving a nightclub on Okaloosa Island, Florida. He initially denied drinking, but then failed two field sobriety tests. Ultimately, the charges were dropped.

According to The Scripps Florida Investigative Team, Gaetz received 16 speeding tickets in Florida between 1999 and 2014.

By 2022, Matt Gaetz will have amassed a total net worth of $800 thousand. According to his 2016 financial disclosure, he had a net worth of approximately $388,000. He donated $200 thousand of his net worth to a congressional campaign at the time.

He attended Florida State University, where he earned a B.S. in interdisciplinary sciences in 2003. He then enrolled in the William & Mary Law School, where he graduated in 2007.

Bad Batch Season 2: Will There Be a Season 2 of the Bad Back?